The Humayun’s Tomb Site Interpretation Centre will focus on bringing alive the seven centuries of pluralistic cultural traditions, art and architectural history of the Nizamuddin area in a meaningful, elegant and entertaining manner, appealing to a cross section of visitors, from school children to international tourists. Enhance visitor experience and understanding of the Humayun’s Tomb World Heritage Site and be a centre for learning for the 300,000 annual school children visits.
In response to a dramatic increase in visitors to Humayun’s Tomb in Delhi, the Aga Khan Trust for Culture is constructing a state-of-the-art site interpretation centre in partnership with ASI at the entrance to the Tomb. The Centre’s aims include a better understanding of Mughal architecture, its associated building craft traditions, and the development of the Nizamuddin area’s pluralist cultural traditions, which defined Hindustani culture for at least five centuries.

Although Humayun’s Tomb has evolved into a recognizable city icon, only a fraction of the city’s population is fully aware of the site’s significance. The Centre aims to ‘INFORM’ its visitors of the historically, culturally and naturally rich setting of the Humayun’s Tomb Complex and its environs. It will acquaint the tourists about the history of the area, monuments and its evolution, before they visit the original splendor.

The Nizamuddin heritage precinct has seen an unbroken history of seven centuries of building activities and cultural confluence. With royal families ranging from the rulers of Delhi Sultanate to the Mughals and finally till the British contributing here, the Centre will narrate the evolution and consolidation of the area into one large historic precinct by engaging visitors through a multitude of information conveyed through numerous user-friendly mediums.

With the heritage zone stretching over 250 acres, the Nizamuddin Area has enough ‘visitor attractions’ to engage visitors from 2-hours to 2-days. Ranging from a world heritage site to a revered saint’s dargah to a biodiversity zone, the Humayun’s Tomb Site Interpretation Centre will offer a gamut of itineraries of varying duration ensuring each visitor a fulfilling experience as per their needs and interests.

Our disappearing performing arts and crafts traditions are still alive in the Nizamuddin Area and the Interpretation Centre will play a vital part in not only documenting these but also exhibiting them in an ever-evolving space targeted at all kind of visitors –intending to glance through the exhibits; spending a relaxed time experiencing the ‘interpretation of the site’; and also offering something new to frequenting visitors.

Owing to the culturally rich setting of Nizamuddin Area, the Centre will be a window to over two million tourists coming to the site for showcasing the Mughal grandeur and architecture; the life and music of cultural icons like Khusrau, Rahim, Jahanara Begum buried in Nizamuddin; encapsulating information for research; documentation of the traditional practices used in conservation; education and display of the Mughal heritage and history of pre-Shahjahanabad Delhi.

The Centre will provide excellent visitor facilities ensuring a comfortable experience for the scores of visiting tourists. The Centre will become as a main source of learning and inspiration on the topic –for the visitors/tourists to explore in further. The visitors will come away enriched with knowledge, understanding and a deepened appreciation for the city’s histories and cultures and with the conservation efforts that sustain them.

About Humayun's Tomb Interpretation Centre A facility of the Archaeological Survey of India Funded by the Ministry of Tourism, Government of India

The Humayun’s Tomb –Sunder Nursery –Hazrat Nizamuddin Basti zone is a unique blend of the tangible and intangible heritage that has evolved over seven centuries in the heart of the nation’s capital. A state-of-the-art site interpretation centre being built at the entrance of the World Heritage Site, which will enhance visitor experience; allow a better understanding of Mughal architecture and building craft traditions; shed light on the development of the Nizamuddin area over a millennium; and, most significantly, explain the pluralist Sufi cultural traditions that defined Hindustani culture for at least five centuries in a contemporary experience worthy of a 21st century addition to this extraordinary World Heritage Site. Humayun’s Tomb entrance zone was considered most appropriate as this would enable the Centre to serve as a bridge between the (presently) segregated sites of Humayun’s Tomb, Sundar Nursery and the Hazrat Nizamuddin Basti. Ground-penetrating radar surveys confirmed the results of the archival research that showed that no archaeological remains existed on the site. The Centre is will serve as the first point of visit for tourists interested in visiting Mughal India’s prominent monuments, including the Taj Mahal, which was built after – and inspired by – Humayun’s Tomb.

Sectional view of Site Museum with the Tomb in the background 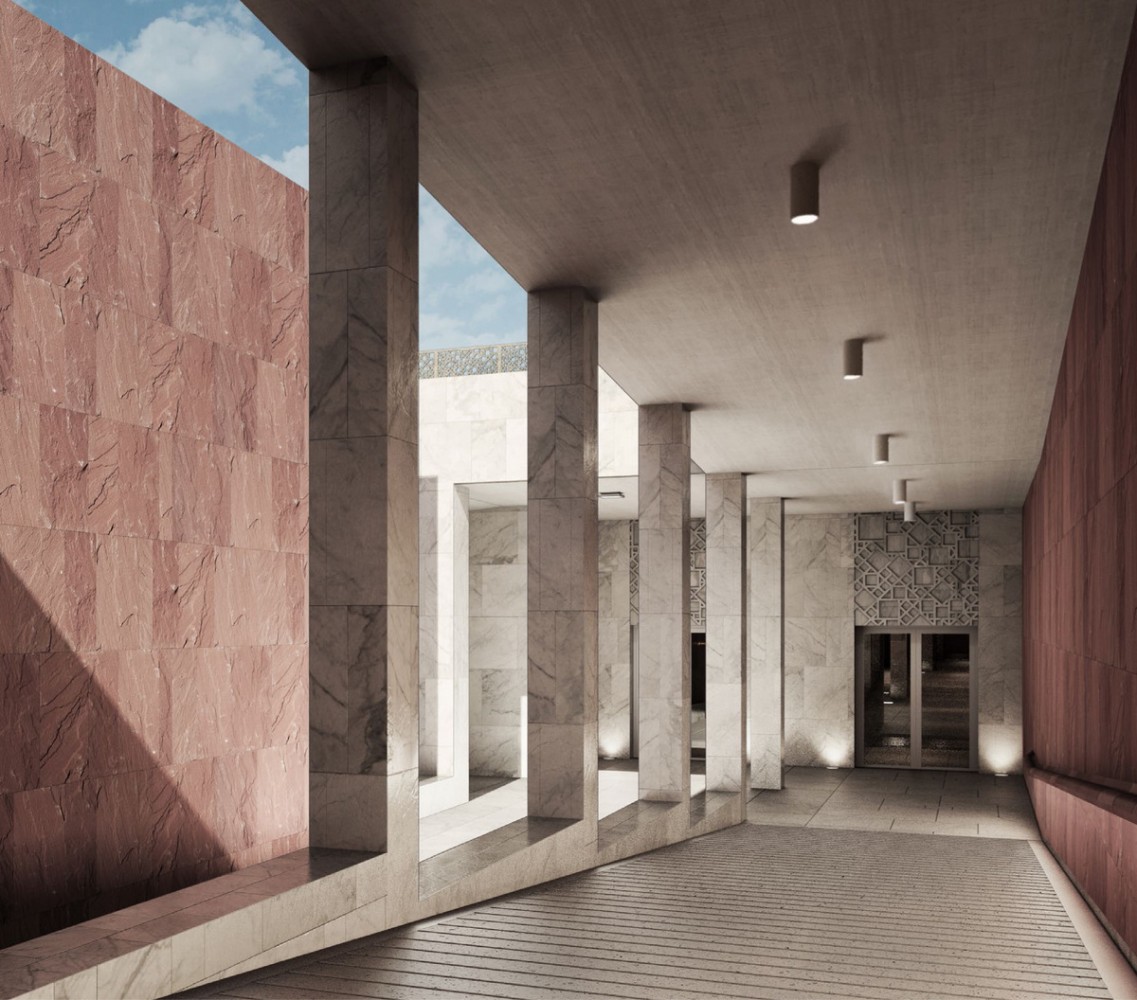 Architectural rendering of the entrance ramp 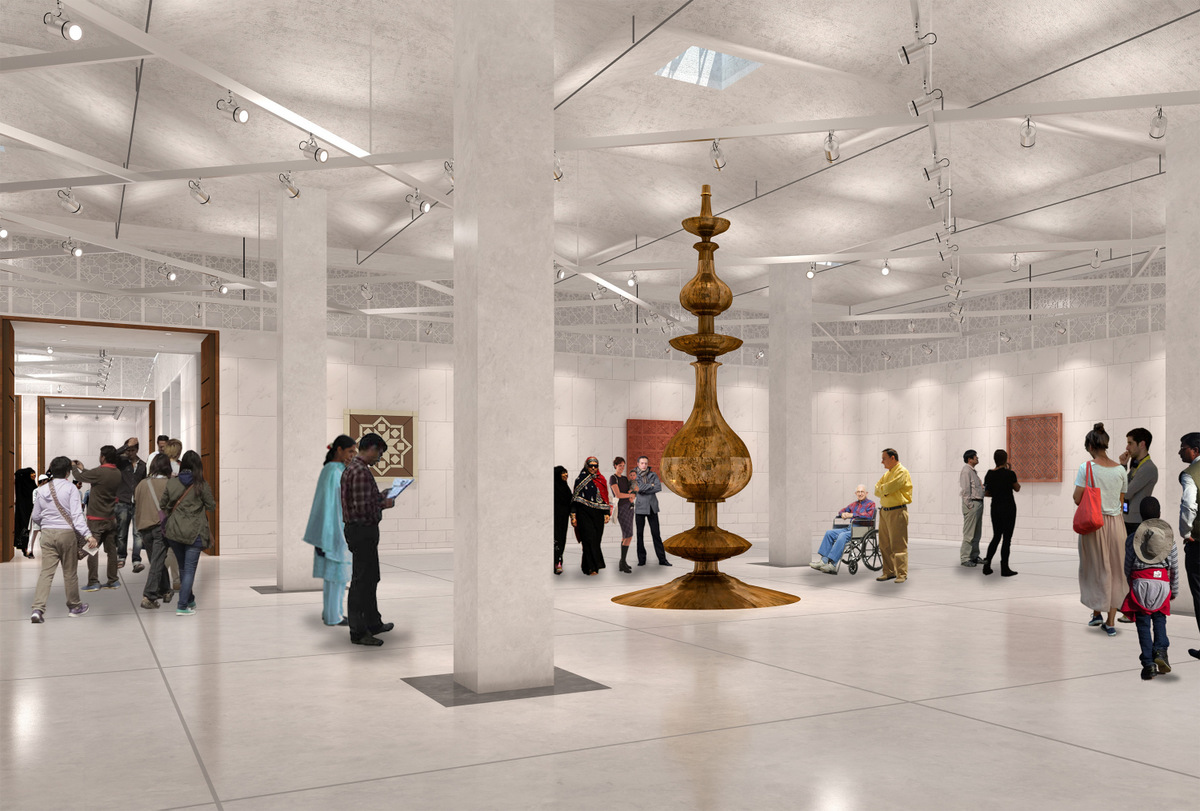 Architectural rendering of the Finial Gallery 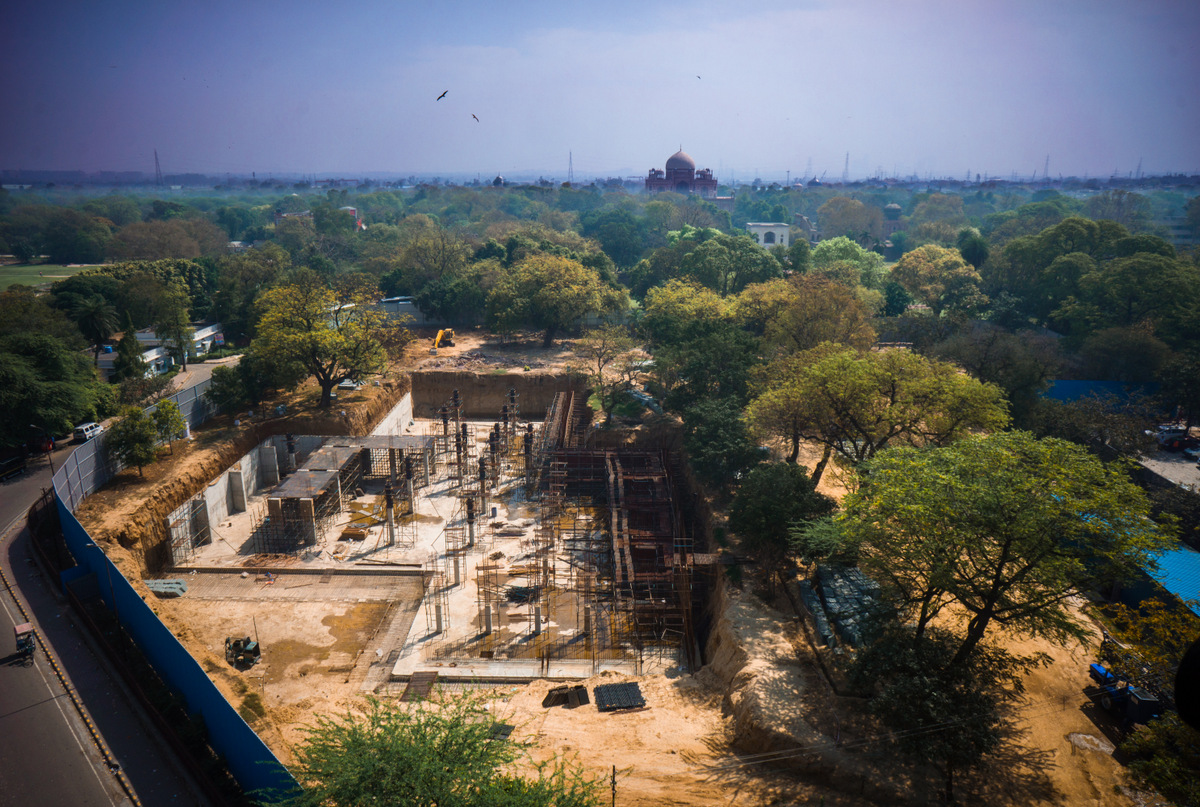 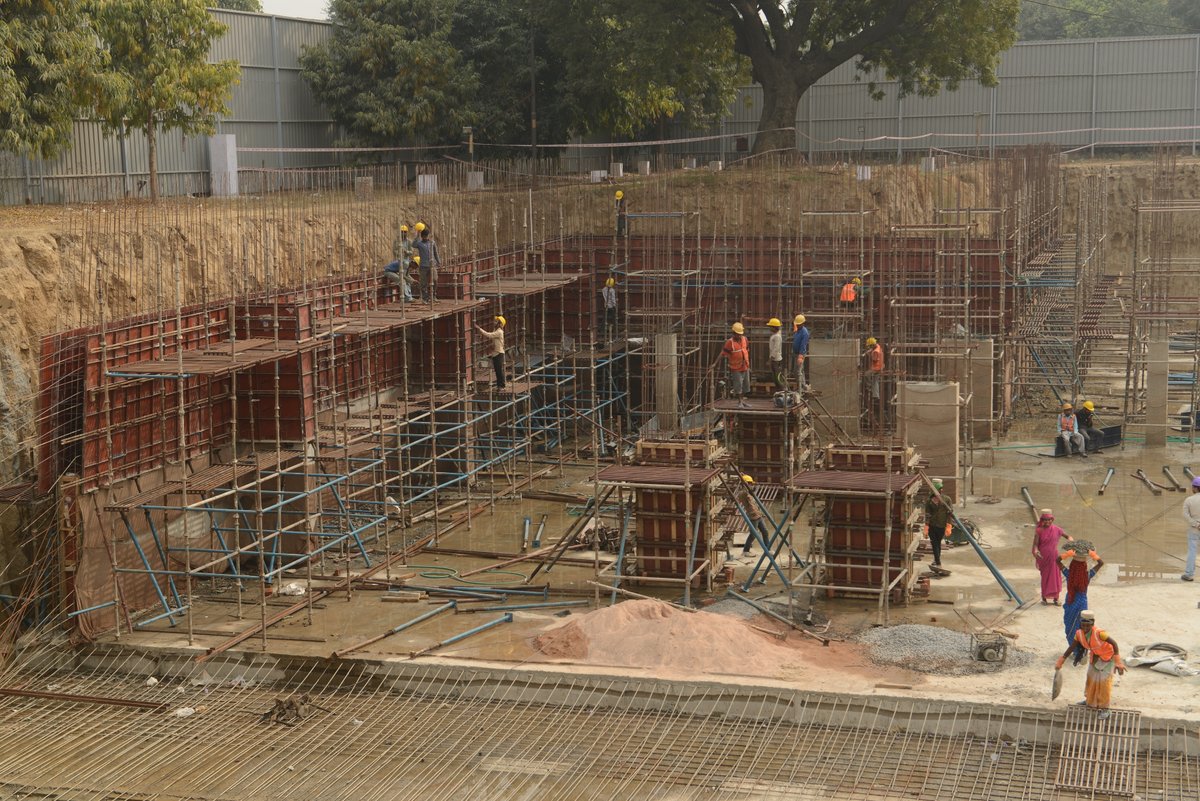 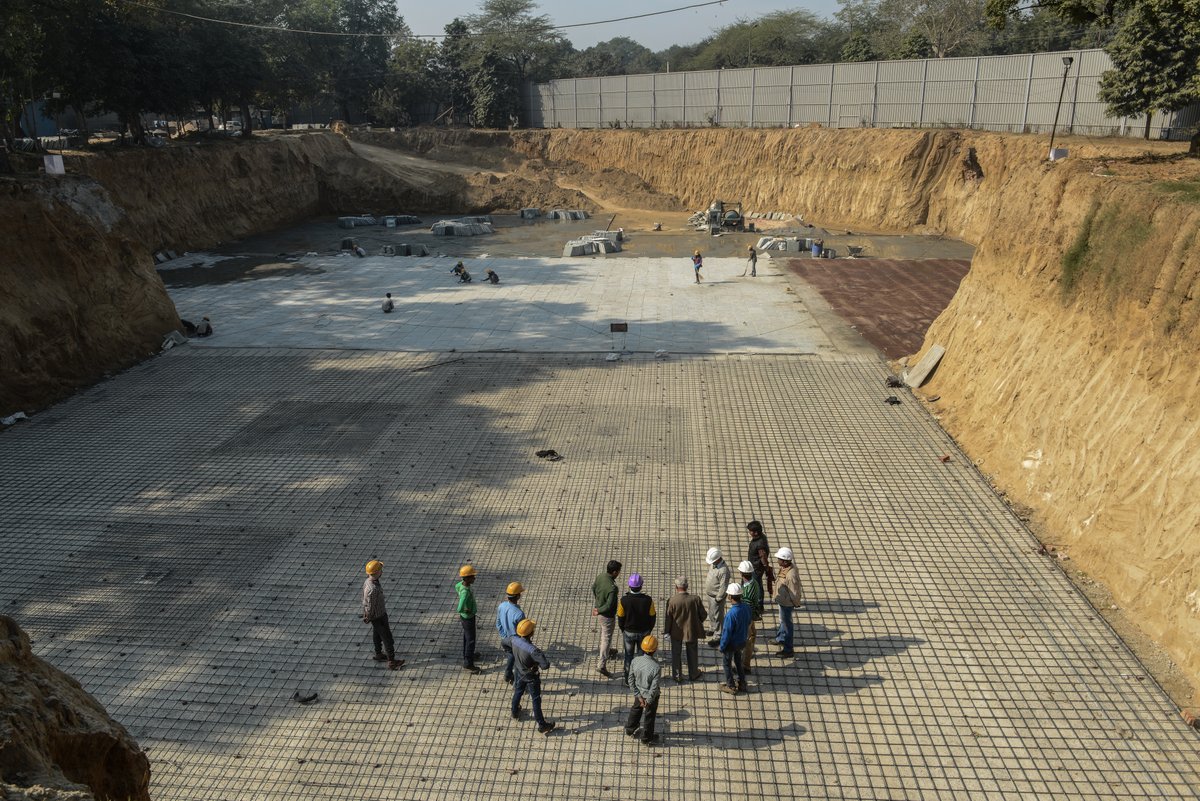 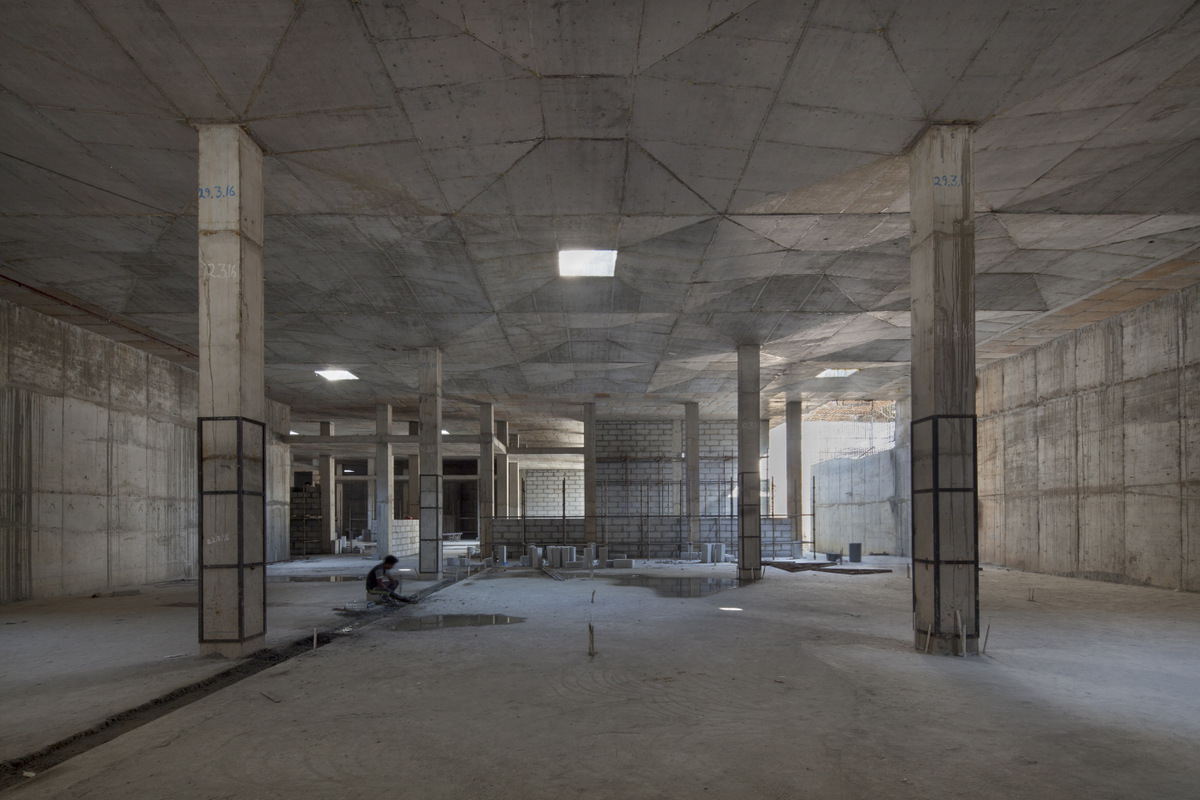 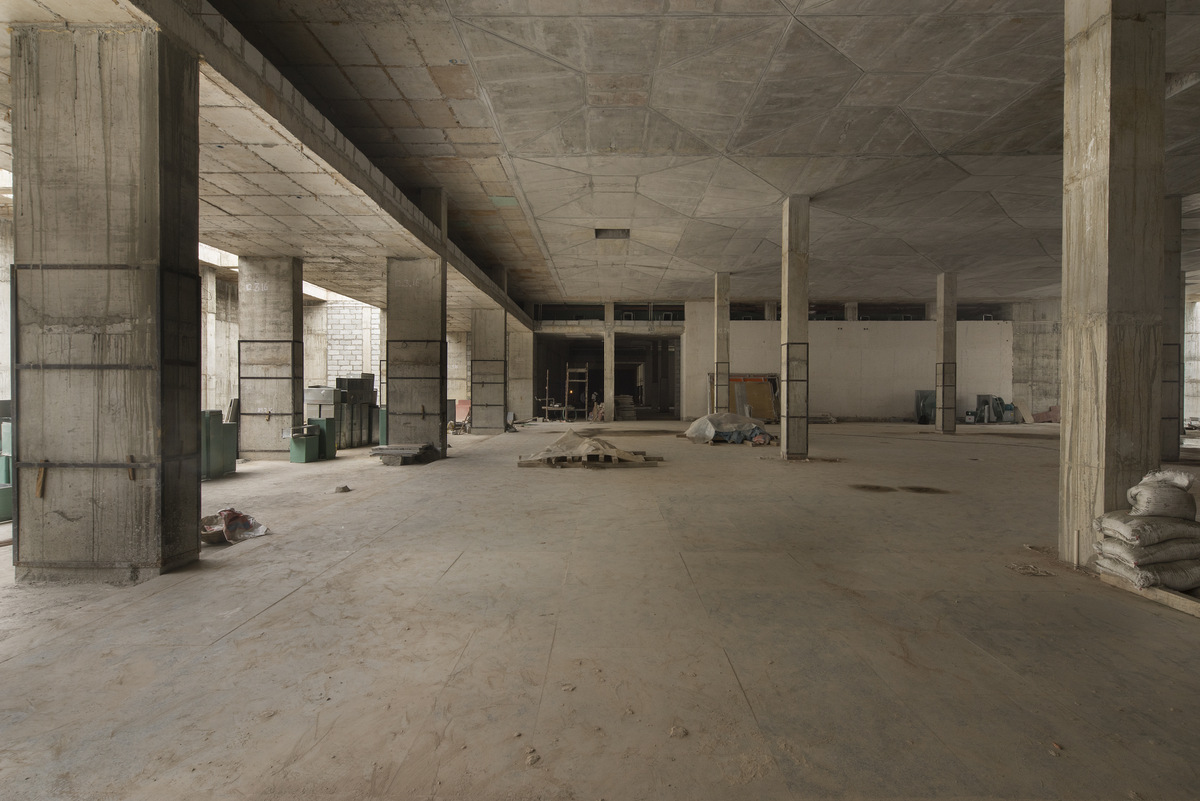 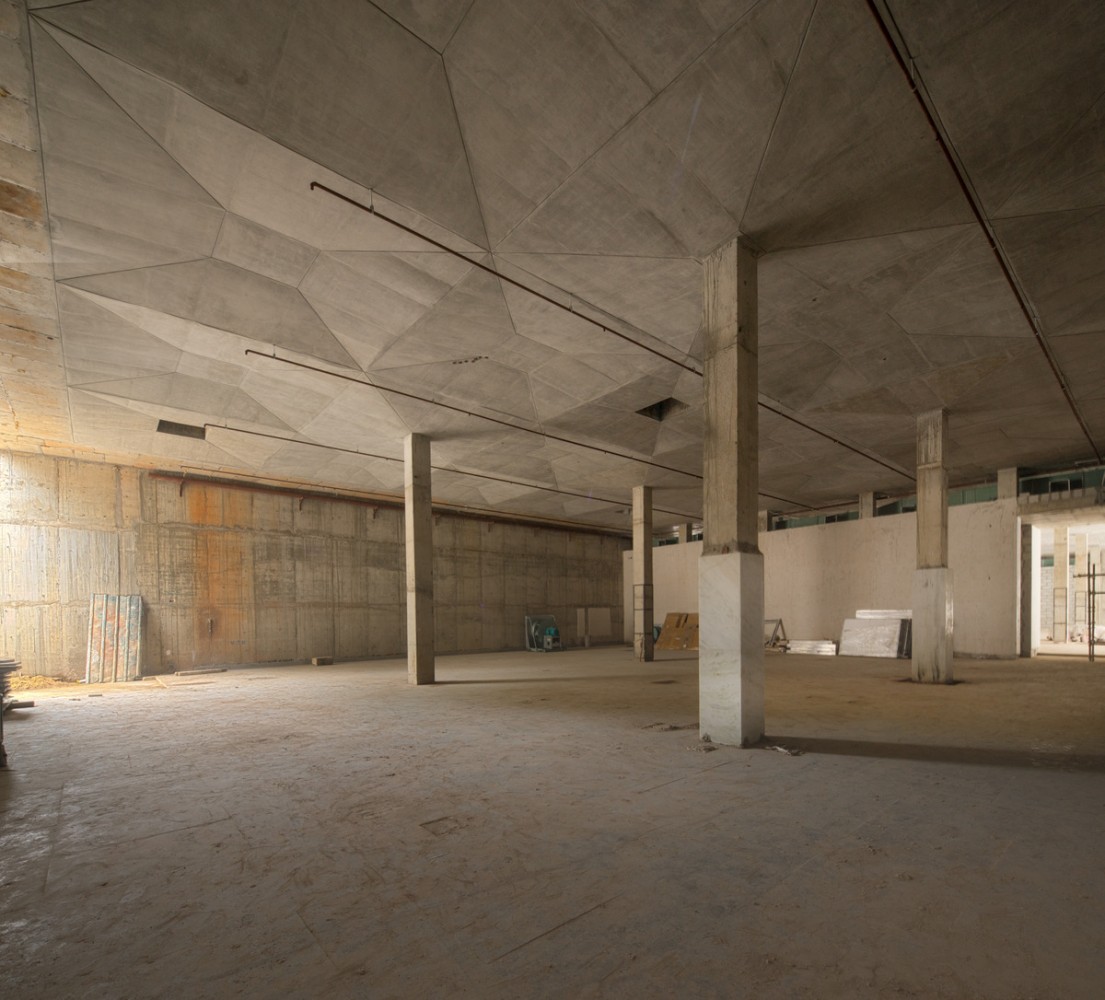 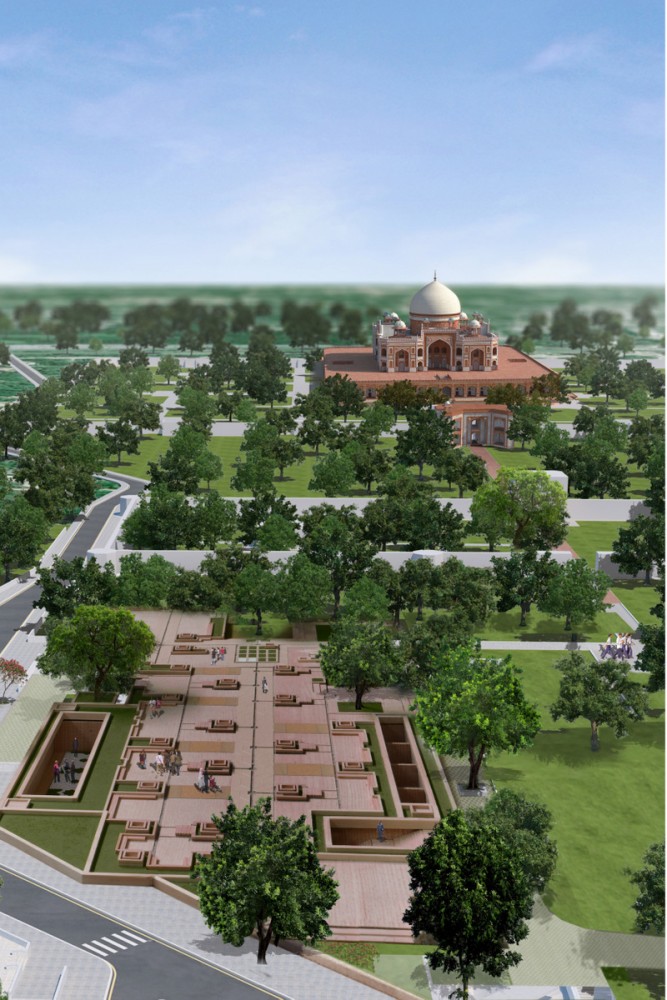 Artist's redering of the Site Museum with the Tomb in background 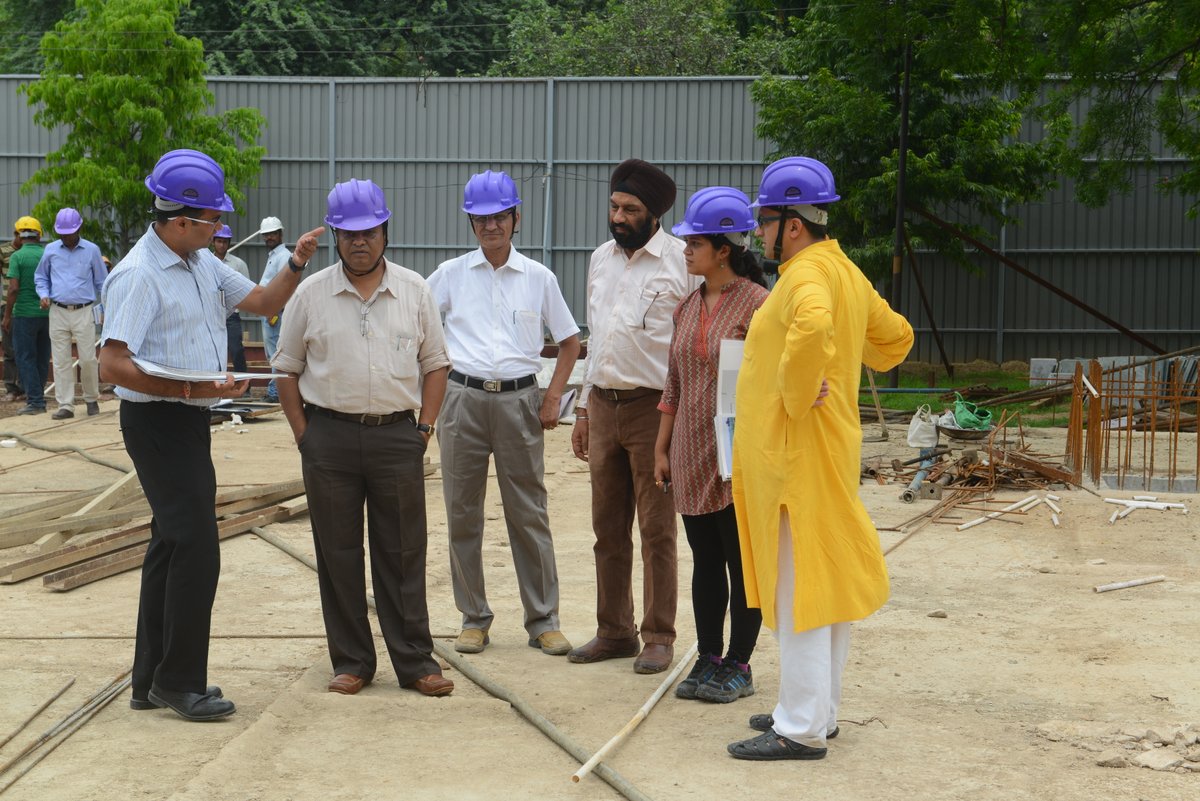 Regular site visits by officials from Ministry of Toursim

The need for a Site Interpretation Centre was first expressed in 2010 by the Archaeological Survey of India. Planning studies commenced to determine the most appropriate site to serve visitor needs as well as enhance interest in the Nizamuddin area – without disfiguring the historic character of the area or damaging any underlying archaeology and mature trees. Following planning permissions received from the Land & Development Officer of the Government of India’s Ministry of Urban Development, National Monument Authority, Delhi Development Authority, Delhi Government’s Chief Fire Officer, South Delhi Municipal Corporation, Delhi Urban Art Commission, amongst others, construction commenced in April 2015 and is expected to take 30 months.

The project is being undertaken by a multidisciplinary team comprising of a wide range of expertise, including architects; civil, structural, hydraulic and electrical engineers; historians; conservation and landscape architects; educators; monitoring and evaluation experts; horticulturists and ecologists; designers; project managers, administrators and finance specialists. The team is guided by specialised consultants who have been trained to take up significant responsibilities.