Standing to the north of the Humayun’s Tomb World Heritage Site, the 11 acre “Batashewala Complex” includes two Mughal era tomb-garden enclosures within which stand three tombs, of national importance, and protected by the Archaeological Survey of India (ASI). They are a significant part of the 16th century Mughal necropolis adjacent to the Dargah of Hazrat Nizamuddin Auliya, the 14th century Sufi saint who has been revered for seven centuries. The tomb of Mirza Muzaffar Hussain, grand-nephew of Emperor Humayun and son-in-law of Emperor Akbar, is the principal tomb in the complex.
The Chota Batashewala and the domed Mughal tomb can be considered contemporary because of their location in the complex and their architectural character.
In addition to their historical significance, their association with the Mughal royal family and the architectural significance of the unique plan for all three structures, the tombs stand within a significant archaeological zone comprising of other 16th and 17th century garden-tombs.

The restoration of the 11-acre “Batashewala complex” – undertaken by the Aga Khan Trust for Culture in collaboration with the Archaeological Survey of India with a grant from the U.S Ambassador’s Fund for Cultural Preservation. The complex includes three 16th century garden-tombs, including the tomb of Mirza Muzaffar Hussain, grand-nephew of Emperor Humayun and son-in-law of Emperor Akbar. The Complex, which is adjacent to the Humayun’s Tomb world heritage site, had suffered from decades of neglect and inappropriate development. The conservation efforts on the complex by the Aga Khan Trust for Culture began in 2011, following a US$ 750,000.00 grant from the U.S Ambassador’s Fund for Cultural Preservation. The multi-disciplinary team worked towards reversing the damage through a painstaking, craft-based effort aimed at restoring the historic architectural character of the site. Traditional materials and building techniques were employed in order to replace 20th century alterations carried out with modern materials, such as cement. Portions of the structures and the enclosure walls – demolished in 1989 to create a camp site – were reconstructed. The Mughal char-bagh landscape design of the two enclosed gardens was restored. Trees favoured by the Mughals – mango, neem, citrus, amongst others – were planted. 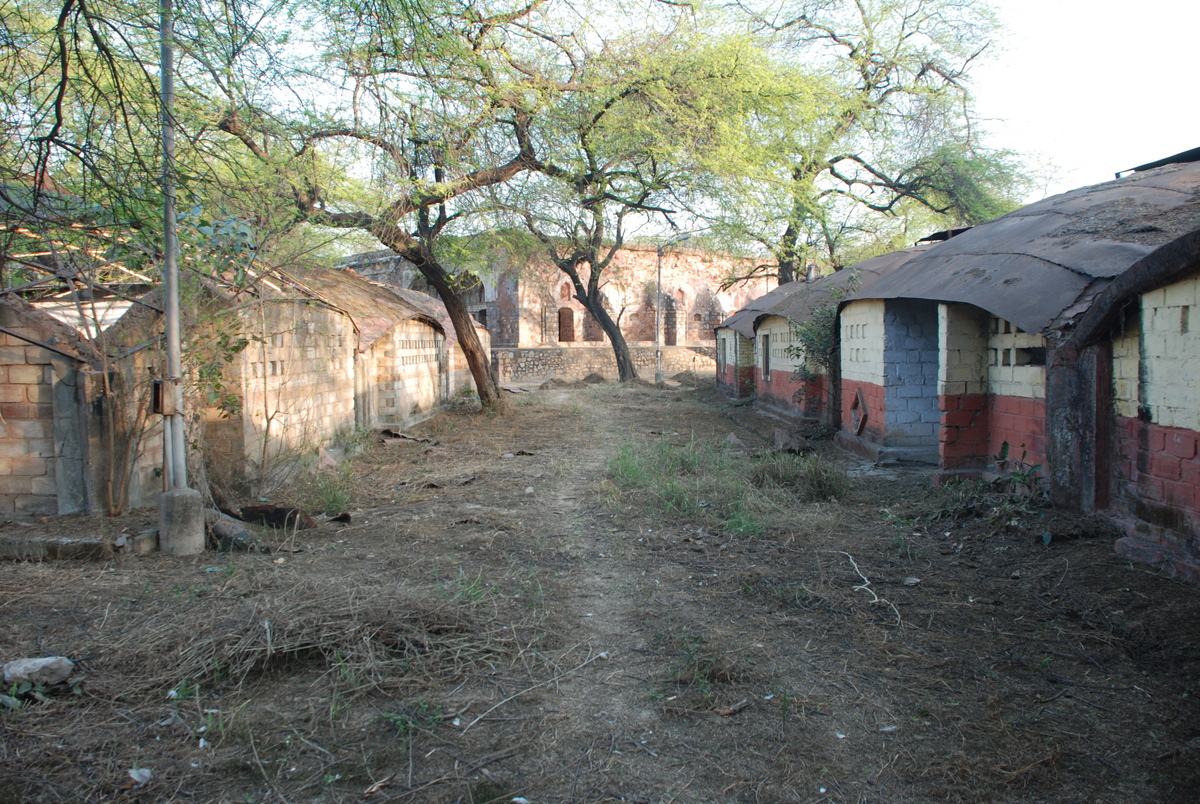 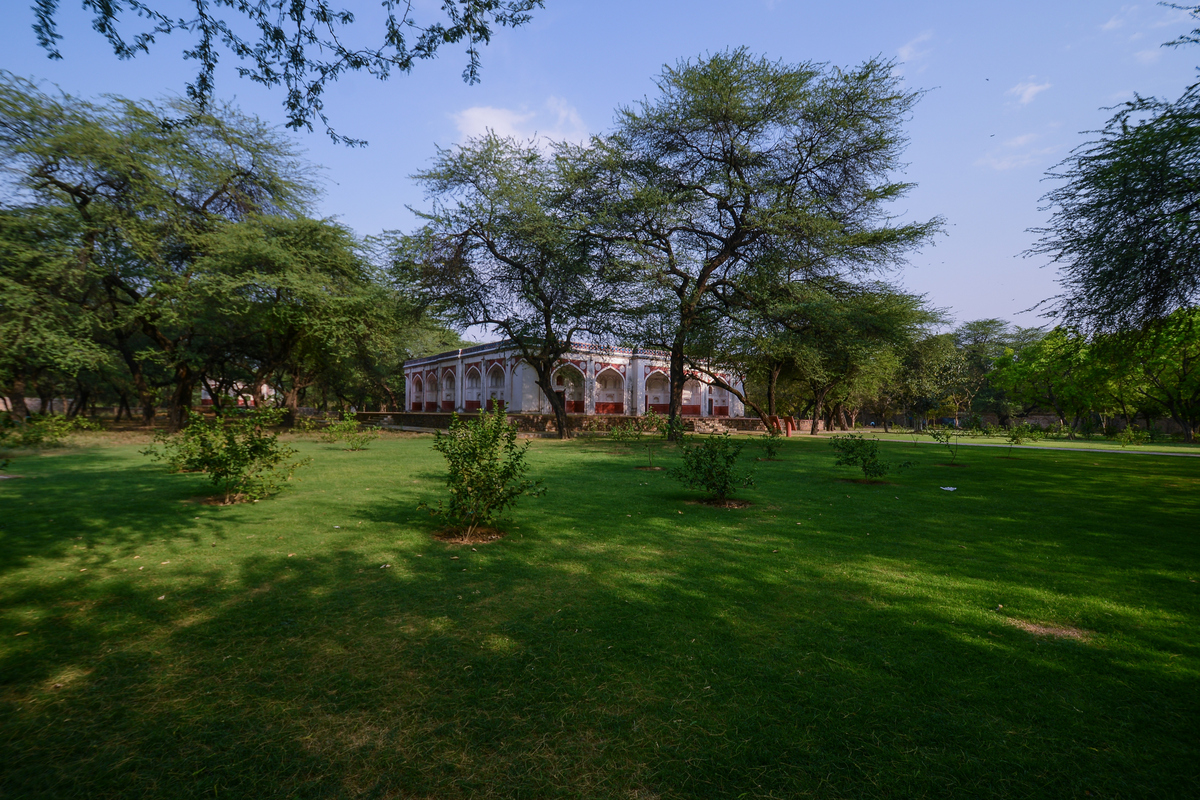 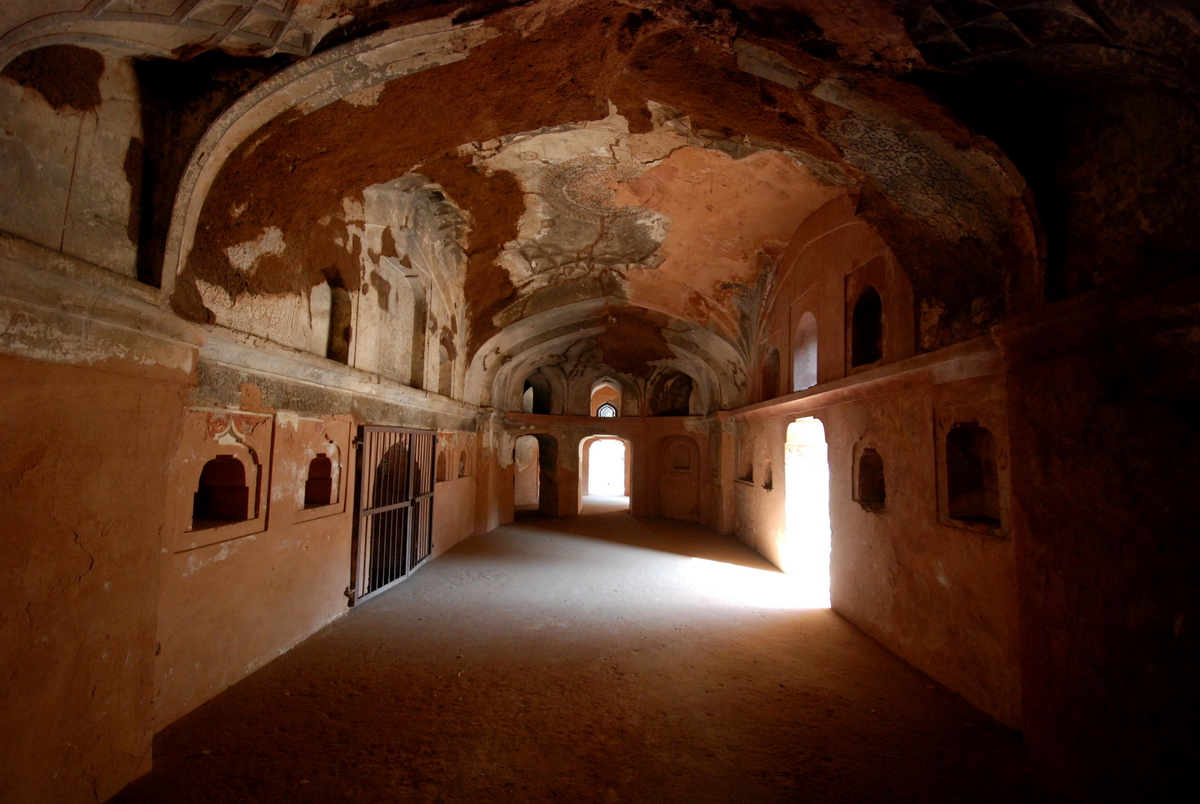 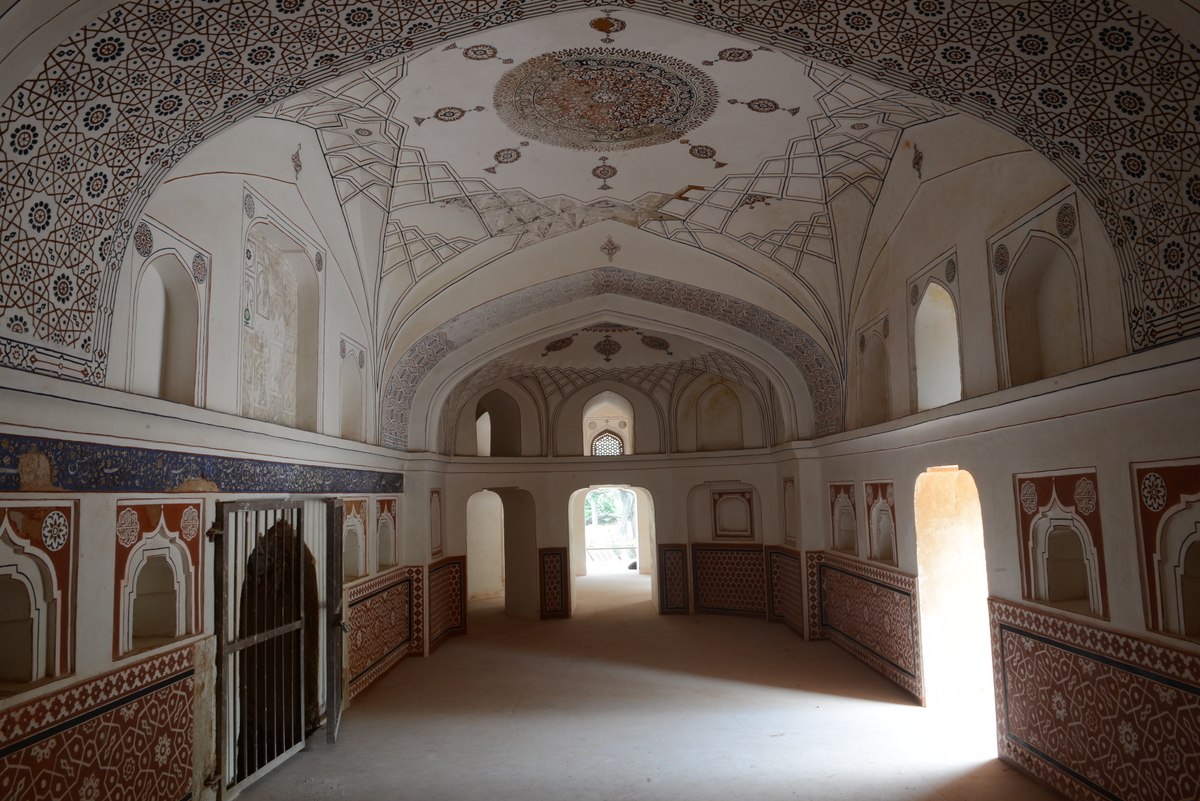 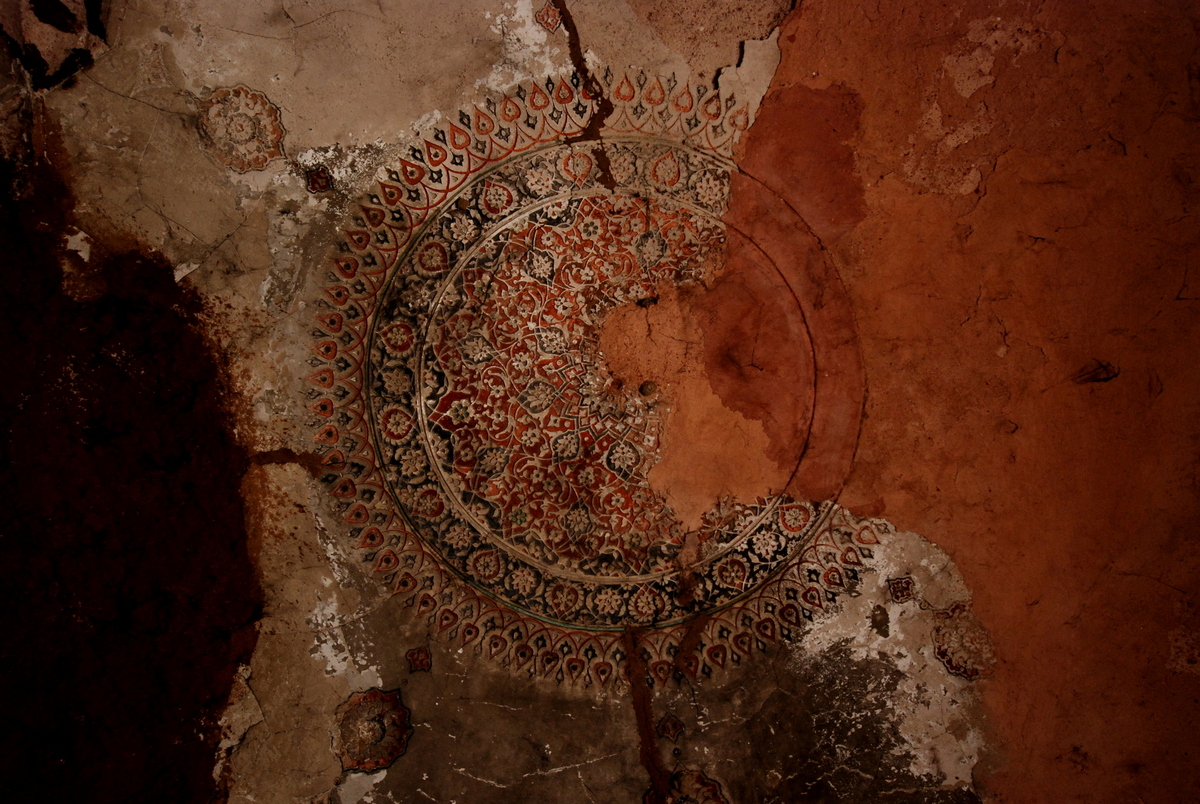 Internal ceiling damaged due to water ingress and cement repairs 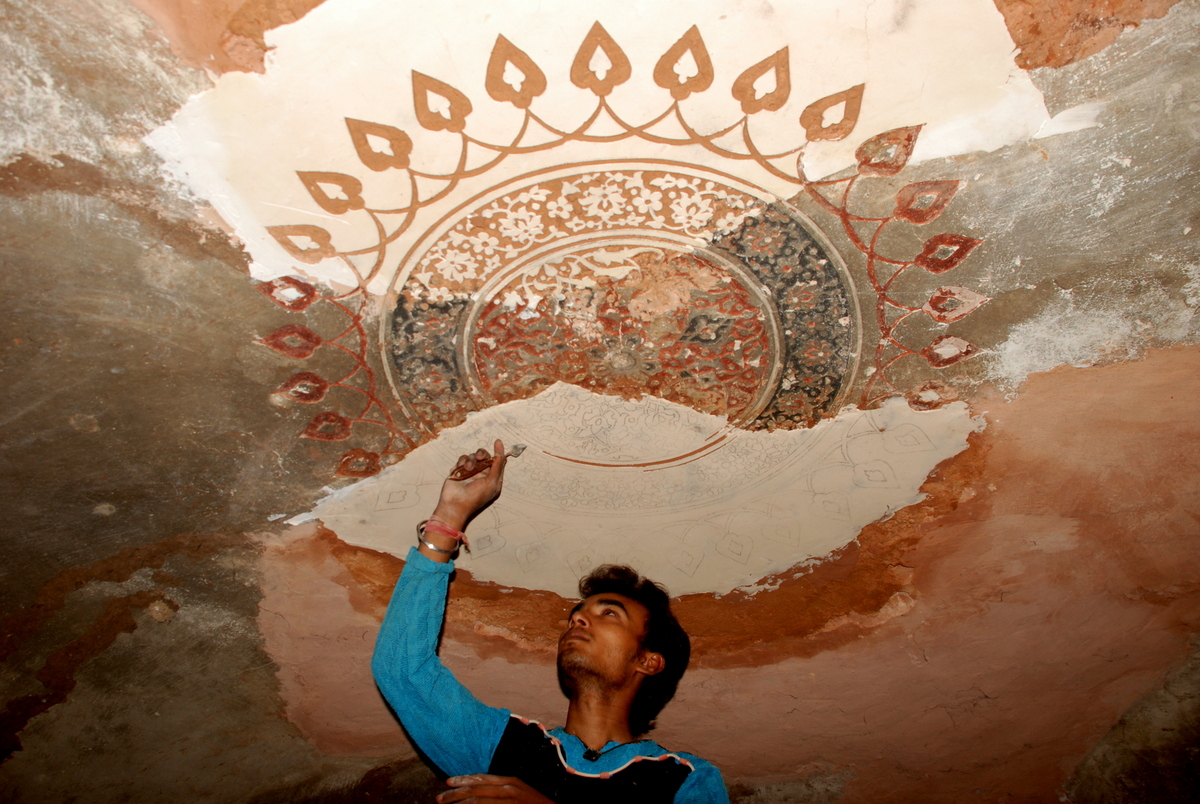 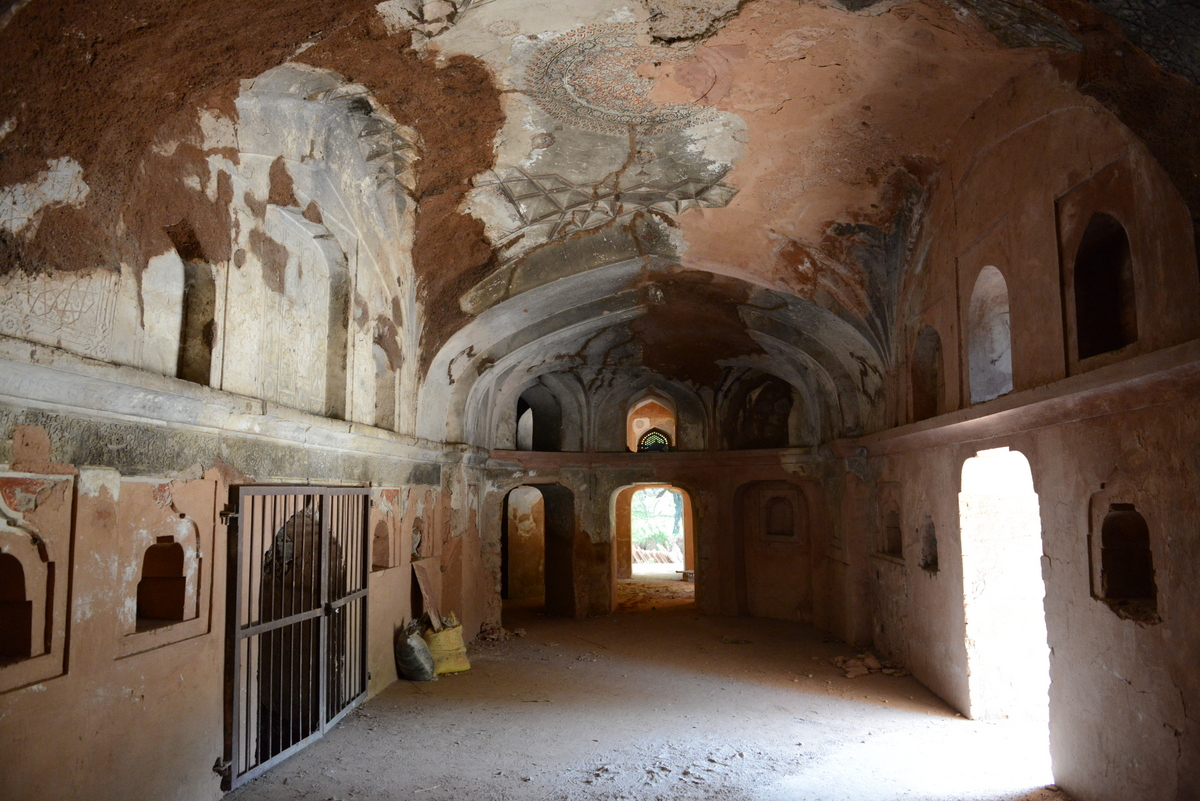 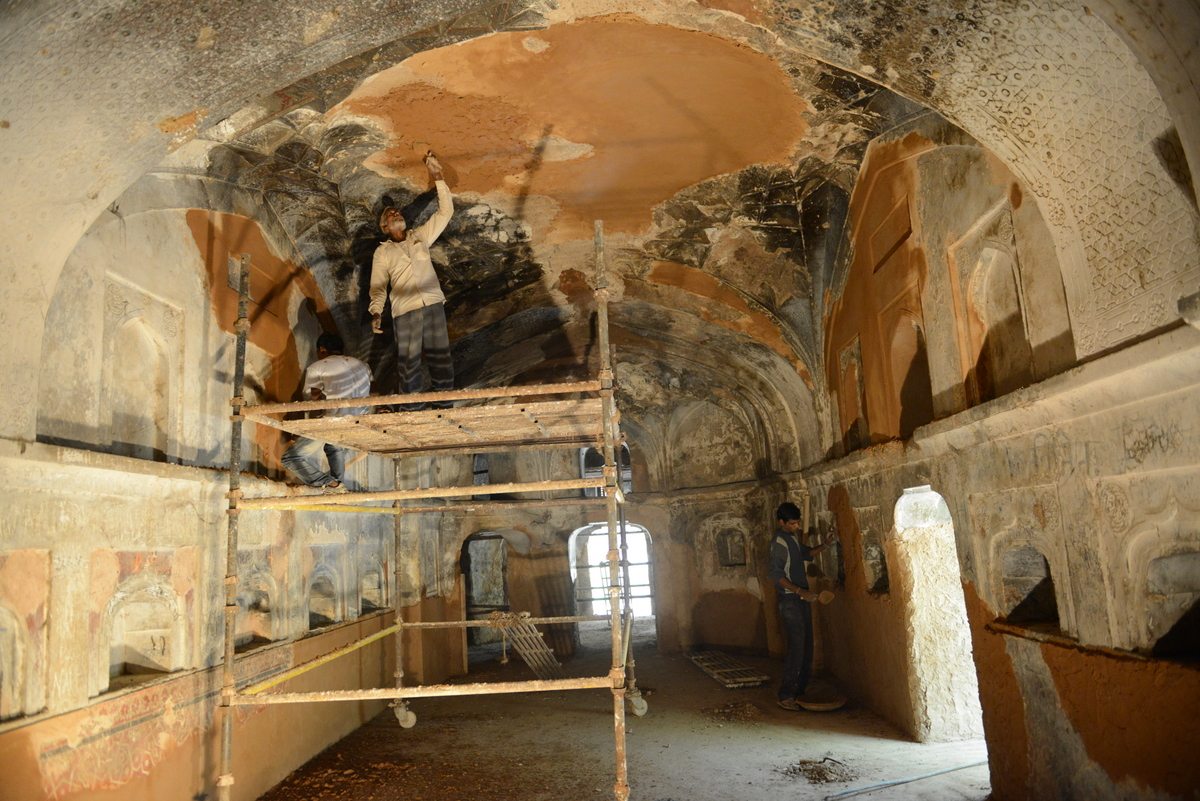 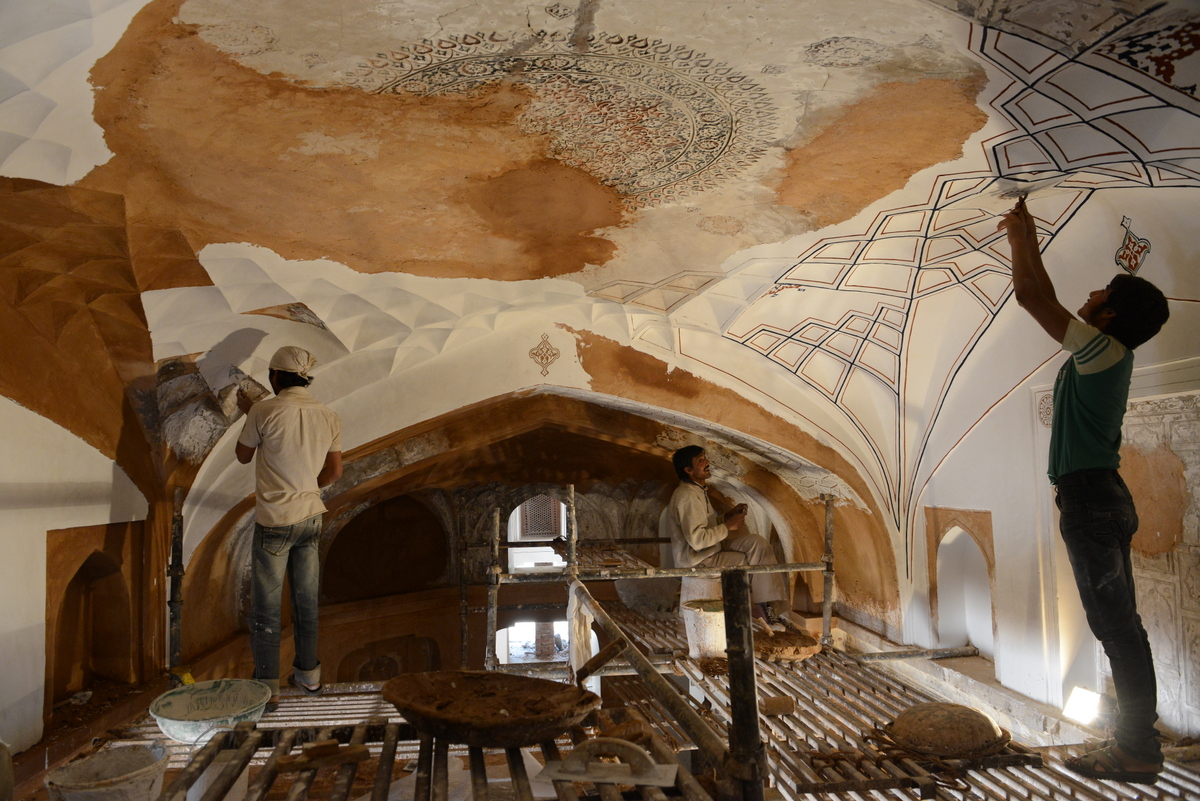 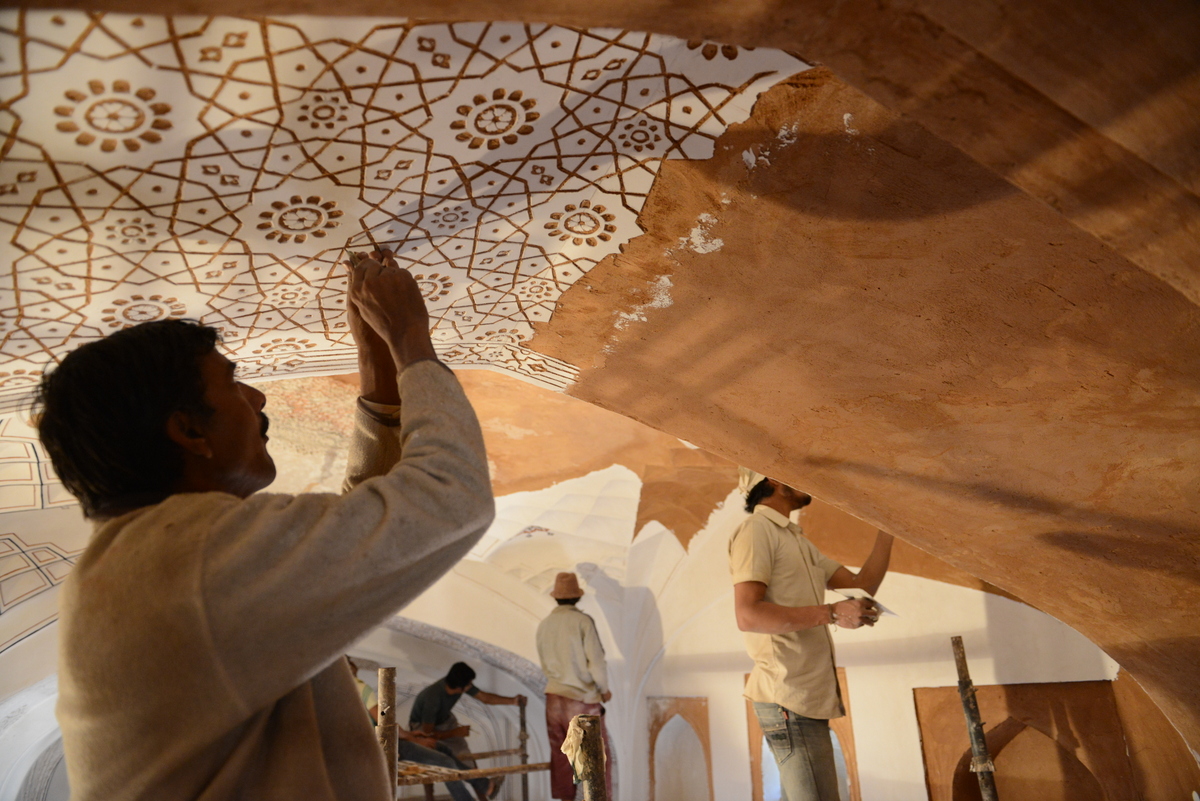 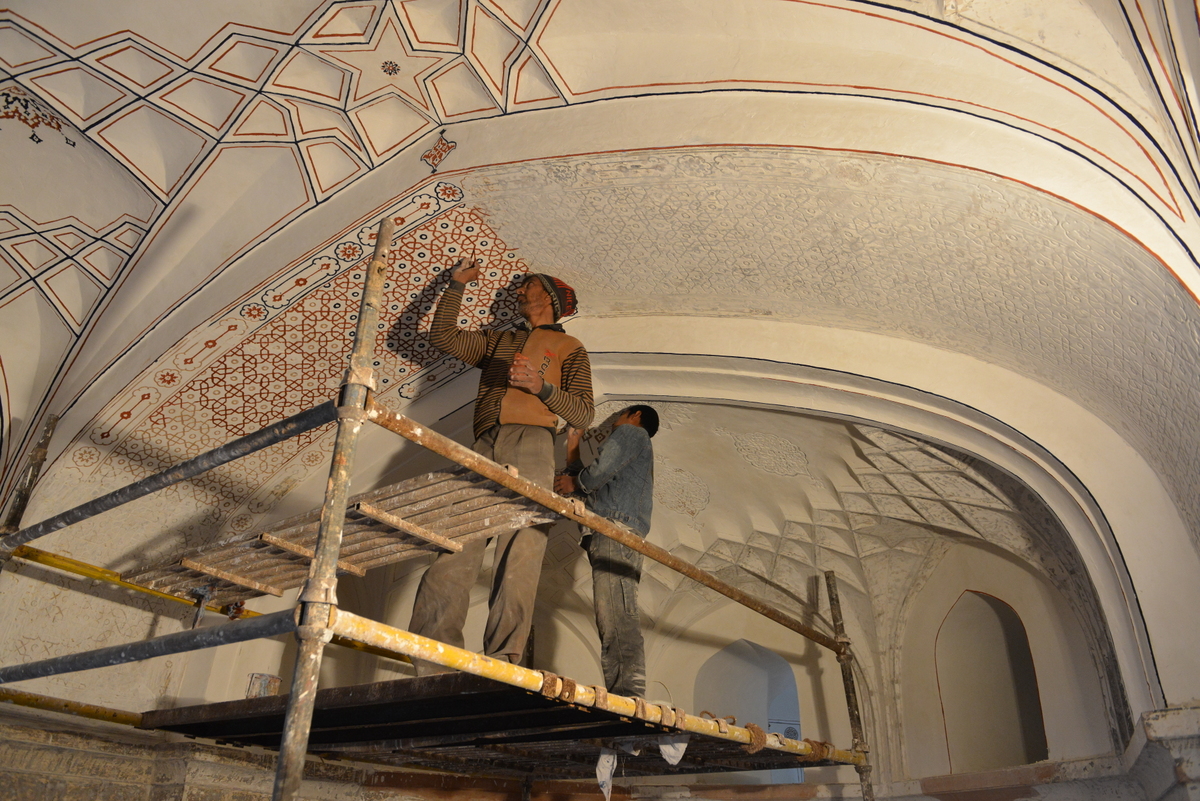 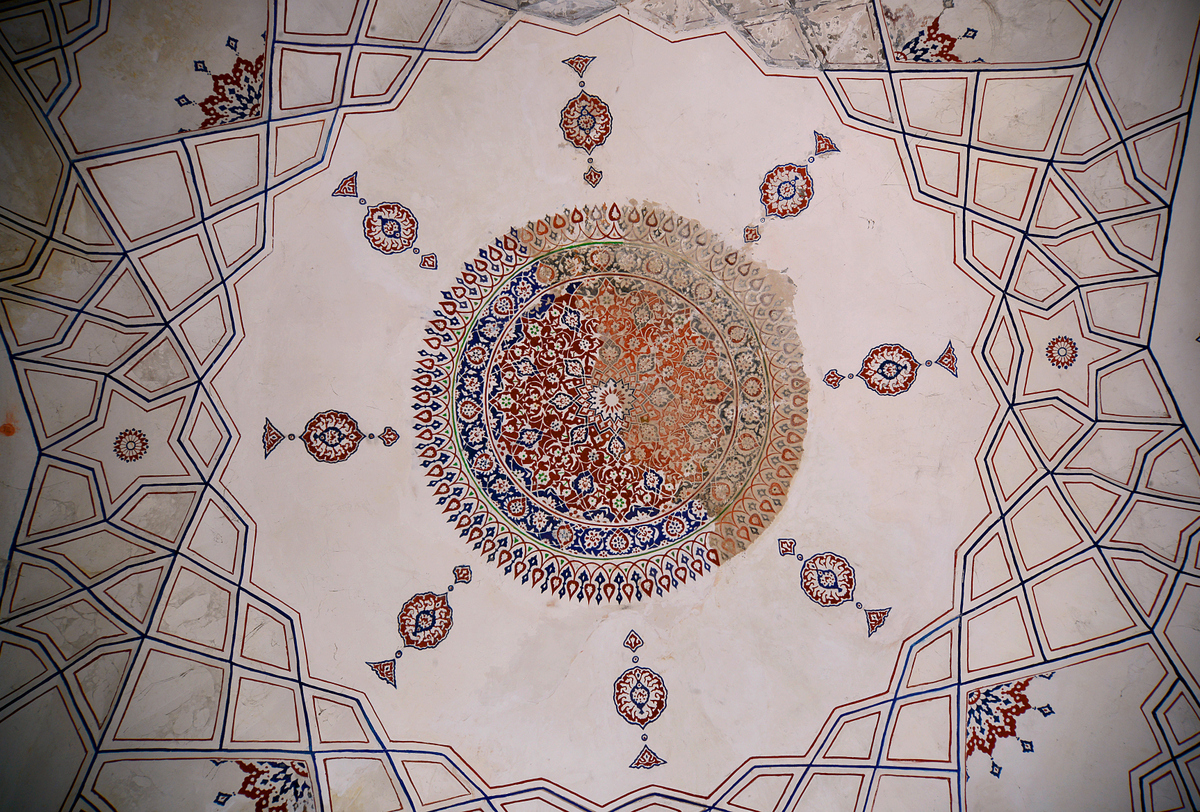 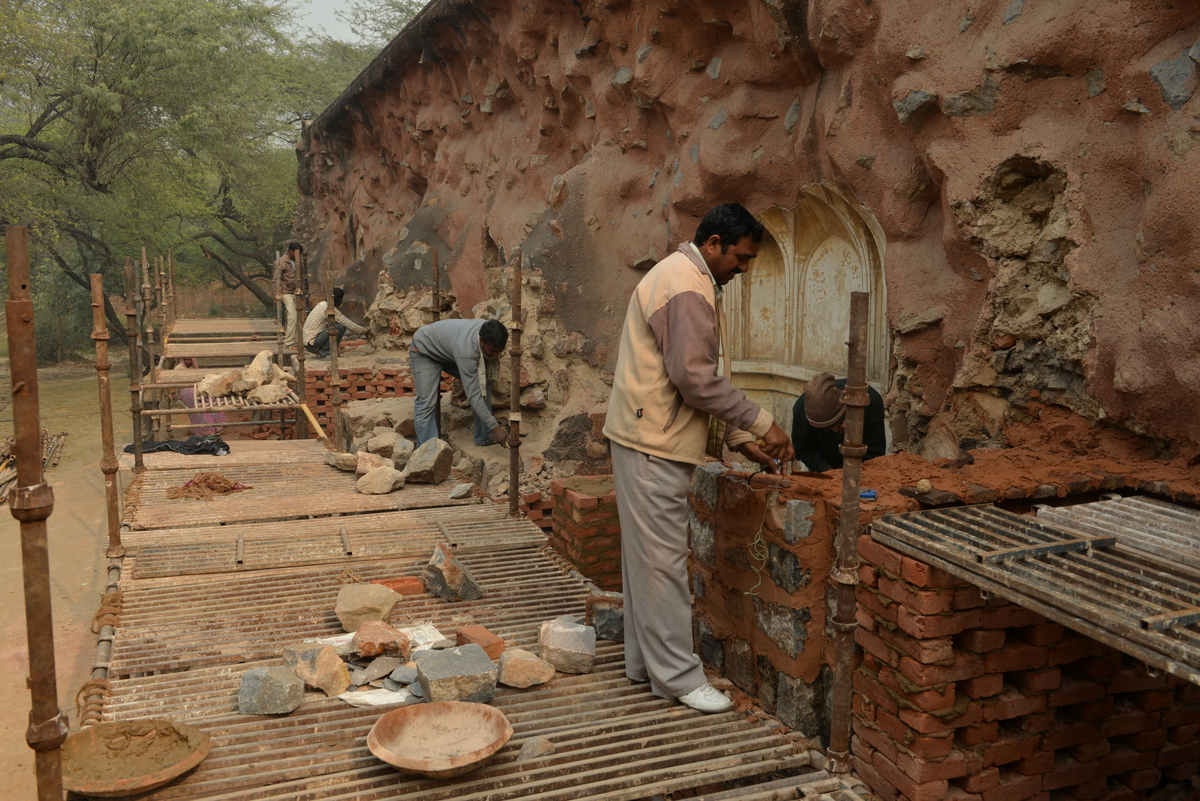 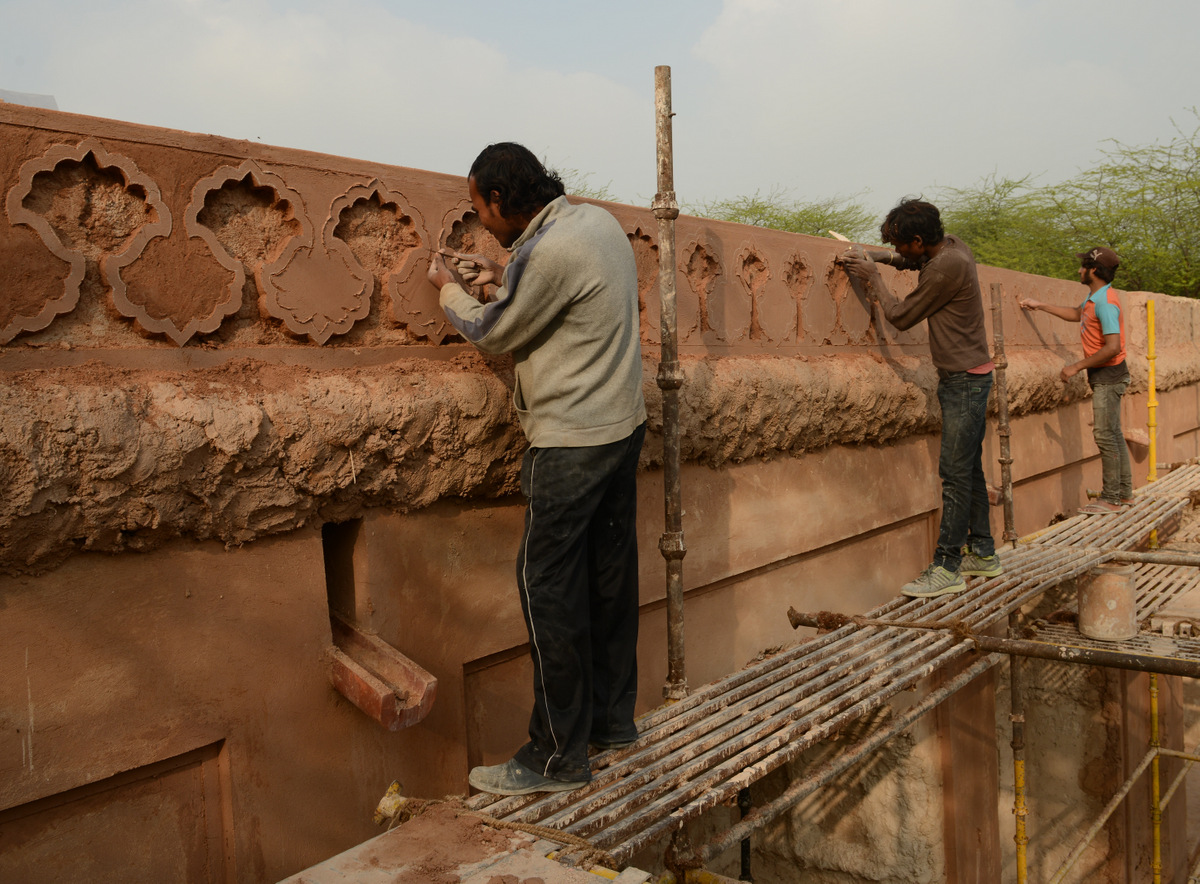 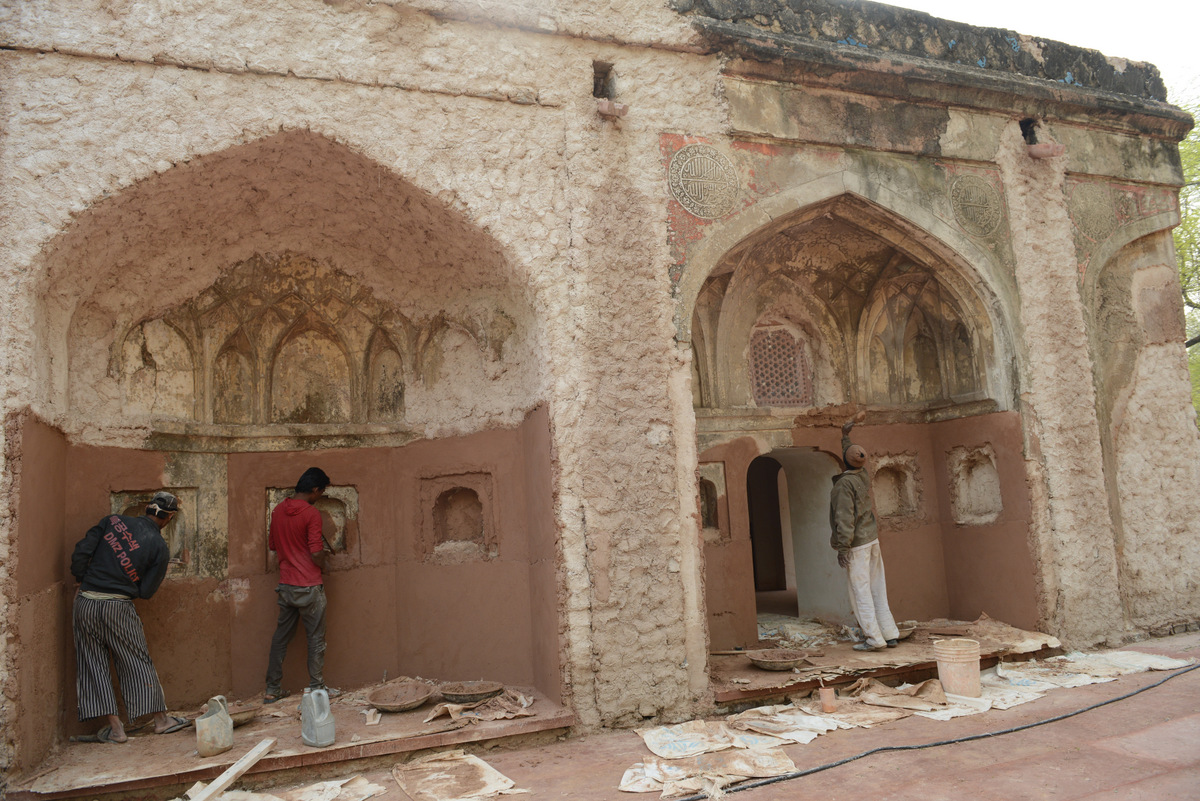 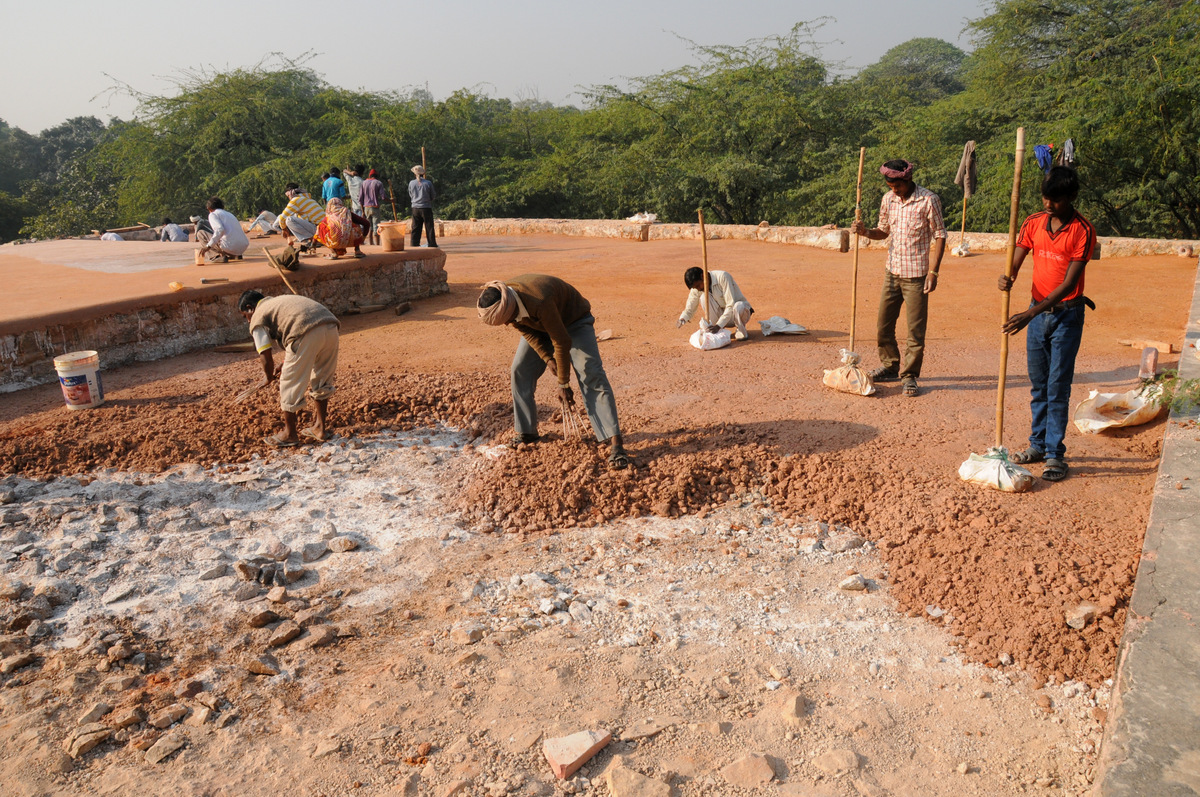 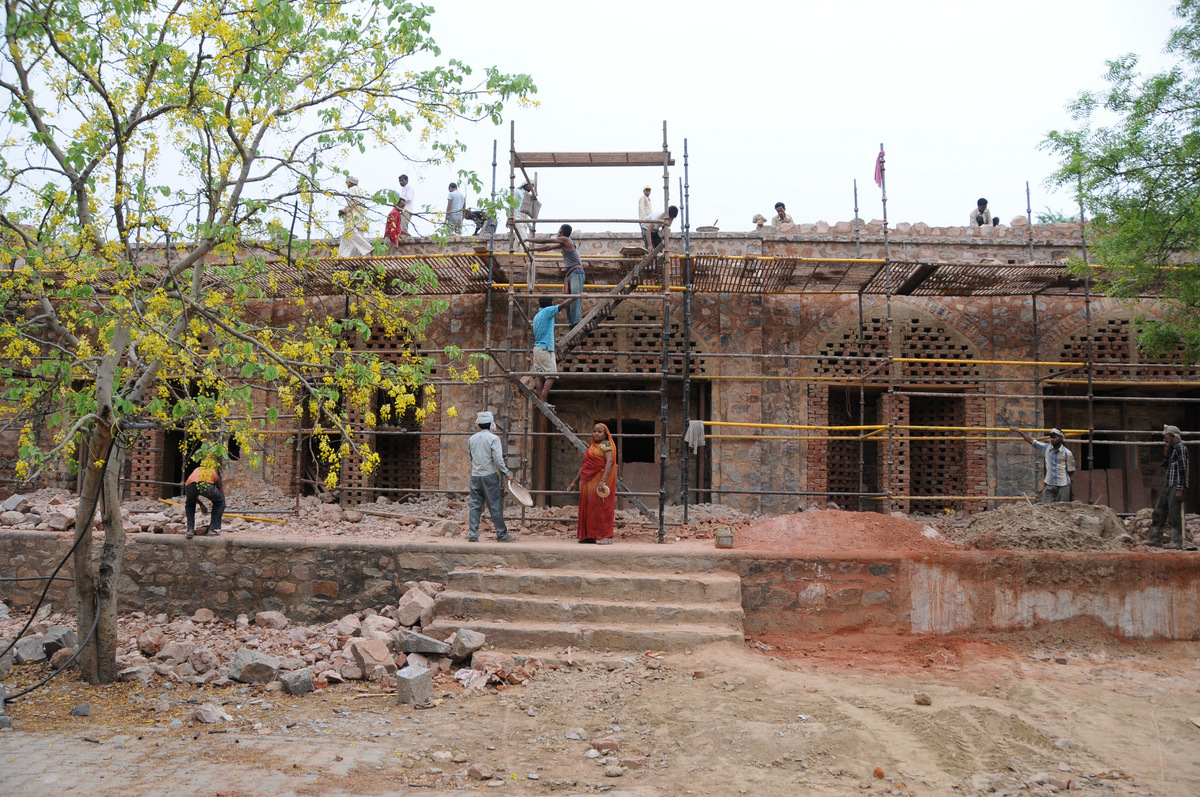 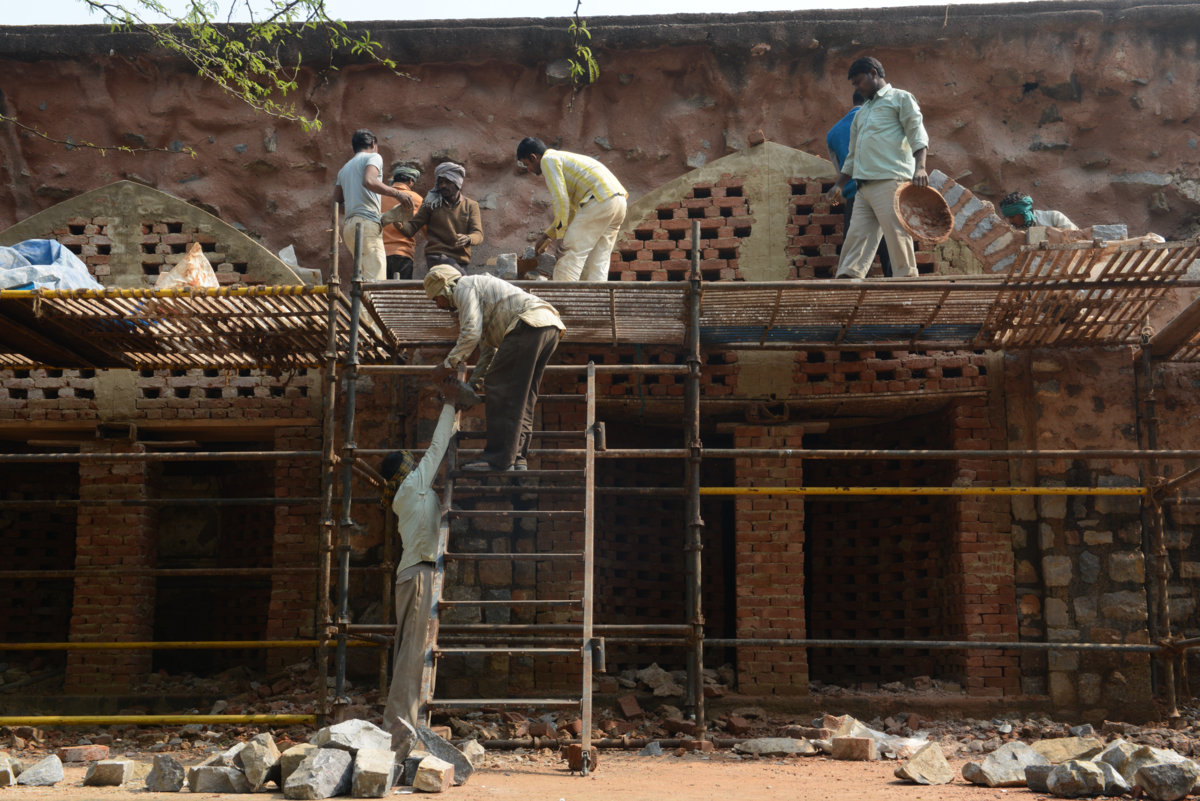 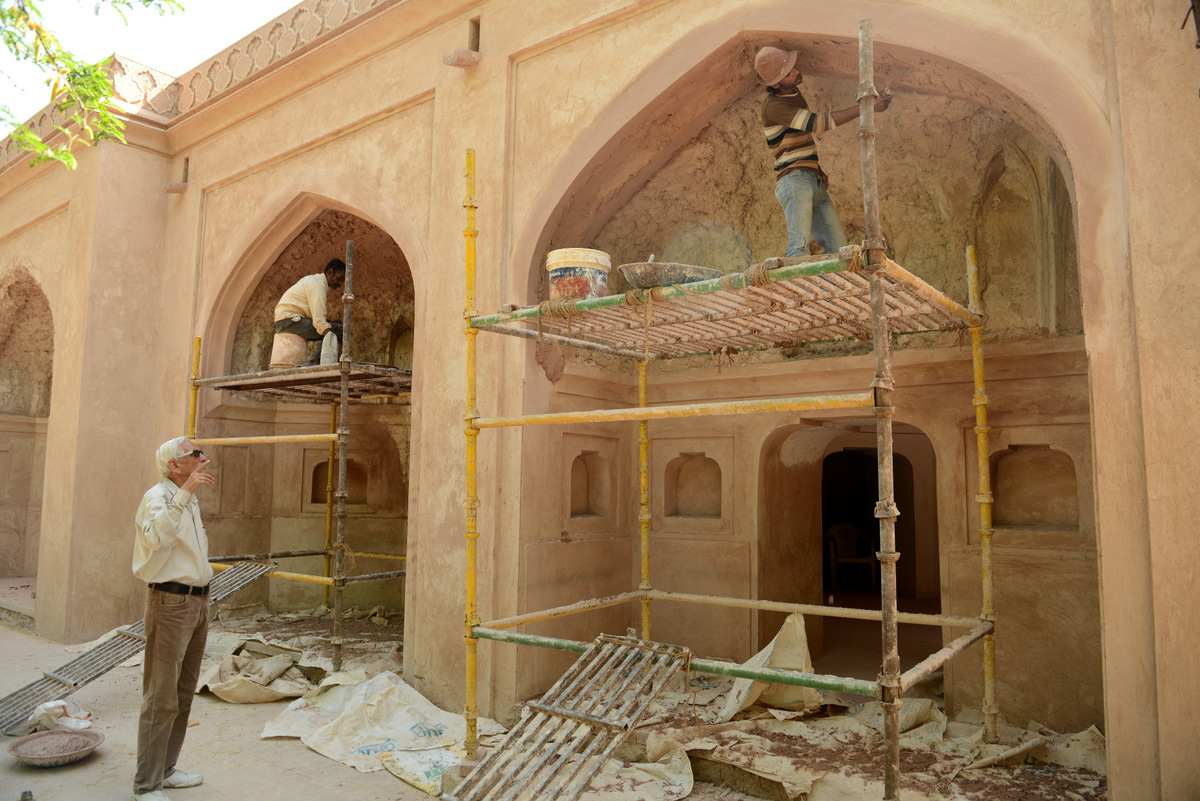 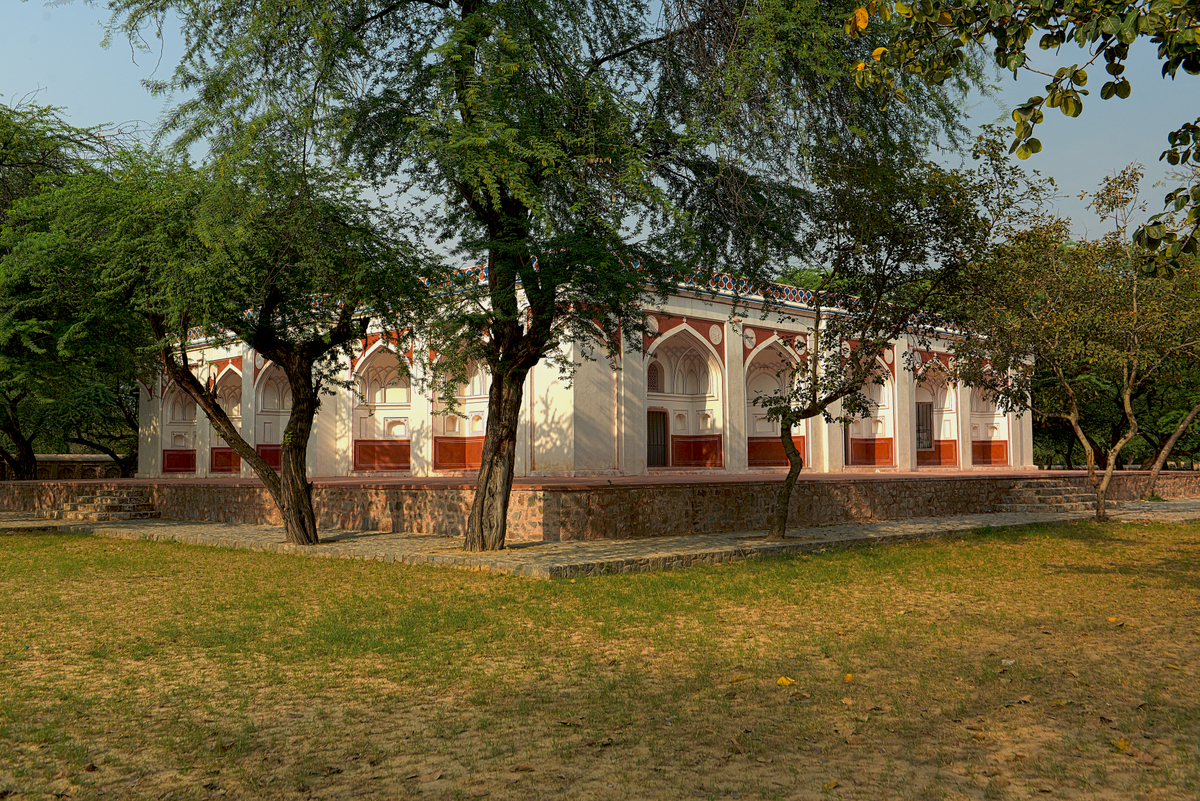 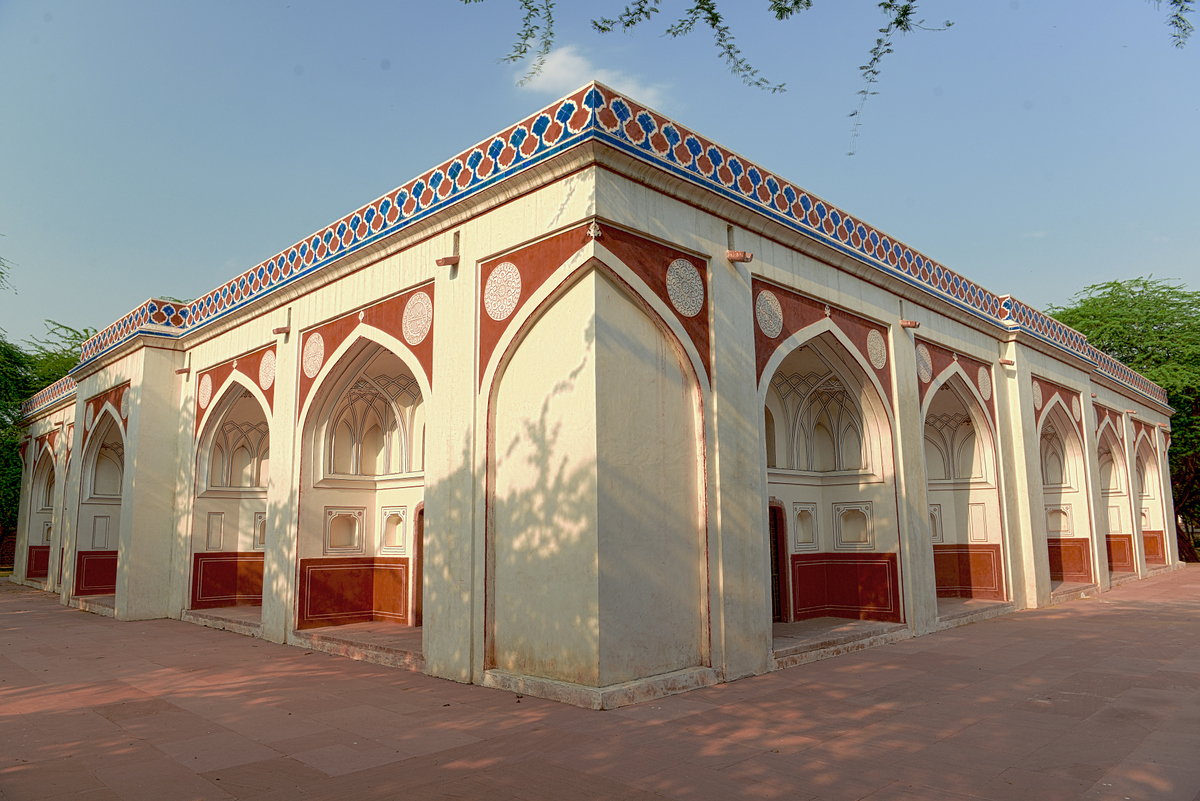