The principal mosque of the Dargah Hazrat Nizamuddin, this 14th century structure is the earliest mosque in Delhi that continues to be in use. In 2014, the Dargah Committee led by Janaab Najmi Nizami approached AKTC with a request to undertake an urgently required conservation programme on the structure.

Conservation works have to be intermittently halted for festivals such as Eid, during the Urs and for the month of Ramzan. Conservation on this Khilji-era mosque is the first scientific conservation of an unprotected, living mosque in India and was preceded by several stakeholder meetings.

Architectural documentation and condition assessment of all the damaged stones, motifs and architectural elements was carried out over a three-month period of the Jamaat Khana mosque in 2014 prior to commencing conservation works. A close inspection was carried out by a multi-disciplinary team of experts comprising of master stone carvers, conservation architect and engineers. It was agreed that the first phase of works would be on the principal central domed chamber while the two side chambers would be taken up successively.

At the onset the key task was the scrapping of multiple layers of lead paint from the internal surface including over geometric motifs and Quranic inscriptions. Removal of paint revealed damaged sandstone blocks. Several decayed pilasters, damaged red sandstone blocks in arches with Quranic inscription required to be replaced as these had deteriorated beyond repair. Scrapping of multiple layers of cement plaster and paint from the domed ceiling was a painstaking work that required 1500 man-days of work. Following the scrapping of paint from the red sandstone dome, team of 15 skilled stone carvers repaired the partially decayed or damaged red sandstone decorative pieces to carefully match the original pieces and ensuring original joinery details were followed. Missing and damaged floral pattern red sand stone arch stones have been replaced with new stones as per original details.

Conservation works on the main hall were completed in 2016, and the mosque was opened to public in April 2016. Works are now underway on the ancillary chambers of the mosque. 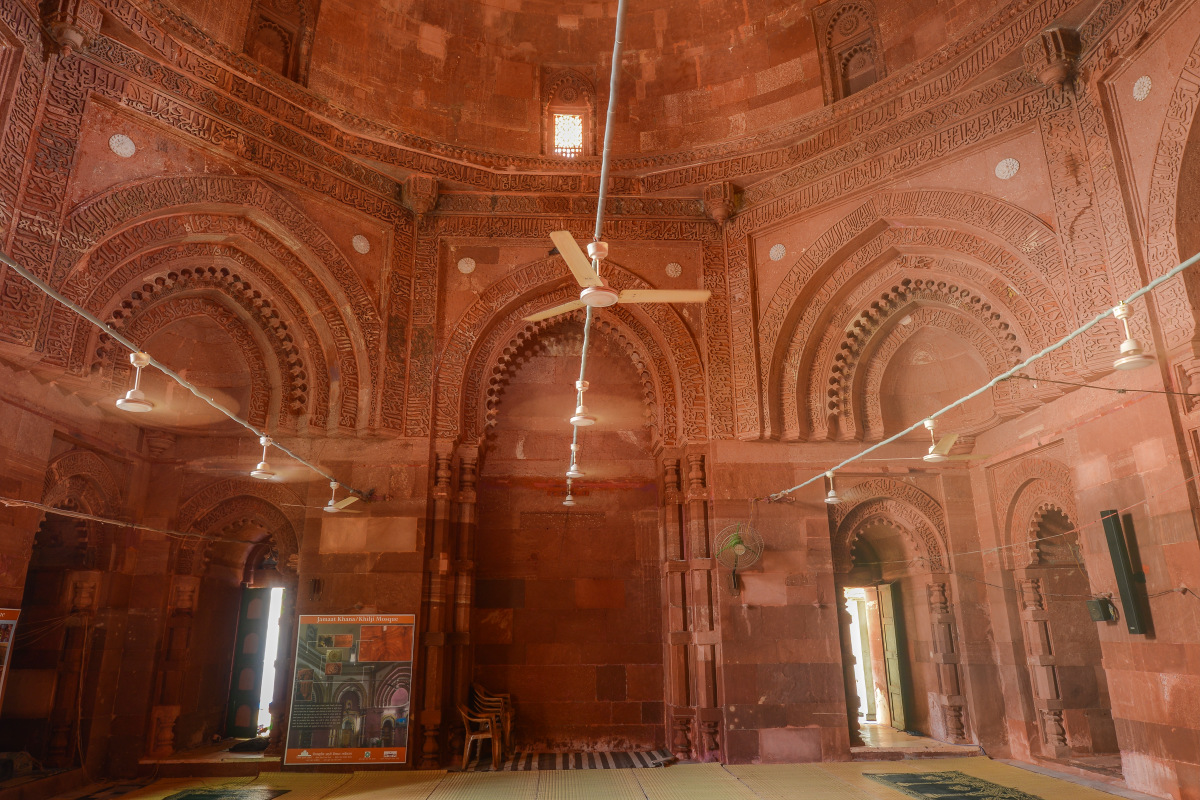 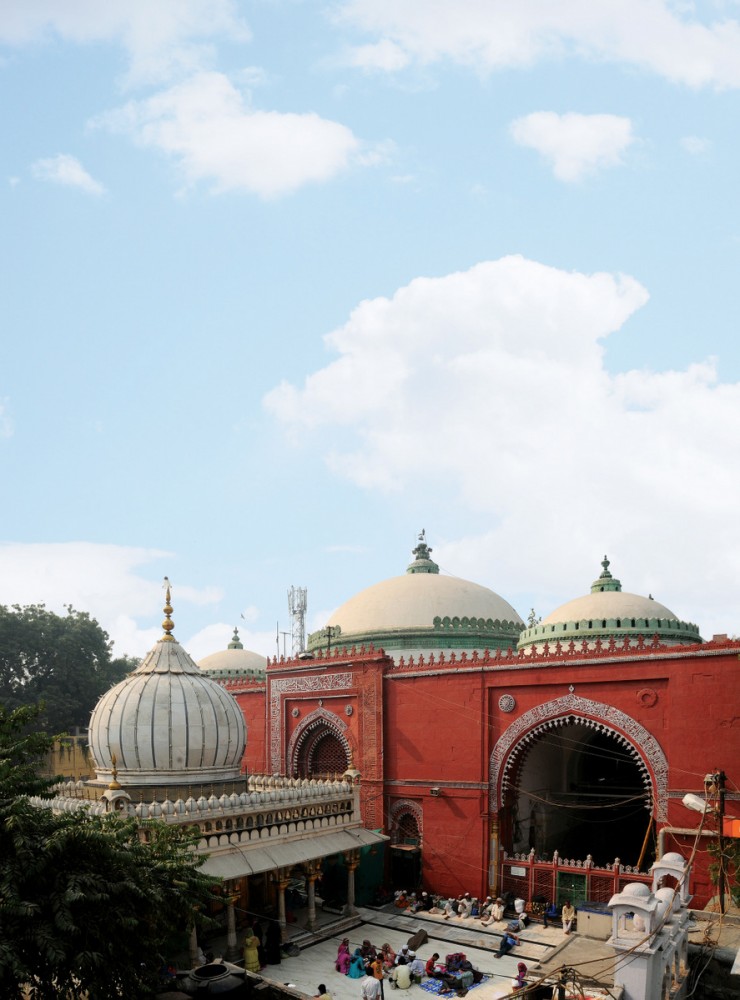 Jamaat Khana Mosque - one of the earliest living mosque in Delhi 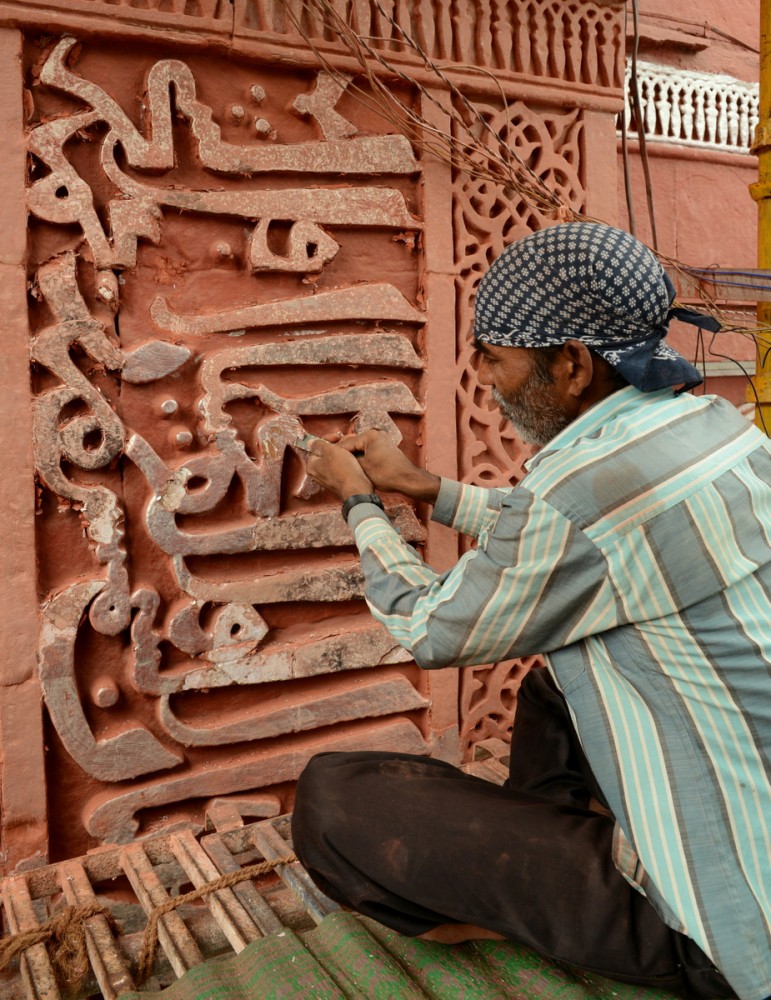 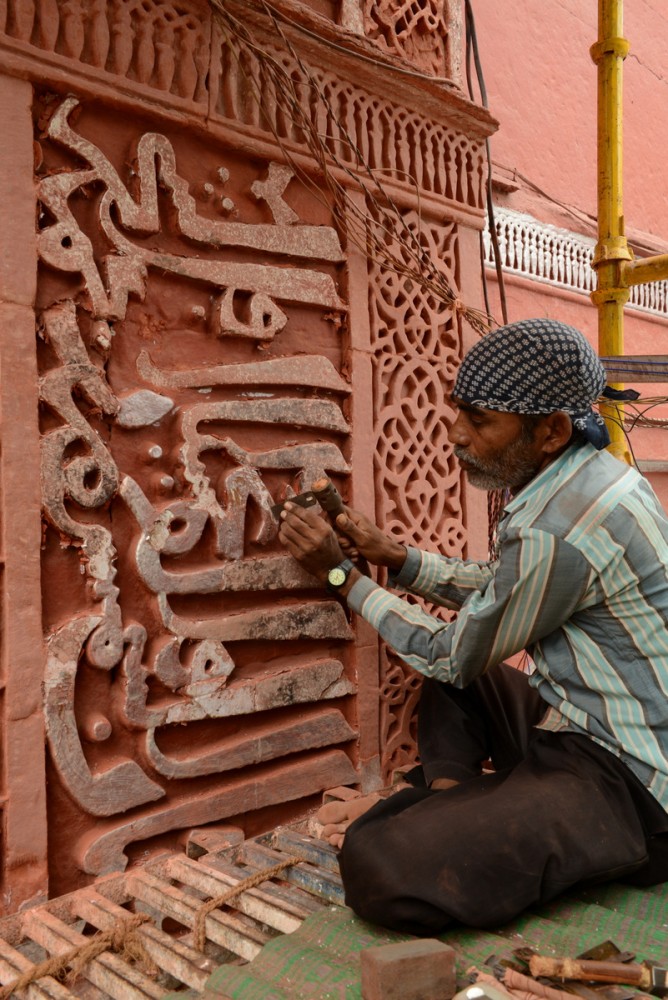 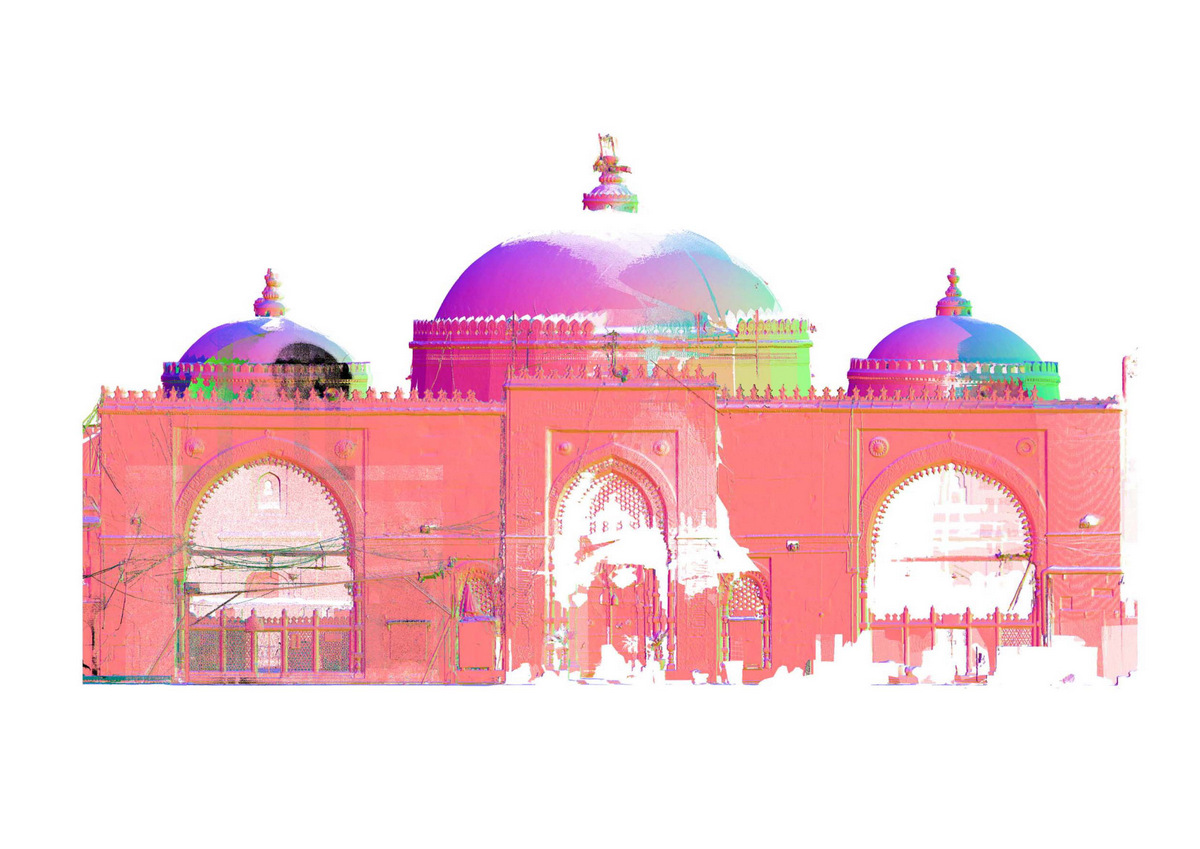 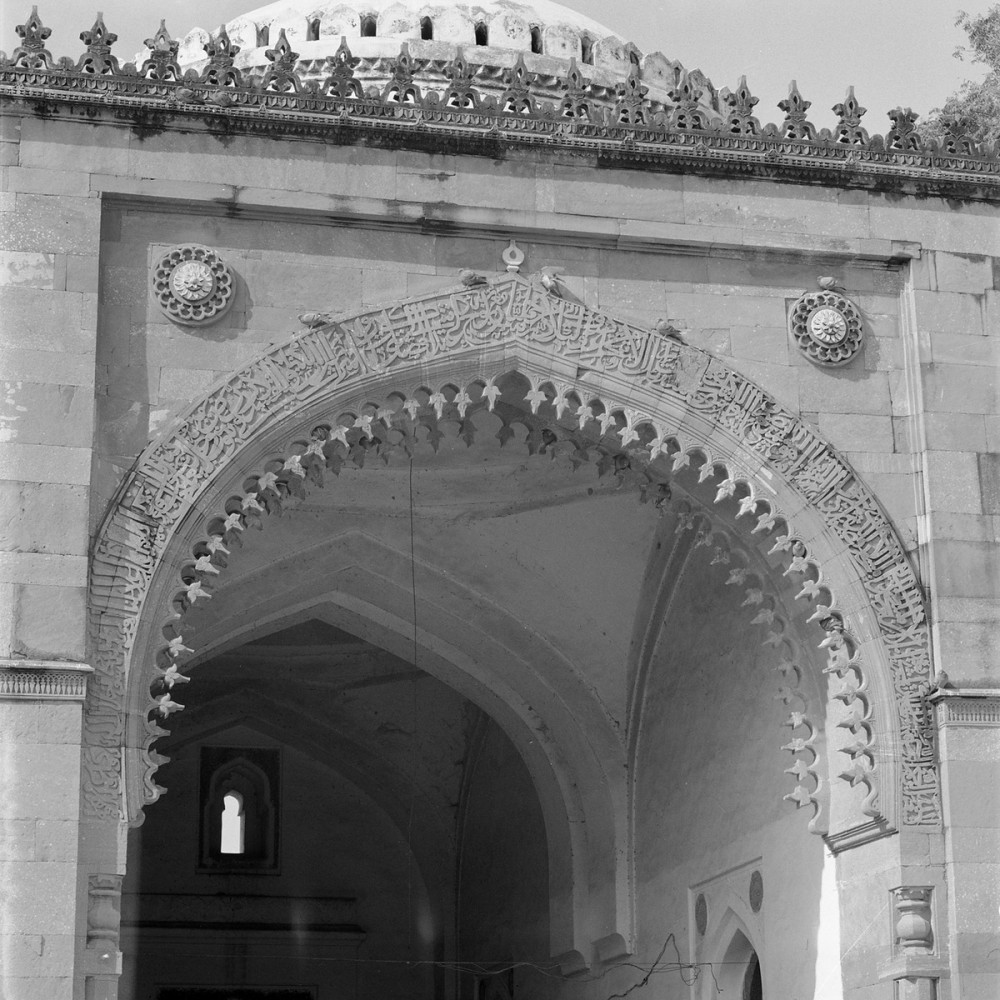 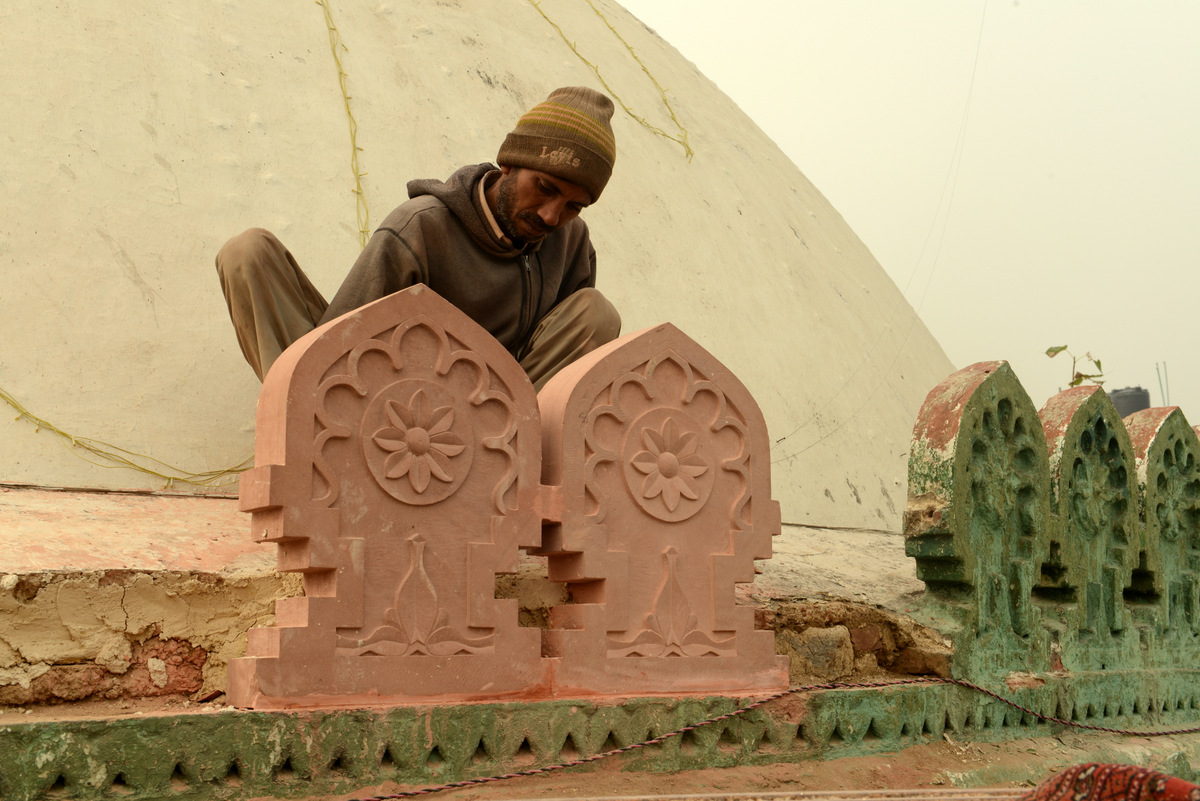 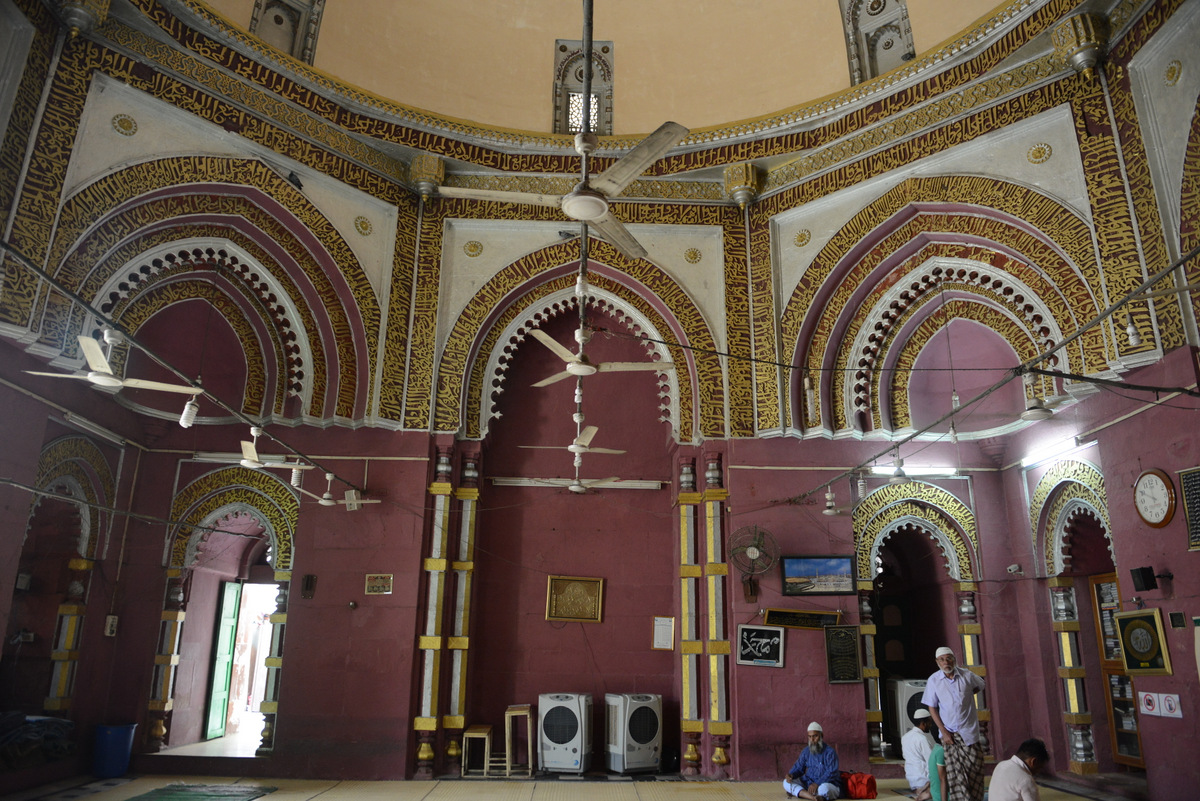 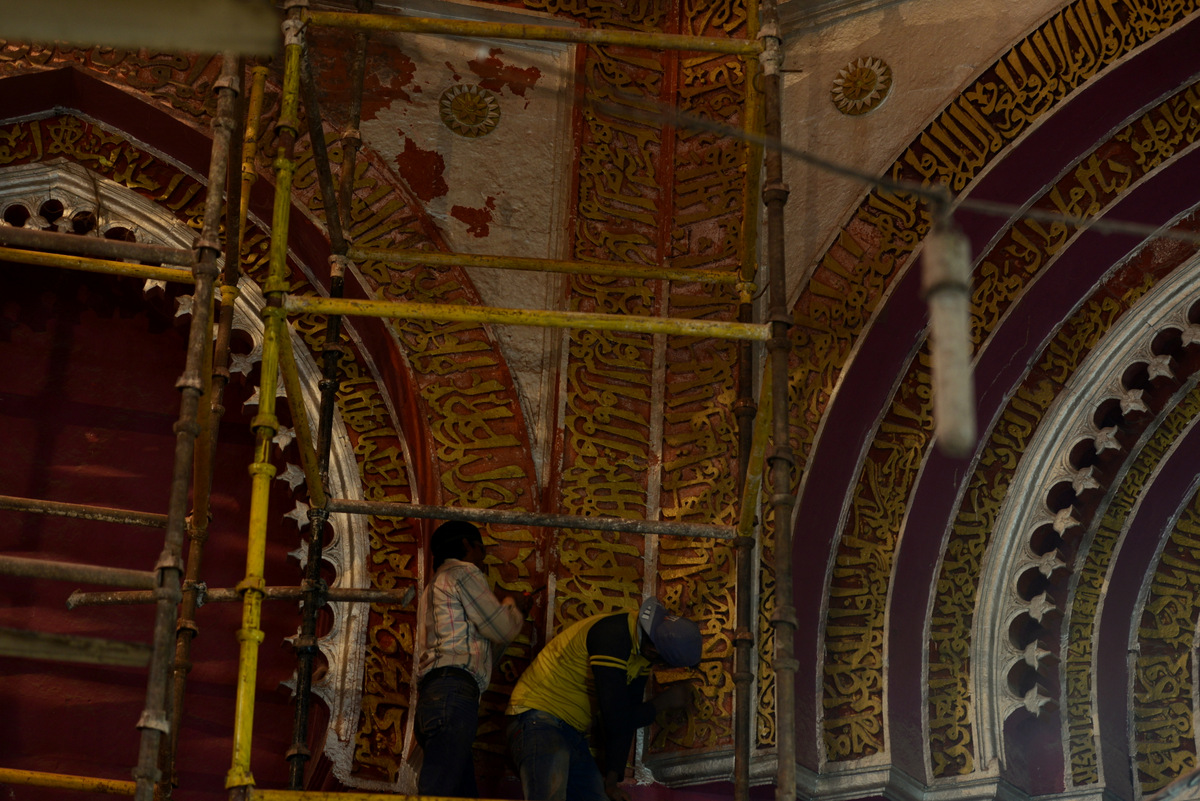 Craftsmen removing layers of modern paint from the main hall 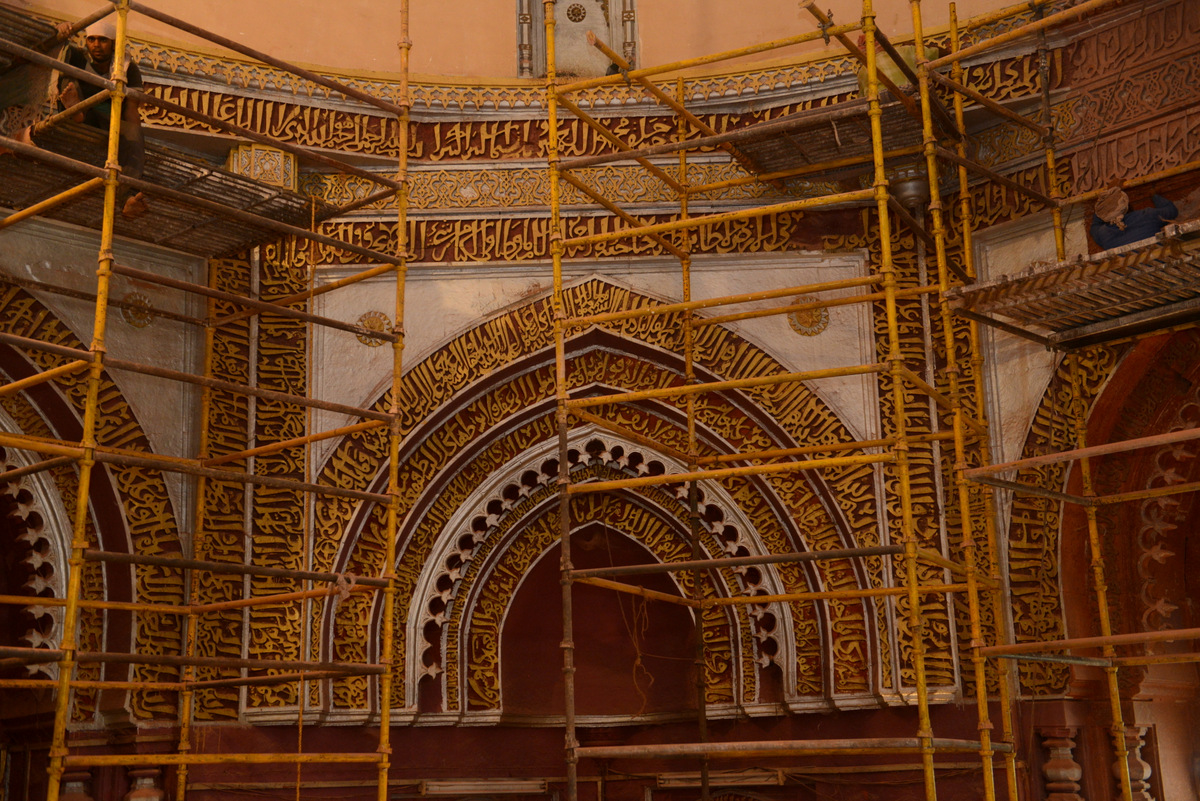 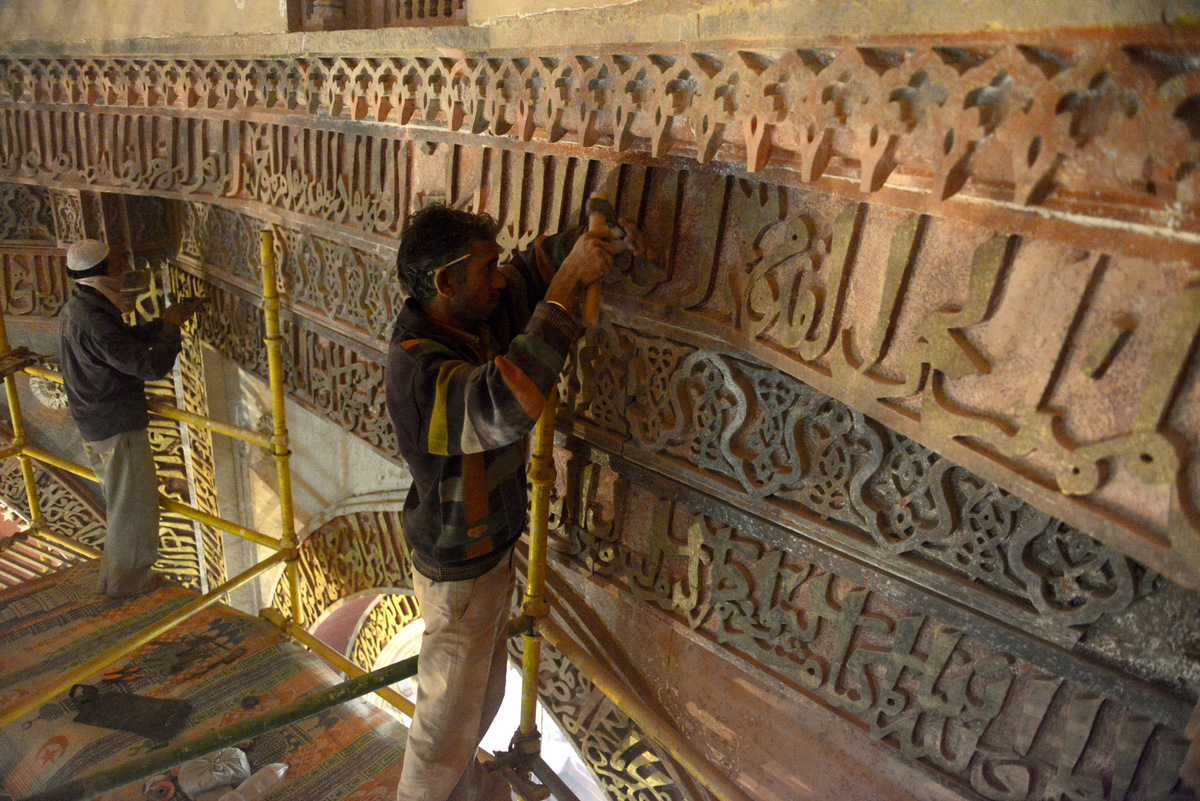 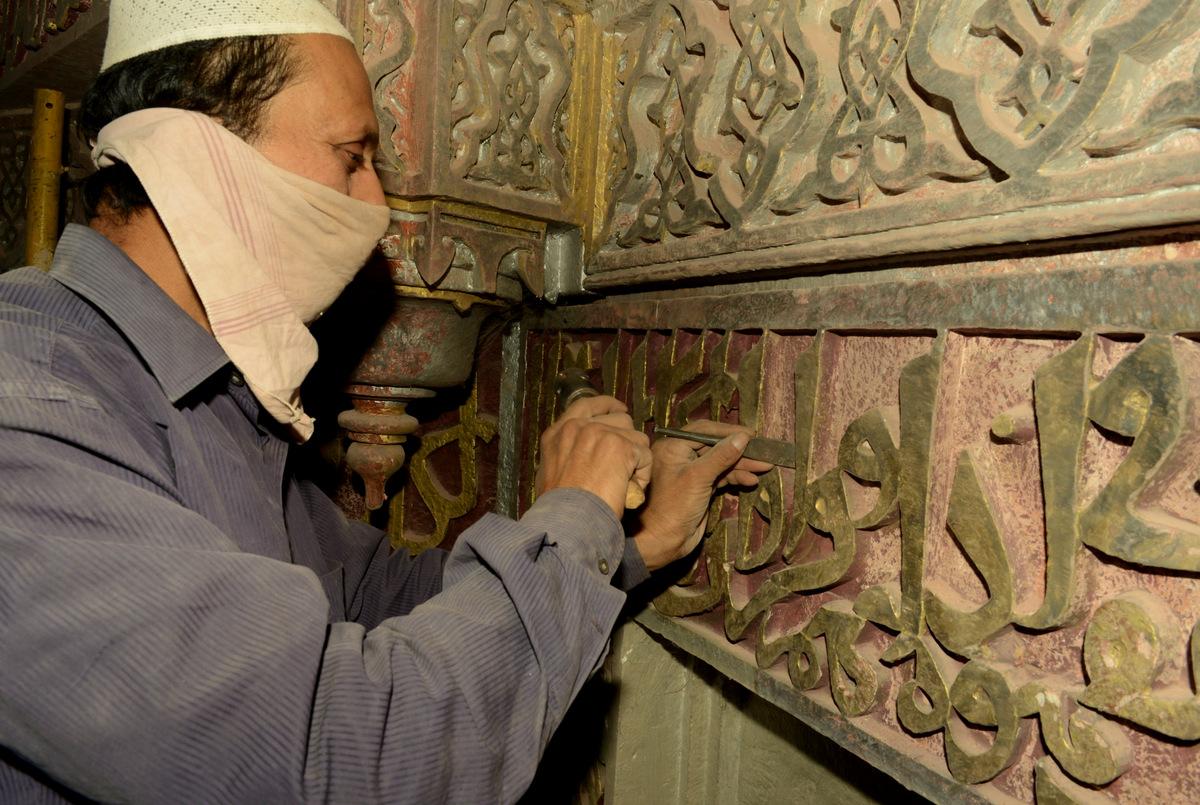 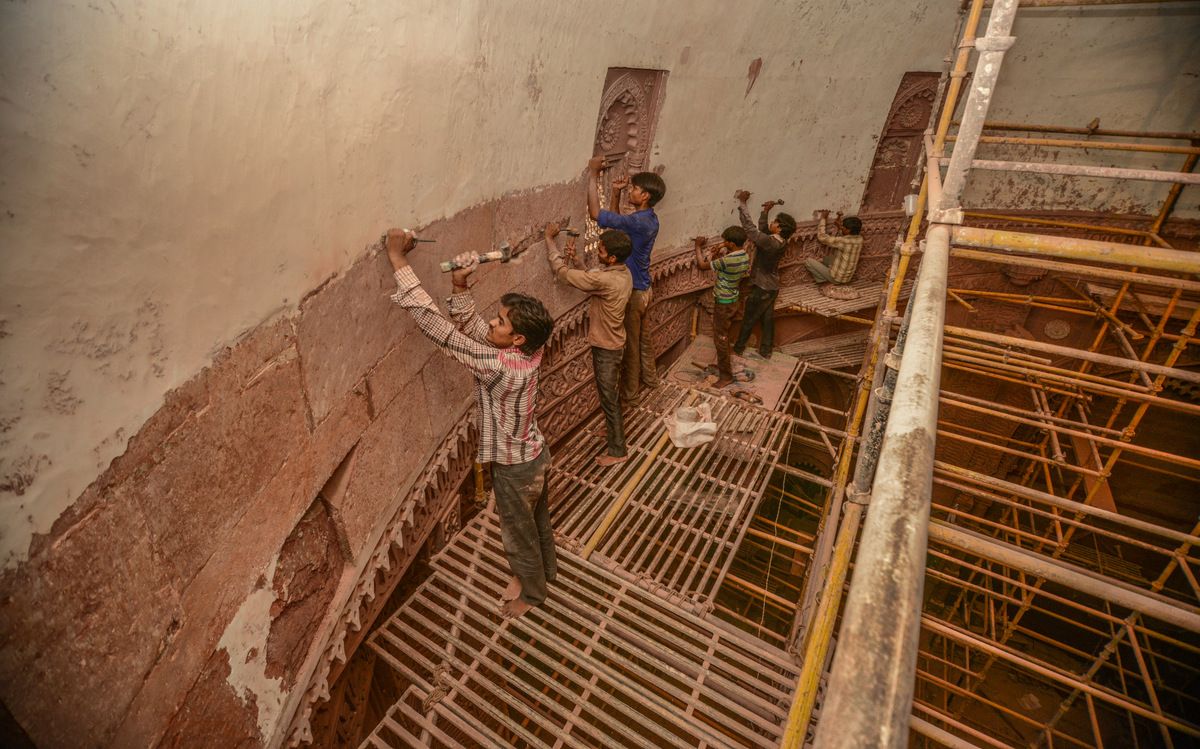 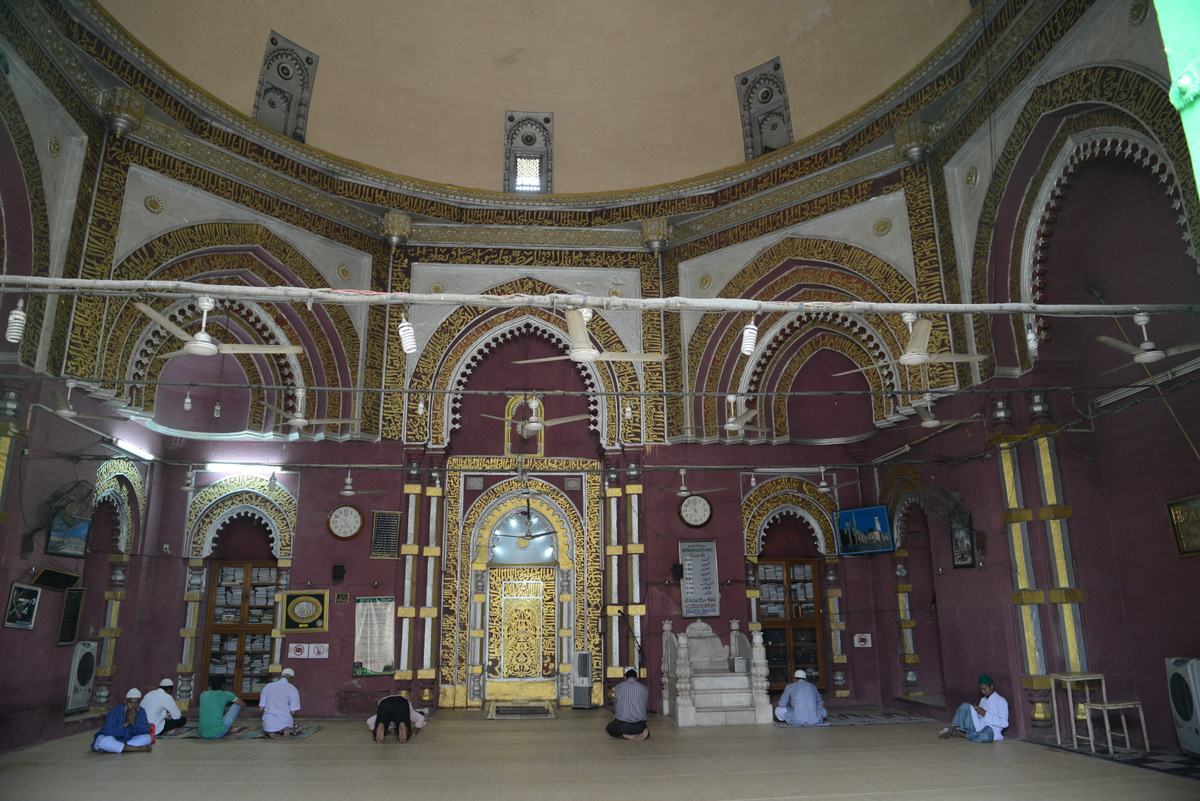 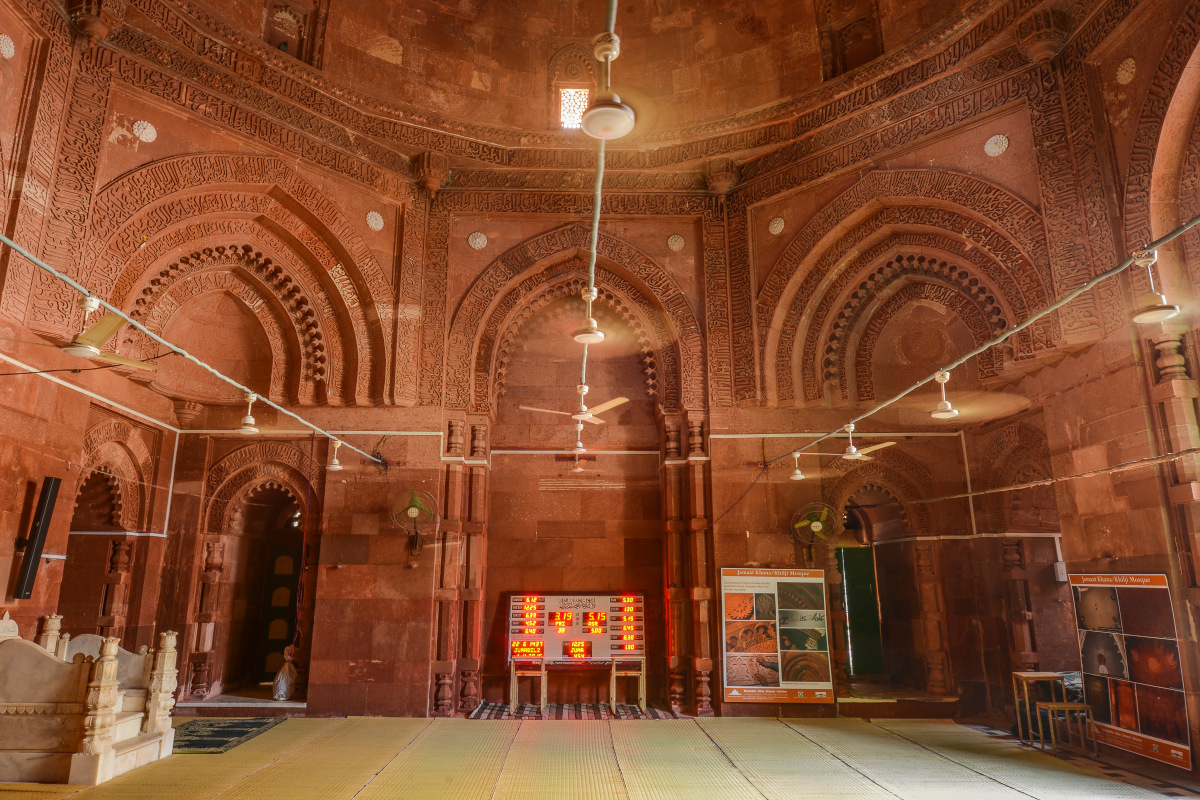 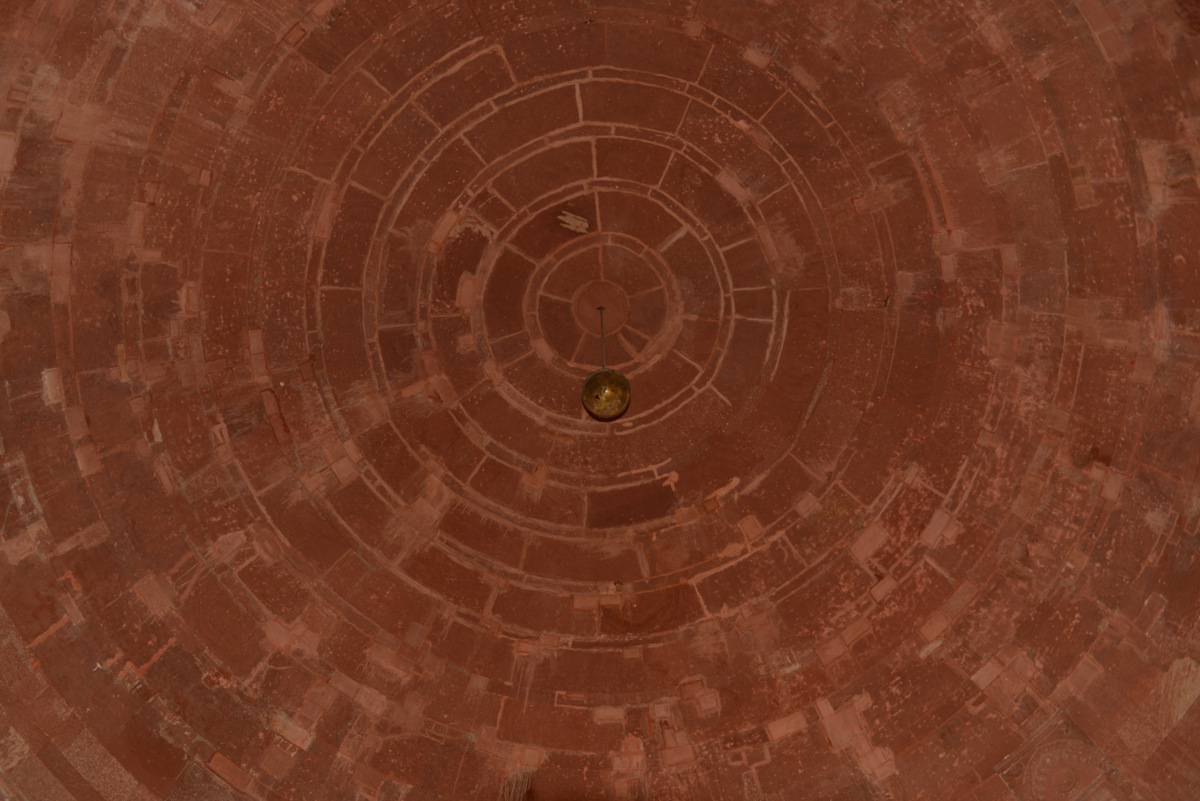 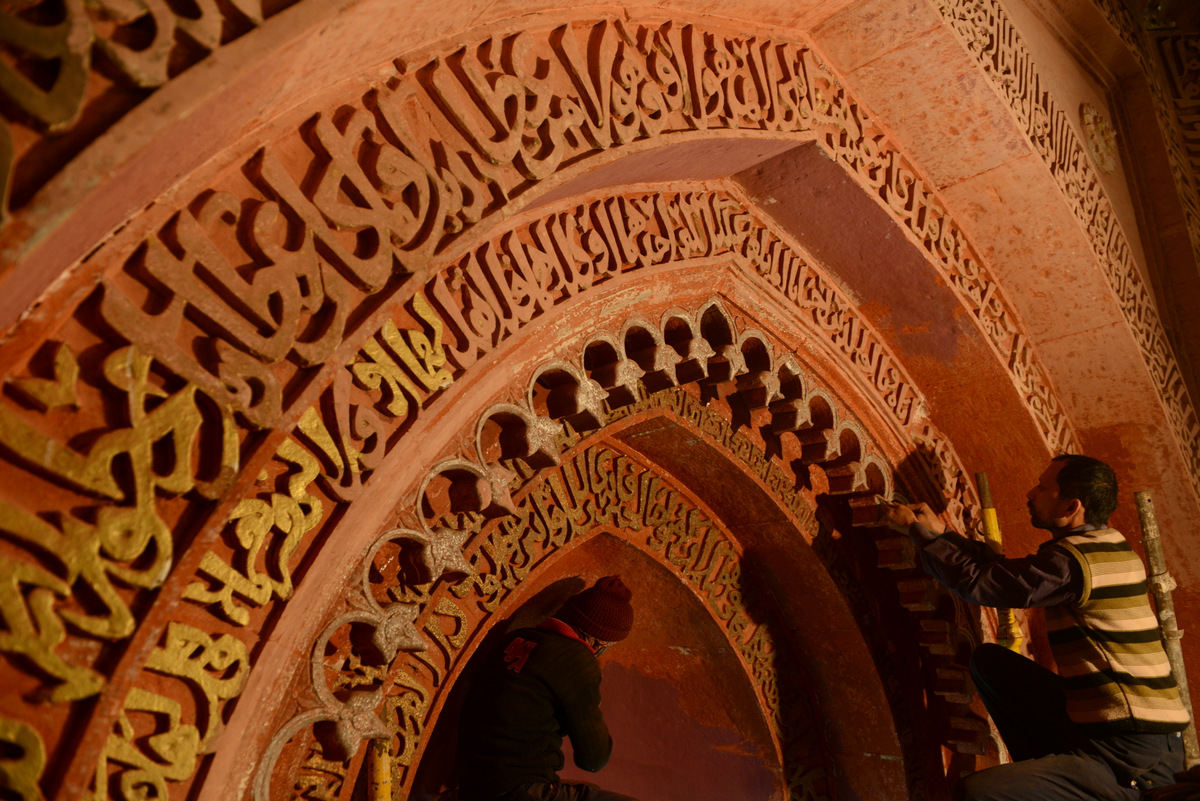 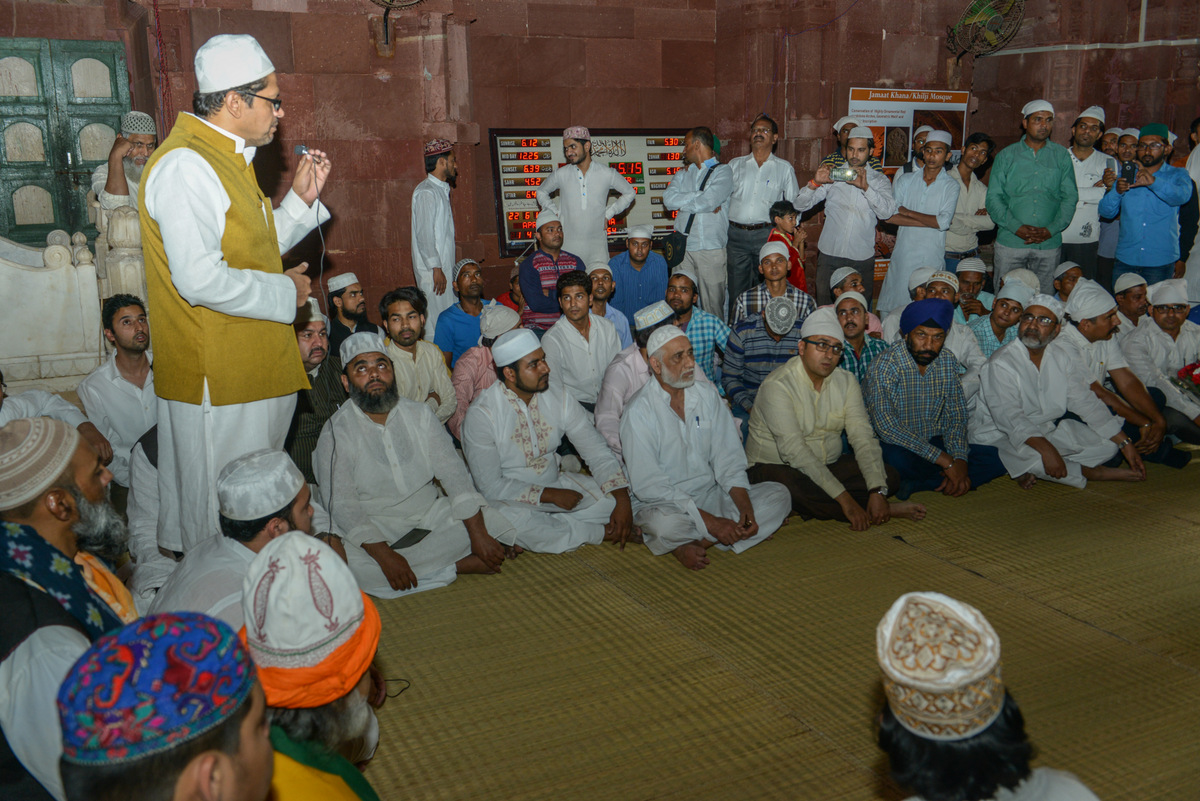 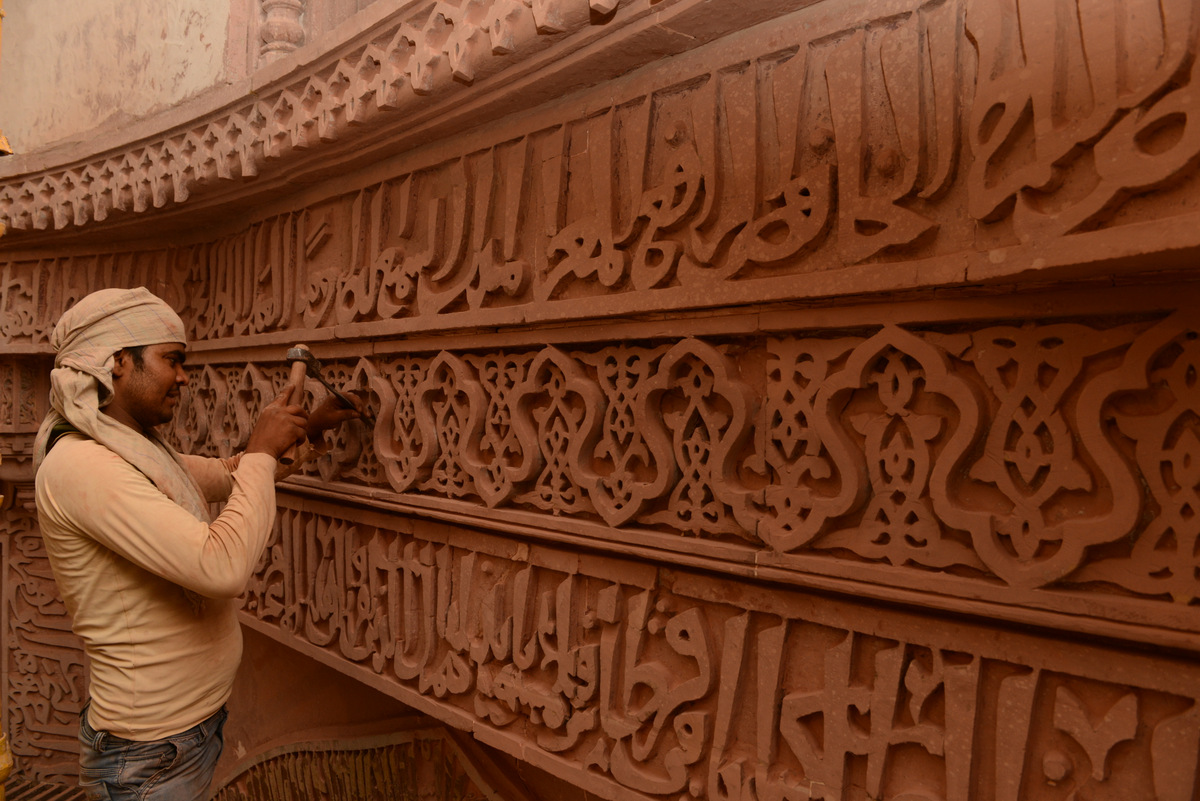