Arab Serai gateway is 48’ high (equivalent to a five storied structure) and served as the southern entrance of the ‘Arab Sarai’ – said to have been built in the 16th century to accommodate Persian craftsmen building Humayun’s Garden-Tomb. Large portions of the gateway were in a state of collapse and the facade leaning by over two feet.

The historic doorway stands within the archway and is built of thick wooden planks secured together with iron clamps. This original wooden door had suffered structural failure and deterioration due to dampness and inadequate maintenance over the years. The original wooden door had suffered weathering, dampness and deterioration due to inadequate maintenance over the years; The doors were taken down and assessed in detail and repaired by replacing decayed wooden members with new members as per original material, sectional specifications etc. The outer facade of the gateway largely comprises of ashlar stone blocks with sandstone edging. The sandstone edging at the lower end had deteriorated significantly. Following the condition assessment each stone, in which major defects like de-lamination, erosion and splitting were identified, the stone members to be replaced were marked. The 19th century repairs done in lakhori brick were kept intact as a layer of history showing the historic repairs. The hard cement mortar was raked out and was replaced with lime mortar pointing. Rusted iron clamps binding the sandstone to underlying masonry were replaced with new stainless steel clamps.

Over the last century the portions of this lofty gateway had collapsed including the domed entrance chamber thus severely compromising the structural stability of the remaining standing structure. The existing remains of the walls, dome and the arches were analyzed carefully to work out the original structural details. The collapsed two arched alcoves are reconstructed as per existing alcove’s design and profile using traditional materials and techniques. Clearance of earth was carried out to expose the original foundation and missing masonry wall was reconstructed over the original foundation using similar materials and construction techniques.

The monumental gateway includes two vaulted chambers on either side of the principal entrance chamber, both of these were in an advanced state of deterioration requiring major conservation works. The external arched chambers had collapsed over the years due to a combination of vegetation damage, neglect, and structural failure. The wall surfaces were cleaned to remove later repair-works and other deposits. The cement and dead pointing works were raked out and replaced with lime mortar. The consolidation of the existing masonry was done using the lime based grouting. The structural repairs included stitching of the cracks, grouting and anchoring, and the internal chambers have been provided red sandstone flooring.

The Arab Sarai gateway consists of two upper levels. The structure on the second and third floor levels had almost completely disintegrated thus all supports to the ornamental facade were lost. Conservation works on the upper chambers have aimed at restoring support and structurally tying the facade to the chambers here. The original profiles of the upper chambers were determined on the basis of the archival images, existing remains of the walls, domes and arches. It was found that a vaulted corridor runs around this wall on both the sides where there is a staircase in the end giving access to the second level. Detailed documentation of the first level was carried out. The cement concrete flooring was then removed to expose the remains of the walls that once existed, over which the reconstruction of the vaulted chambers will be undertaken.

Partially collapsed chambers were completed to the extent that it provides structural stability to the monument and revive its lost architectural integrity. The terrace on both the levels was re-laid to original slopes in traditional lime concrete after complete removal of cement concrete.

The domed jarokhas or projecting balconies of the top level are adorned with turquoise and yellow tiles and bordered with white tiles. The tiles had mostly come loose and a significant proportion of tiles were missing. Following a detailed condition assessment and architectural documentation of the Gateway, tile work on the canopies was restored, thus putting the finishing touches to a conservation effort that has without doubt ensured that a Mughal era structure stays standing in its original grandeur. Restoration of tile-work was coupled by carefully pointing the loose joints in the tile work with lime mortar to ensure no further loss of tiles took place.

In keeping with the philosophy adopted during the restoration of tile work on the canopies at Humayun’s Tomb, no existing tile was removed from the dome even where these had lost their glaze. Approximately one thousand flat tiles of different shapes and colours are now restored on the entire jharokhas as per original patterns. 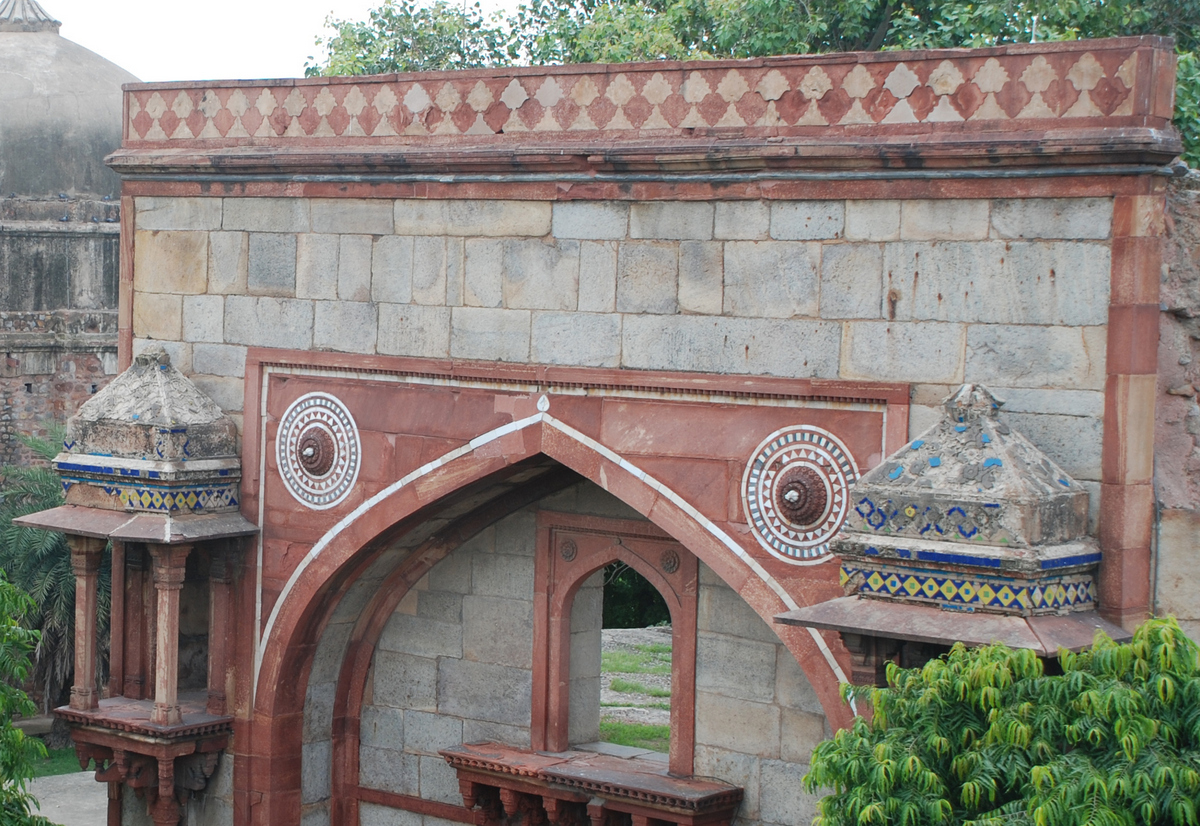 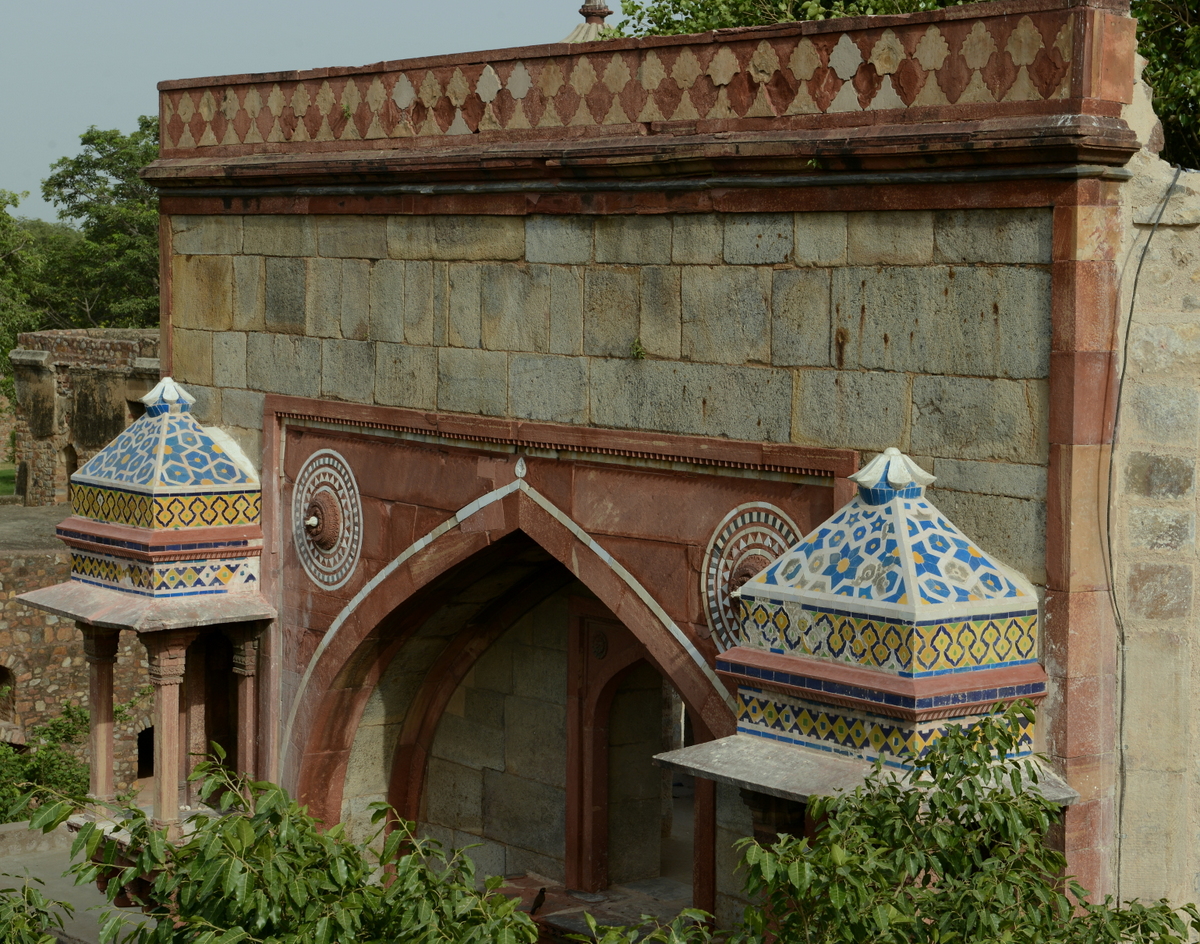 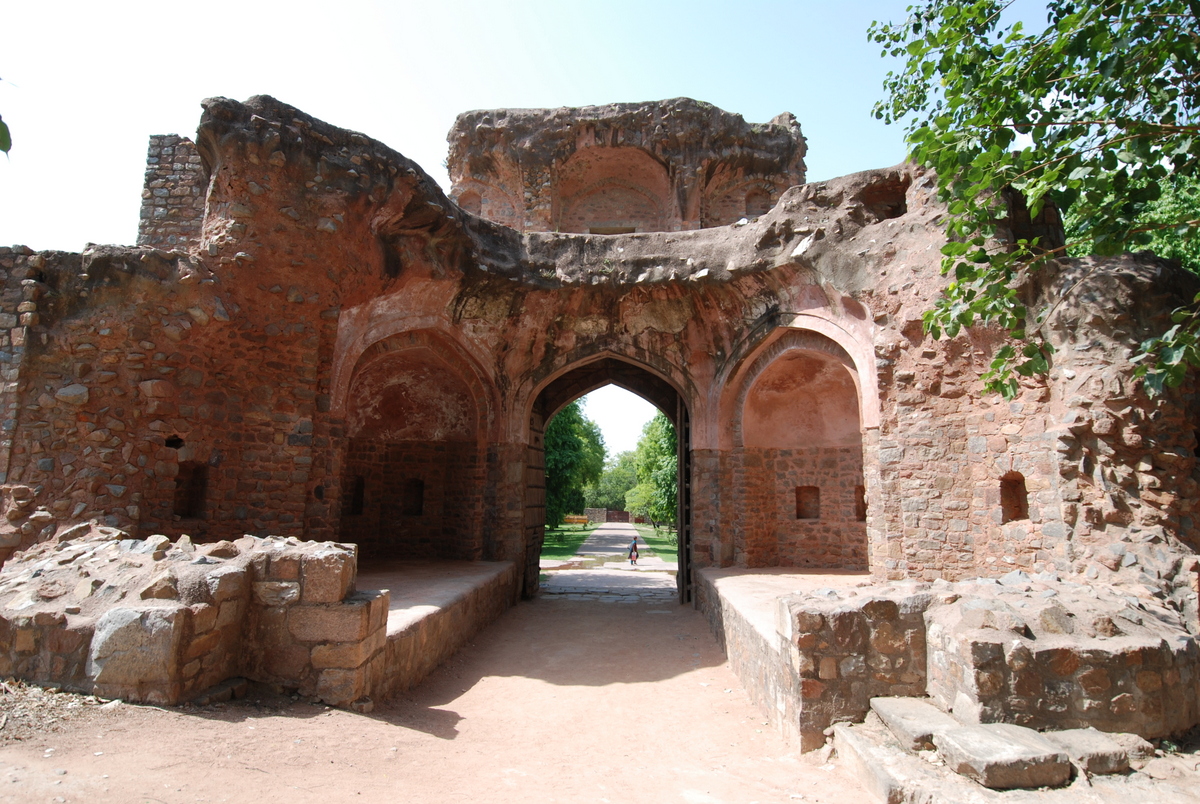 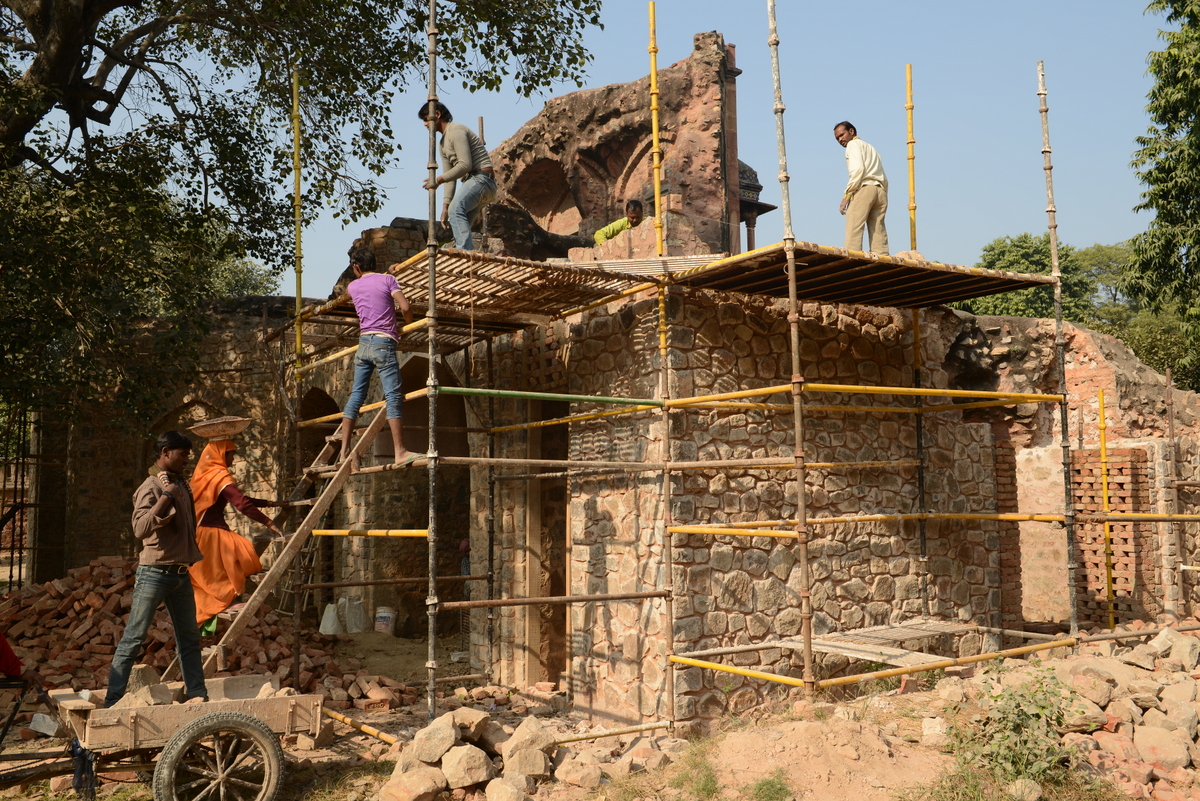 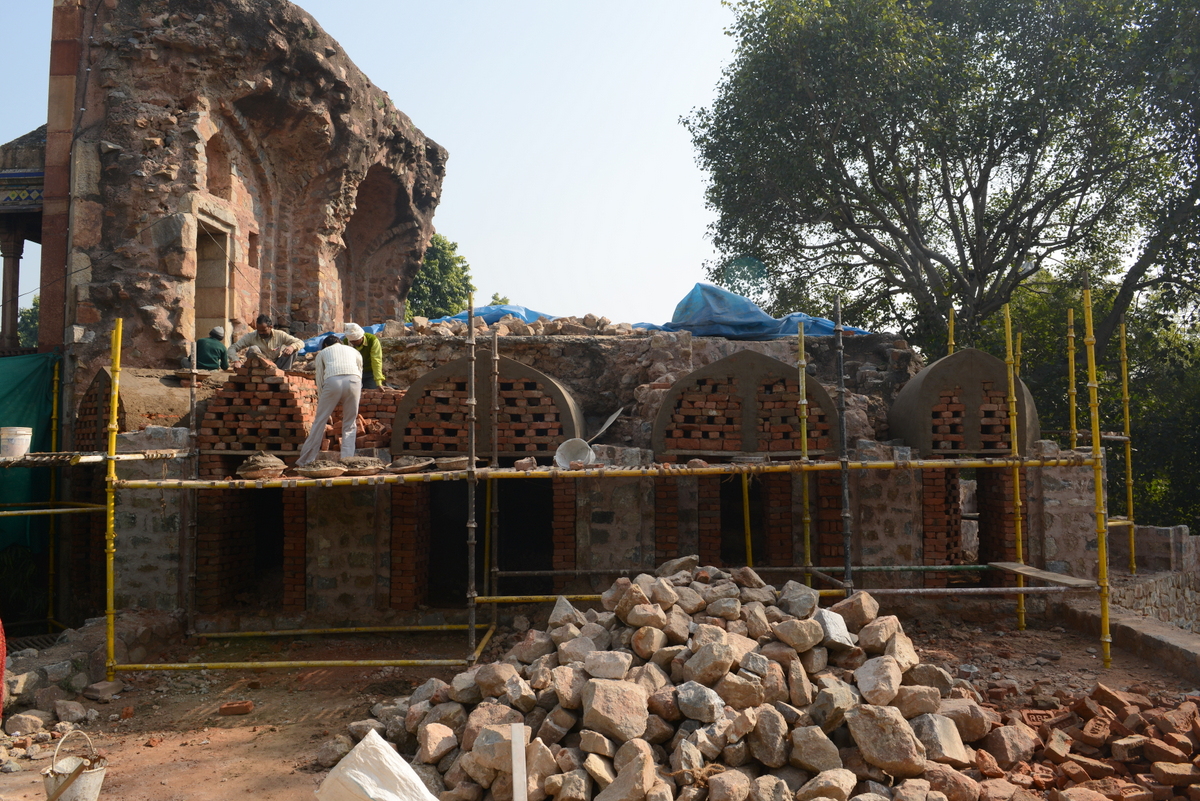 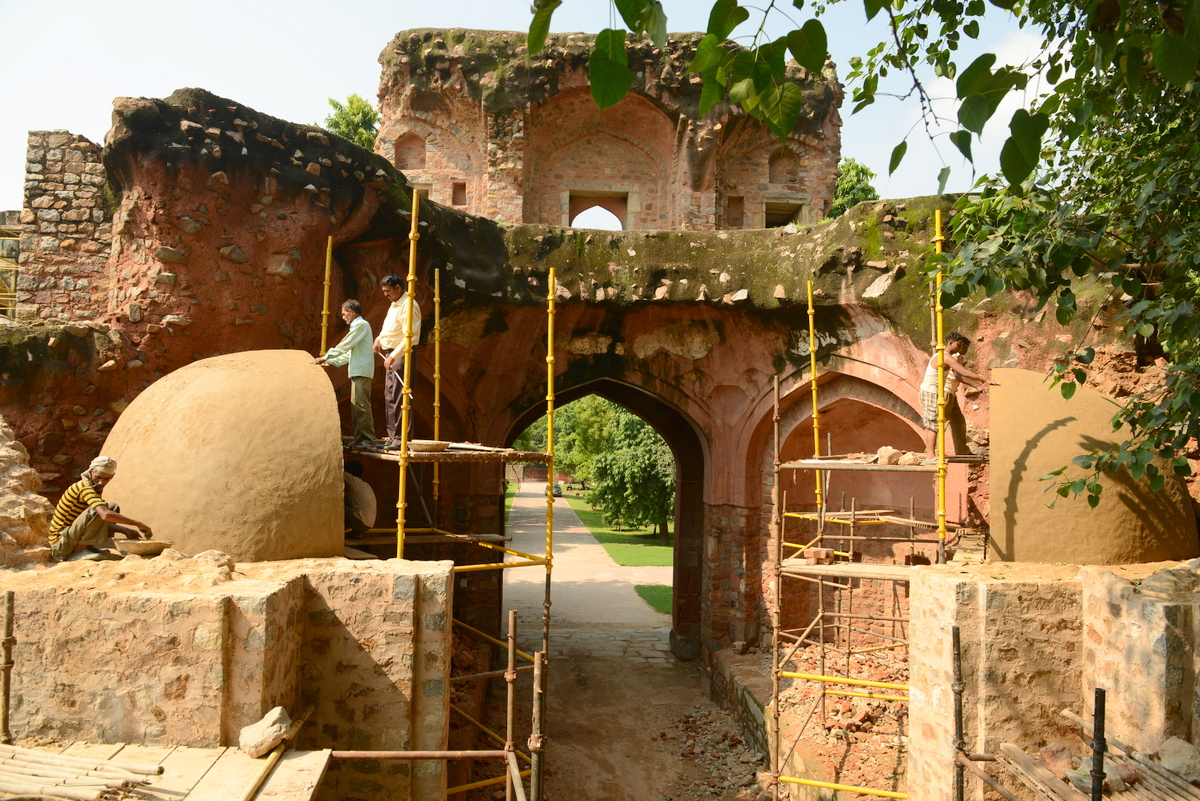 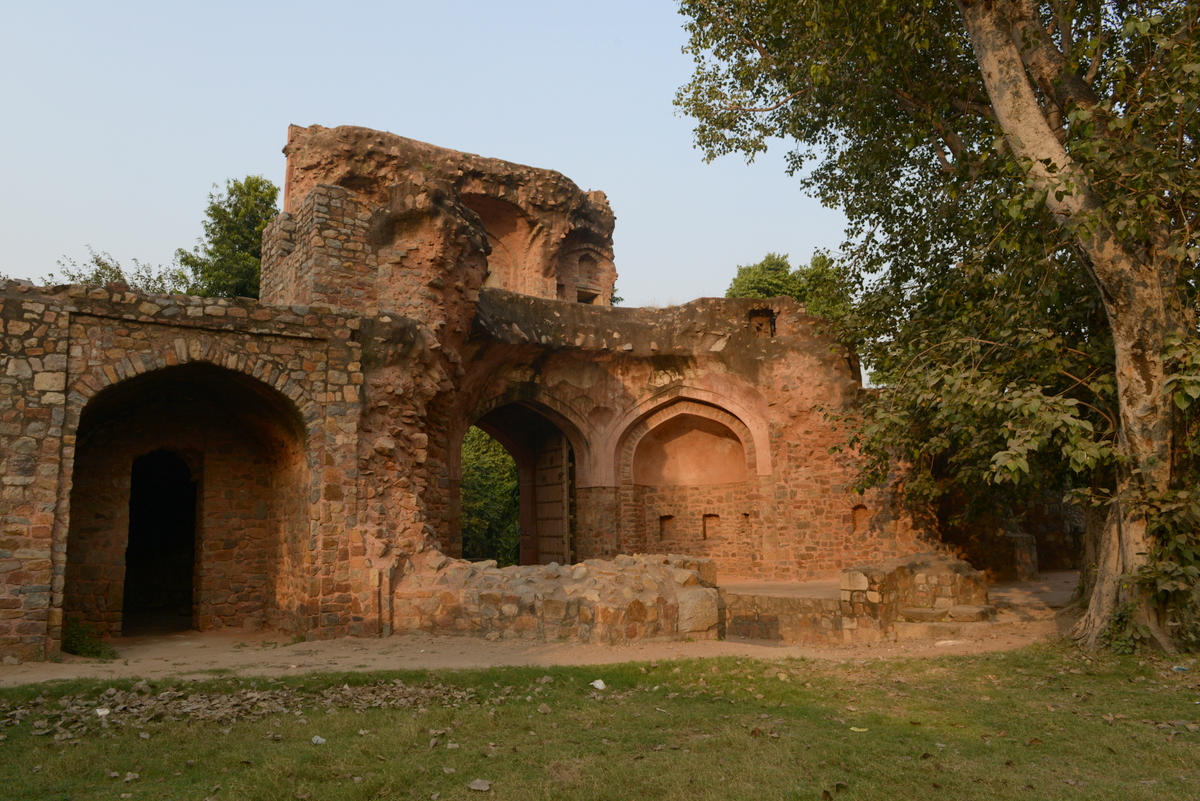 The collapsed entrance chamber before conservation 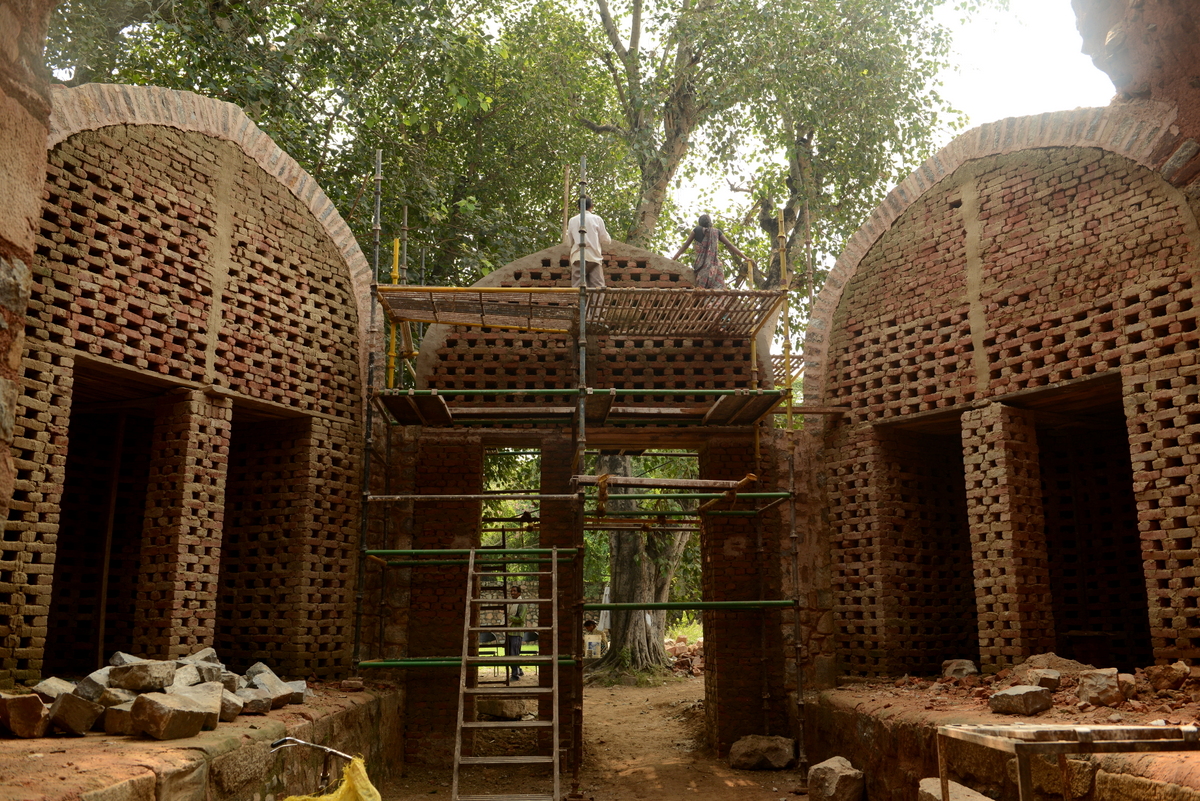 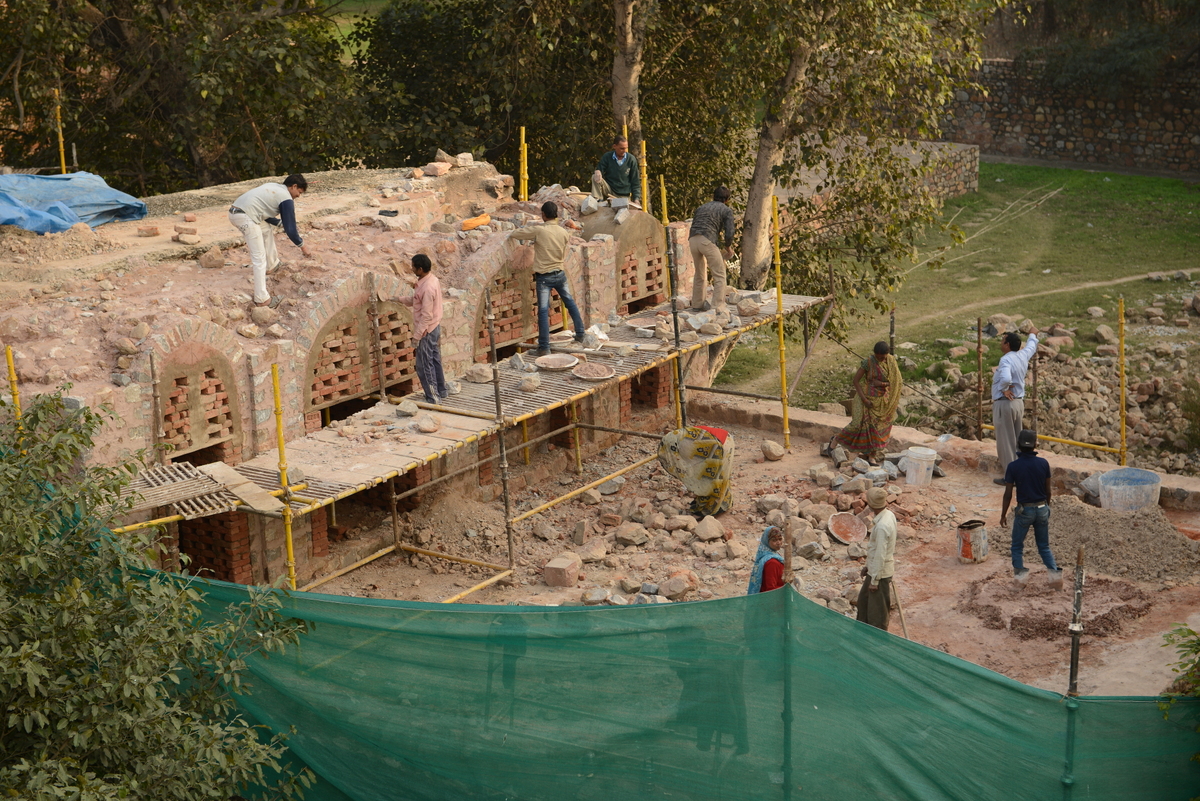 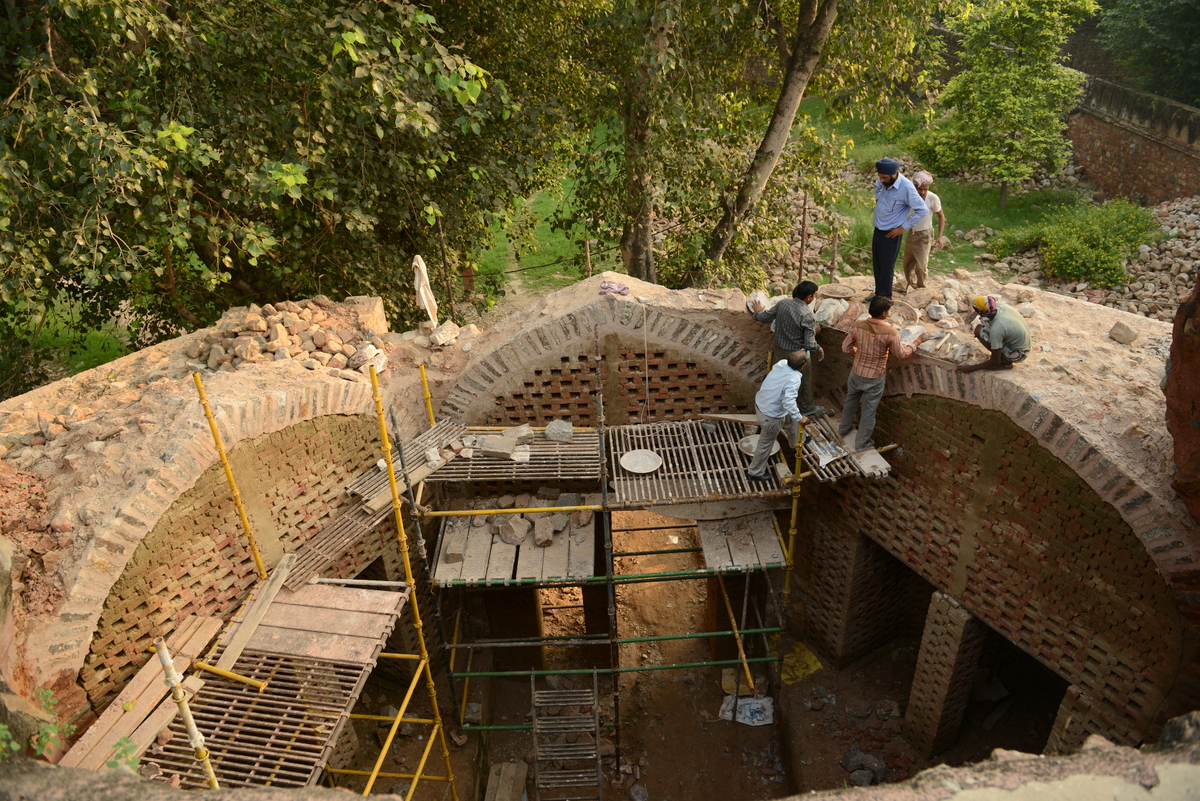 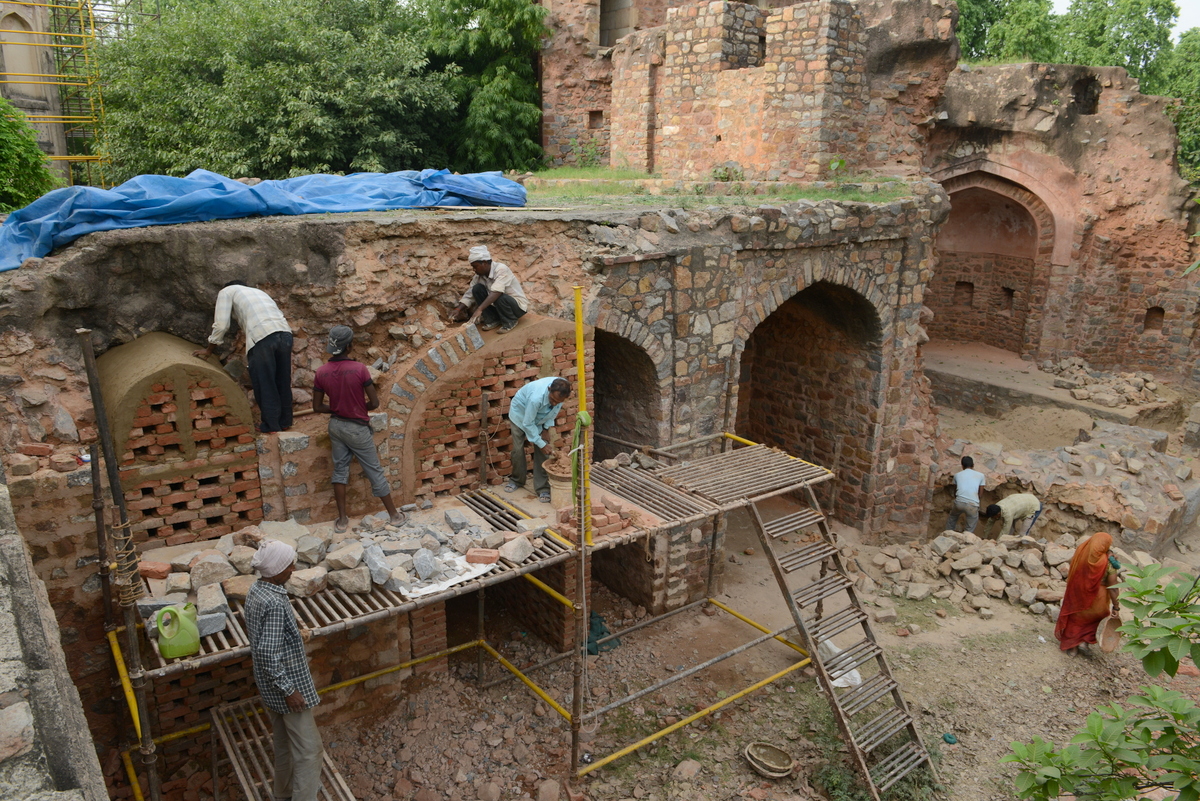 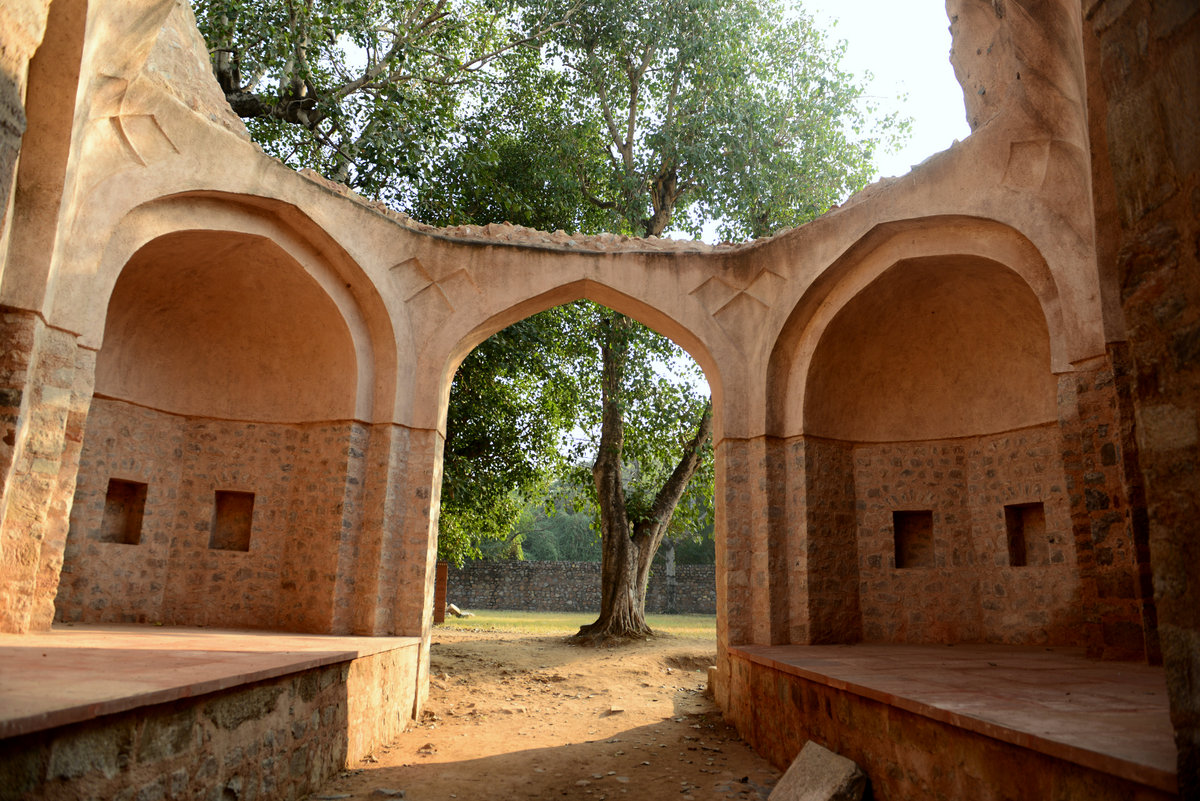 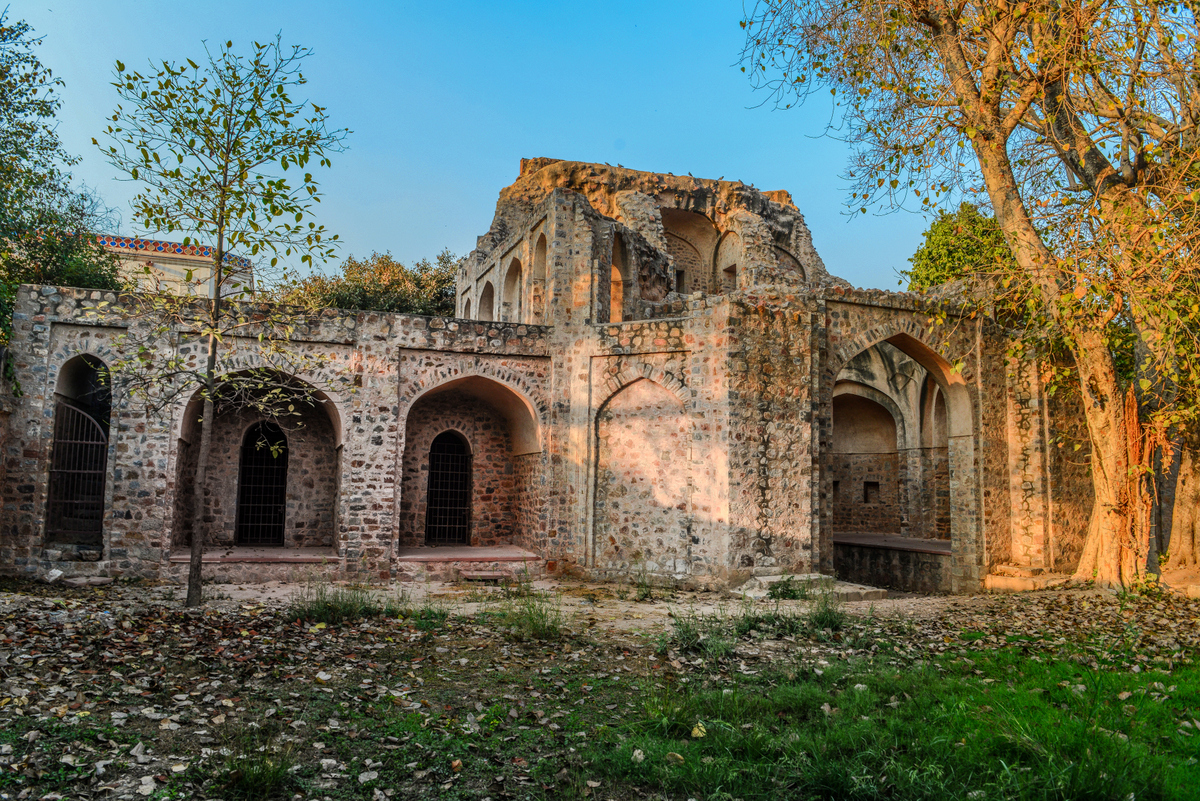 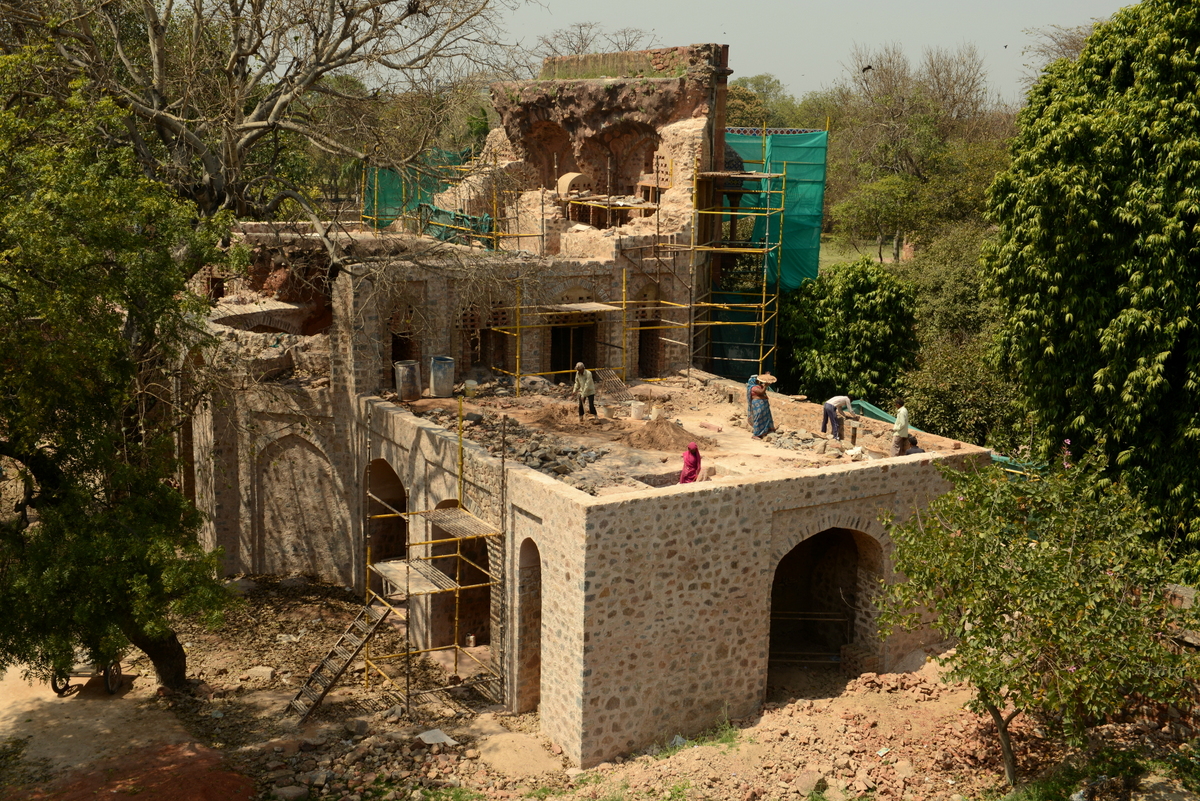 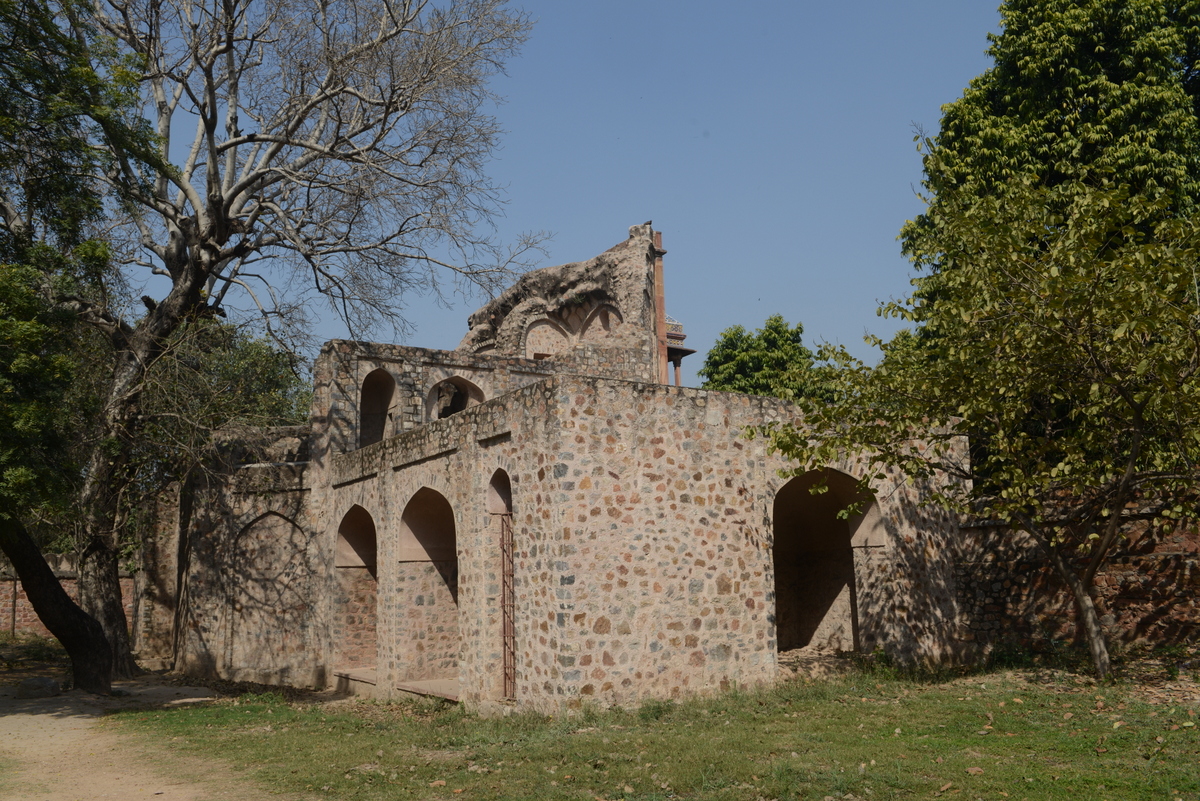 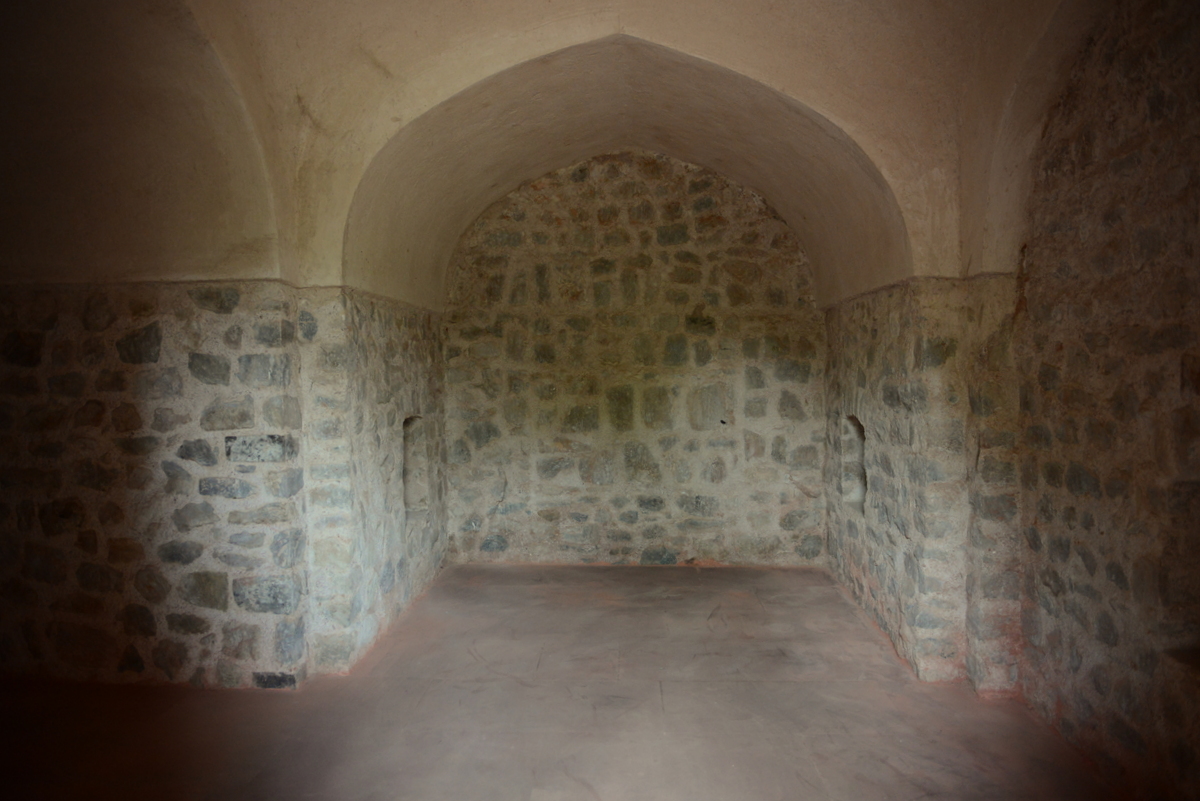 The chambers in the entrance chamber restored 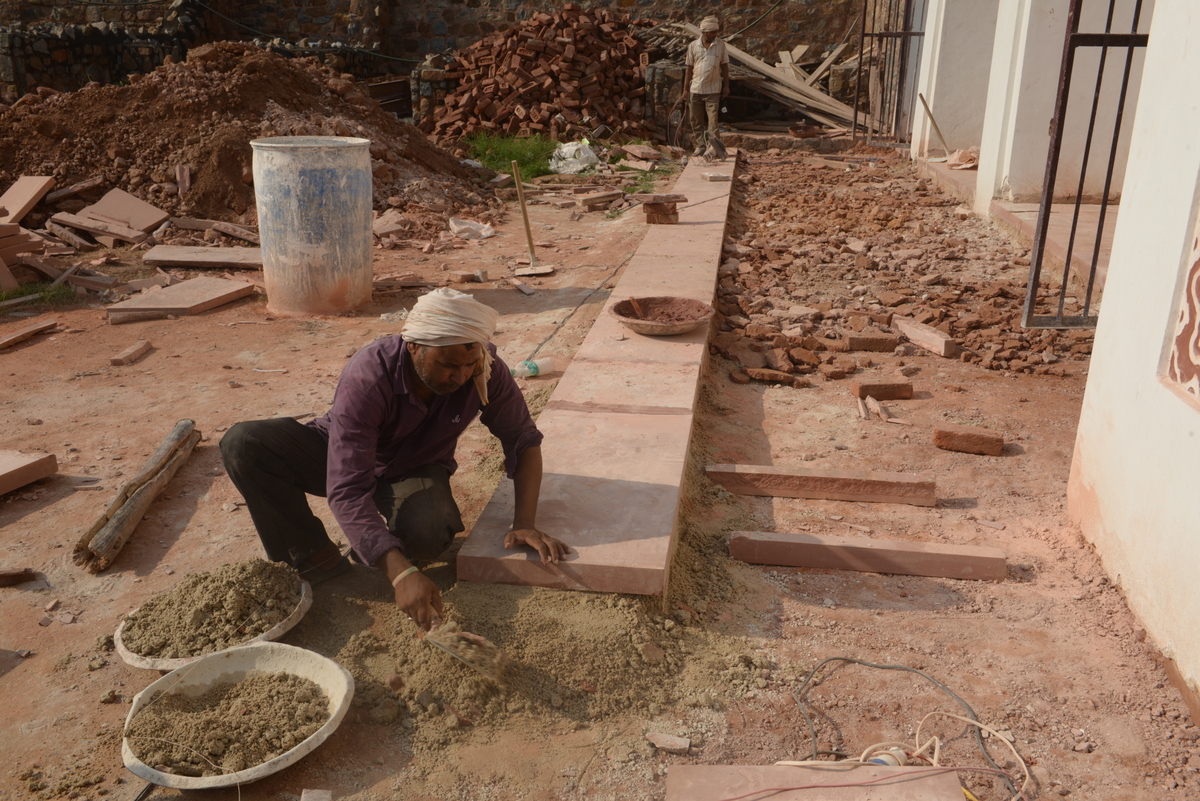 Concrete was remove from flooring and replaced with sandstone paving 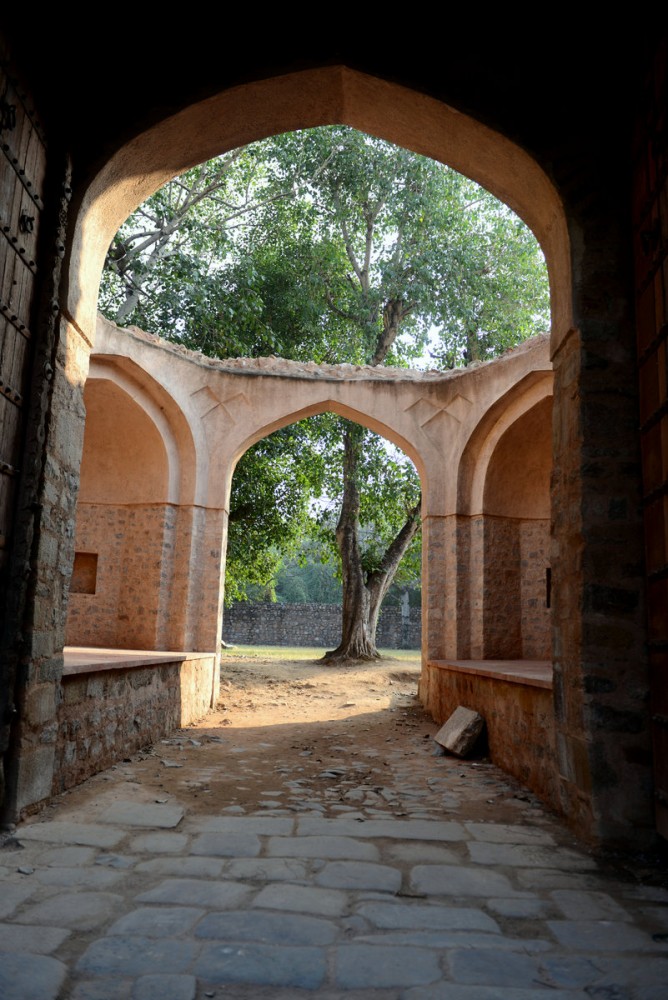 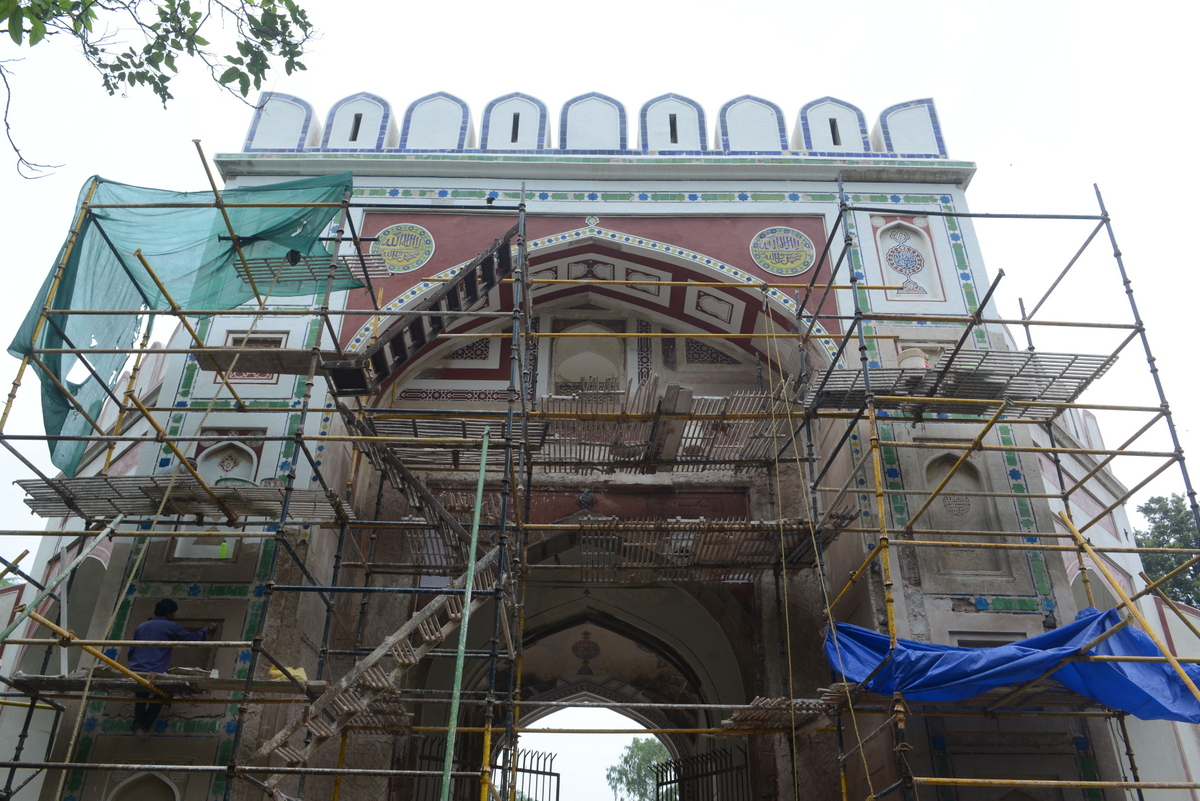 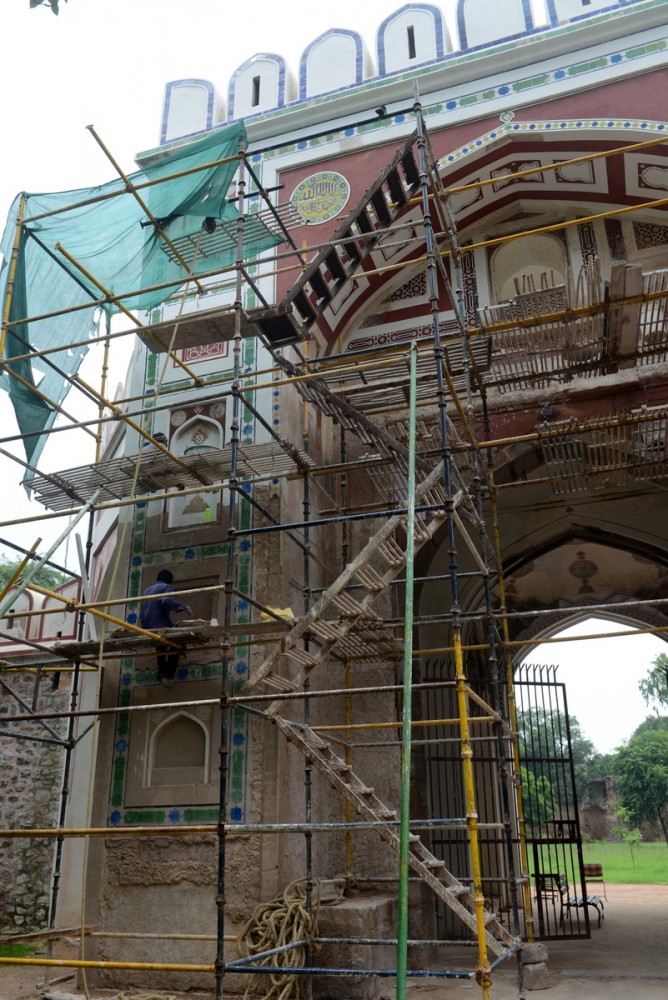 At the entrance to the Interpretation Centre/ Site Museum stands the early 16th century monument of Sabz Burj, possibly the earliest Mughal structure in Delhi. Over 6 million individuals view the magnificent yet presently ruinous structure located on the busy Mathura Road every year. AKTC is seeking from Havell’s co-funding to undertake the conservation of Sabz Burj. This initiative brings together world class professional capabilities in all relevant areas and combines a visionary approach with local contexts and complexities. It is establishing an archetype for participatory conservation-led development with respect for historic cities and their human, cultural, and physical assets, and showcasing a unique and effective approach to the revitalisation of historic urban centres by simultaneously focussing on conservation of protected and unprotected monuments, public space enhancement, environmental upgrading together with the physical upgrading of adjacent living areas, vocational training, employment generation, upgrading essential facilities such as in the education and health sectors, amongst key proposed interventions.