The Outstanding Universal Value of the Humayun’s Tomb World Heritage Site is due to this area being an ensemble of 16th century garden tombs of which Sundarwala Mahal is a prominent example. Conservation works on Sundarwala Mahal, which is a nationally protected monument included repair and rebuilding the western façade, restoring decorative plasterwork in the muqarnas and ornamentation, reinstallation of jallis, internal and external flooring, and restoration of the parapet wall.

Conservation and landscape development works on Sundarwala Mahal were supported by HUDCO, and were completed in 2015.

As a first step, detailed documentation of the structure including architectural drawings, condition assessment, archival research and photo documentation was undertaken, which was included in the Conservation Proposal prepared for all Sunder Nursery monuments in March 2008 and on the basis of which approval was given by the Archaeological Survey of India.

First phase of conservation works on Sundarwala Mahal were taken up in 2009 – 10, when the collapsed portions of the monument were reconstructed. Also in the first phase, portions of building inappropriately reconstructed by the ASI in 2002-6, were demolished and reconstructed as per original Mughal era details. In 2014, HUDCO provided funds to carry out the final conservation programme that included installation of red sandstone flooring, re-plastering the structure including restoration of the muqarnas. The roof required major repairs including removal of existing cement concrete and restoring a traditional lime based flooring. 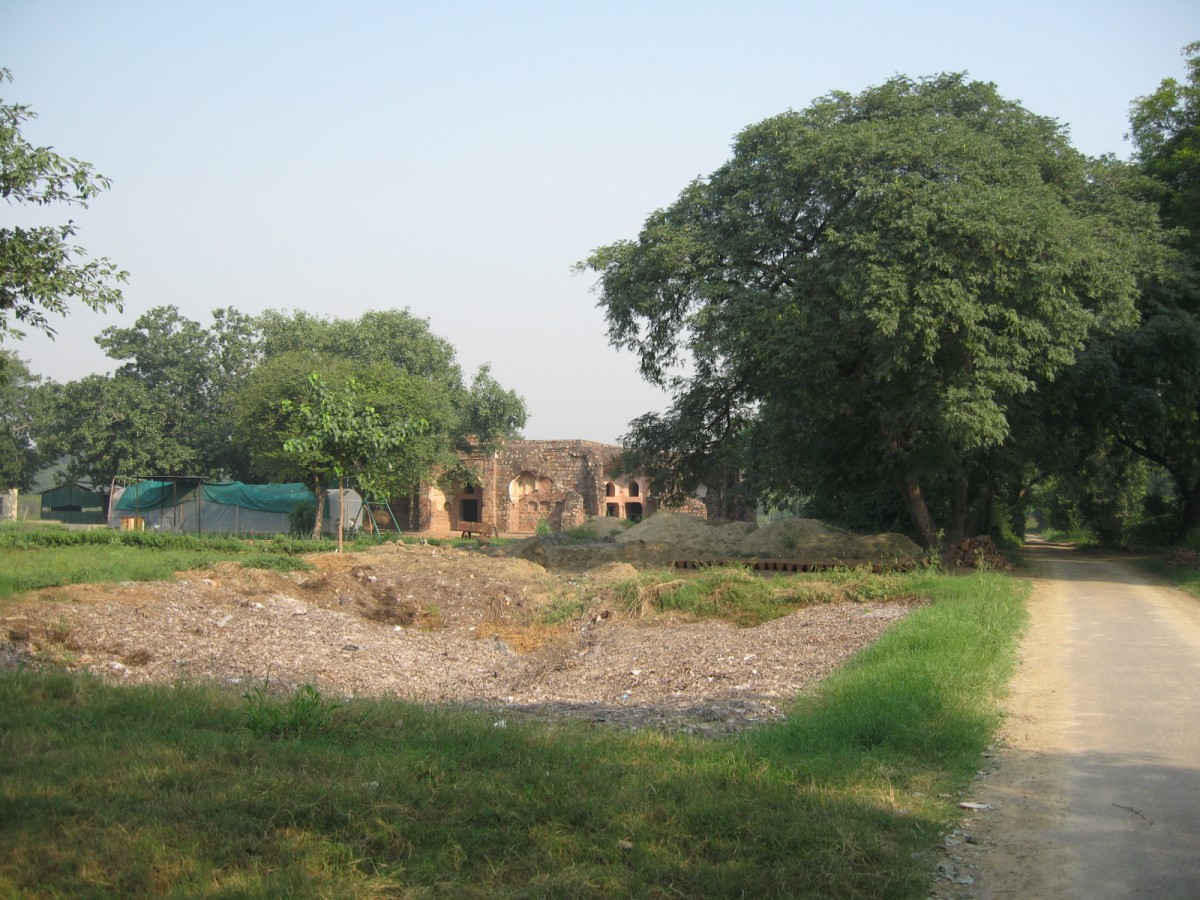 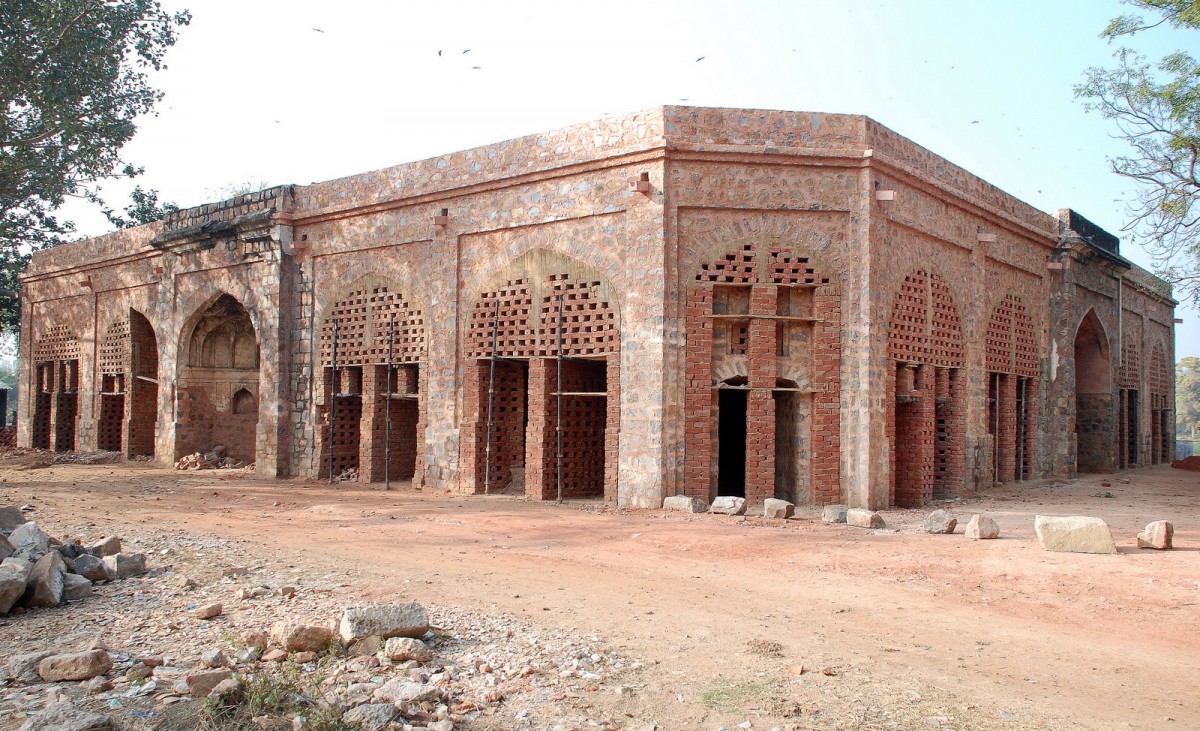 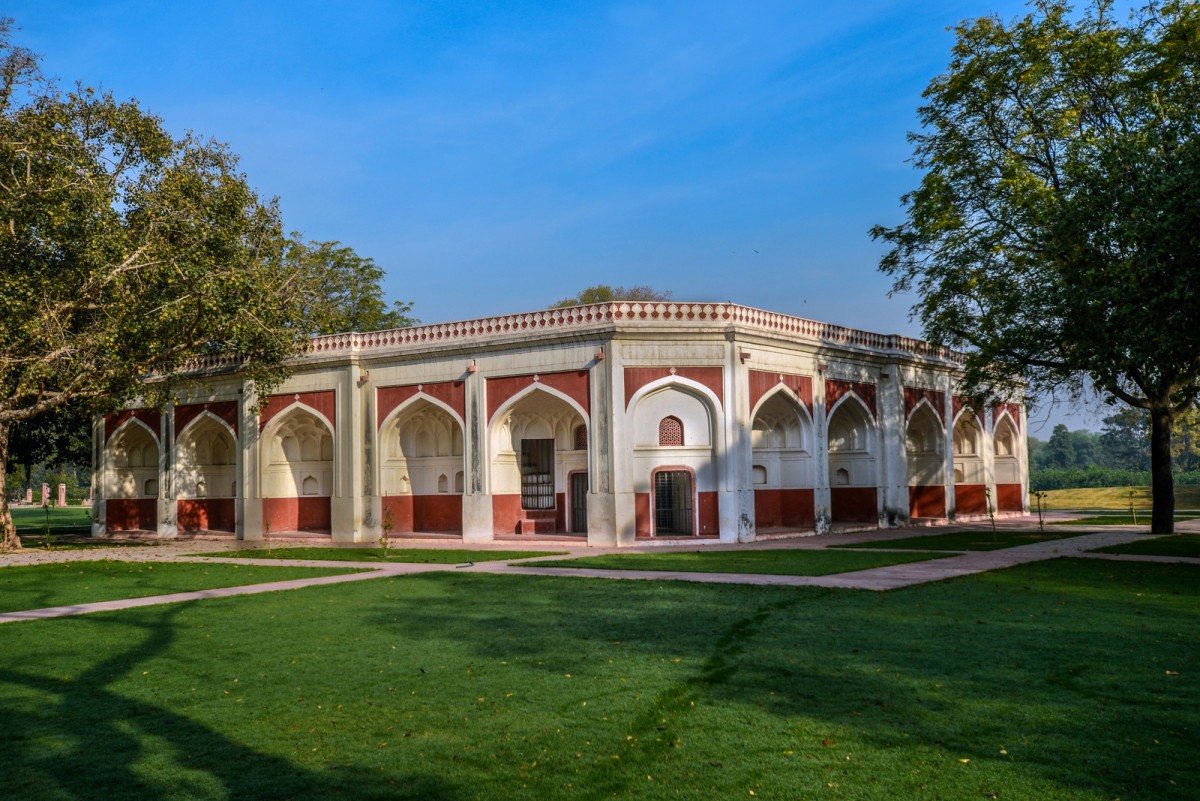 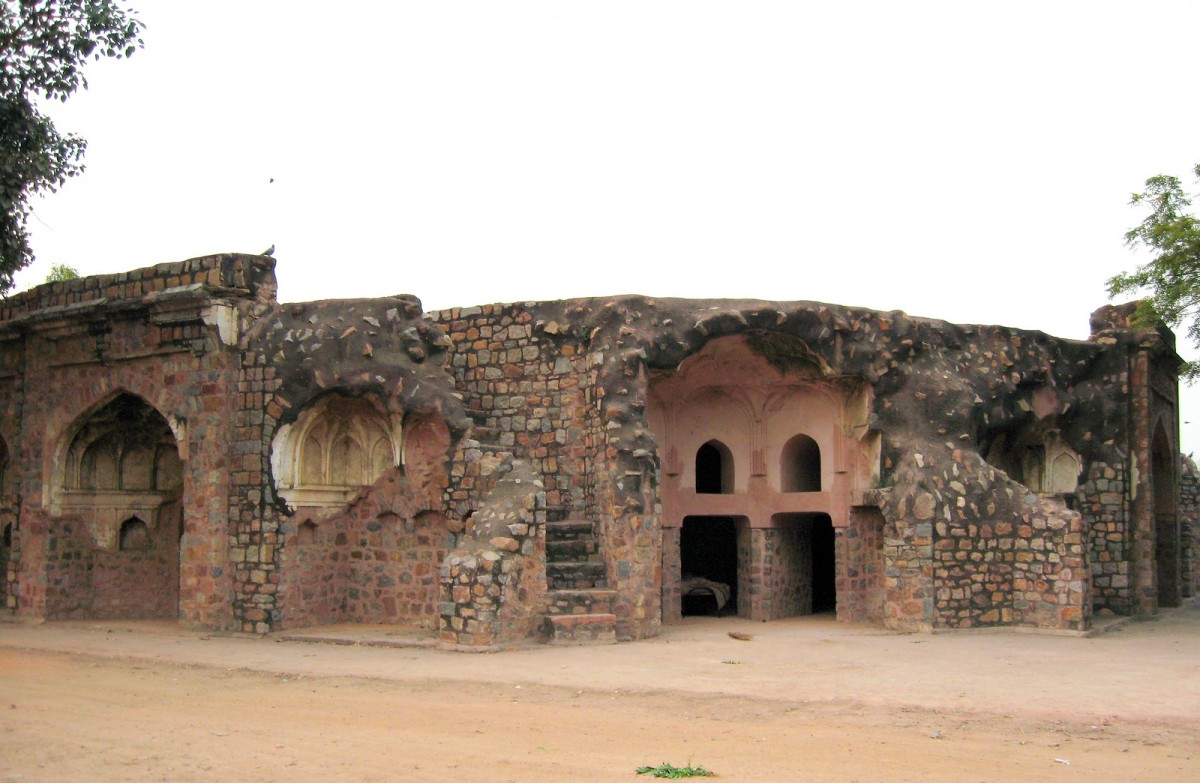 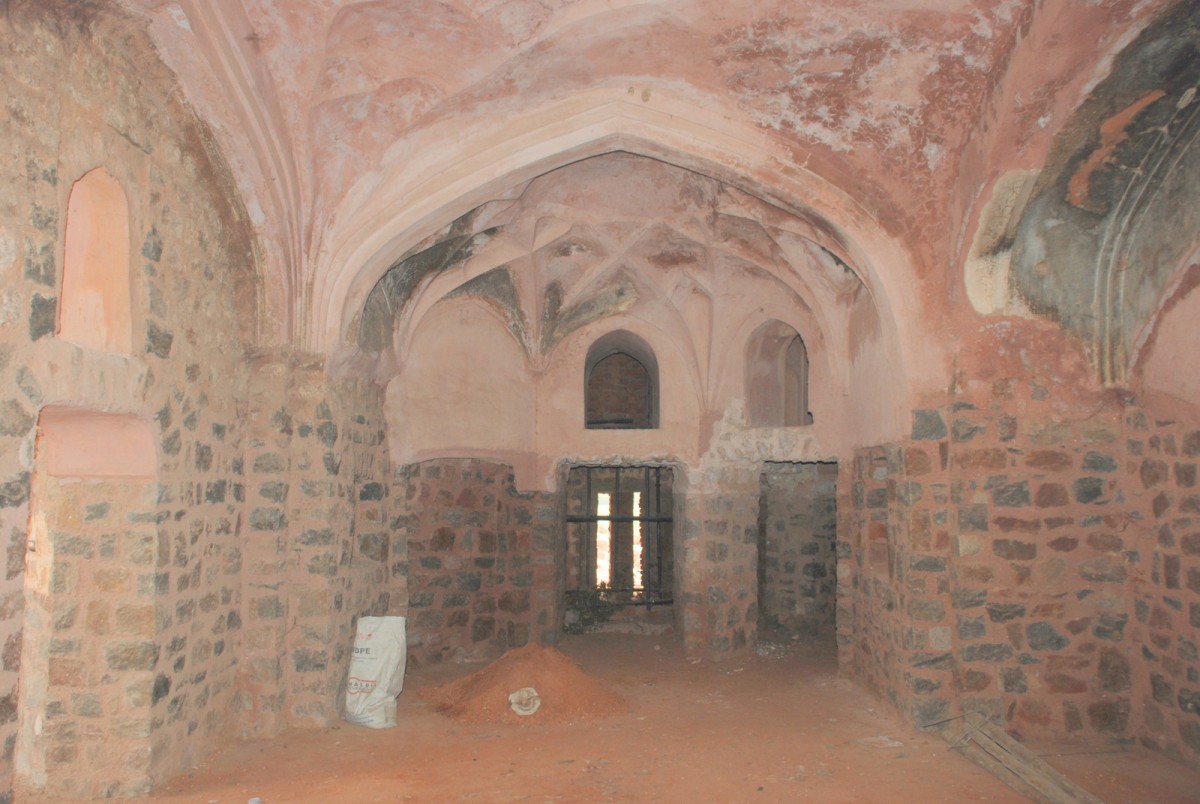 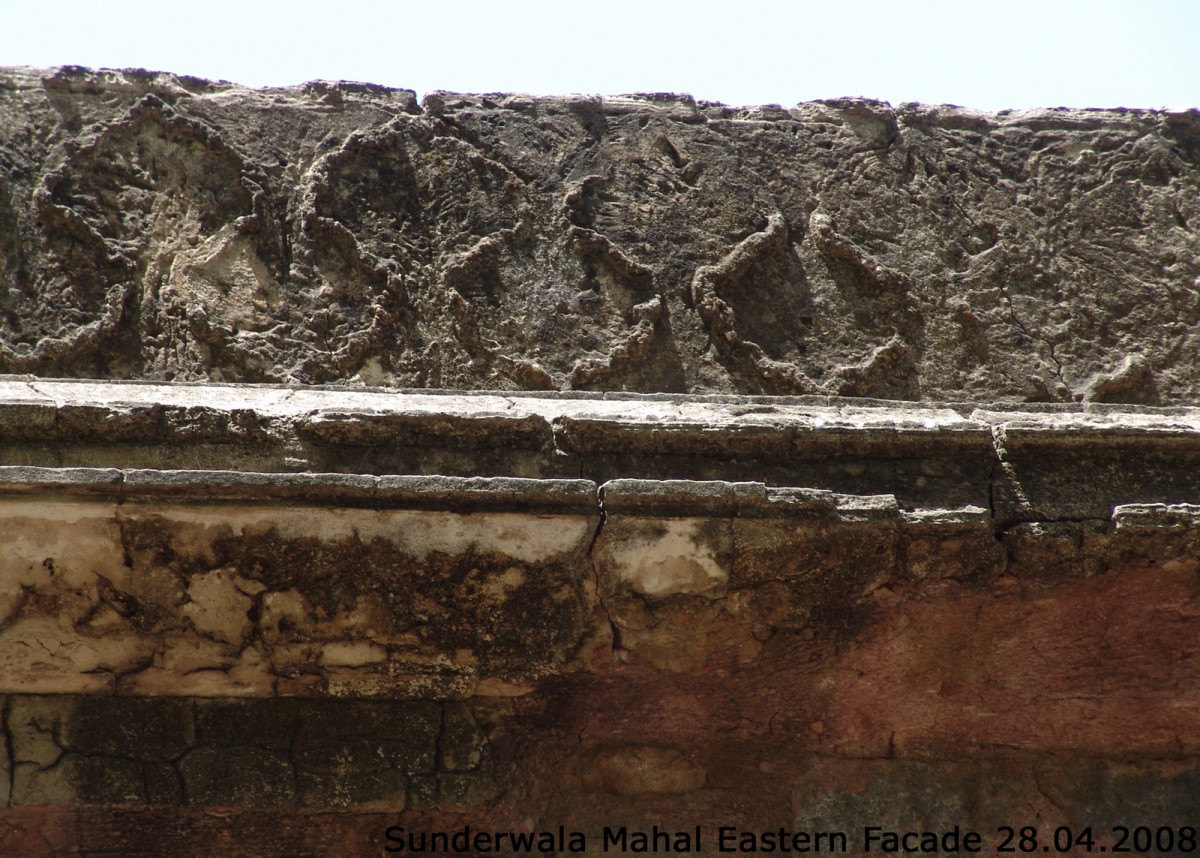 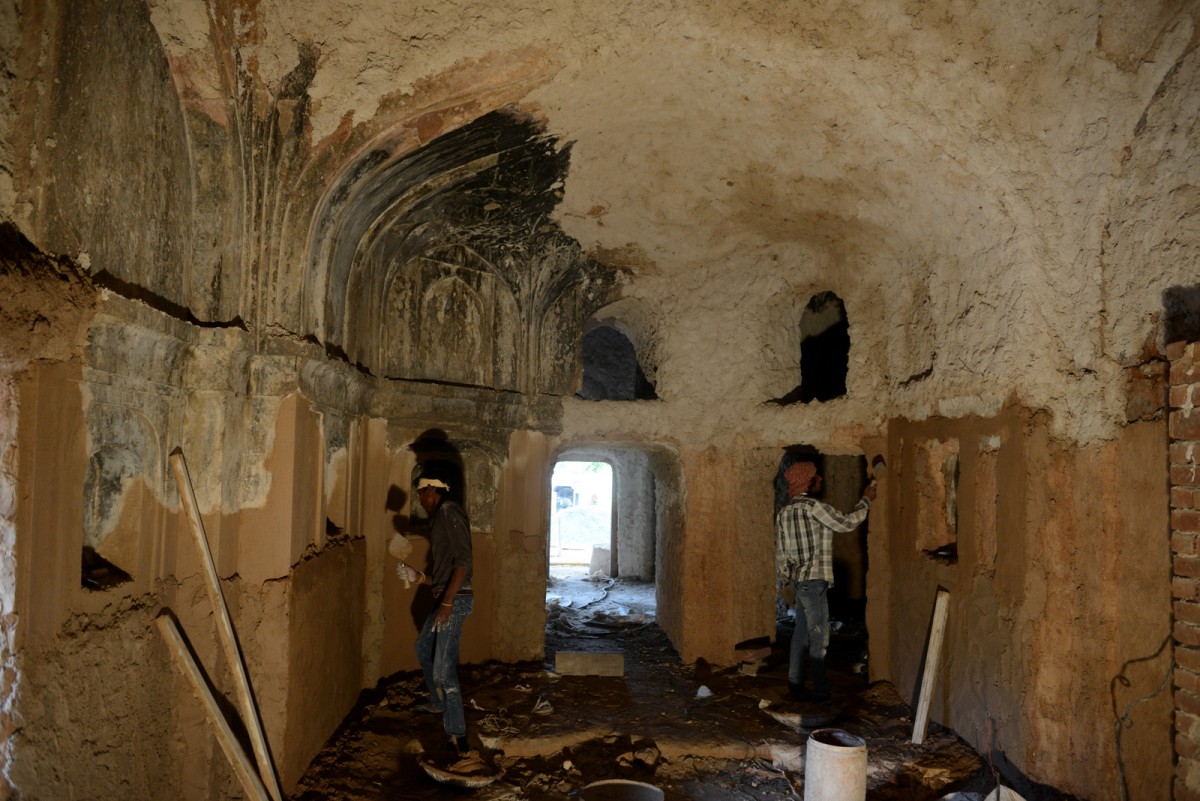 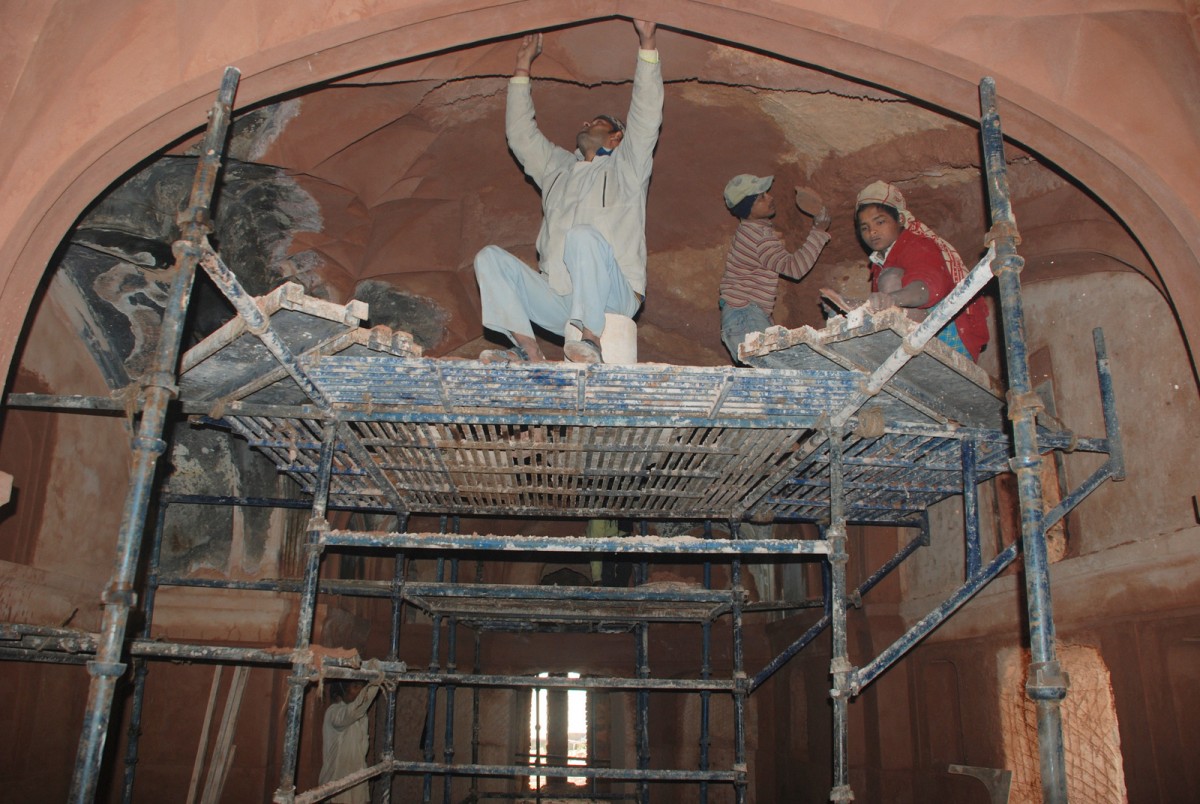 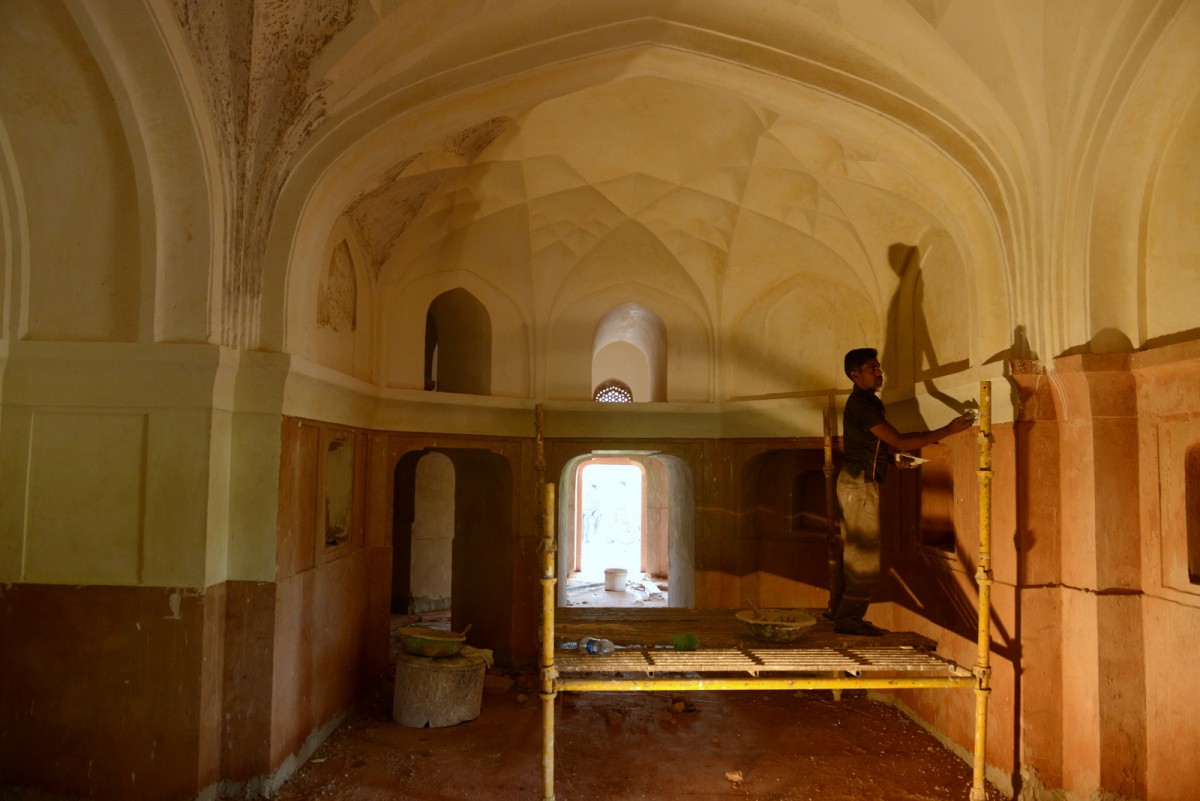 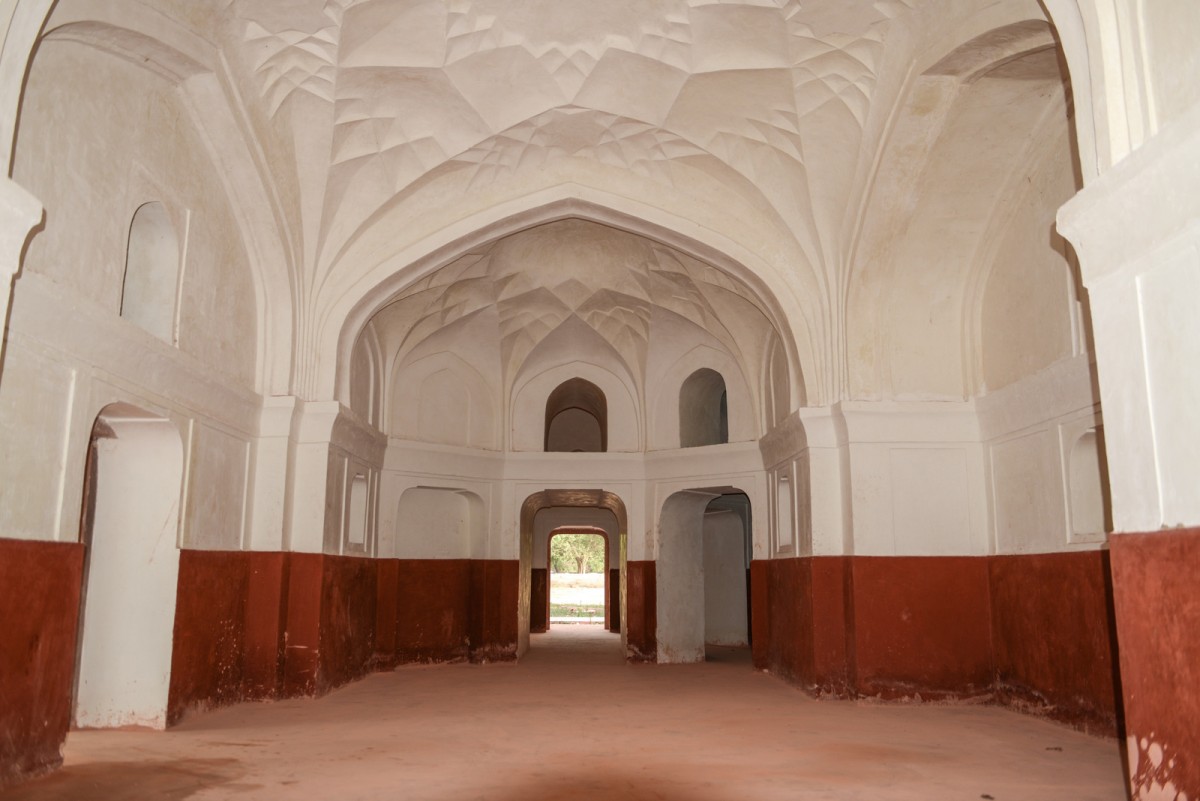 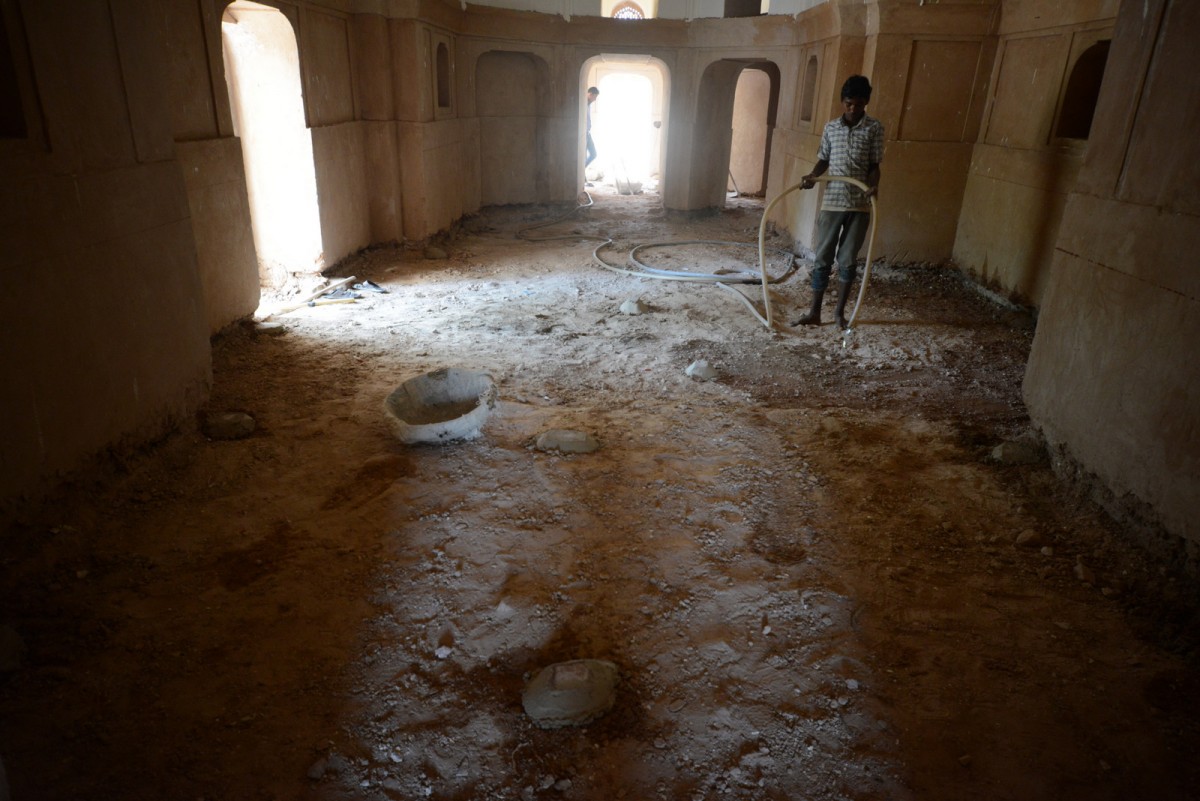 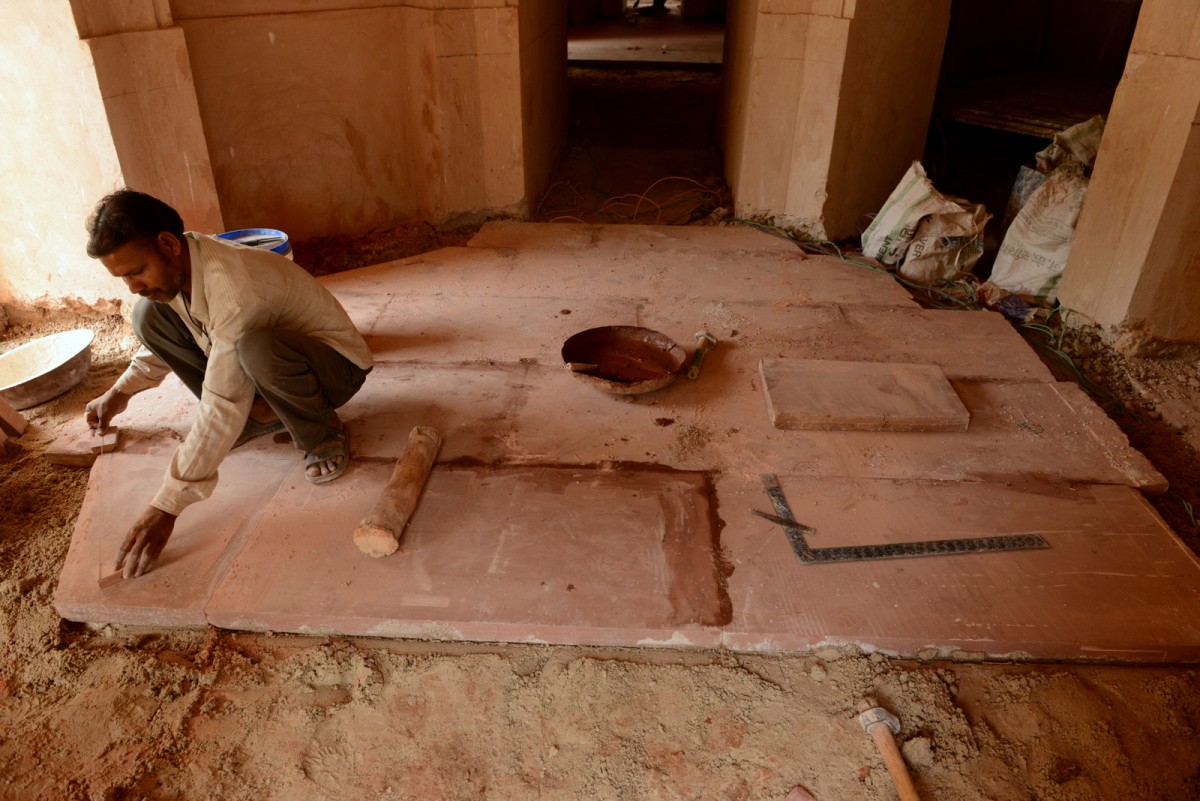 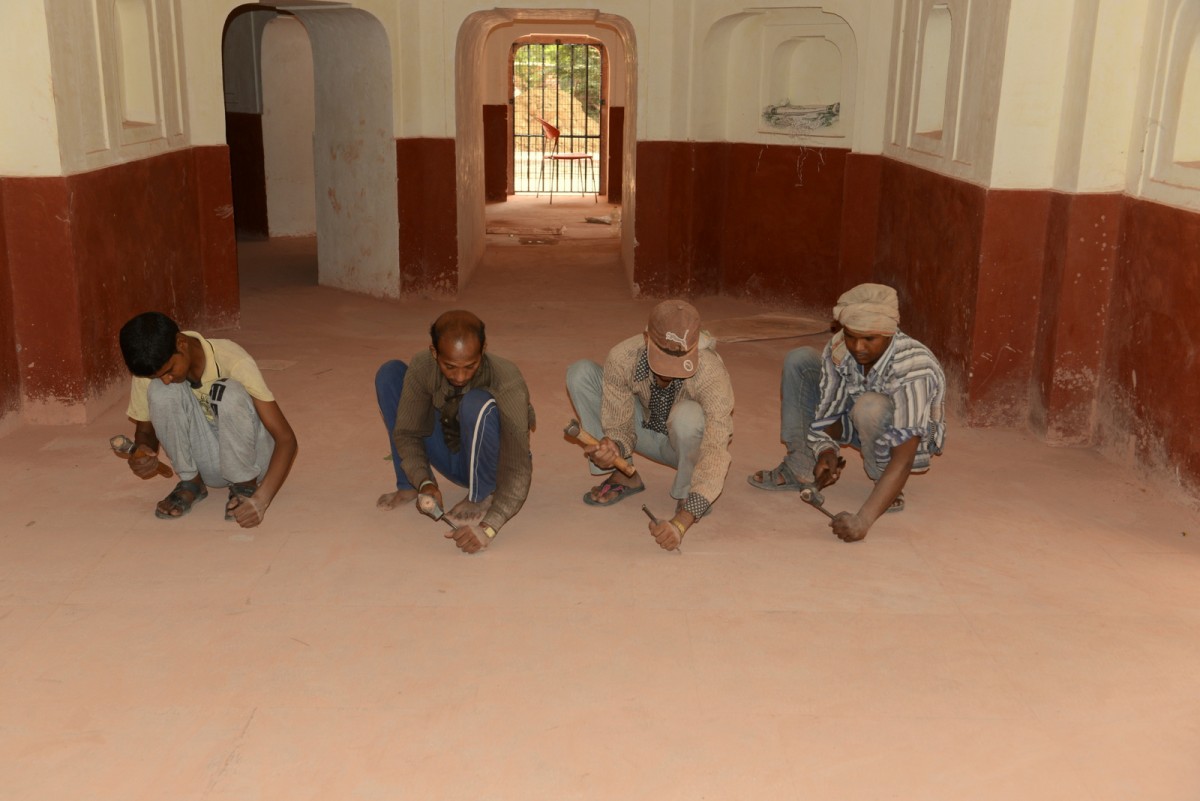 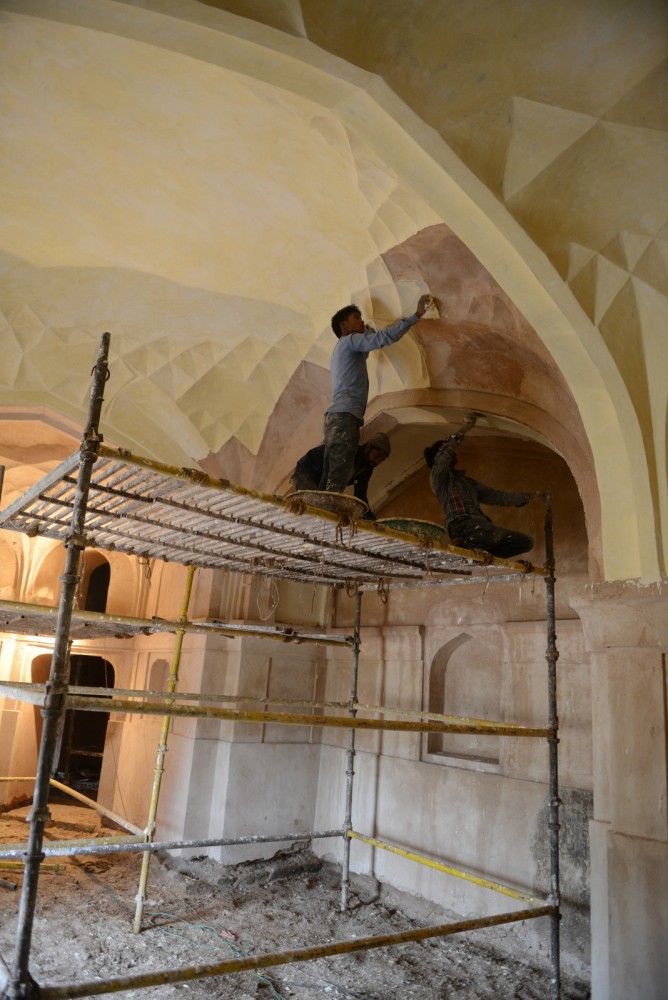 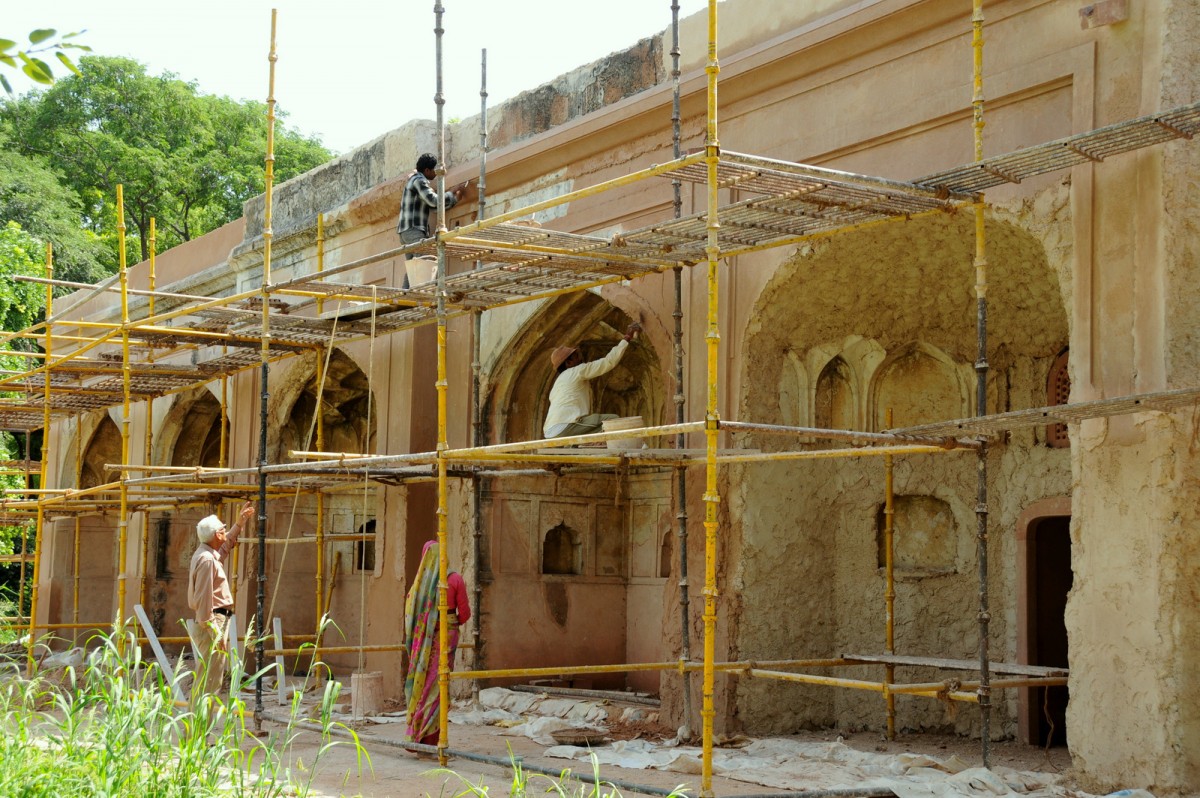 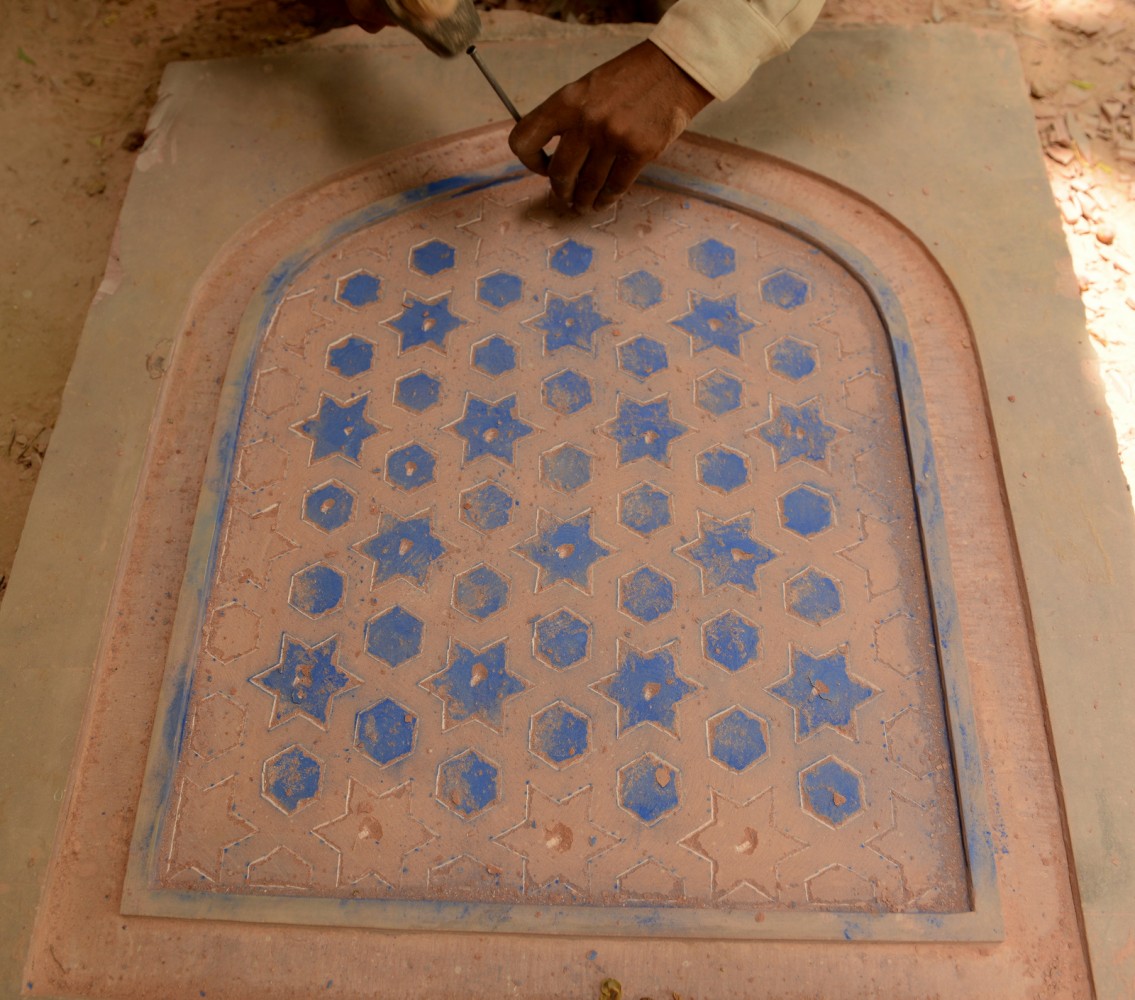 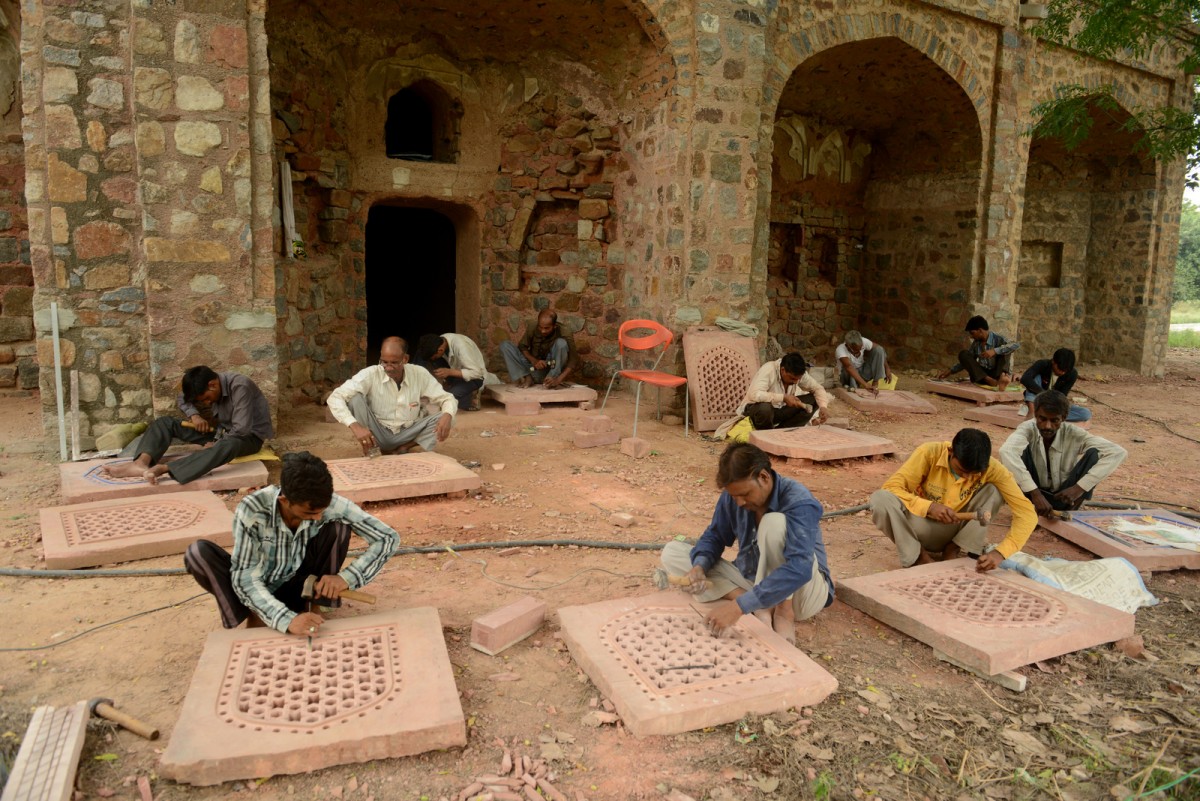 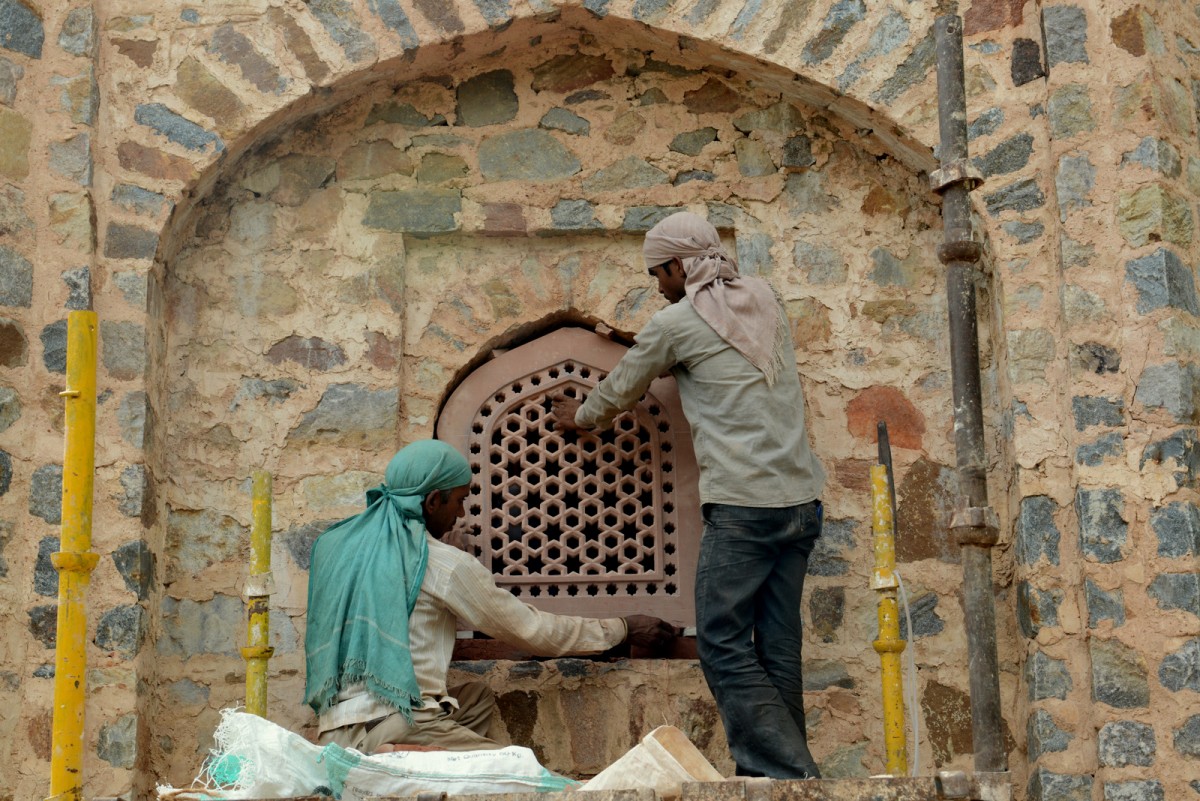 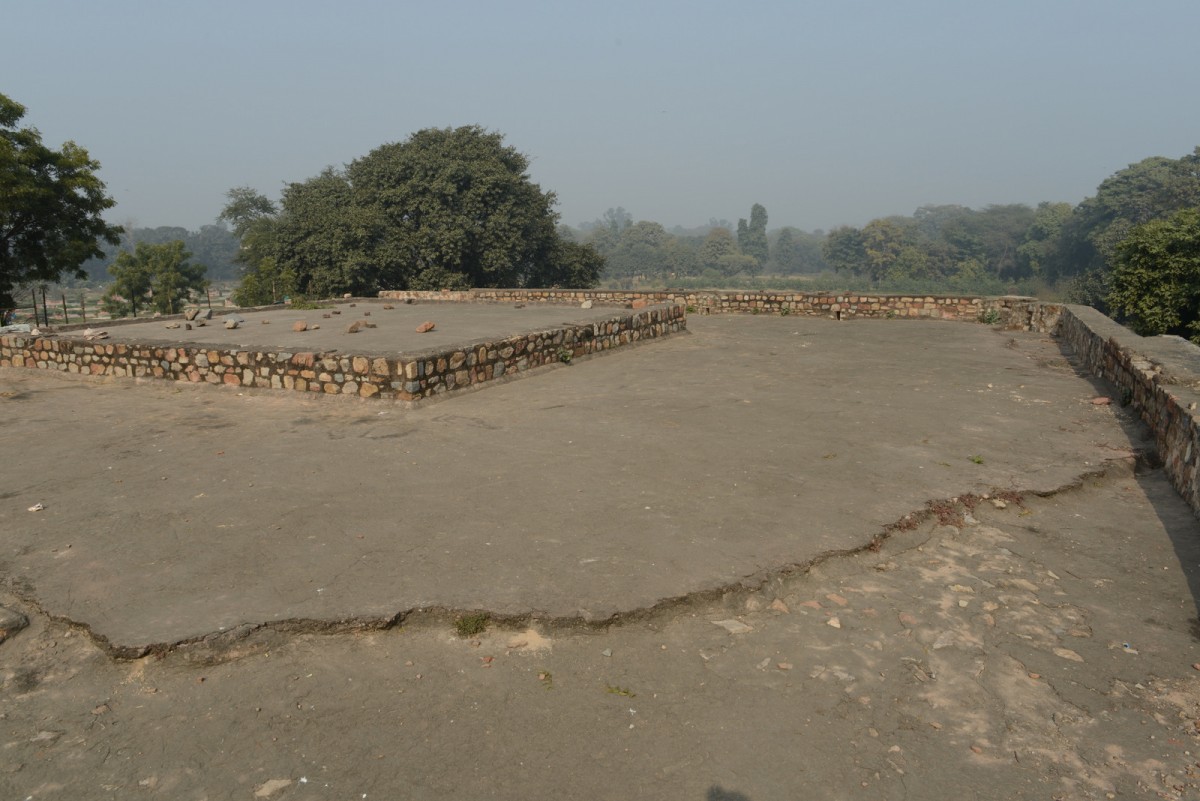 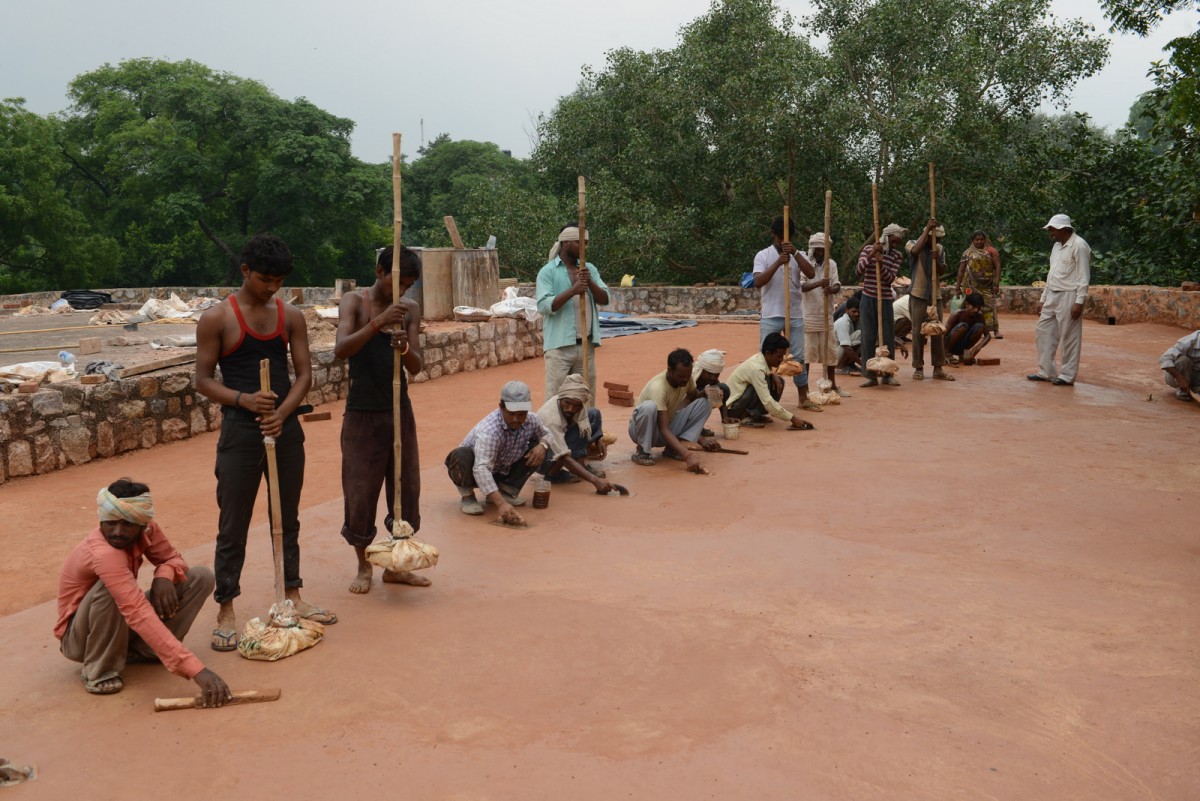 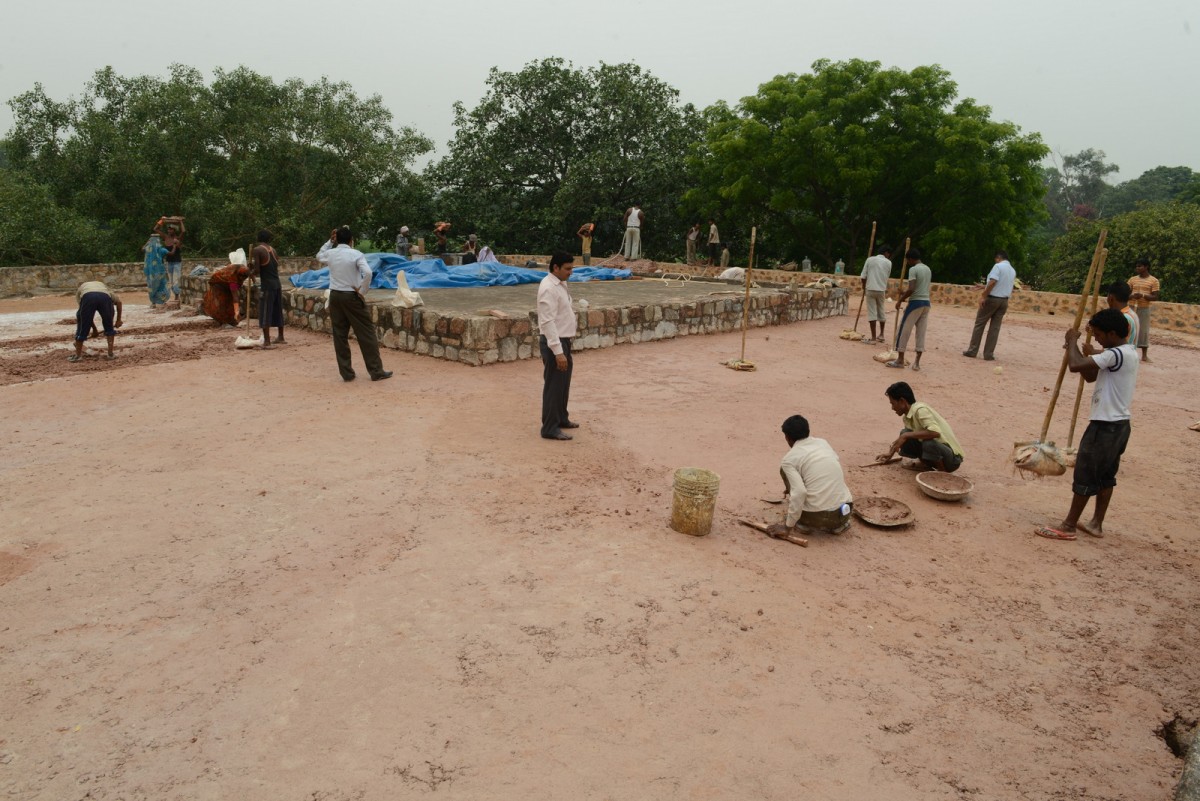 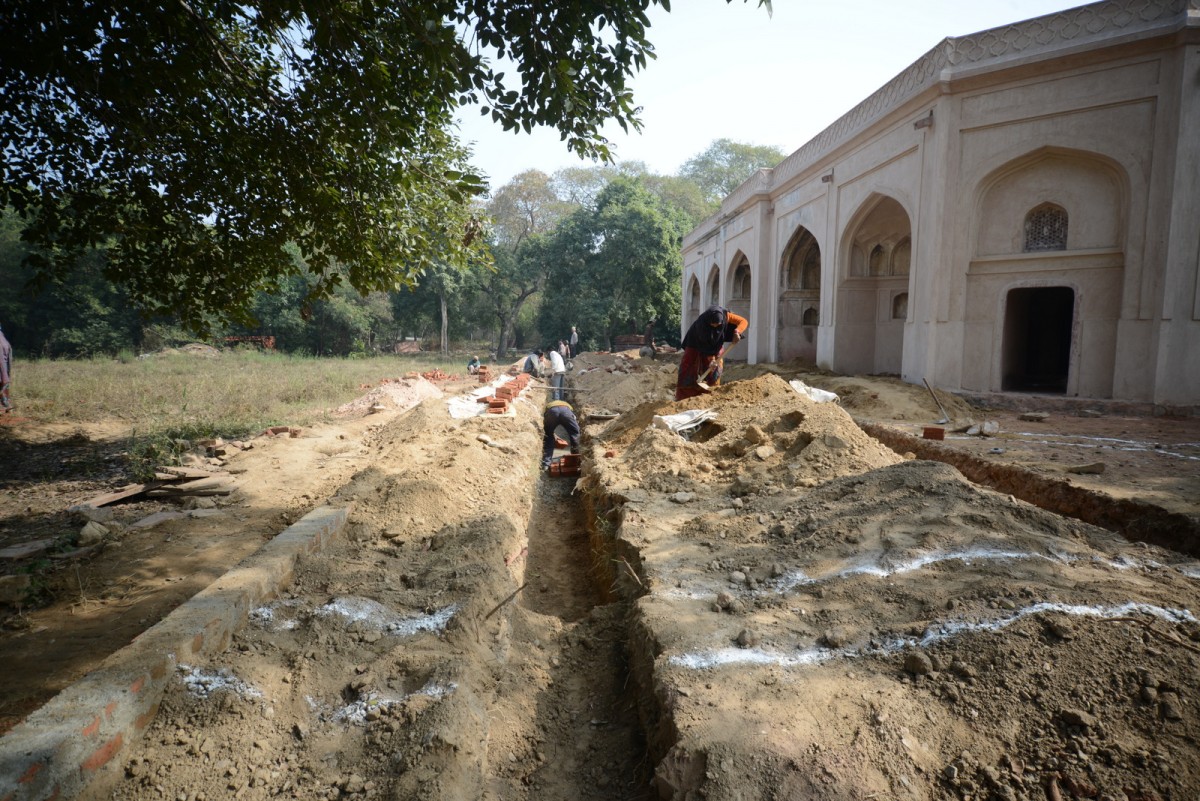 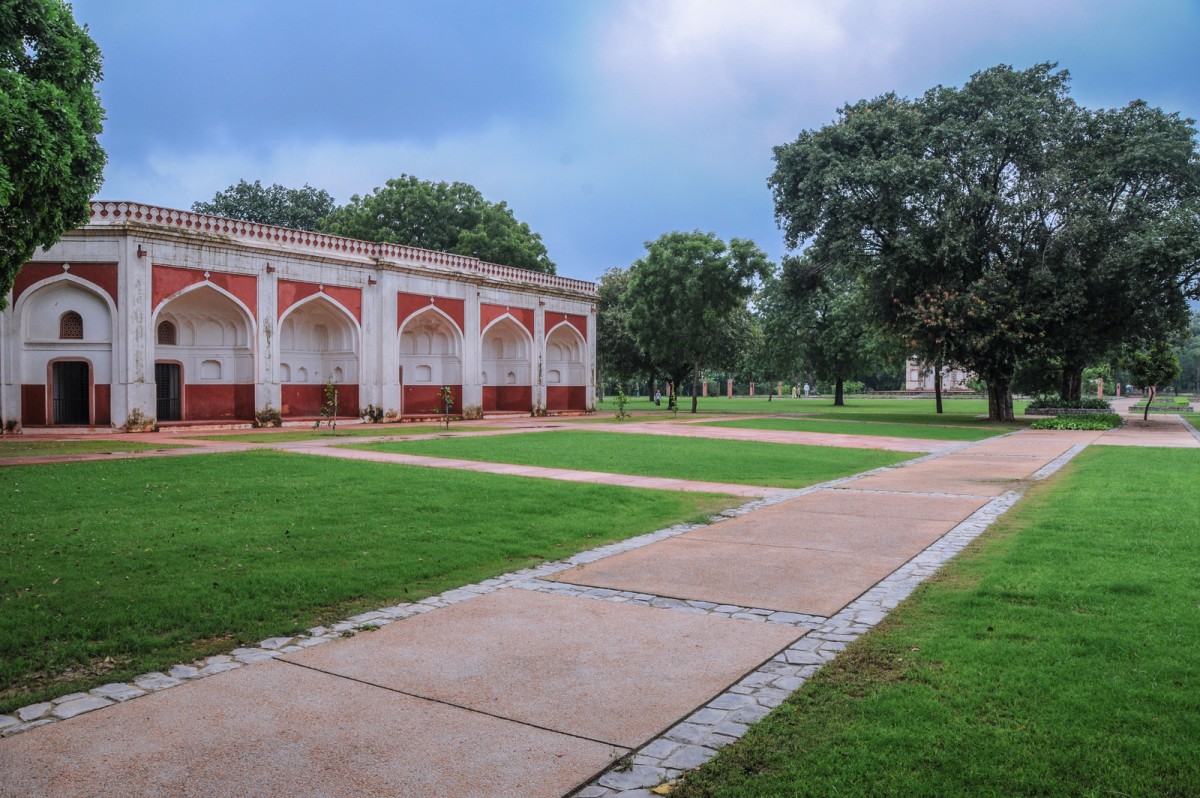 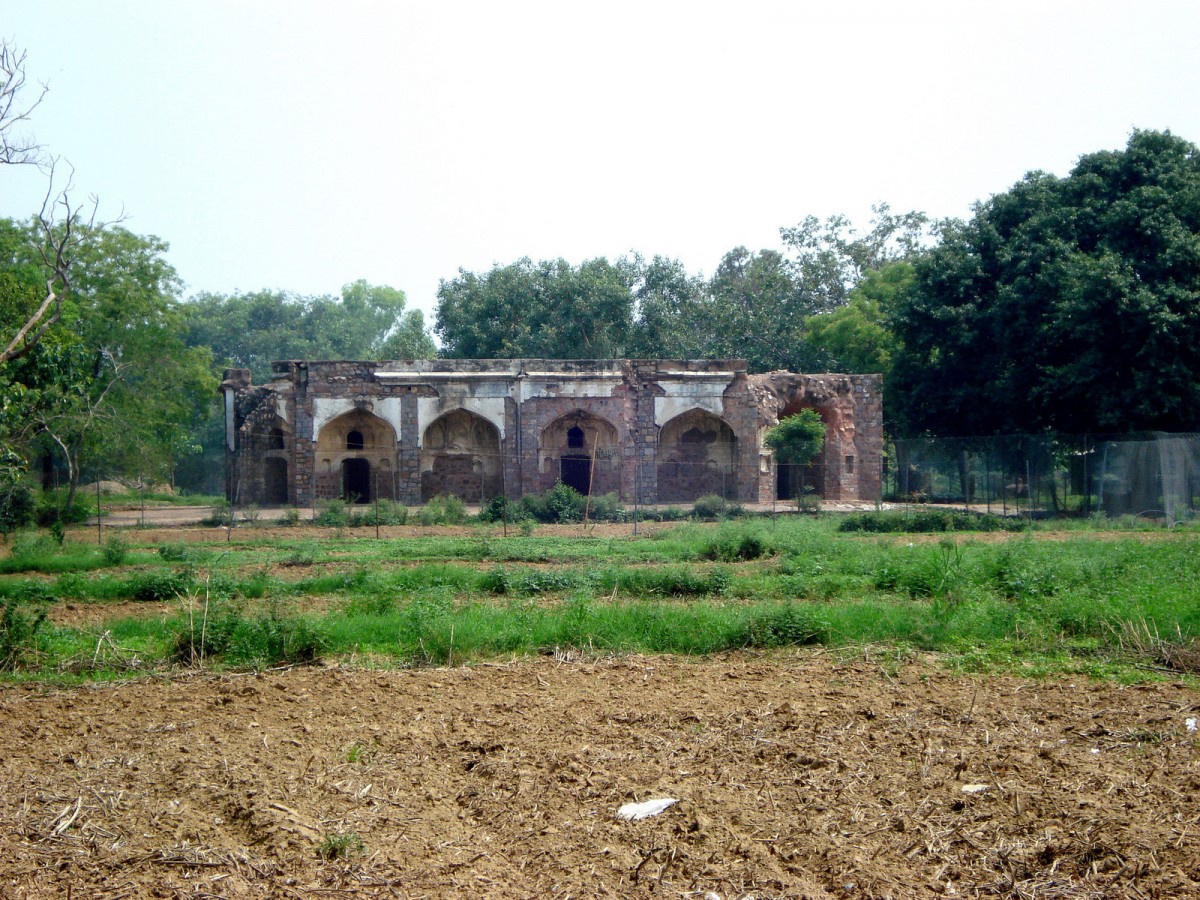 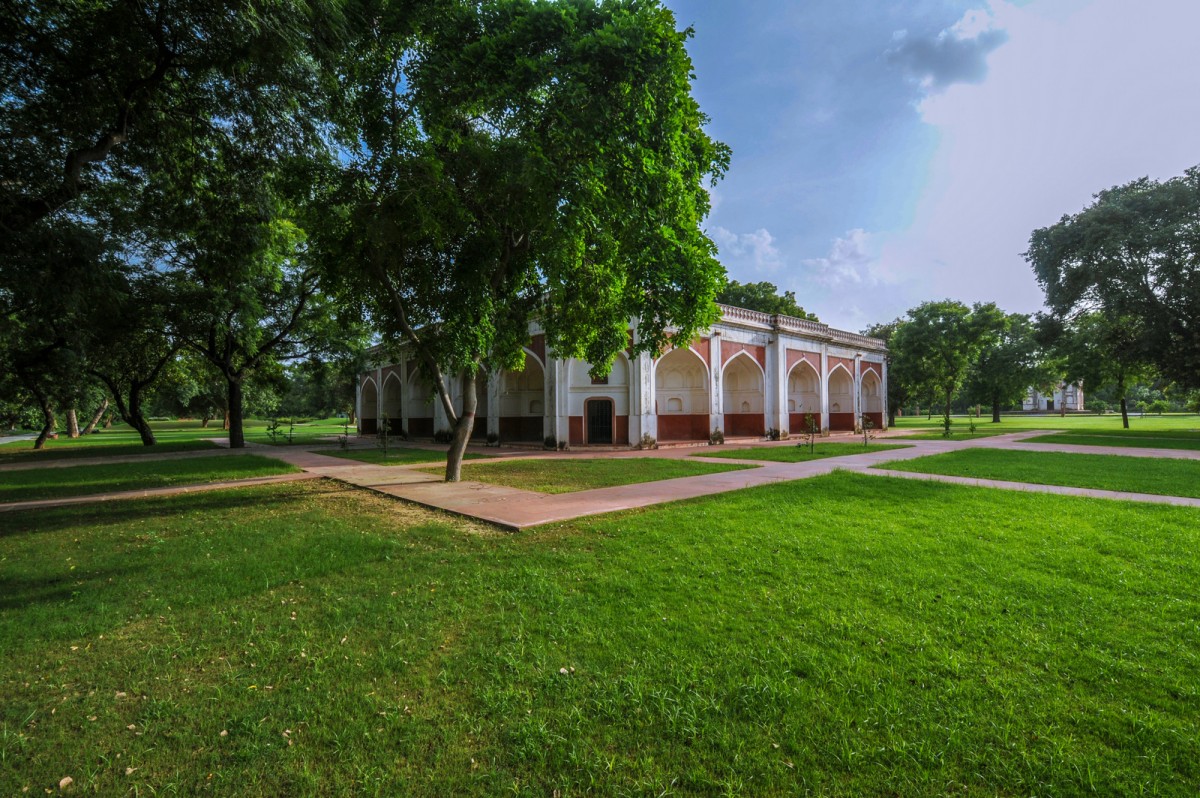