Due to replacement and partial repairs carried out in the 20th century portions of the plinth were facing water logging thus causing serious structural cracks in the ceilings of the cells below. In order to ensure easy rainwater disposal the paving needed to be laid to proper slope. This was also an opportunity to restore the historic pattern of the paving, as documented in an 1880’s drawing found in the ASI archives.

Restoration of the sandstone plinth of Humayun’s Tomb required manually lifting of the existing red sand stone paving, and replacing the decayed stones with slabs of same size – hand chiseled, providing a lime mortar base and laying them in original pattern.

In 2009-10 a detailed documentation was carried out using total station survey and 3D laser scanning, recording the stone pattern as found, prior to commencing works. With the high definition survey the levels of the plinth were taken on a 1m grid thereby identifying the areas of water logging where original slopes had been destroyed. Stones with mason marks were carefully identified, located on the map, marked on site and retained during the conservation process even if their condition was comparatively poor. Once the proposed slopes had been carefully worked out, the repair works were undertaken on a bay by bay basis. The northern section was first repaired, followed by the south-western quadrant. Sections on the eastern and western side were found to be in their original condition – not requiring extensive repairs.

4725 sq.m. paving area required to be completely lifted and re-laid again to provide appropriate slopes and original layout and 1550 sq.m. paving area with original layout retained and repaired partially. Thus, approximately 60 % of the total area of 6150 sq.m. was re-laid completely. Structural cracks and cavities in underneath layers are filled with lime concrete and consolidated before laying red sand stone paving. Original stones with mason marks were documented, conserved and re-laid in position. 70 % of the old stones were reused or retained while 30% new stones have been used for the paving. It was agreed that any machine dressed stone thinner than 6 cm would be replaced and no new stone less than 8 cm thick would be used for replacement. Approximately 75% of the original stones of thickness 4” to 10” have been reused in the paving. Underlying loose and deteriorated layers have been consolidated using lime mortar and lime concrete. Cement mortar found to have been used extensively in the northern and southern sections has been removed. Structural cracks in the dome/ vault surfaces have been carefully stitched, repaired and grouted with lime based slurry. 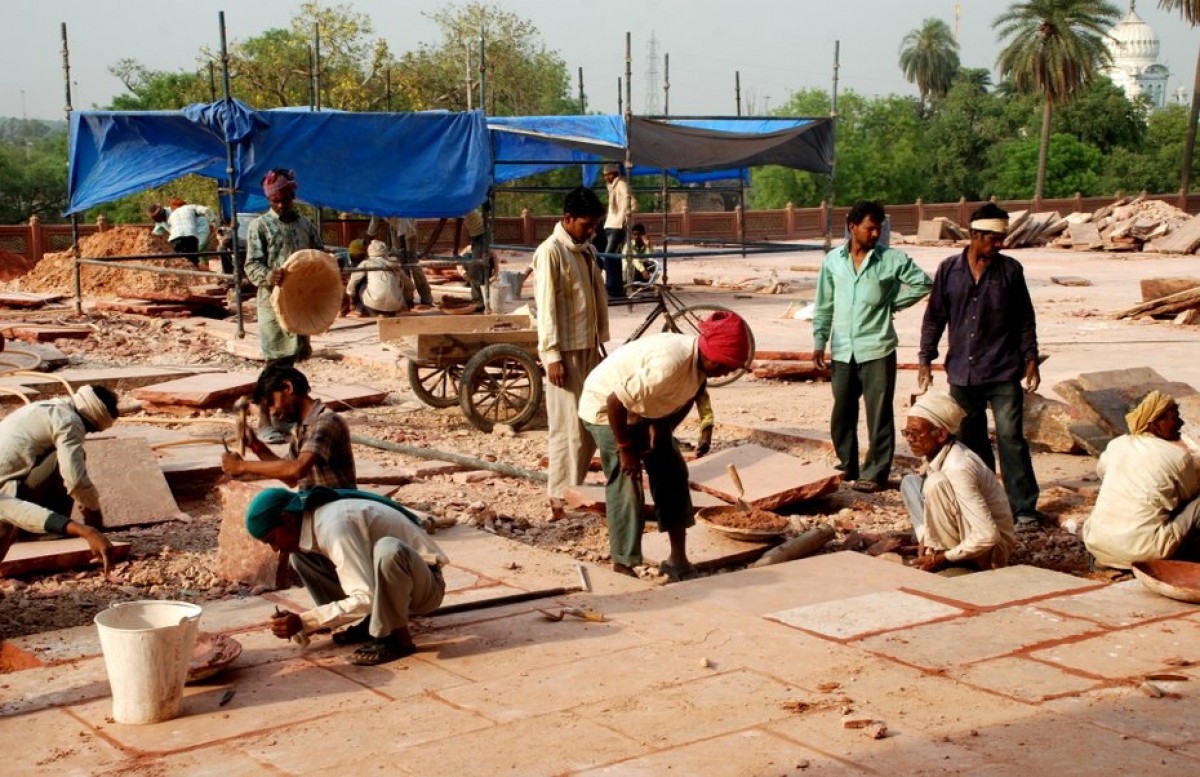 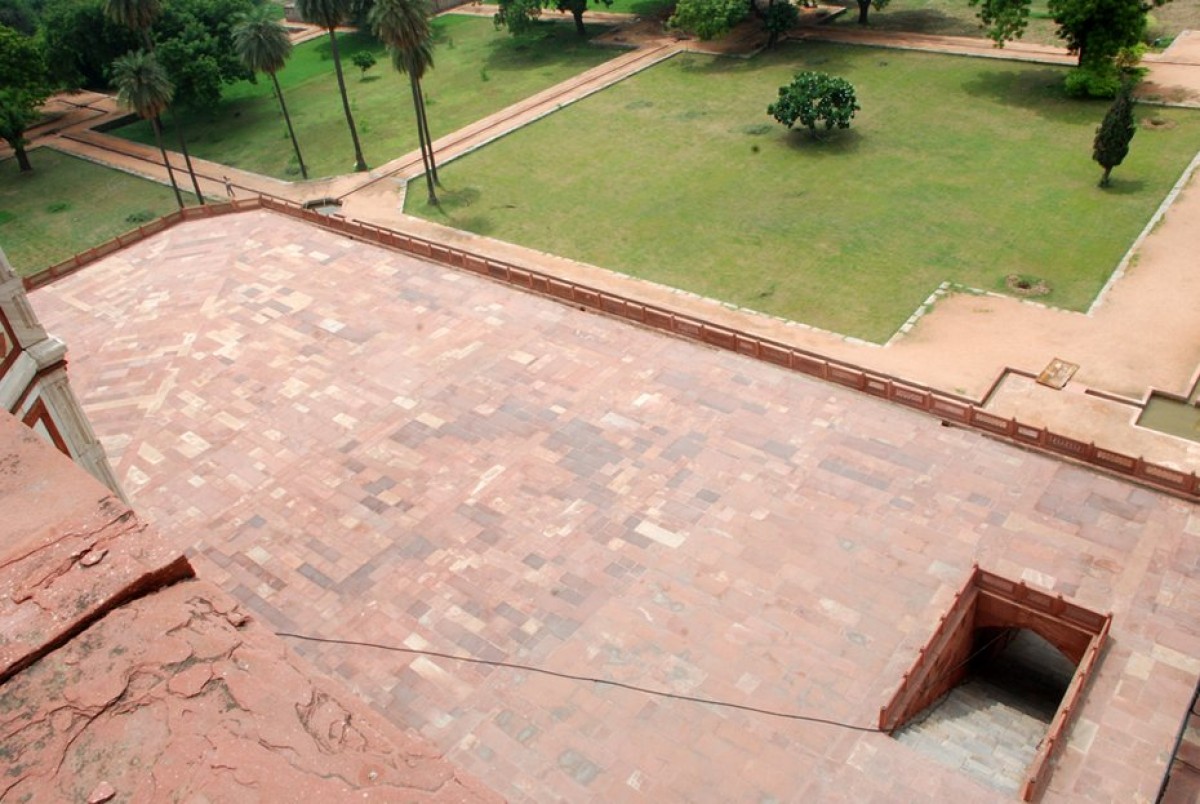 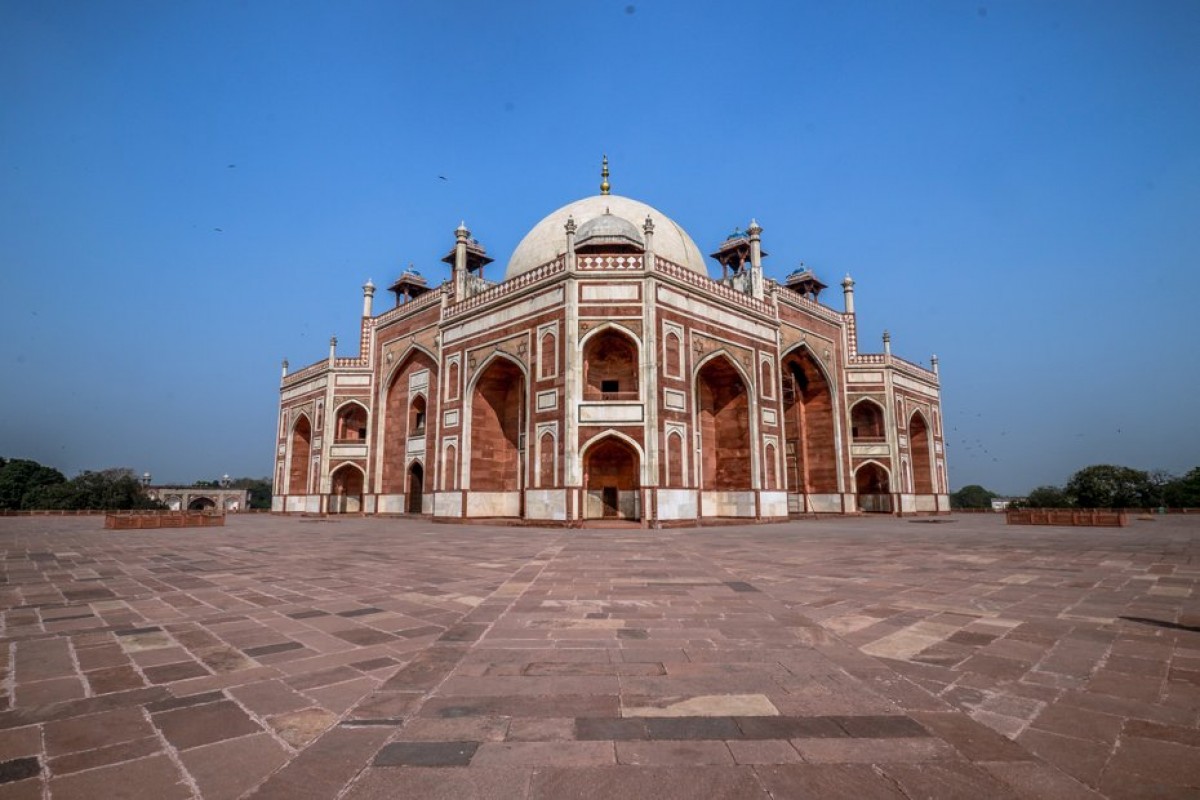 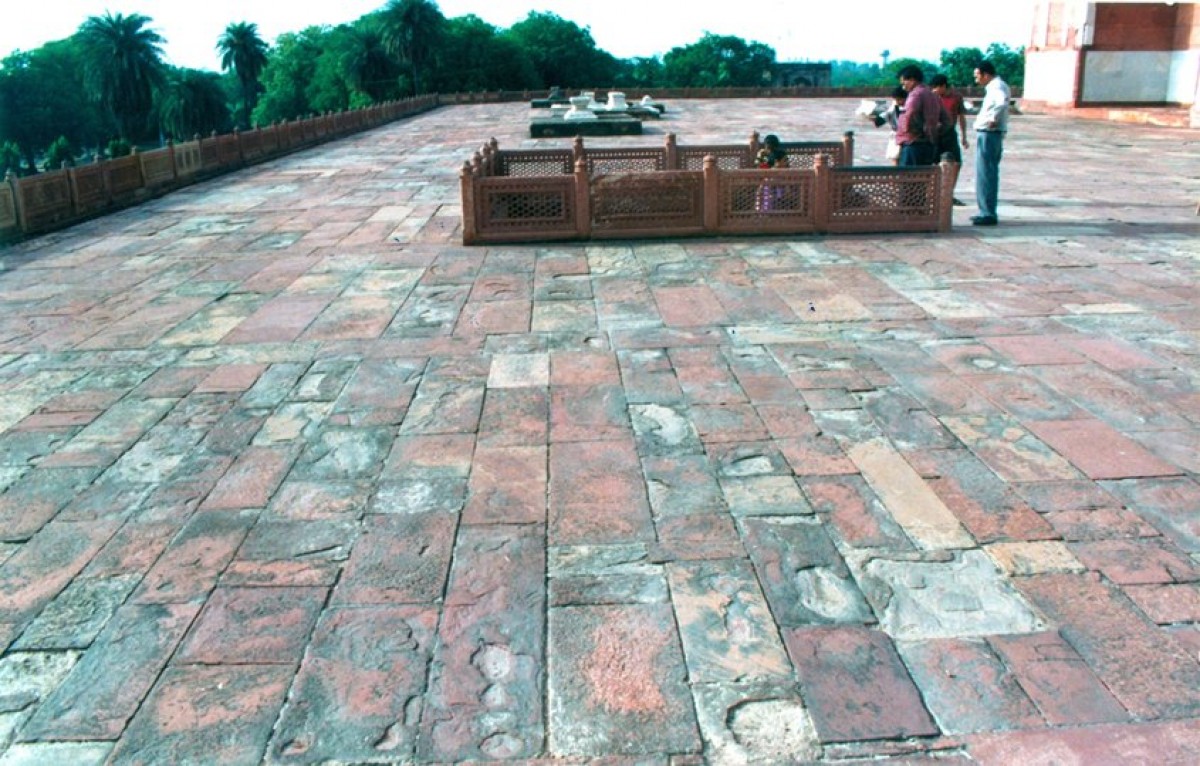 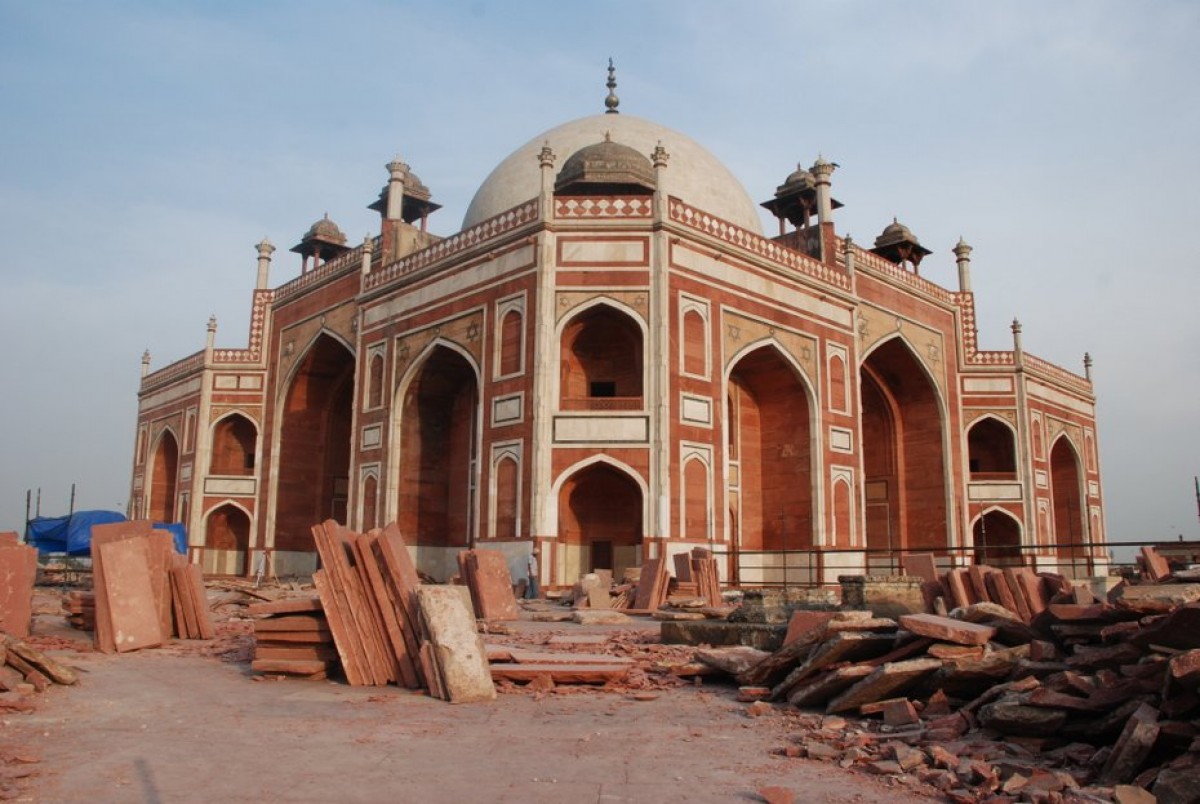 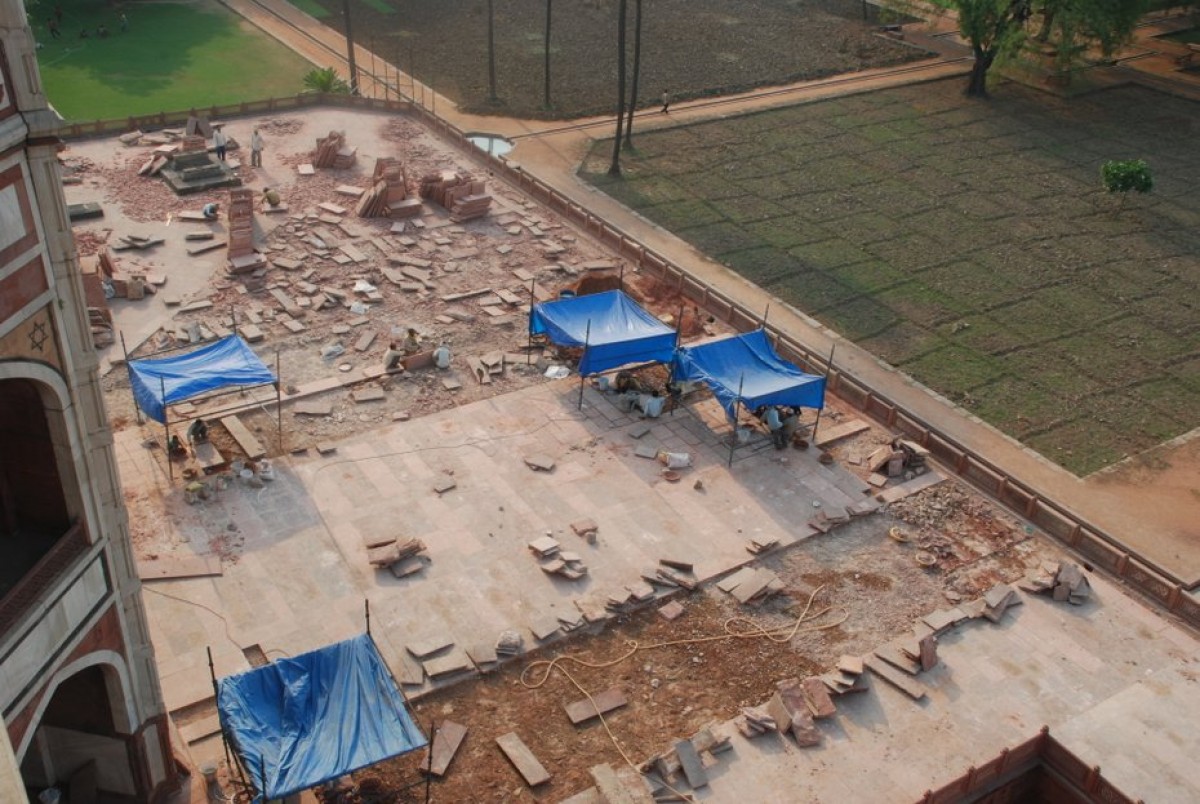 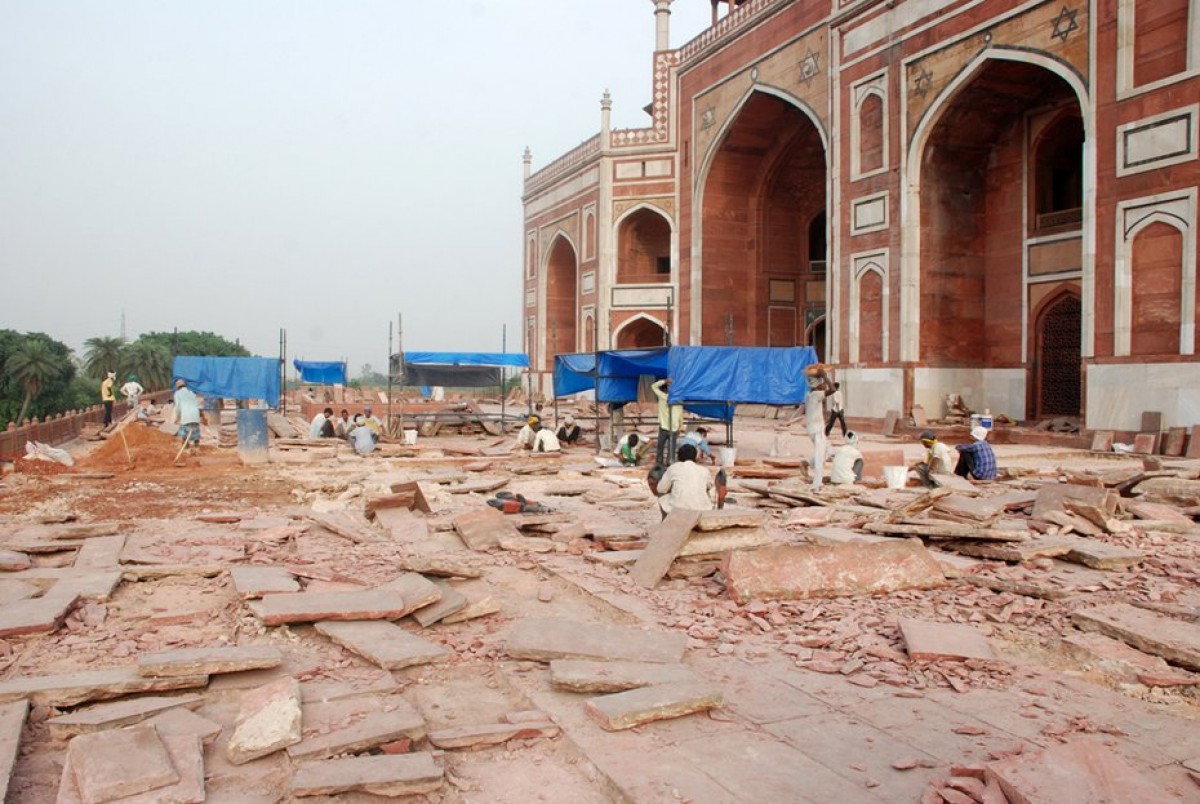 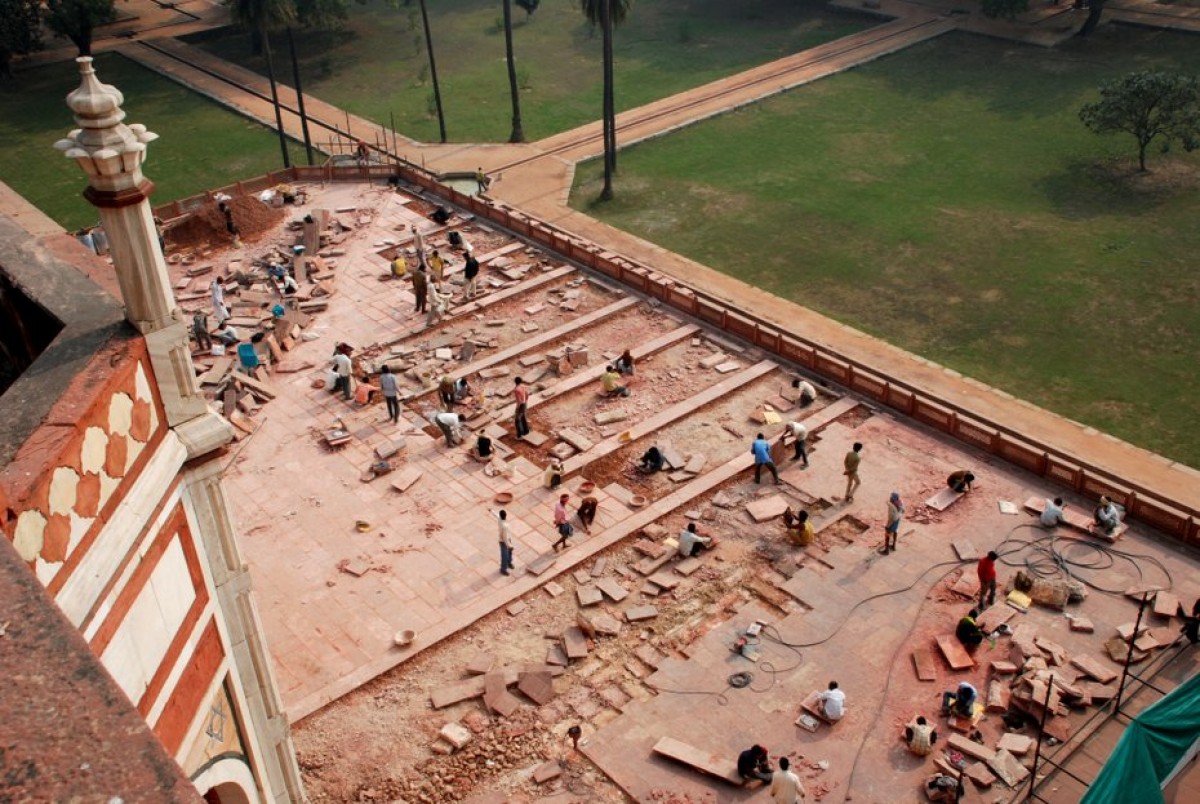 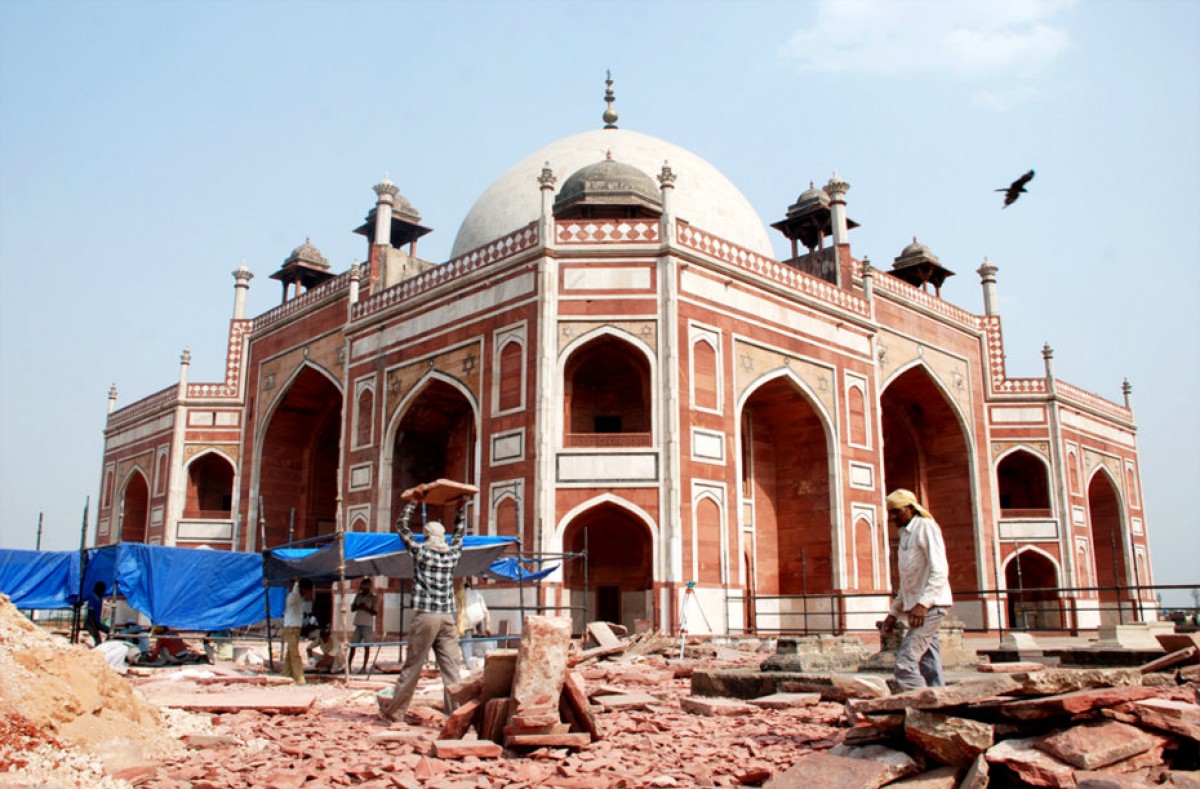 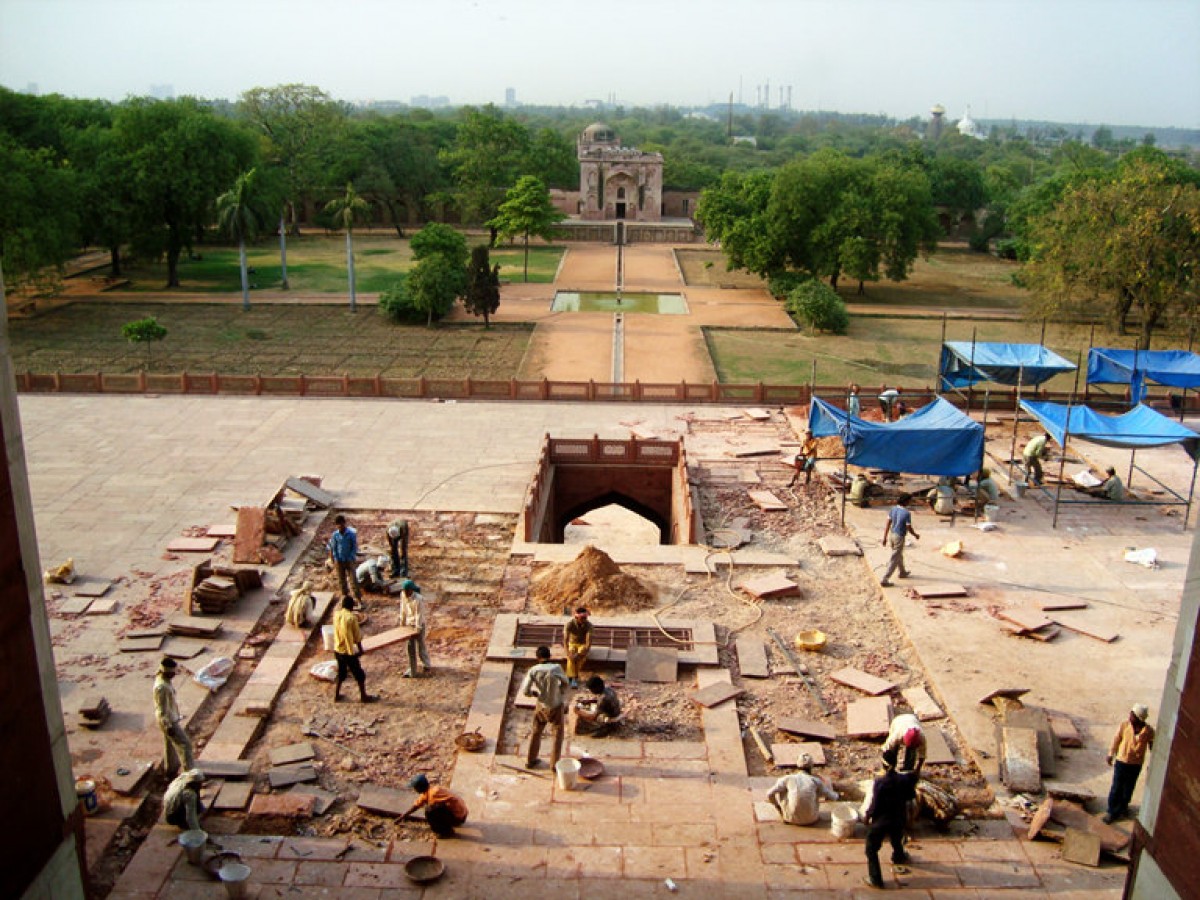 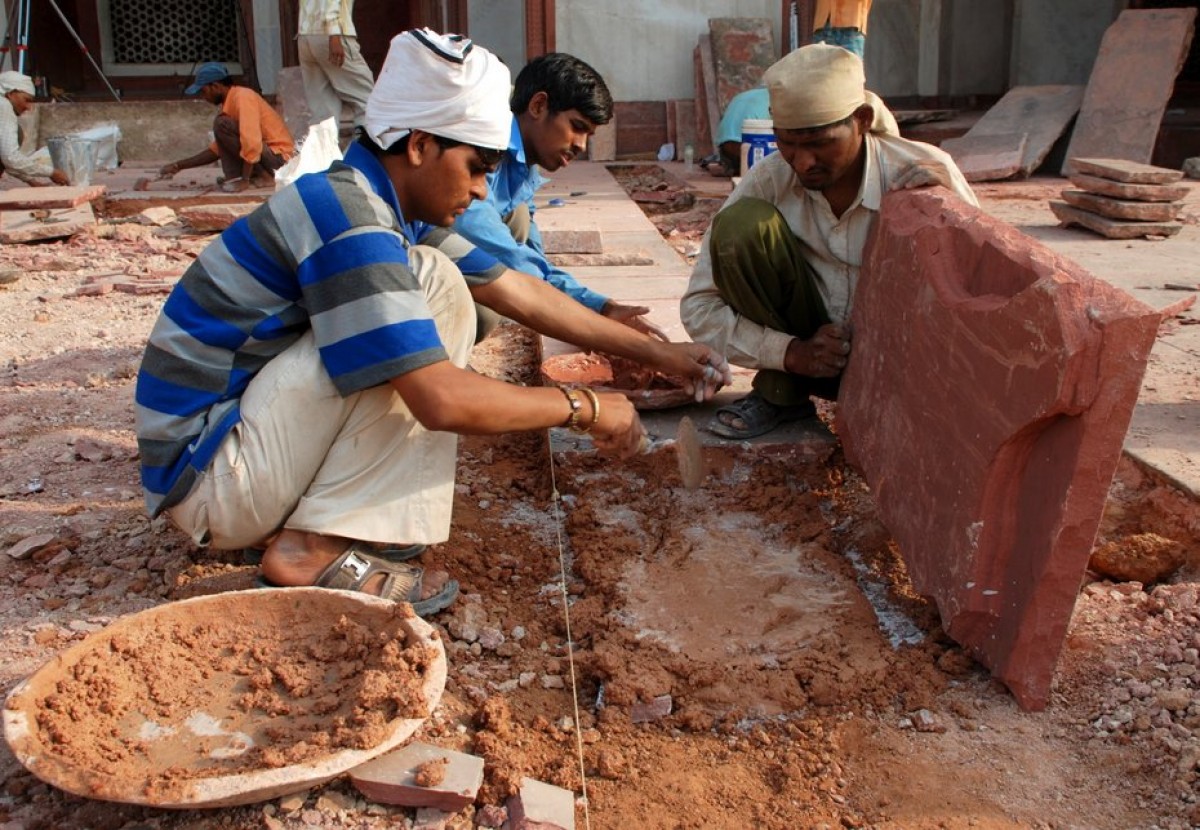 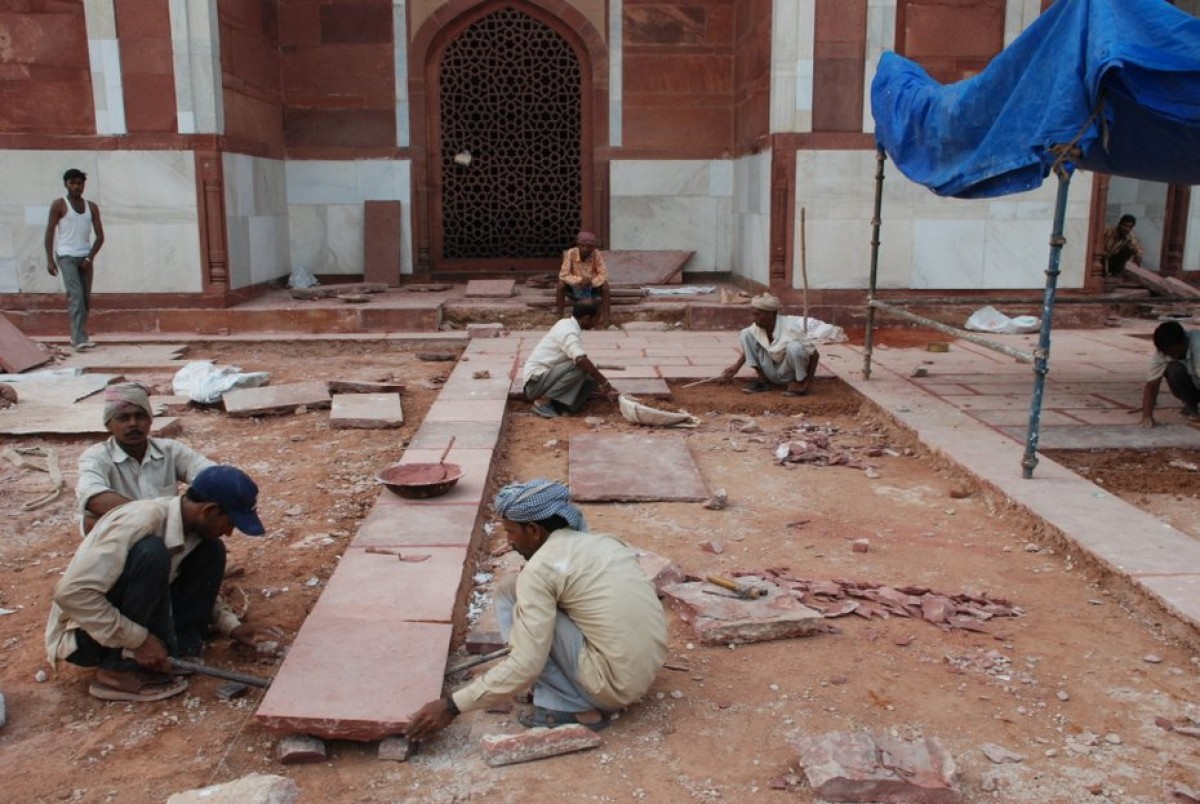 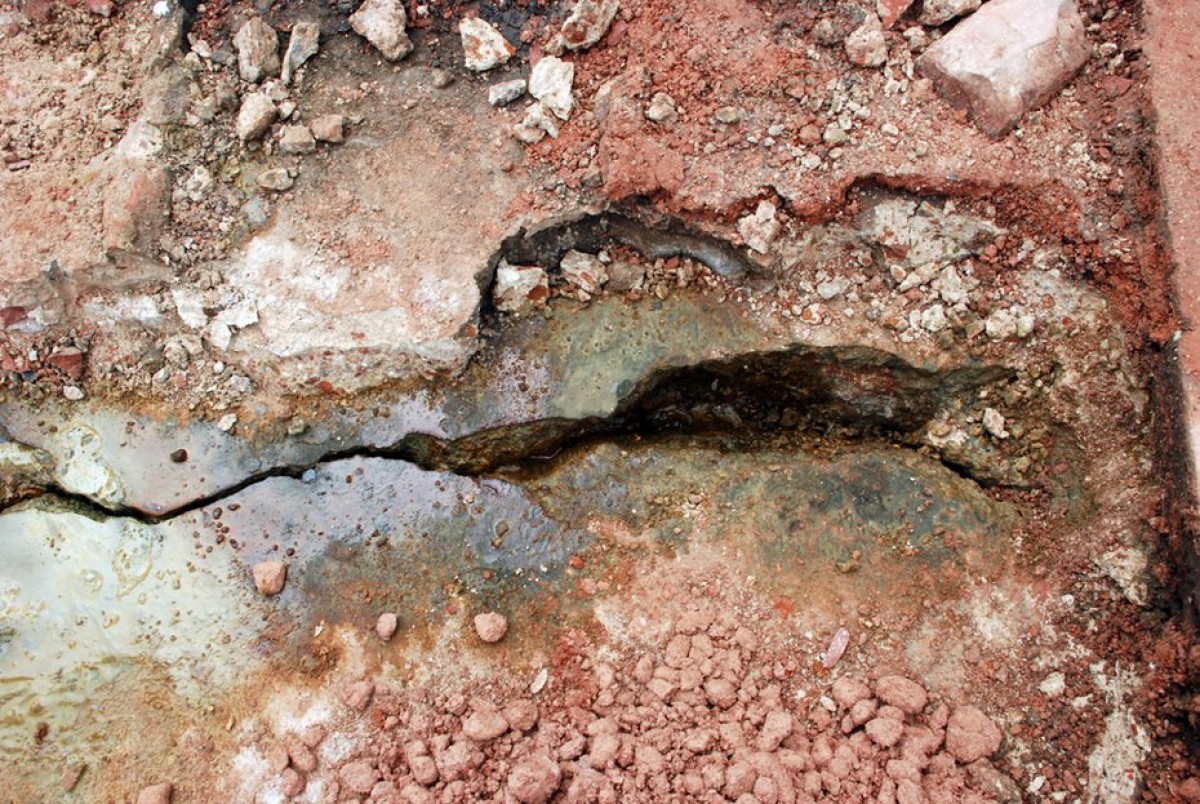 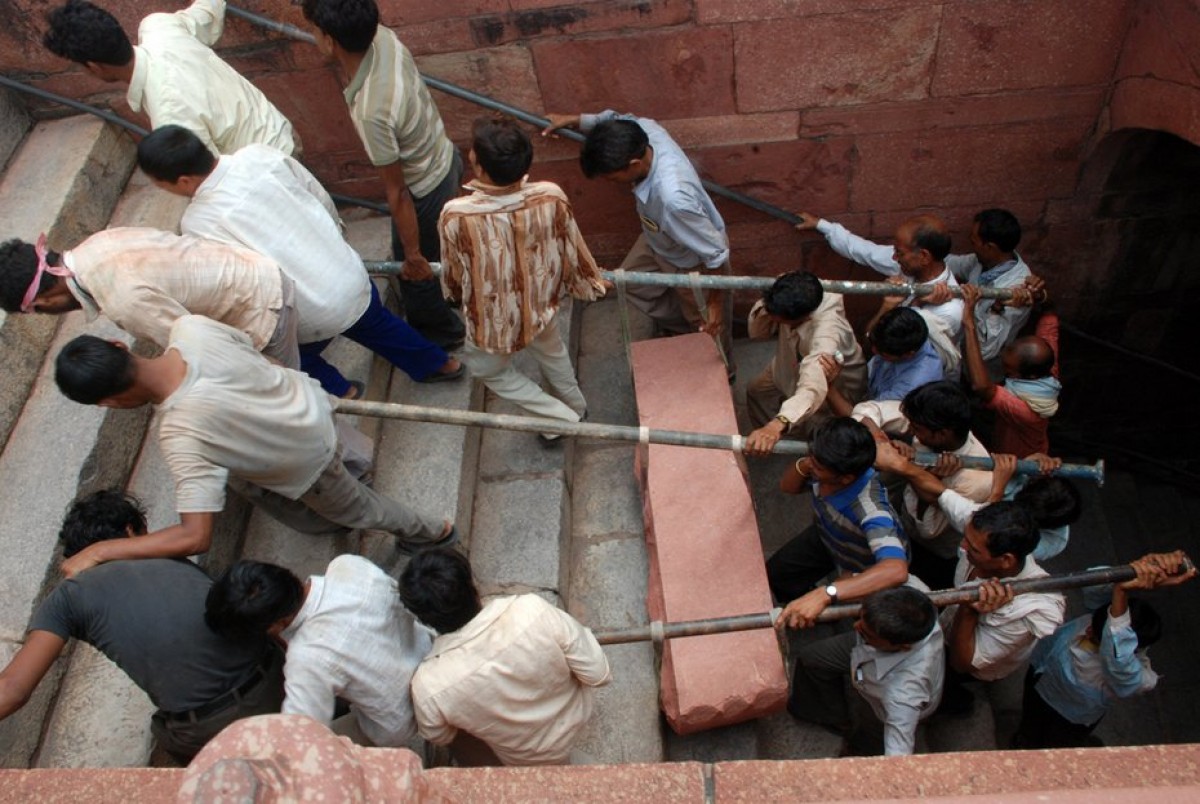 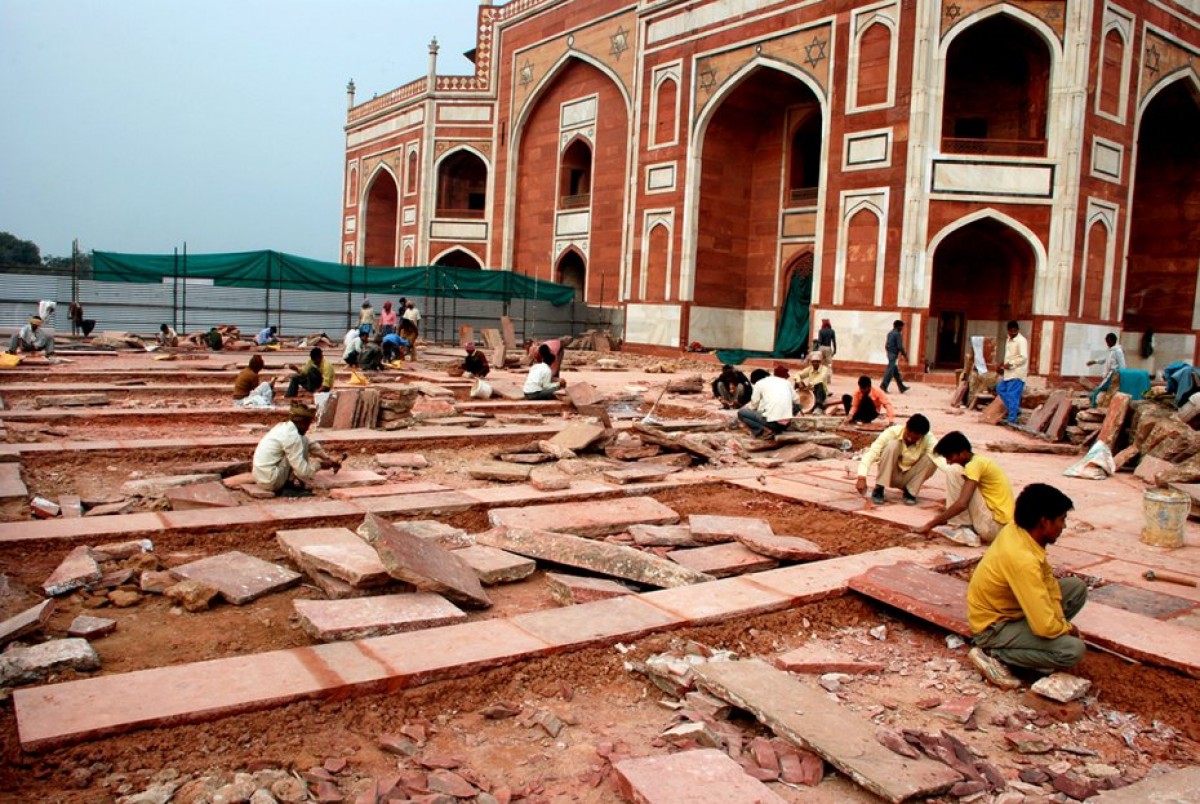 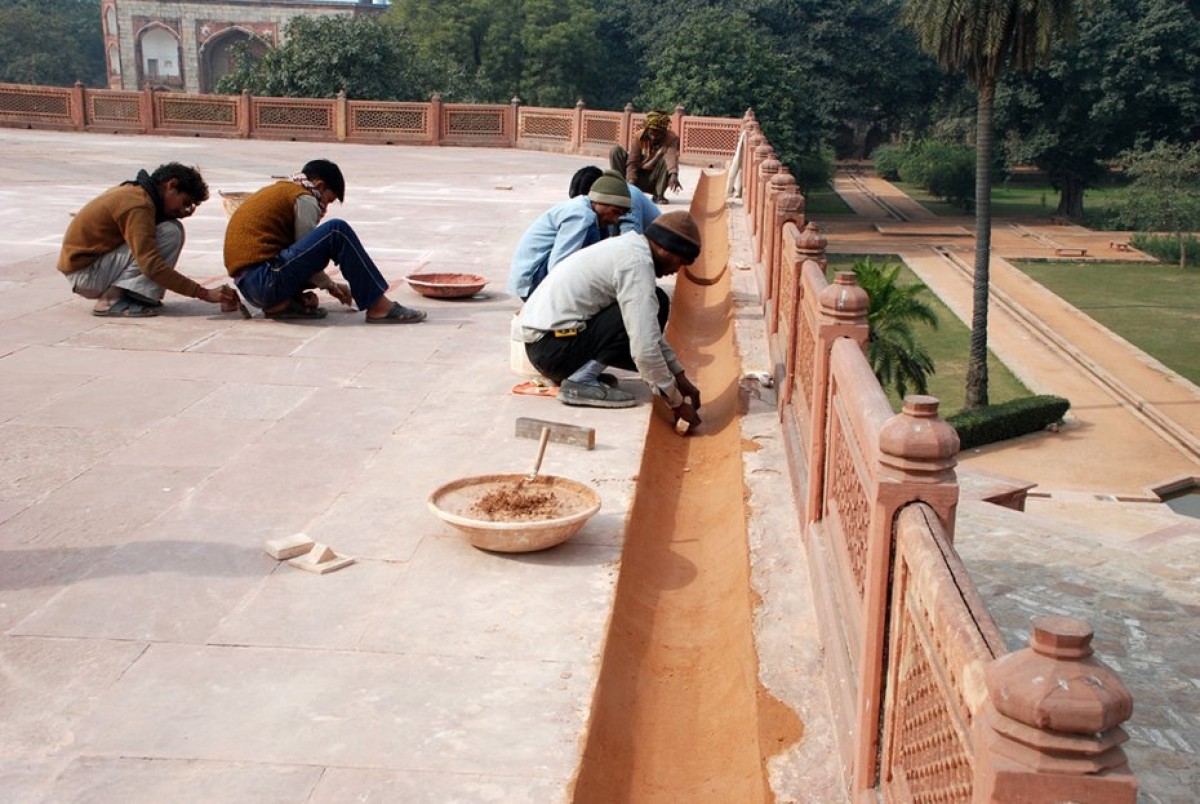 Proper slopes were created and rain water pouts were cleaned 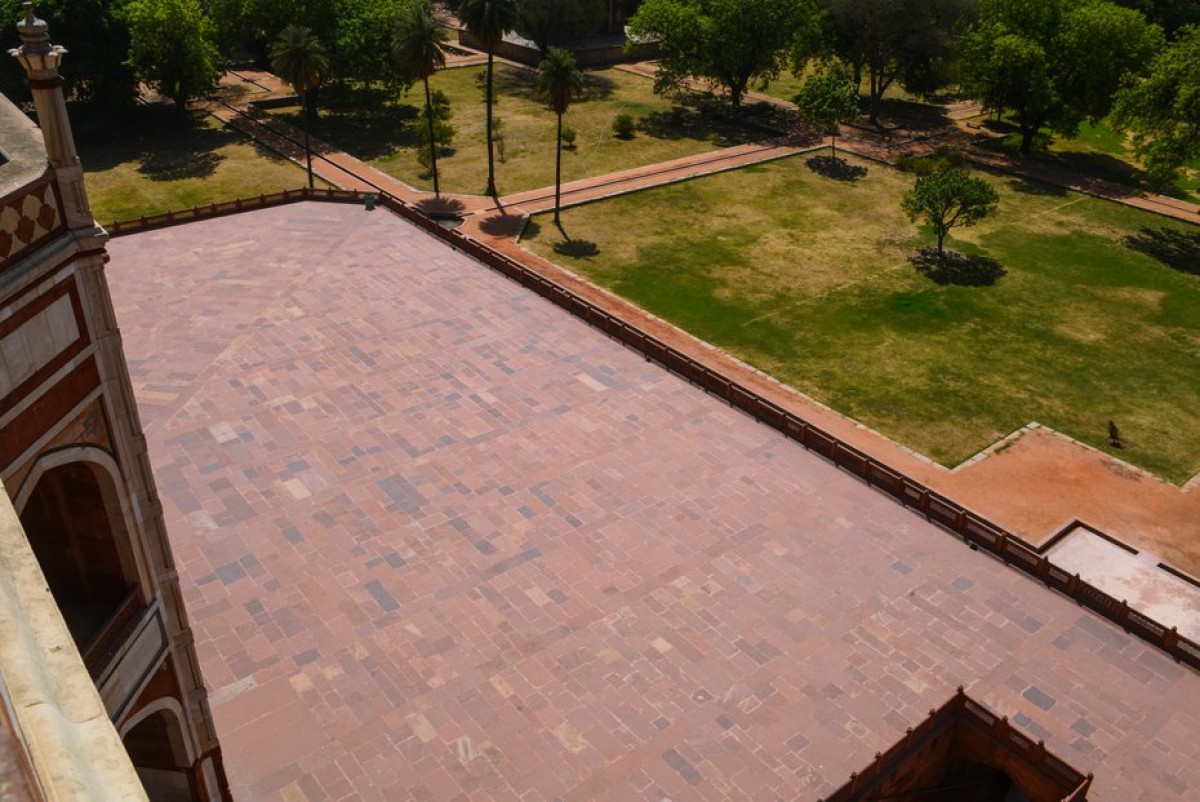 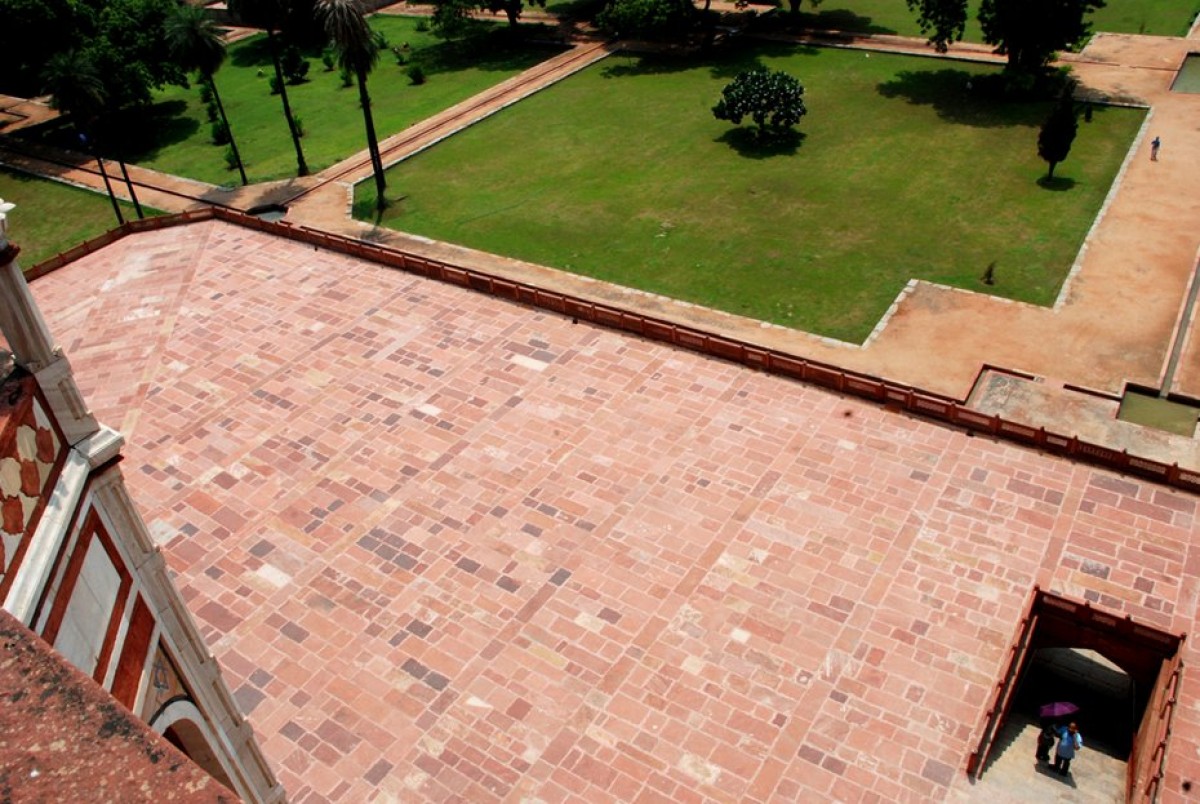 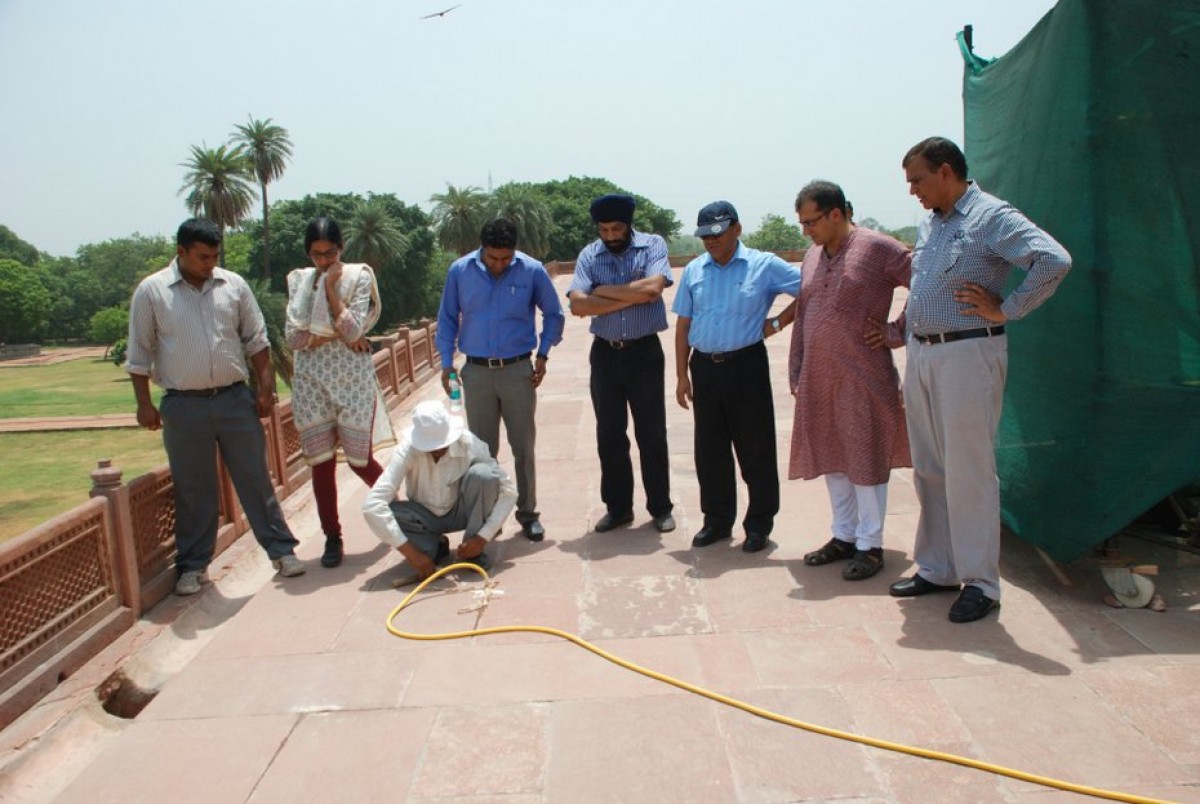