Restoring Mughal Tilework on the canopies 2009-11

"Restoration of the tiles would give back an important feature to the original design. It adds a so-far unknown dimension to the Indian red-and-white philosophy of the monument, namely an architectural reference to the country of origin of the Mughals in present-day Uzbekistan, to the blue and green domes of Samarkand and Bukhara. It would underline the architectural universalism of the original design of Humayun’s tomb. The Mughal builders considered the facing of the chhatris with glazed tiles so important that they repeated it for the cupolas of the chhatris of Akbar’s tomb at Sikandra (completed 1613)."

The 8 canopies on Humayun’s Tomb bore blue ceramic tiles arranged in beautiful and intricate patterns, which when the project commenced in 2007, was visible only in small portions on them. This ornamental tilework on the small canopies on the roof of the Tomb is a significant architectural element, the loss of which had disfigured historic architectural character and exposed the underlying masonry to further deterioration. Thankfully the patterns could still be discerned, and though tile fragments were visible on the canopies, it was only after a careful scientific study that original patterns could be determined. These tiles represented an important intention of the Mughal builders and thus remained a focus of the AKTC conservation project.

An international UNESCO – ASI workshop with 40 participants from seven countries debated the most suitable conservation philosophy for tilework at Humayun’s Tomb in April 2009.

Scientific testing of historic tiles was carried out, which helped in understanding the composition and the process used in making of these tiles – required to reproduce tiles to match the original.

Though many of the tiles found on the canopies had lost their glaze, it was agreed from the onset that all existing tiles would be retained. With craft techniques lost in India, the conservation process required three years of experimentation that commenced under the guidance of master craftsmen from Uzbekistan. 20,000 individual pieces in the five colours used were prepared in the experimentation phase until tiles matching the mughal tiles could be prepared.

Each tile piece for use was made to specific size as per impressions recorded in the plaster where possible. Tiles were prepared by youth from the adjoining Nizamuddin Basti in electric kilns set up within the Humayun’s Tomb complex. 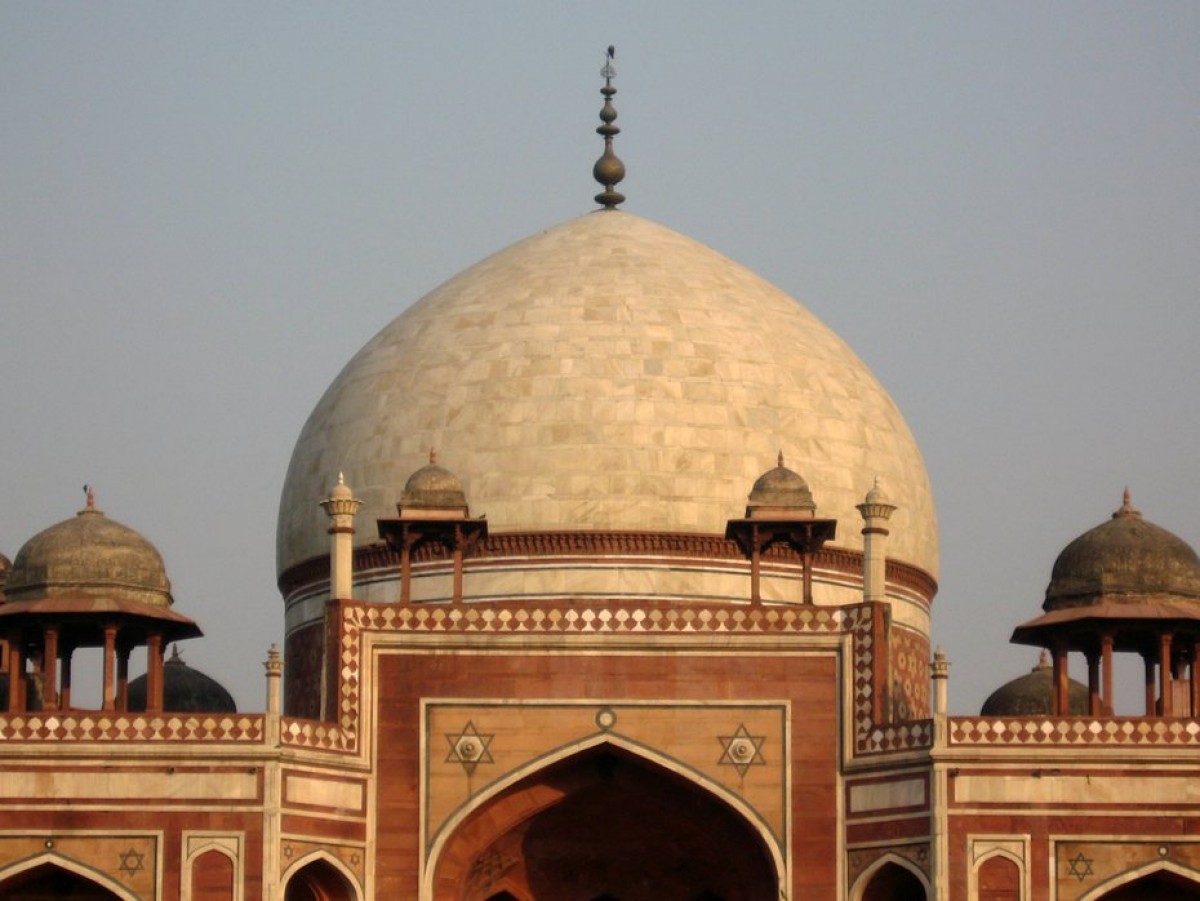 Tome of Humayun - Before conservation of tilework in 2008-09 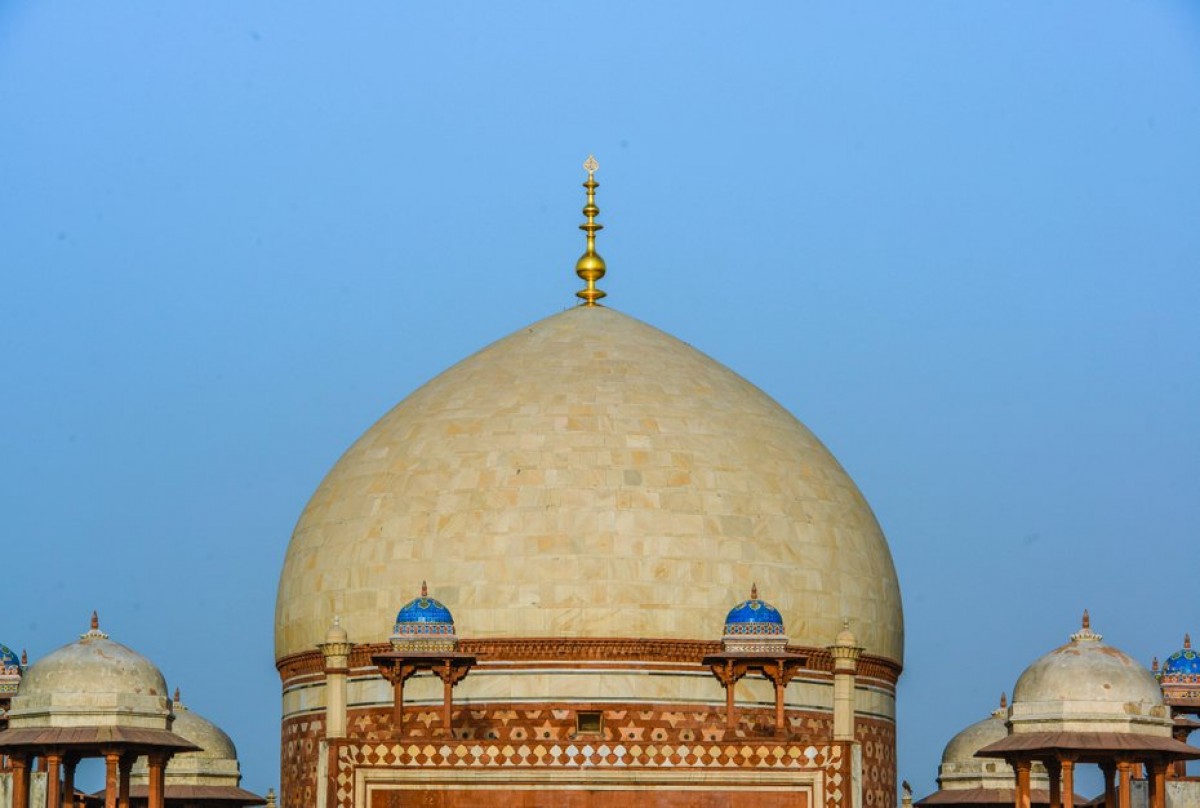 Tome of Humayun - After conservation of tilework now 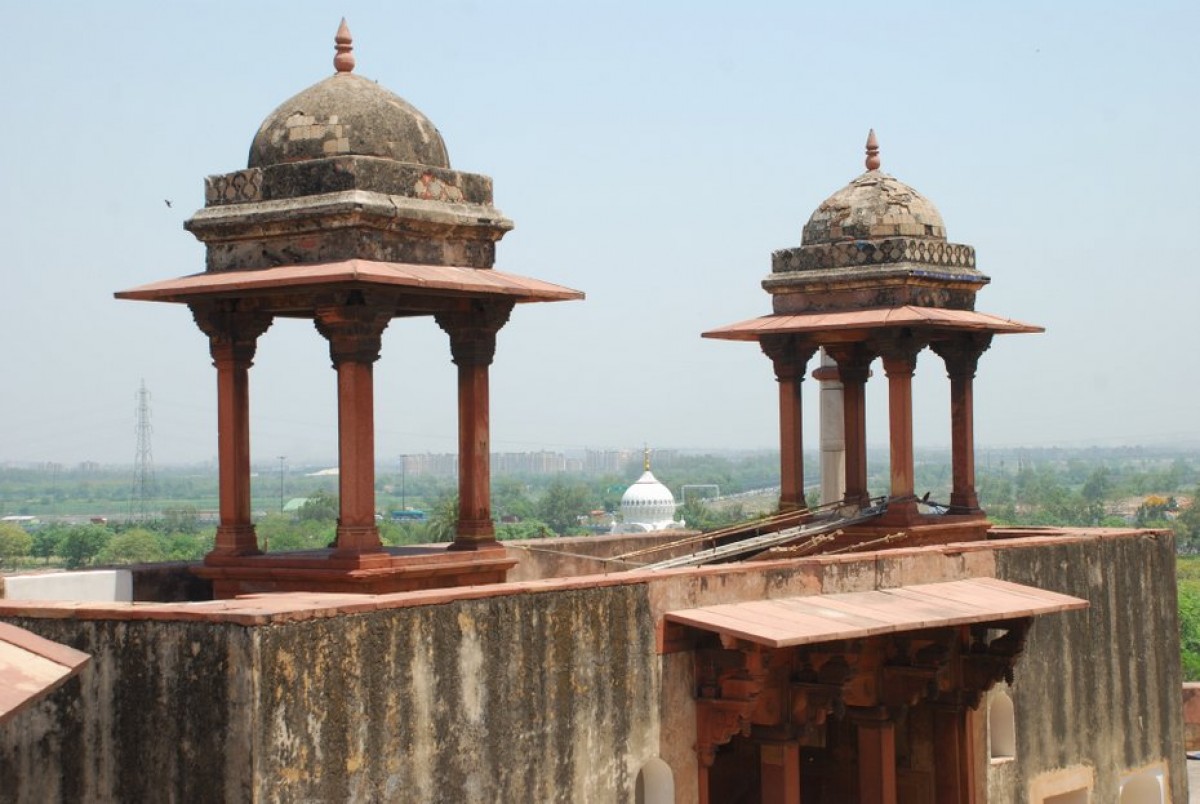 Canopies - before resotration of tilework 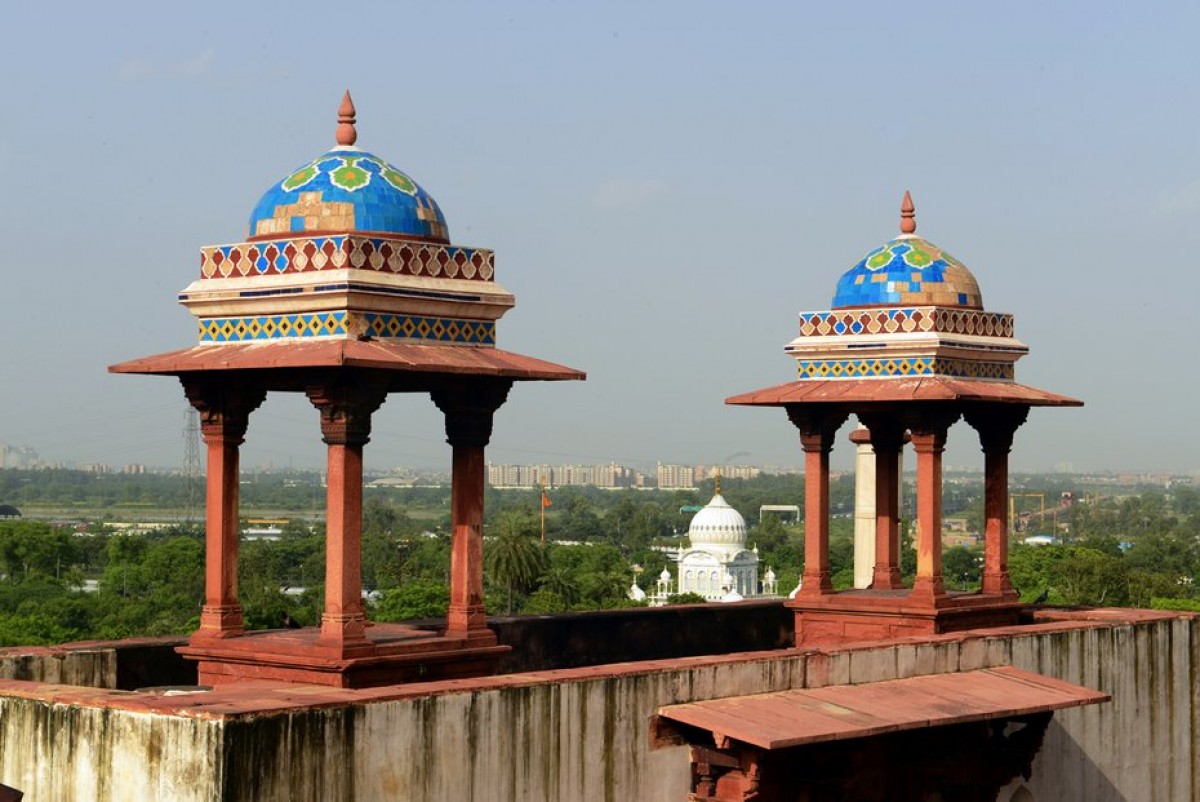 Canopies - after restoration of tilework 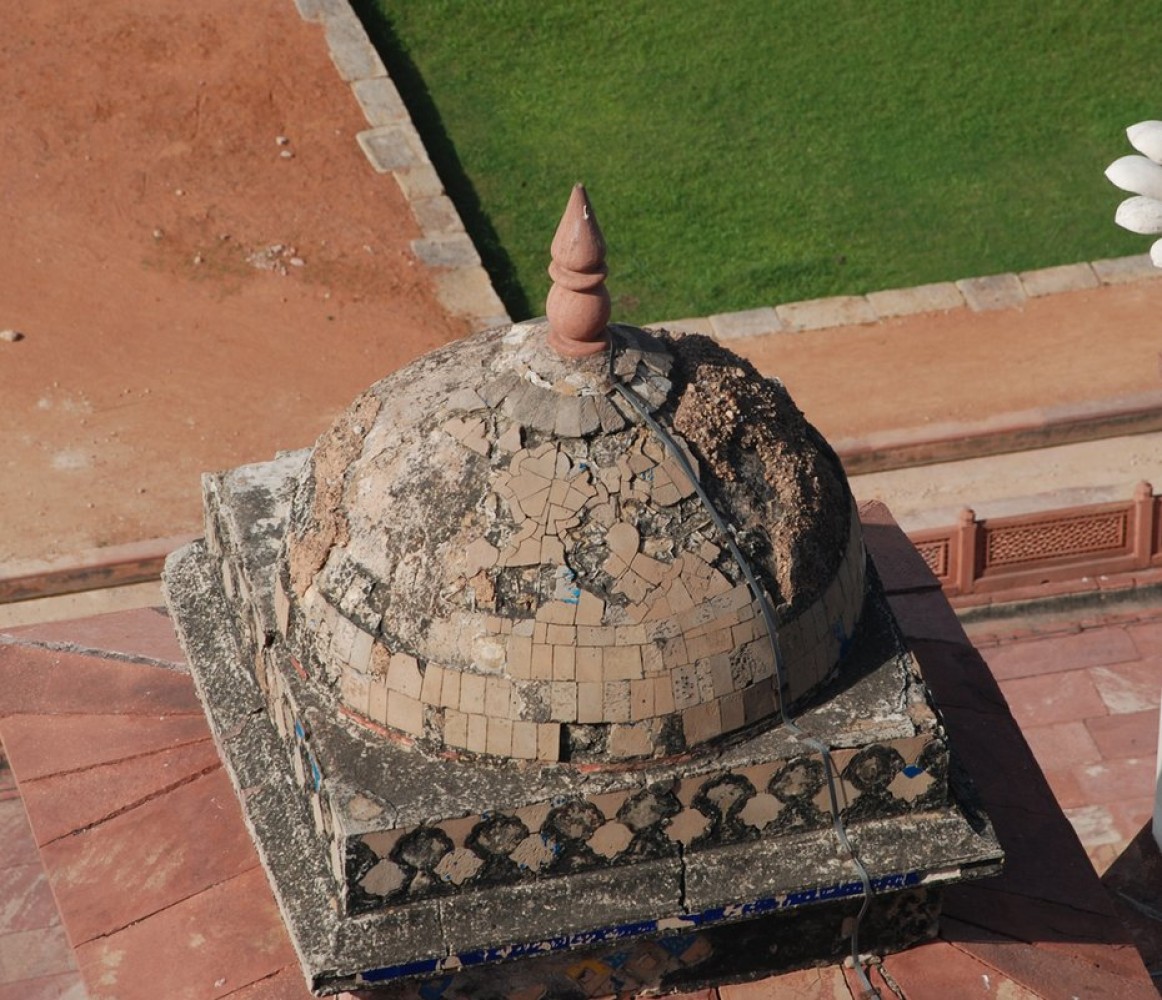 View of the canopy showing remains of tilework and patterns 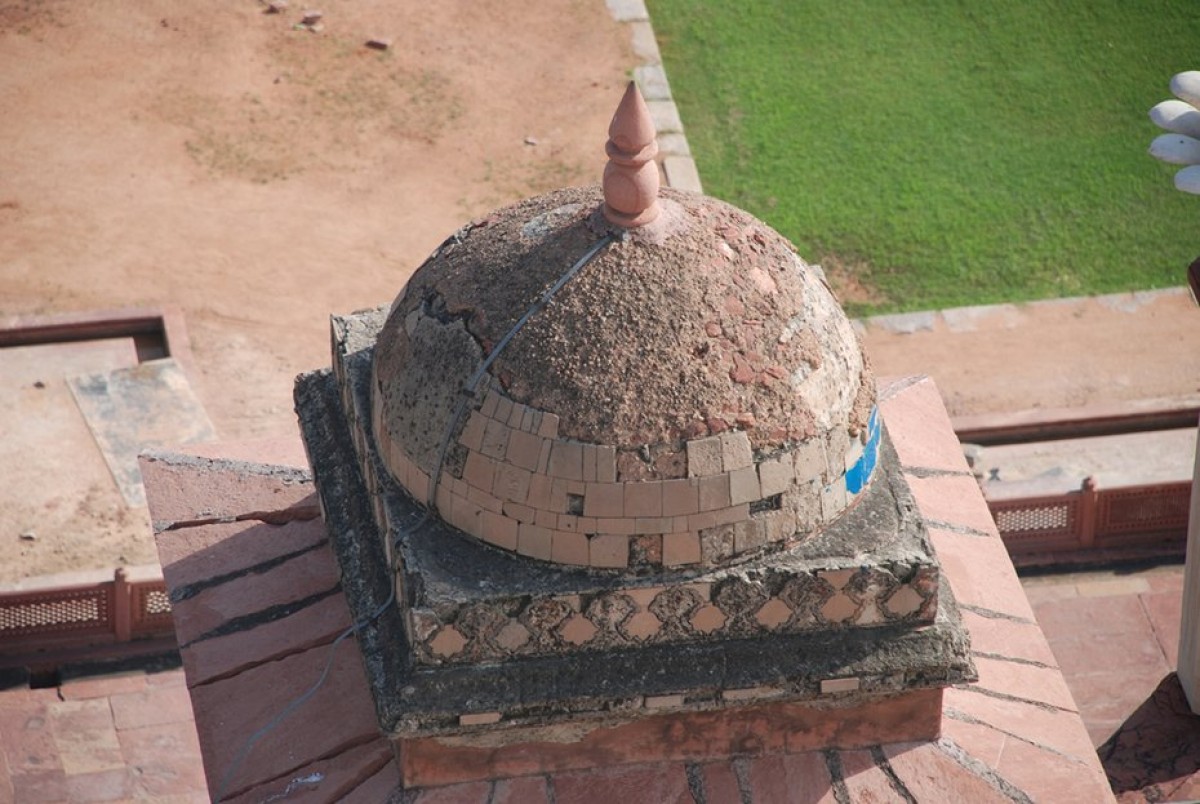 Originial tiles visible from under the ceme 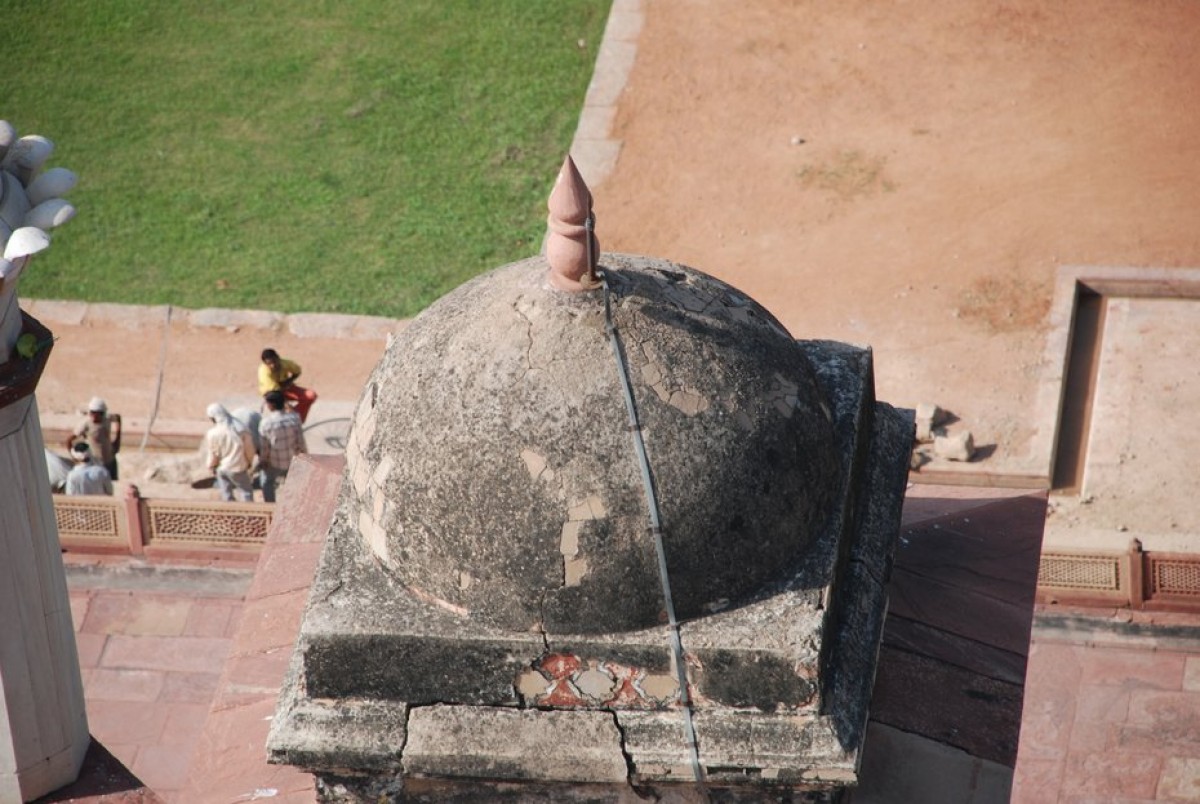 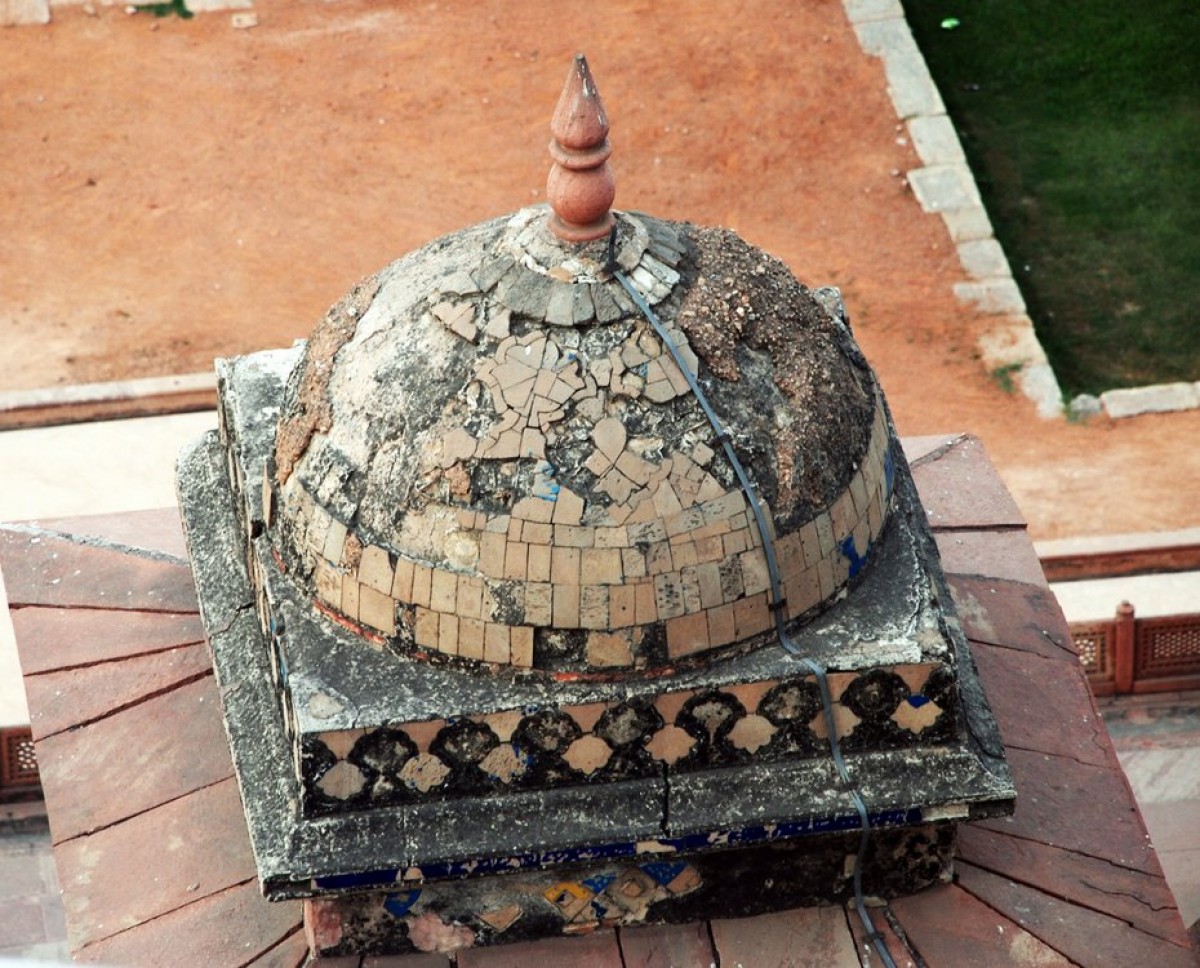 The intricate tile work on the canopies 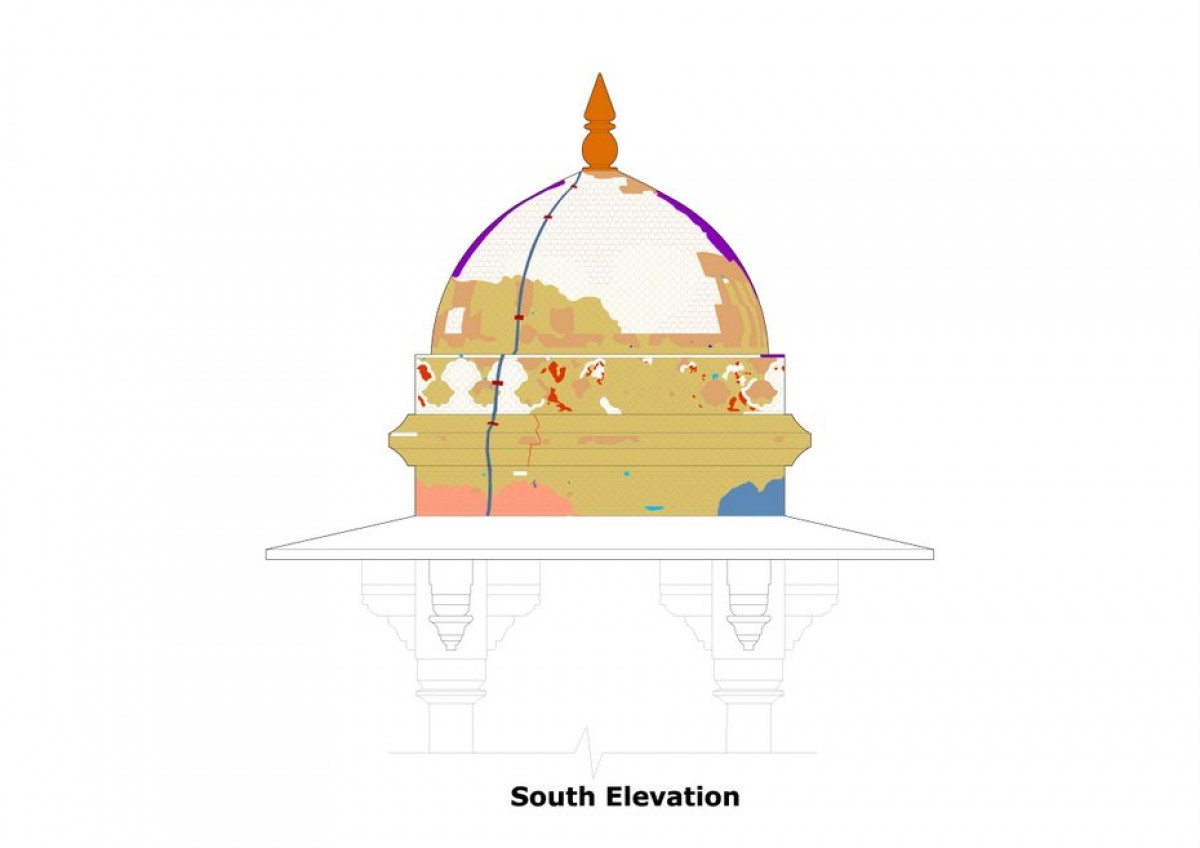 Condition mapping of the existing canopies on the roof 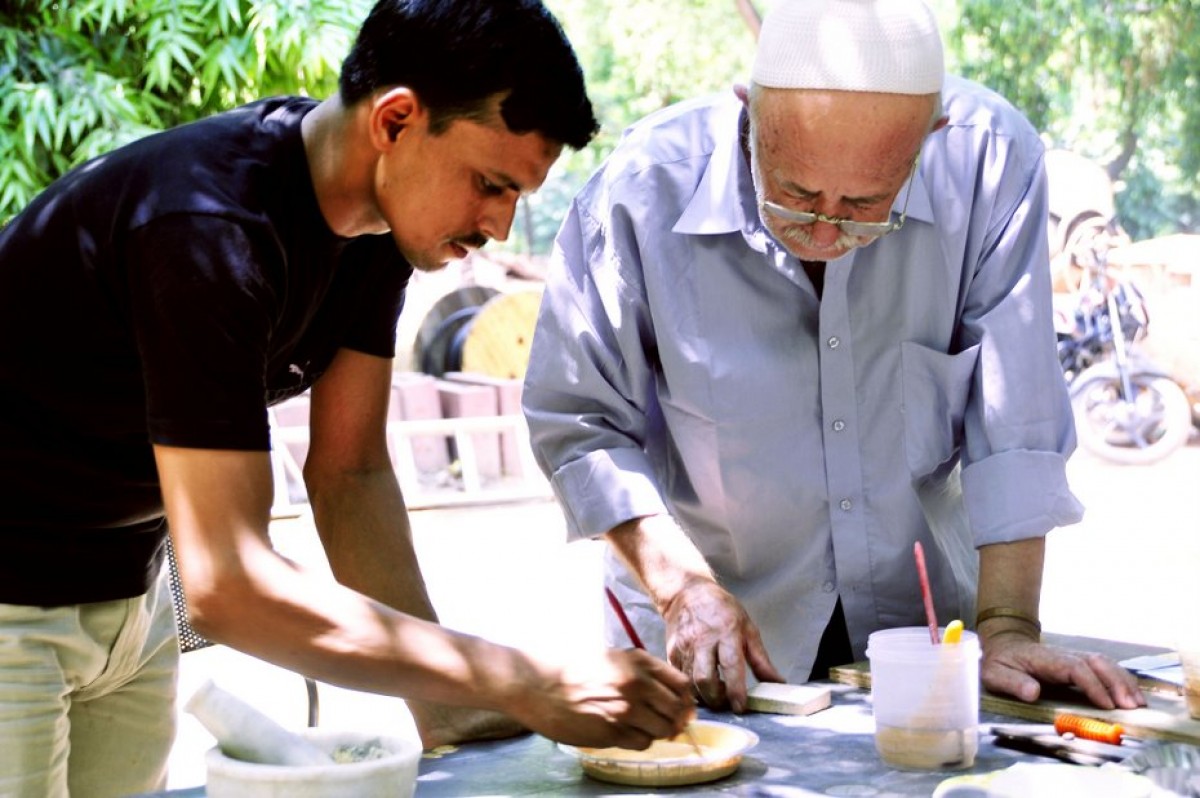 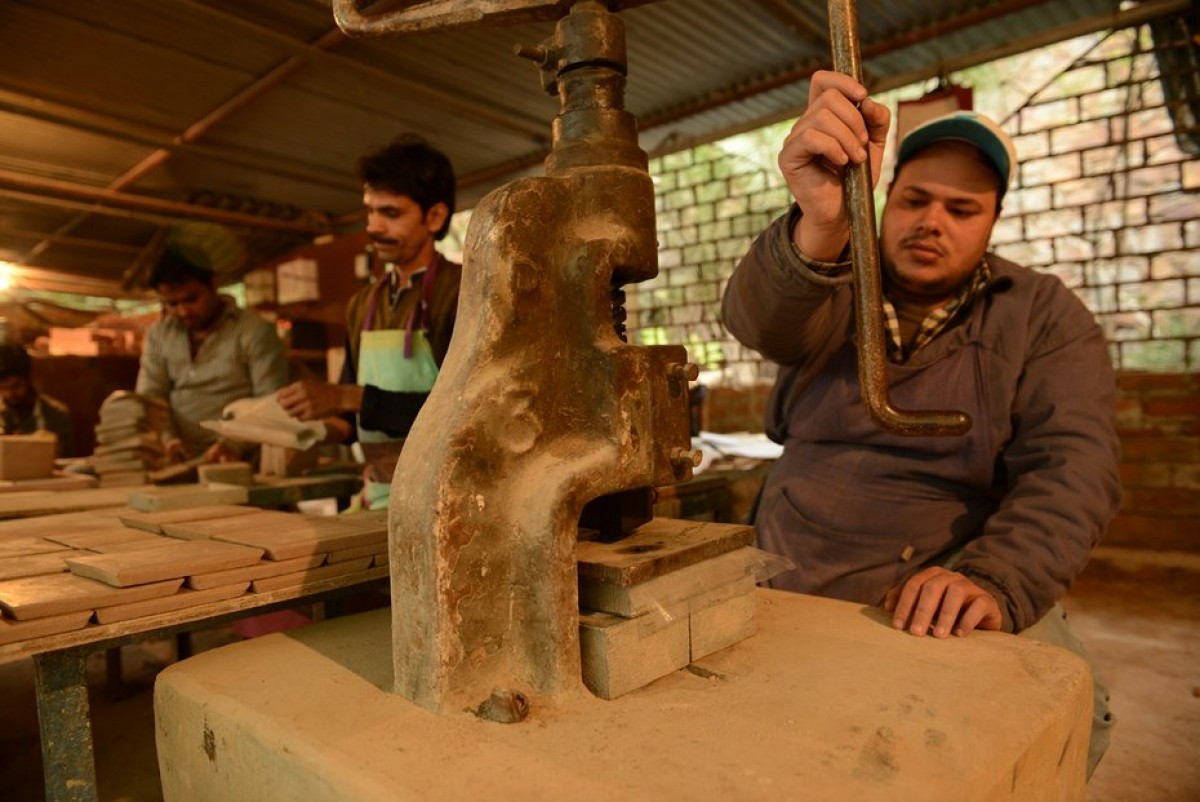 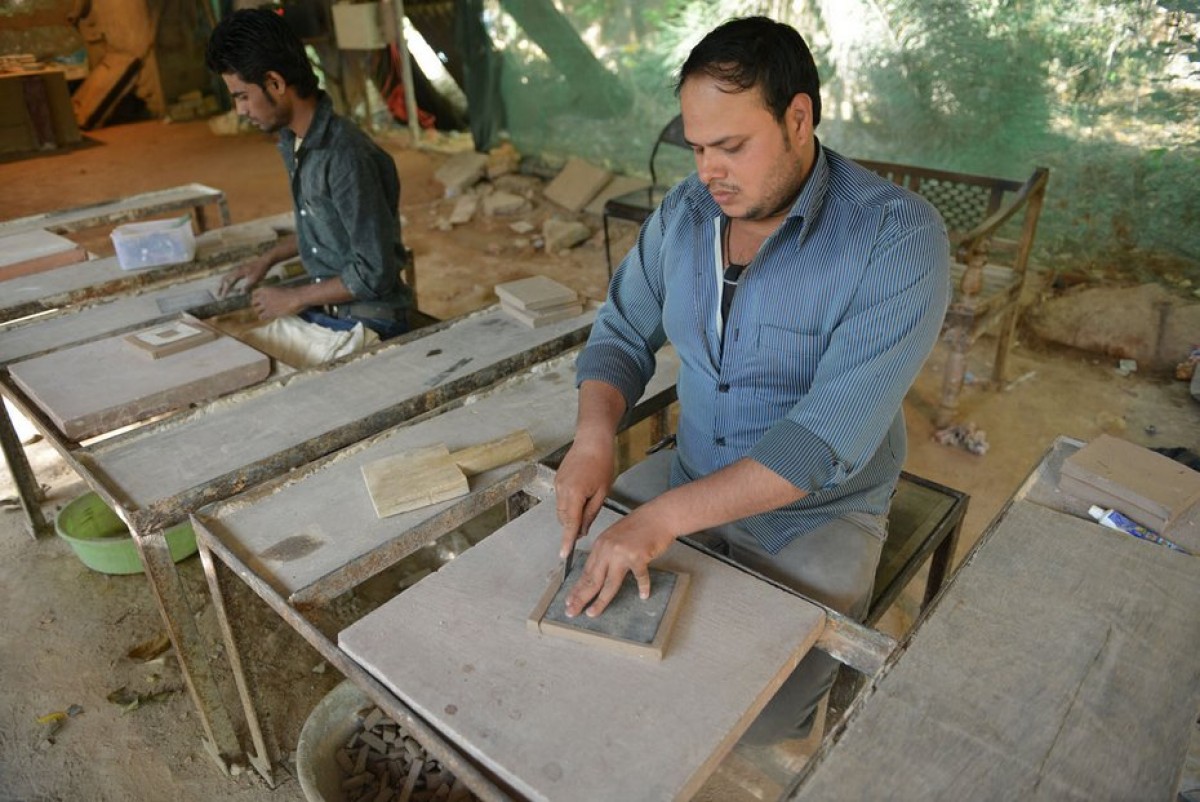 Tile workshop was set up on site 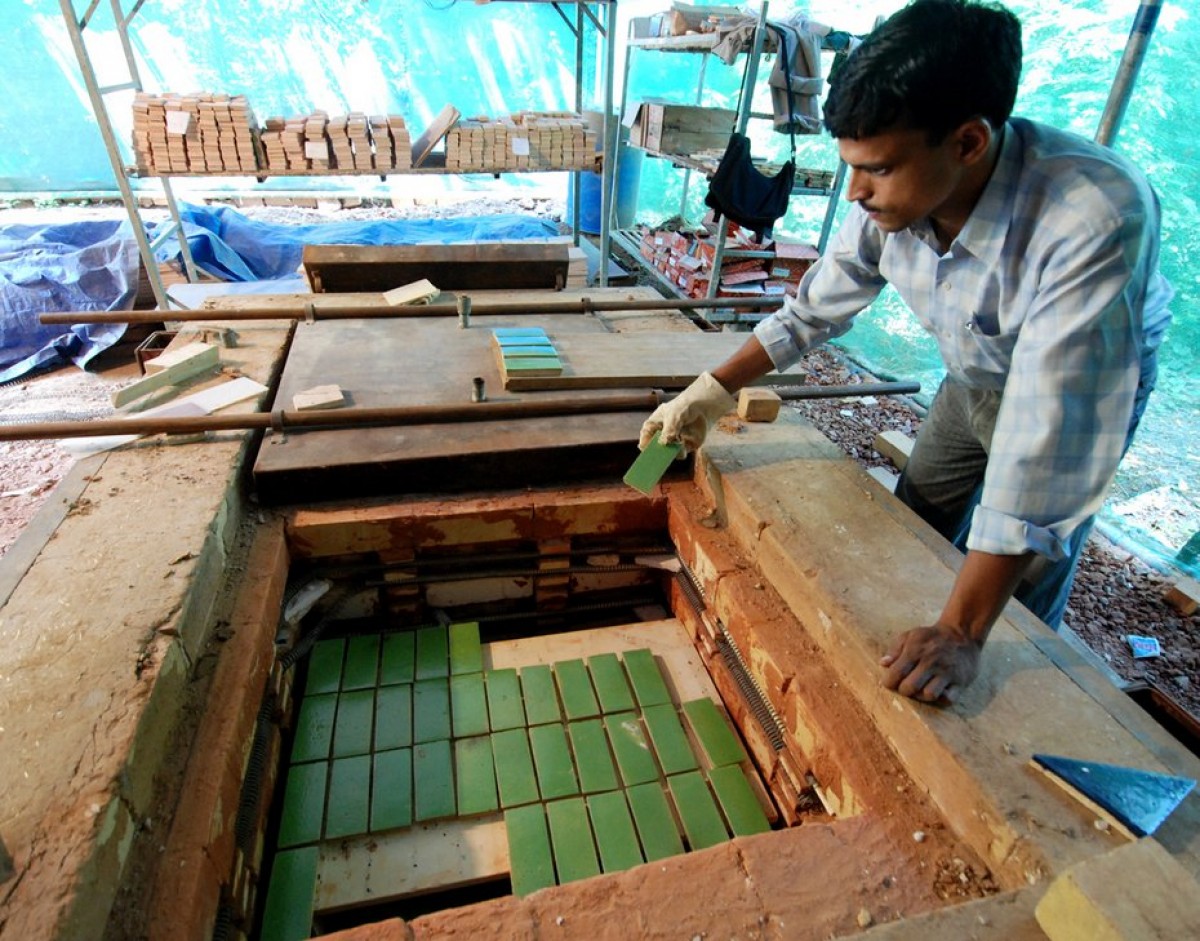 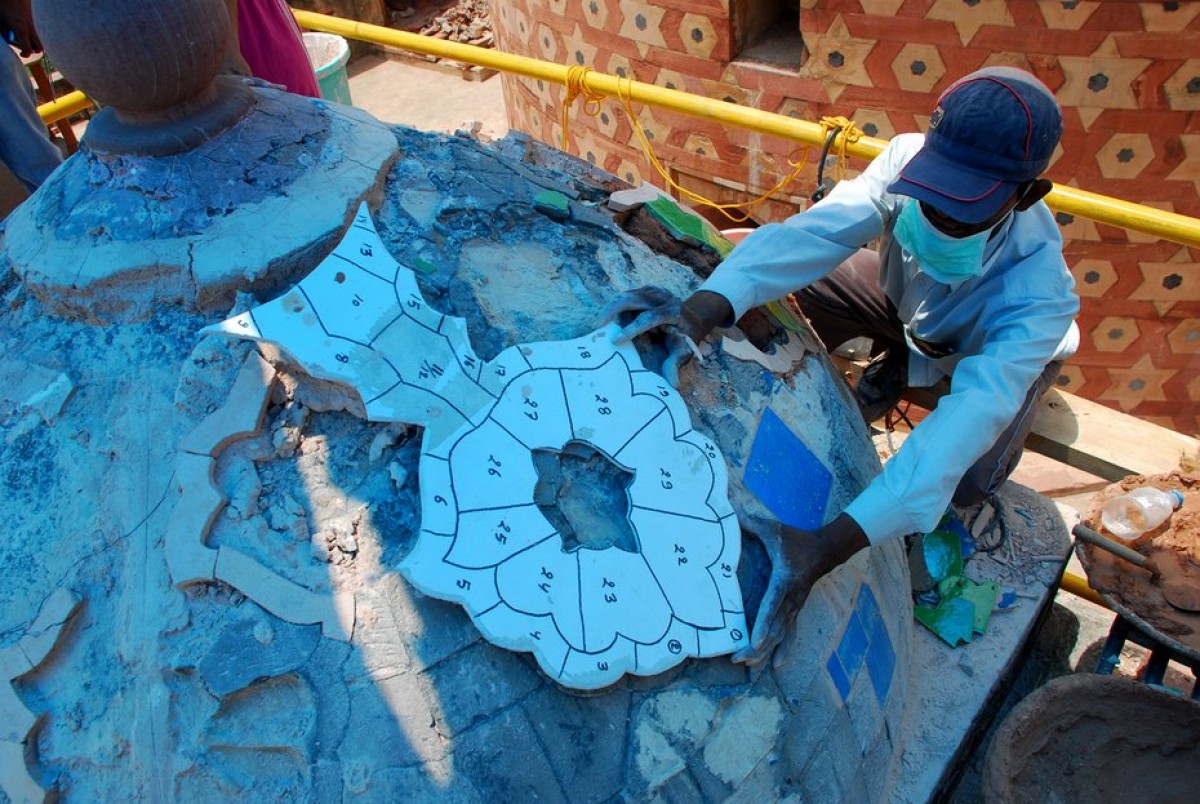 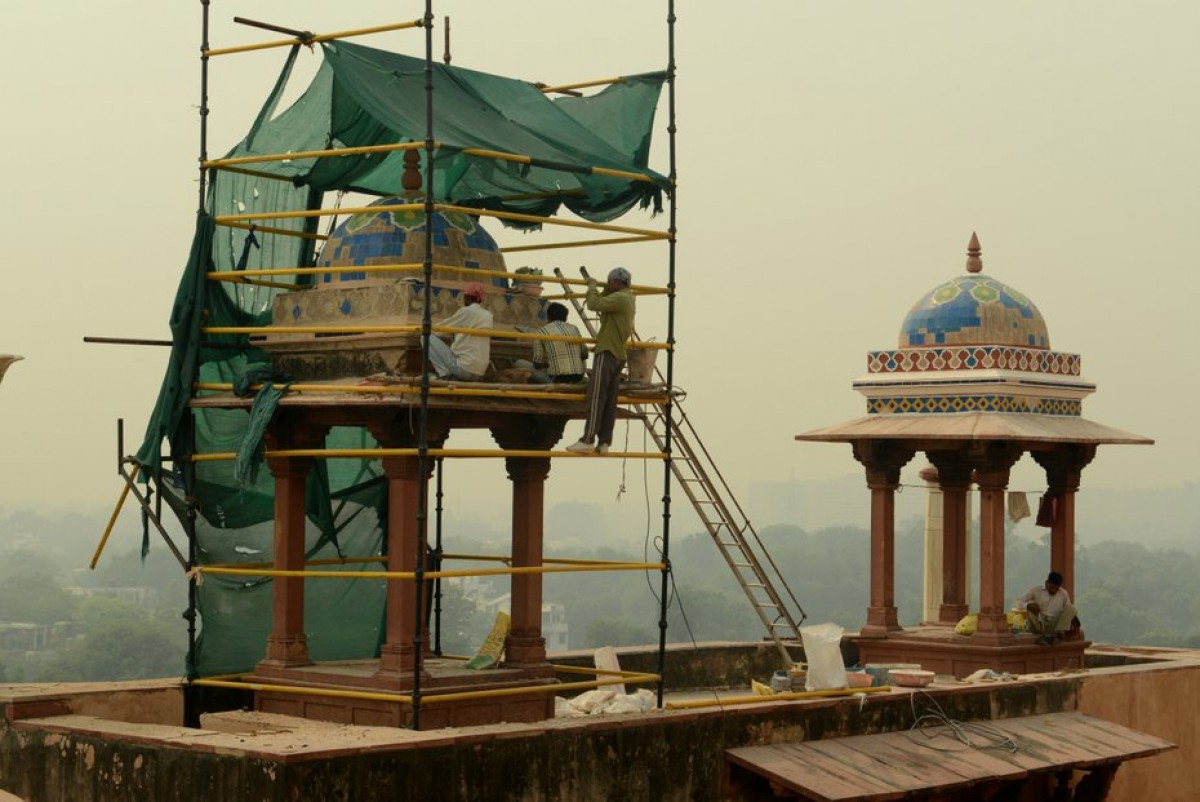 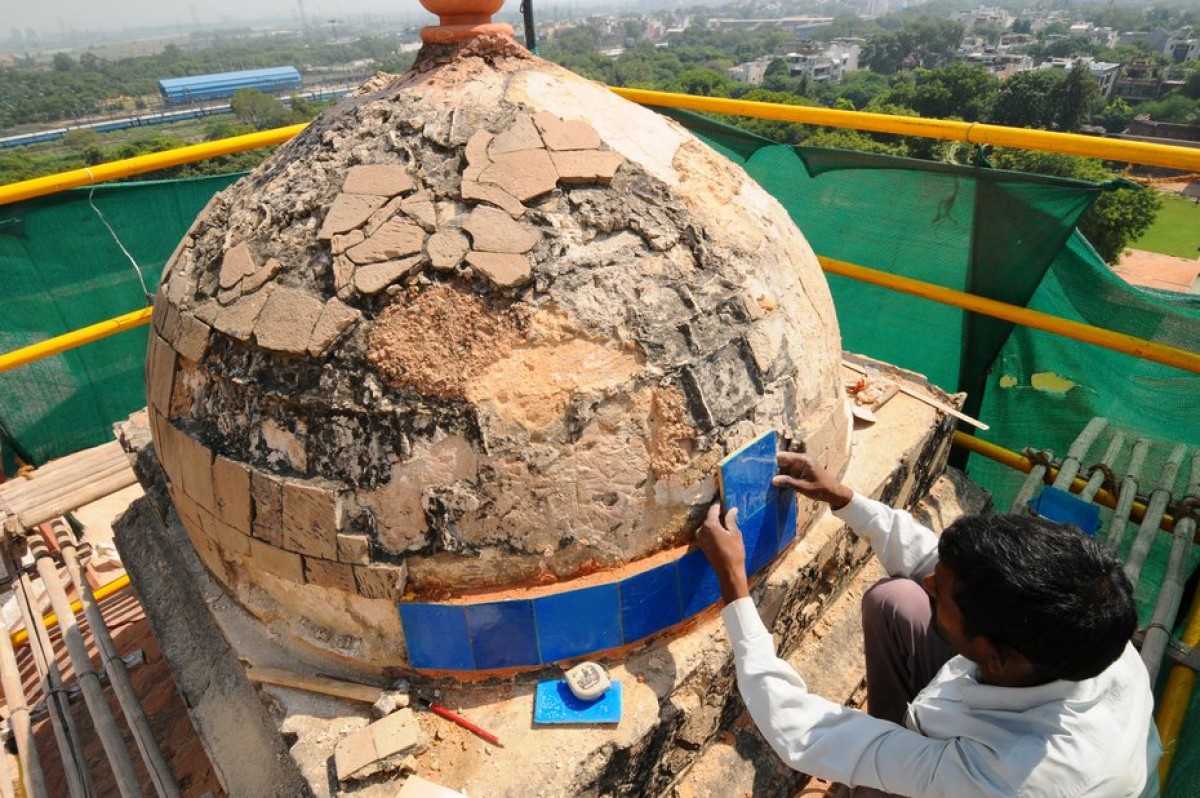 Restoring tiles where these were missing 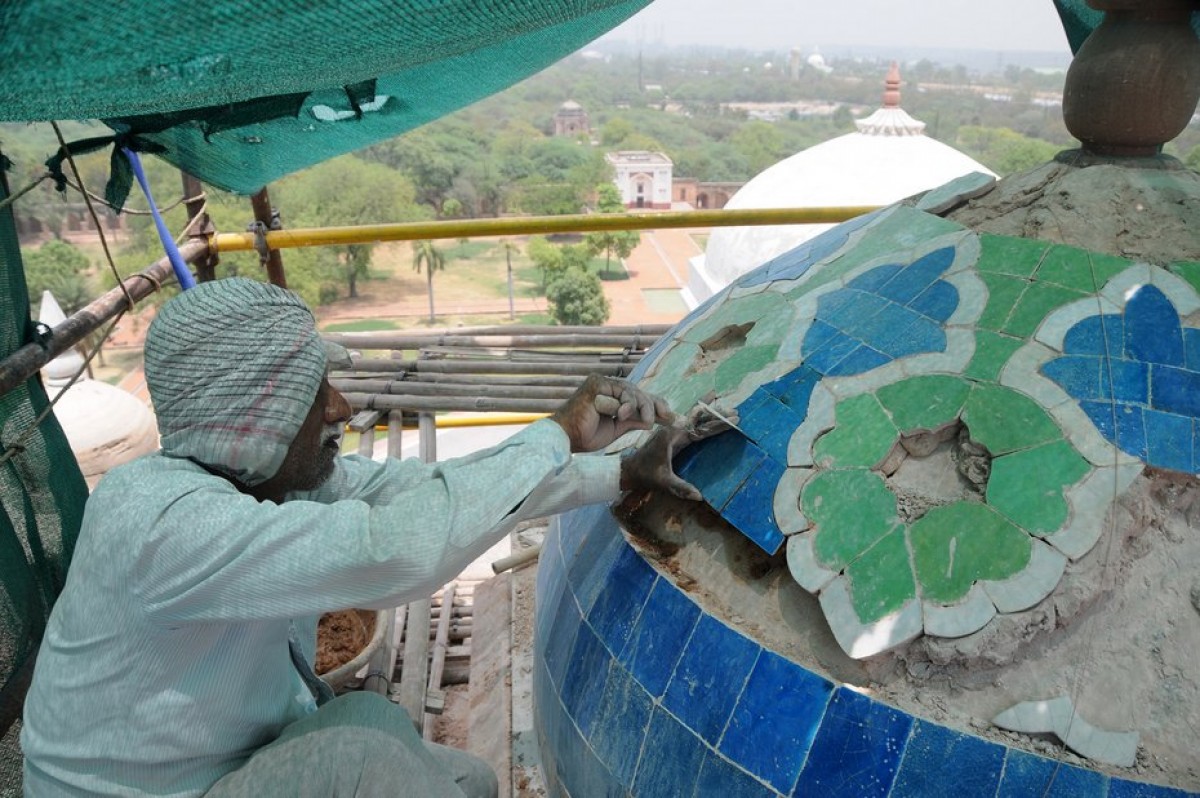 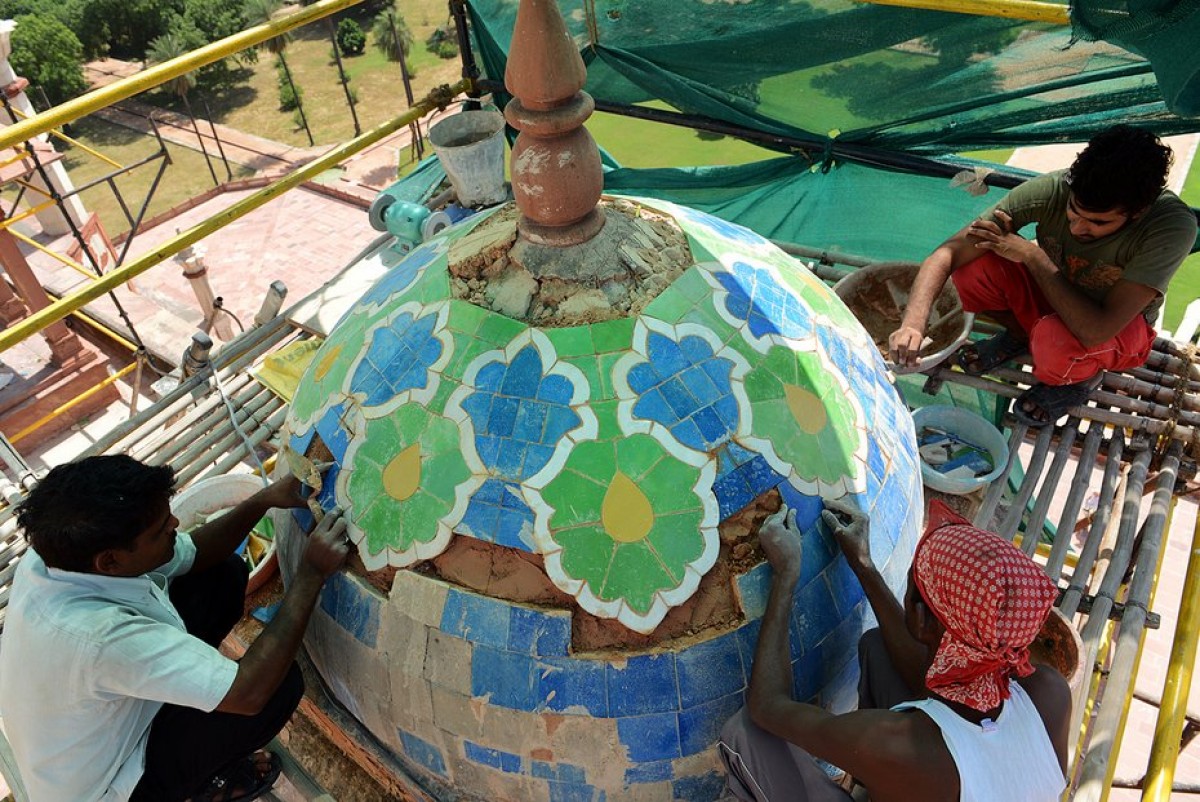 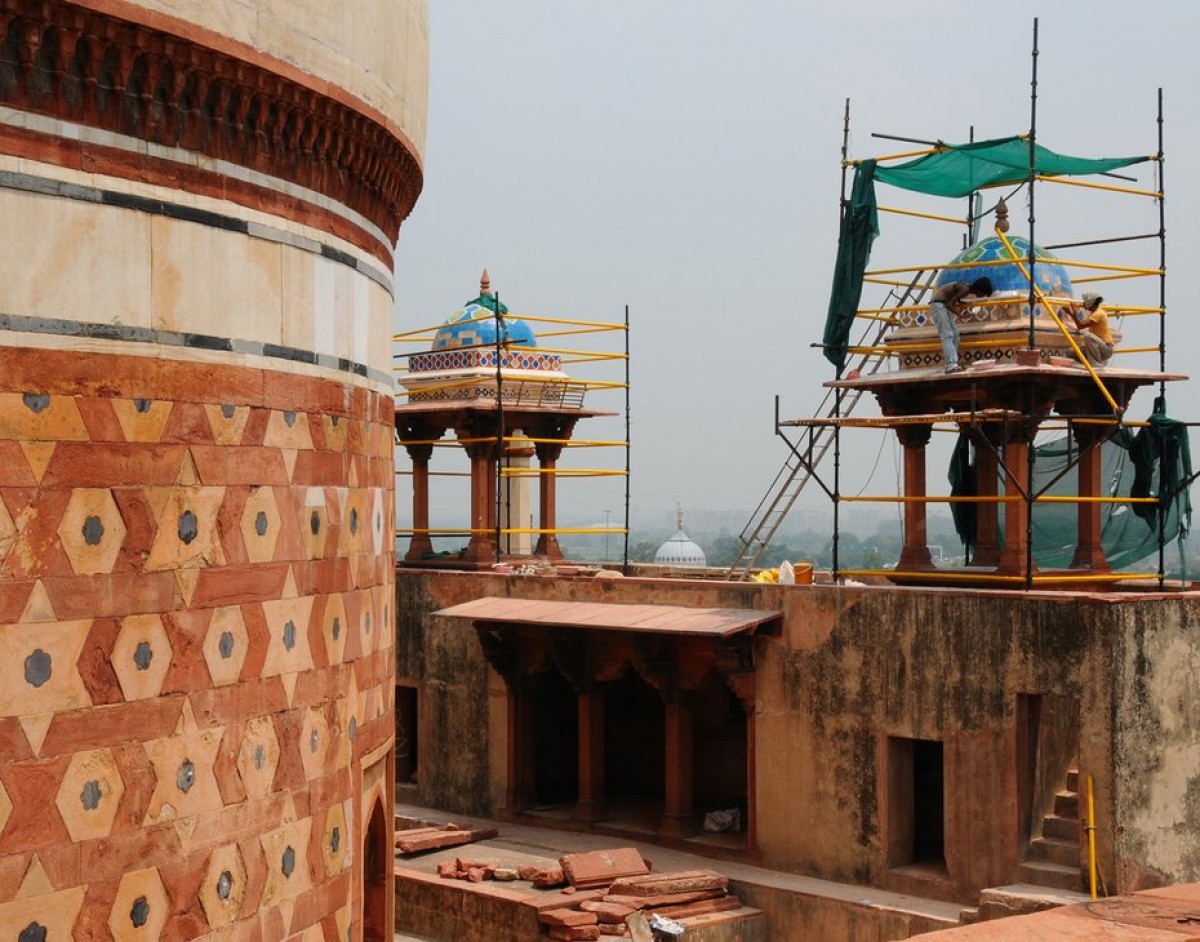 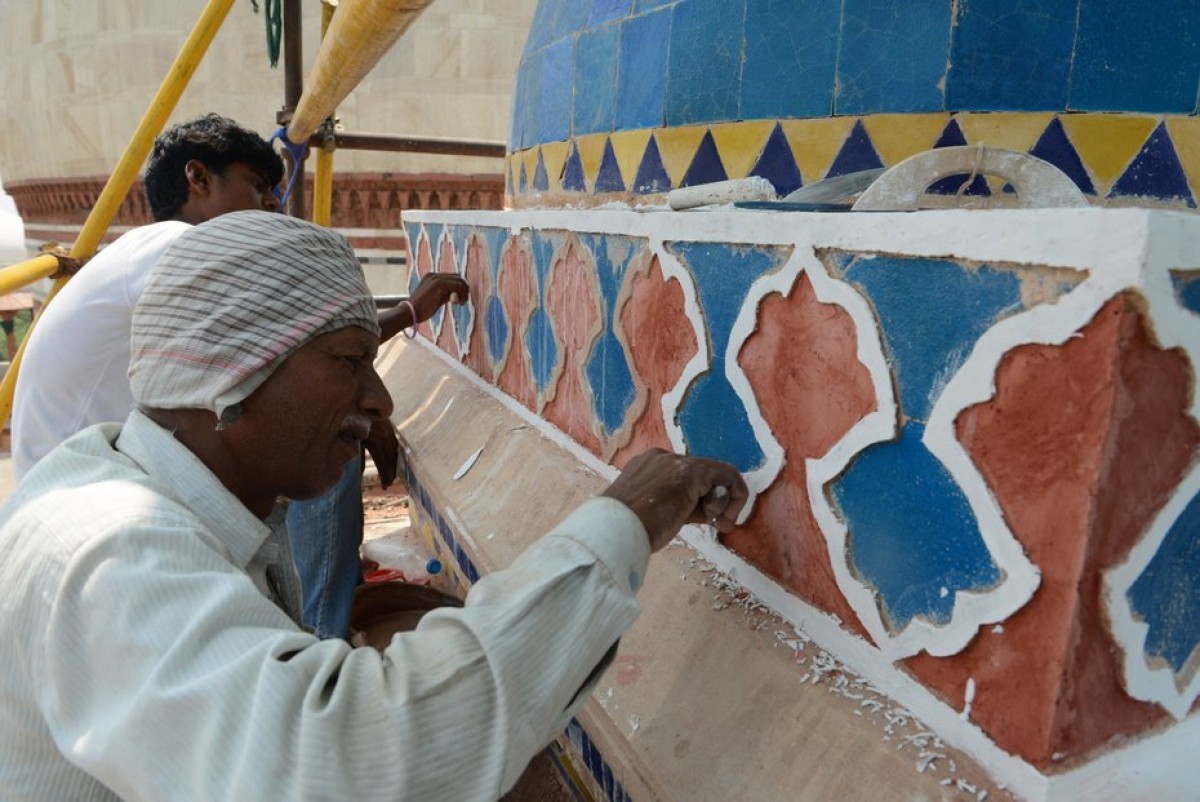 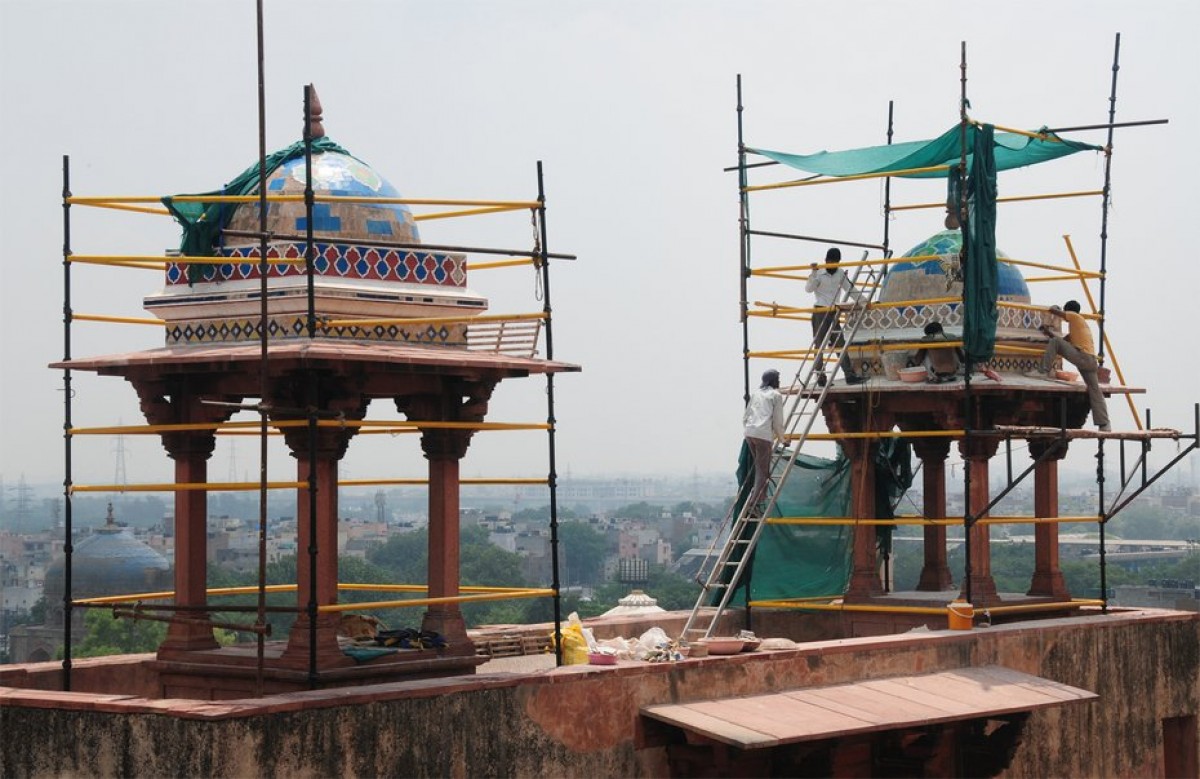 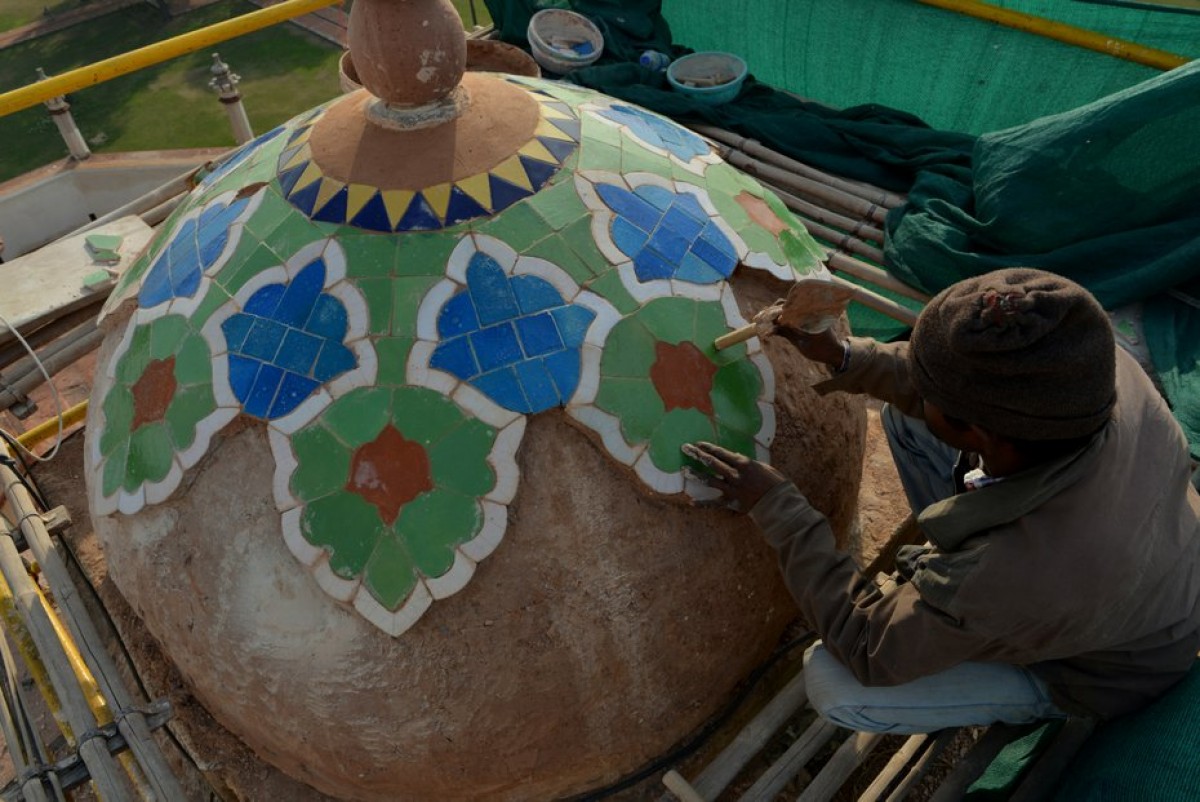 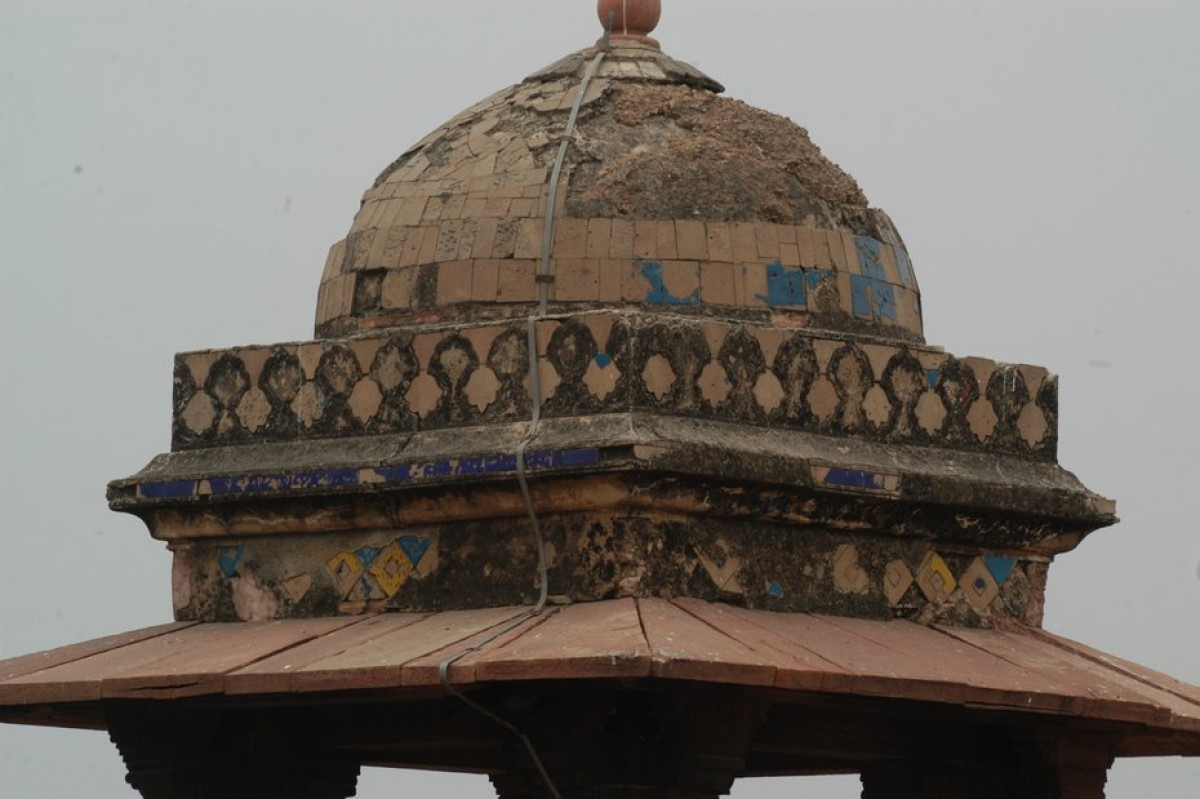 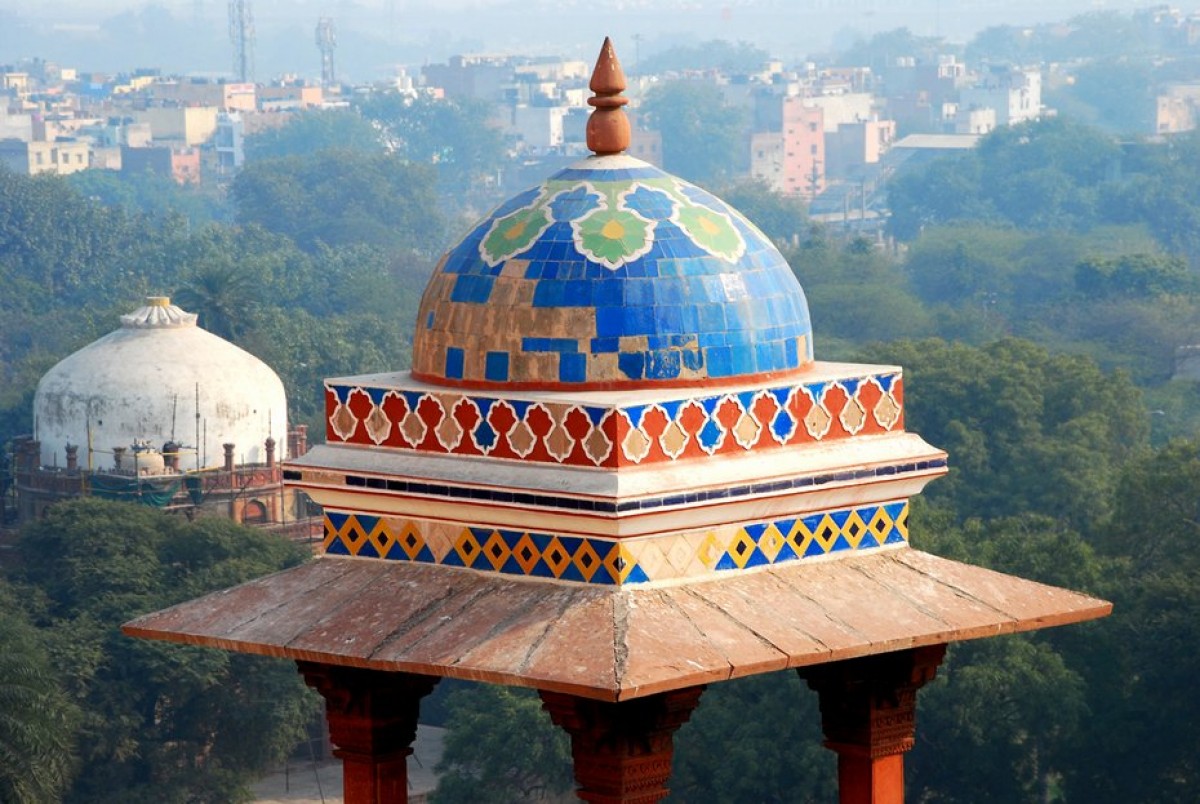 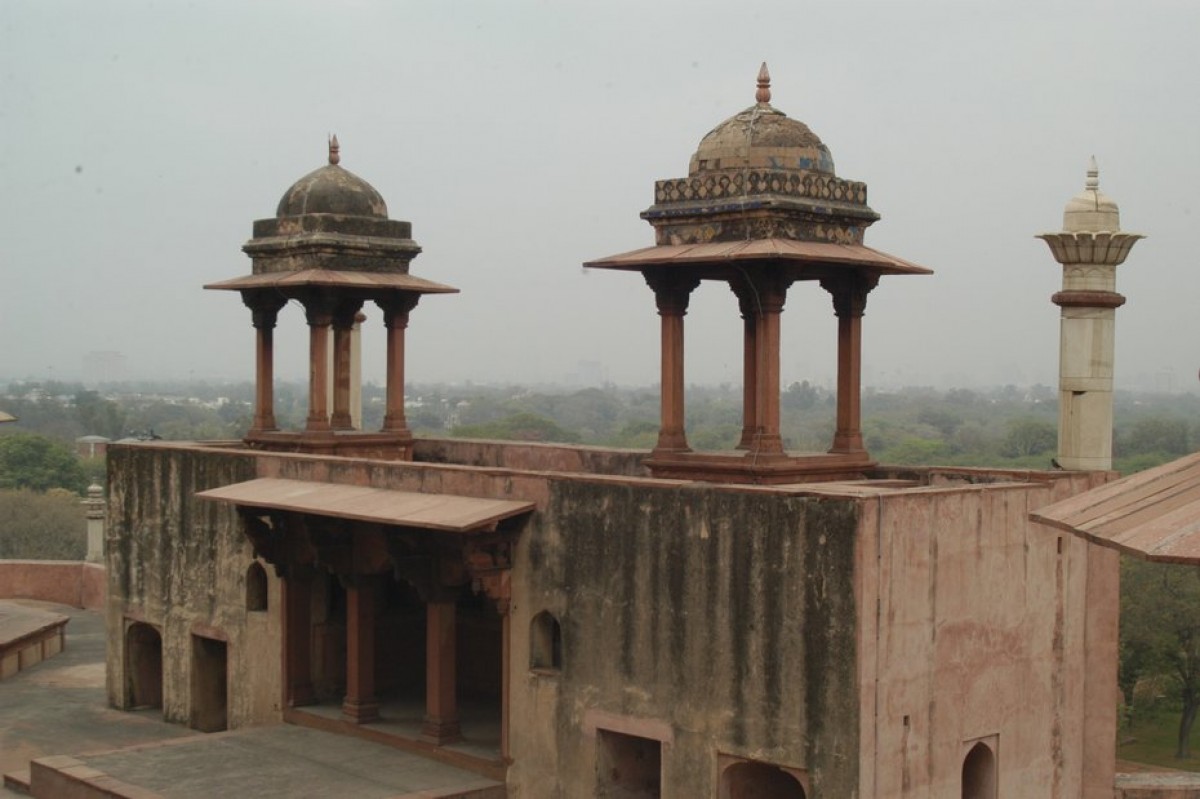 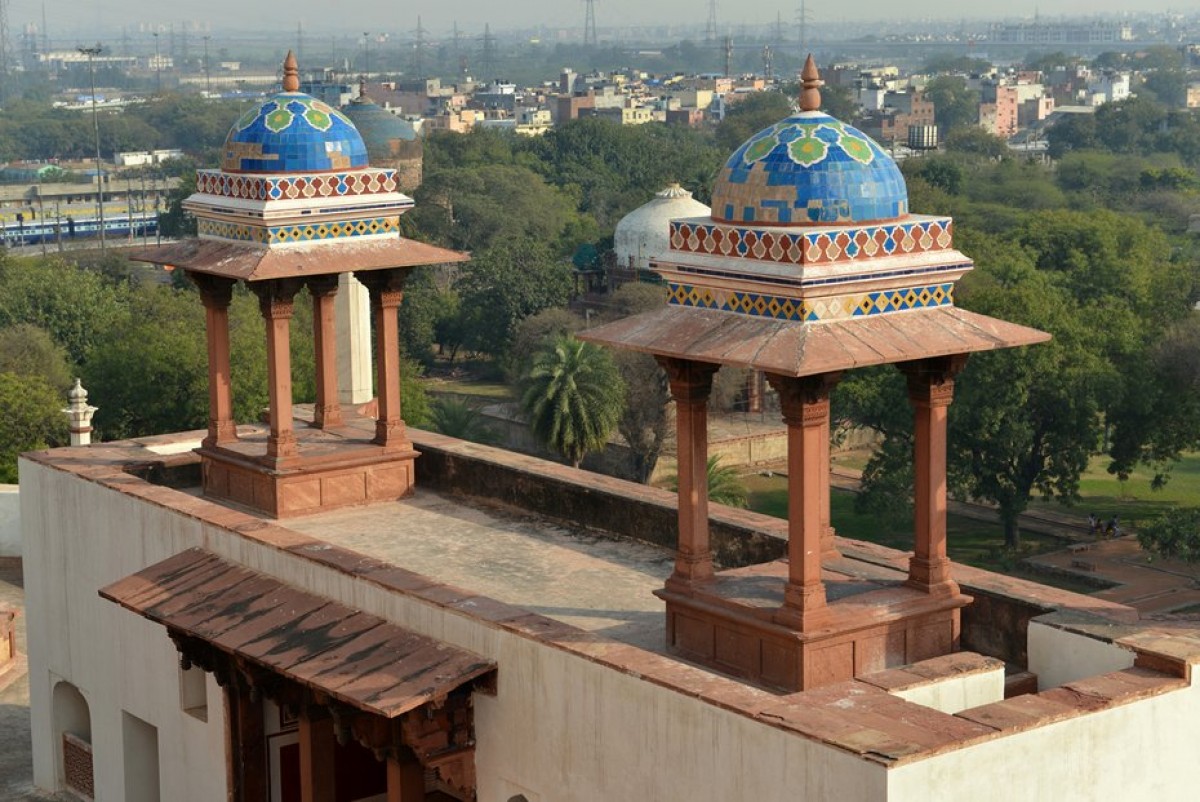