As with the principal mausoleum, the upper floors and terrace level masonry surfaces required removal of cement and replacement with lime plaster to ensure preservation and restoring the original appearance. The roof of the mausoleum has had several additional layers of lime and cement concrete applied over the original lime concrete in the past century to prevent water ingress.

Following a structural assessment of roof condition the extra layers of concrete first laid in 1920’s were found to be blocking water spouts, obliterating architectural elements and exerting a dead weight of a million kilos on the monument. Mr. Stuart Tappin of Stand Consulting, a UK based firm carried out a structural assessment during two visits in May and August 2008. This assessment was carried out in consultation with ASI officers and focused on: Terrace levels, where over 750,000 kilos of excess concrete has been laid in the second half of the 20th century.

This resulted in an extra load of over a million kilos on the roof causing severe stress, water logging with the original drains no longer functioning. Conservation works have included removal of the extra concrete approximately 40 cm deep, to ensure drainage of rain water and stop further deterioration in the structure due to water seepage. The excess layers, of over 40 cm thick, was first applied with a cut 30 cms deep, 5 mm thick on a 1 m grid. Having isolated roof sections, special low vibration tools, were used to make 10 cm wide cuts on the entire roof surface. Over 30 stone craftsmen then worked for eight months to remove over 1 million kilos of concrete by hand tools.

Deteriorated stone slabs and chajjas on the dalan of the terrace have been replaced with new stones. Lime concrete was laid on the terrace with appropriate slopes and original water outlets made functional. 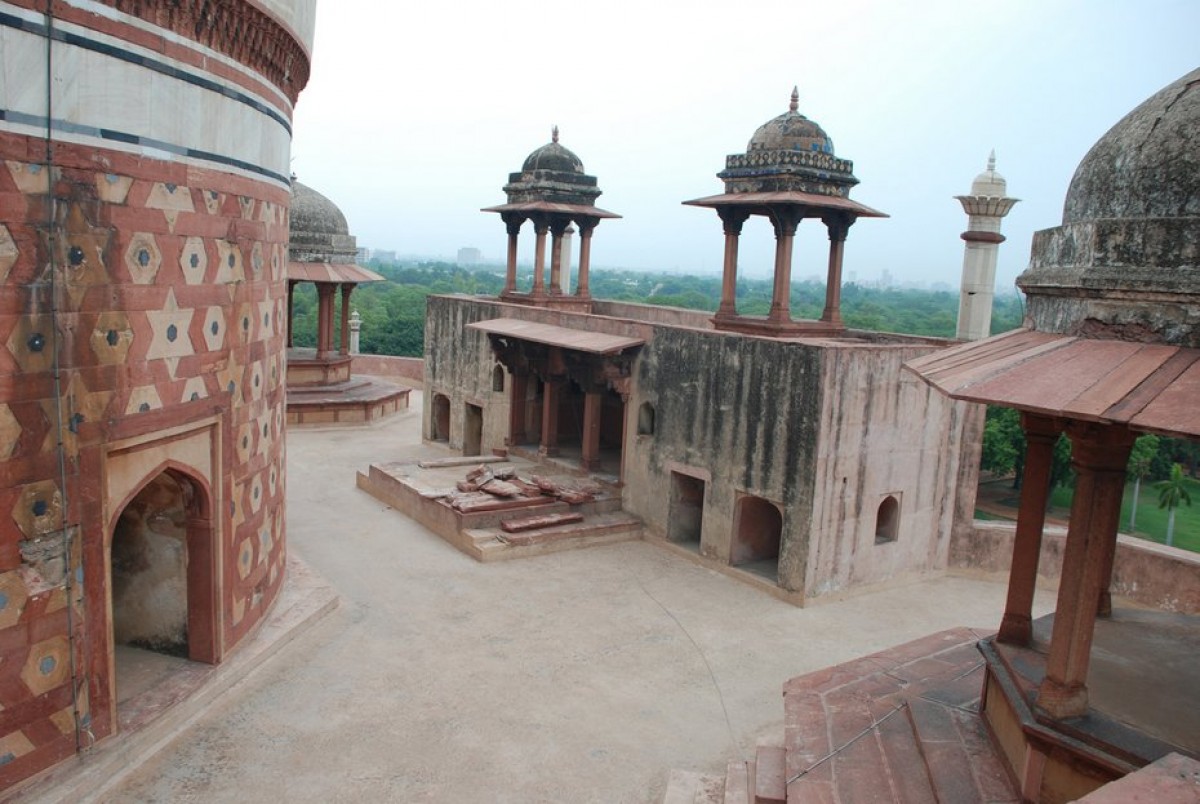 The concrete removal revealed the octagonal base of the drum 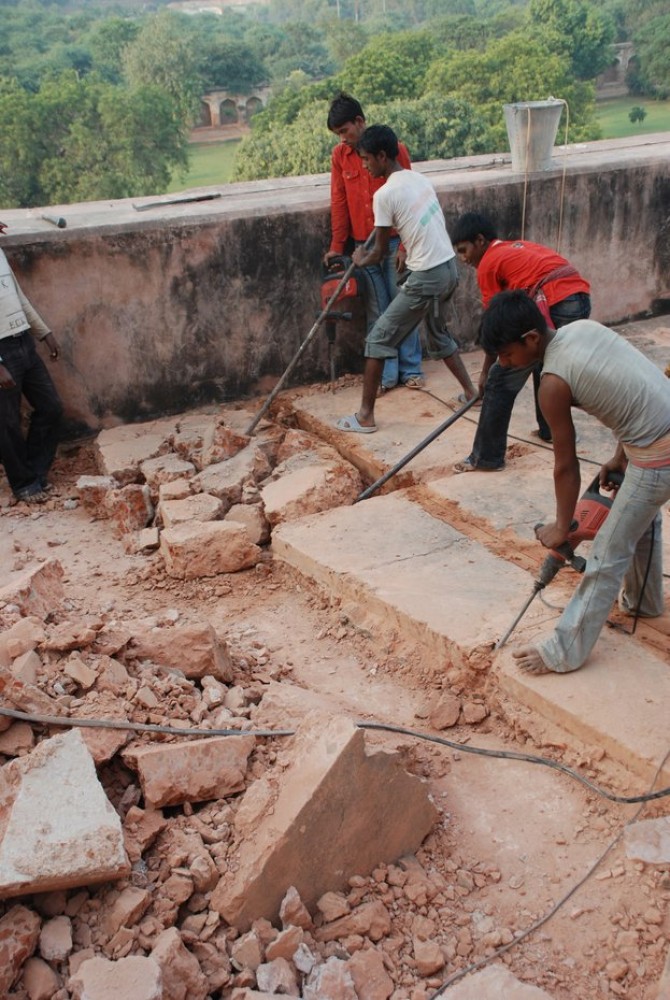 Following a cut to a depth of 20 cm and on a 1 m grid to be applied on the terrace. Followed by manual removal of concrete using chisels 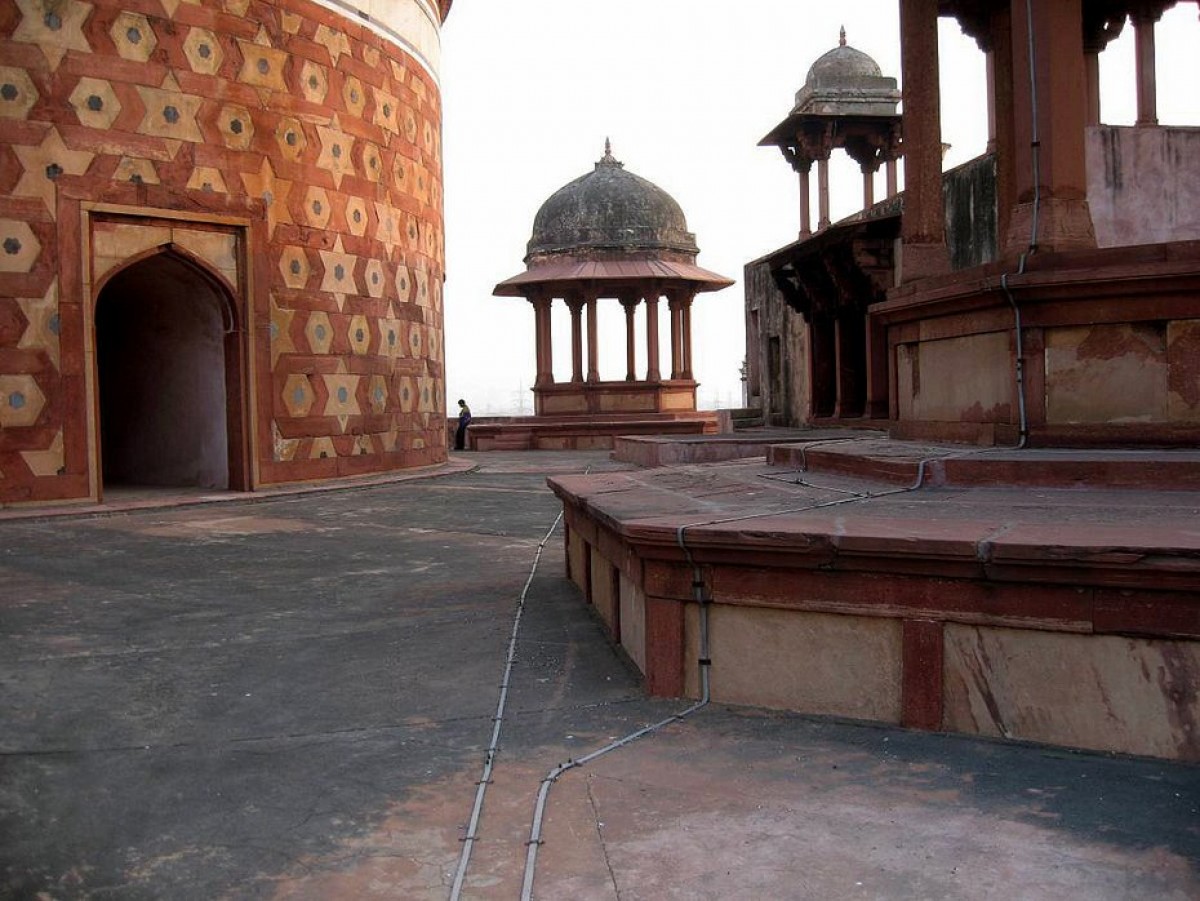 Terrace - Before Conservation in 2007 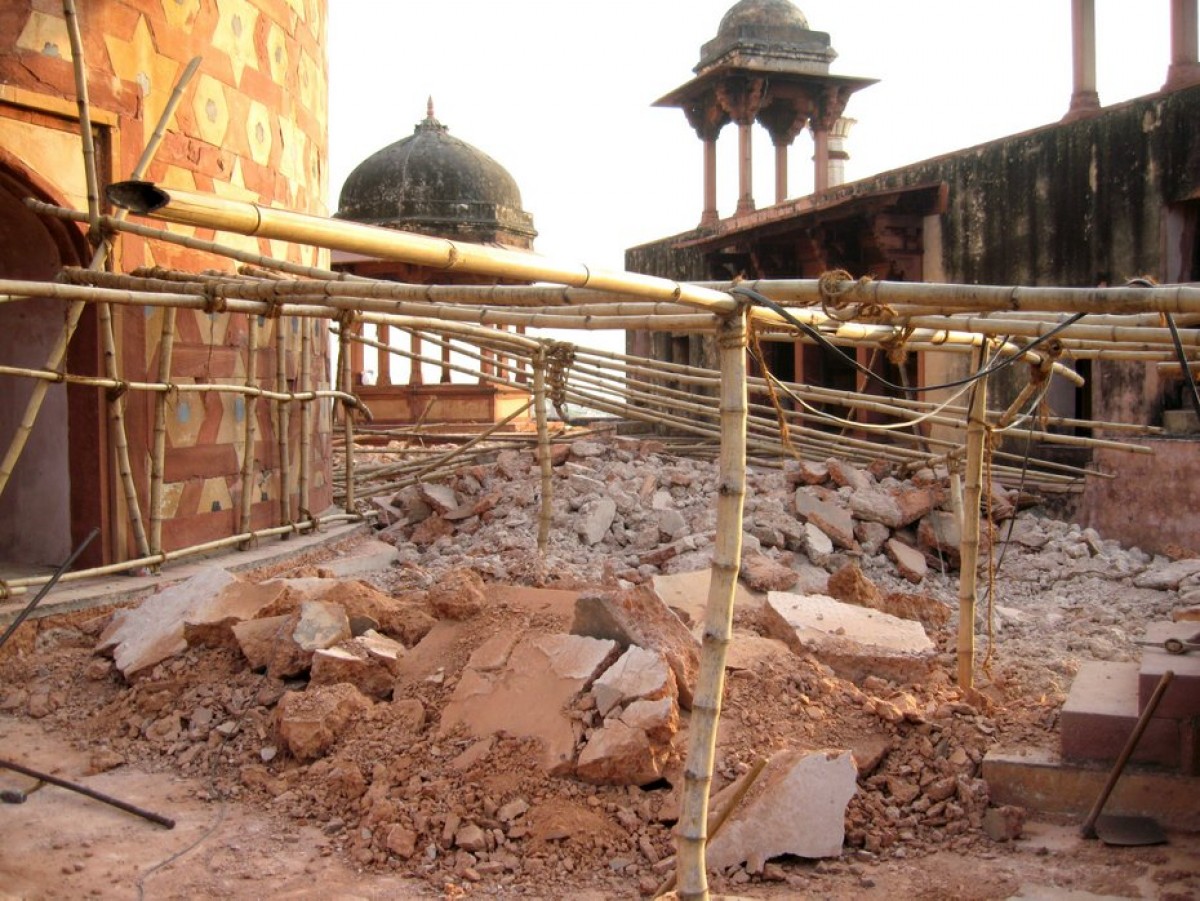 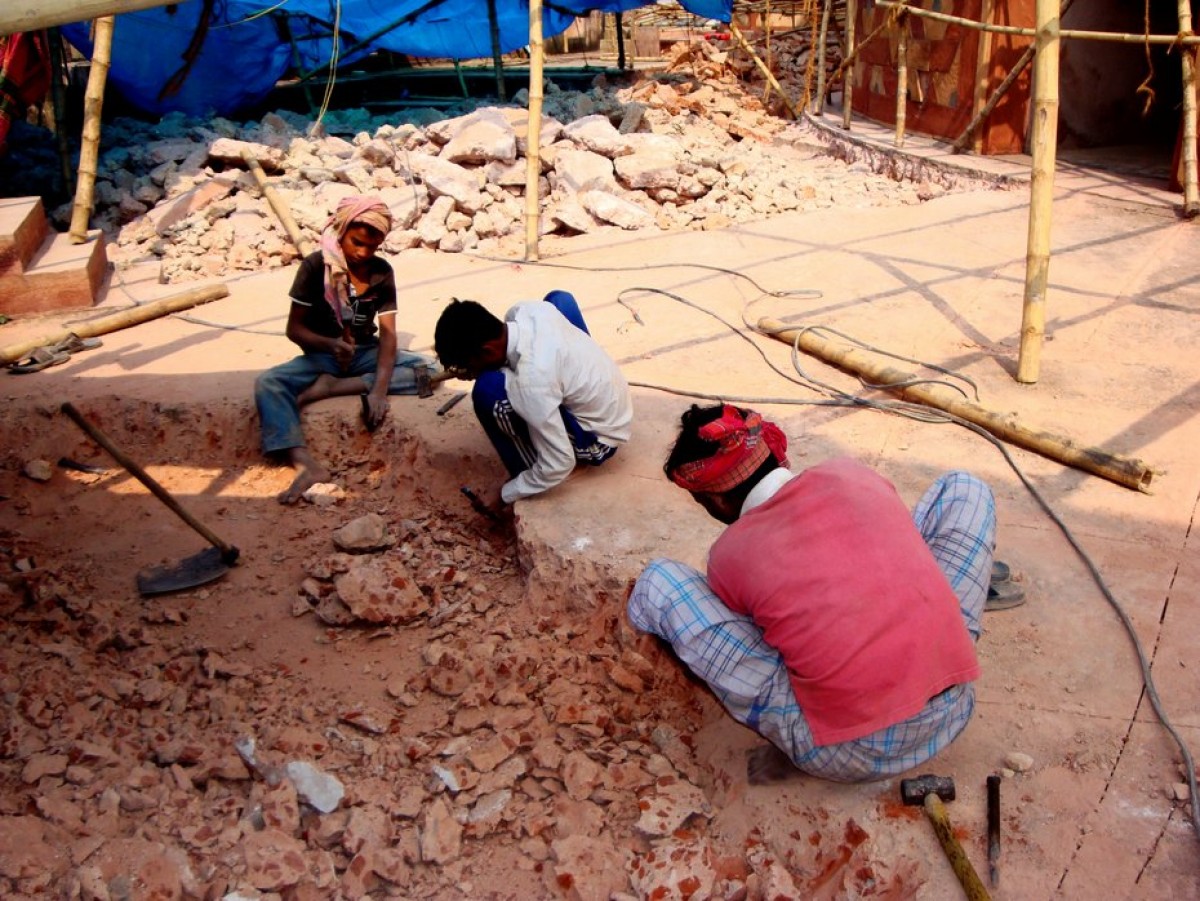 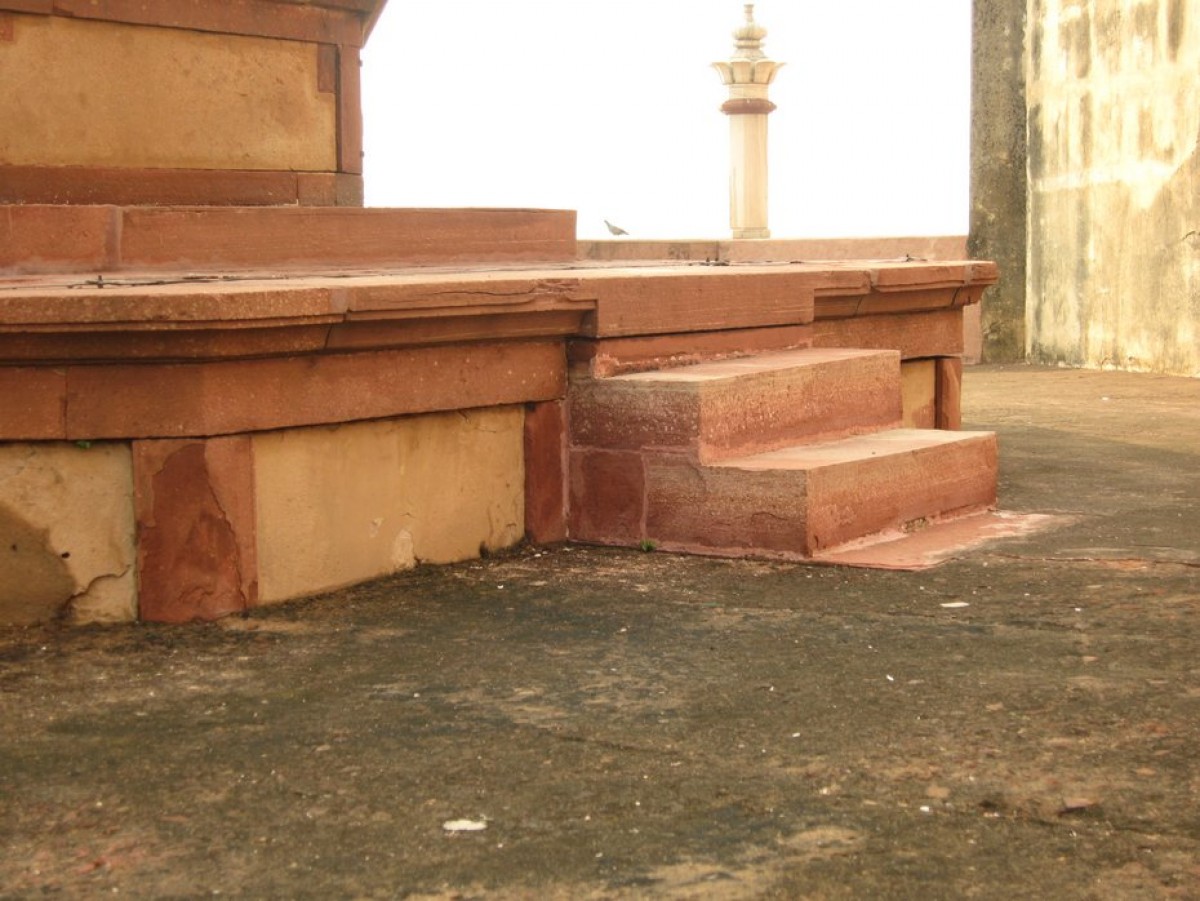 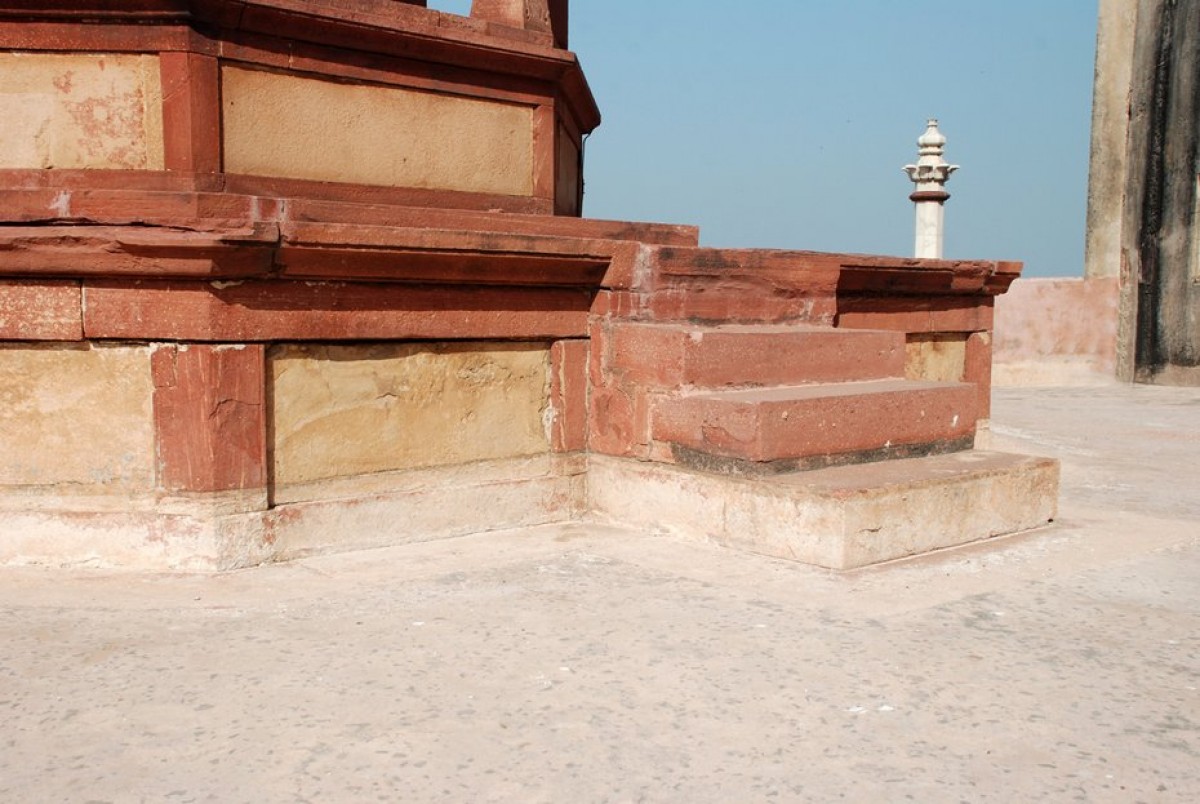 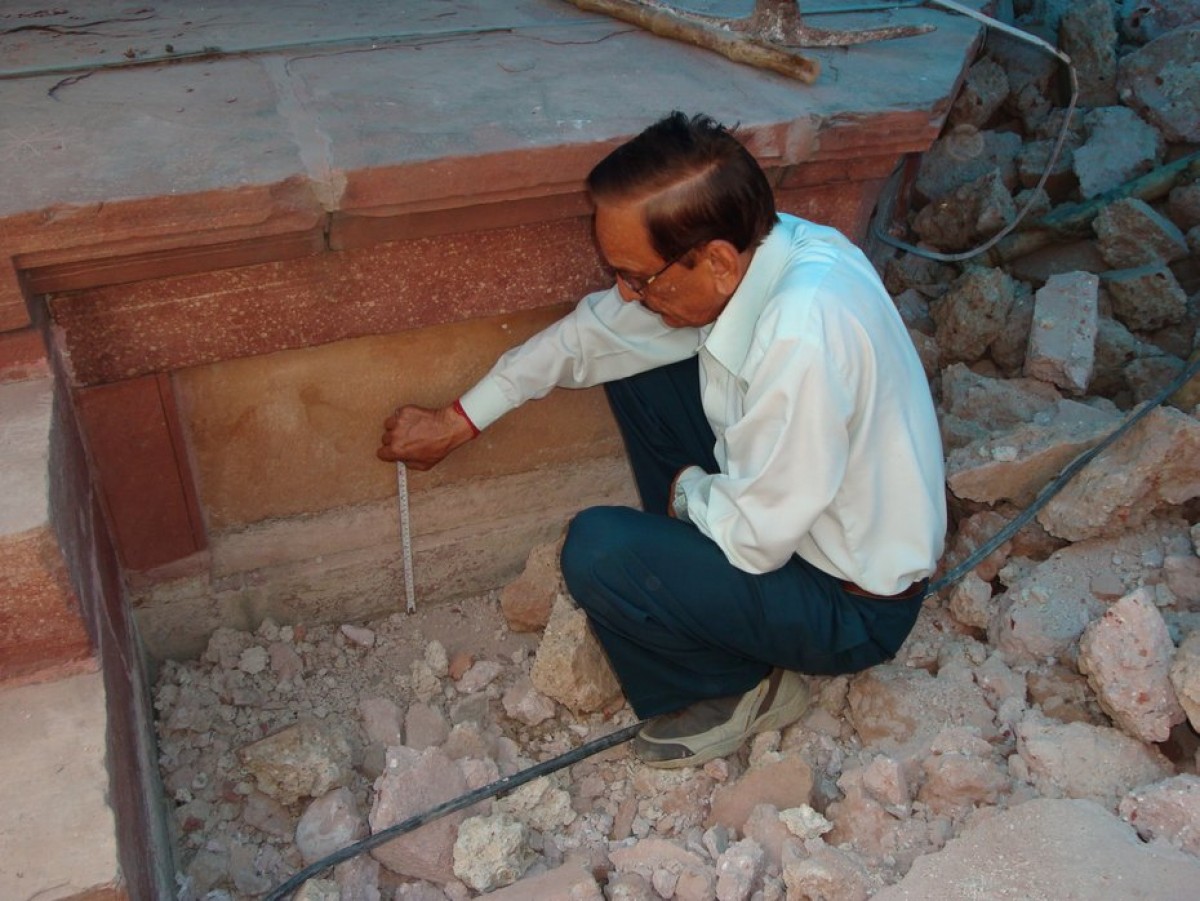 Removal of concrete from the roof revealed hidden architectural elements 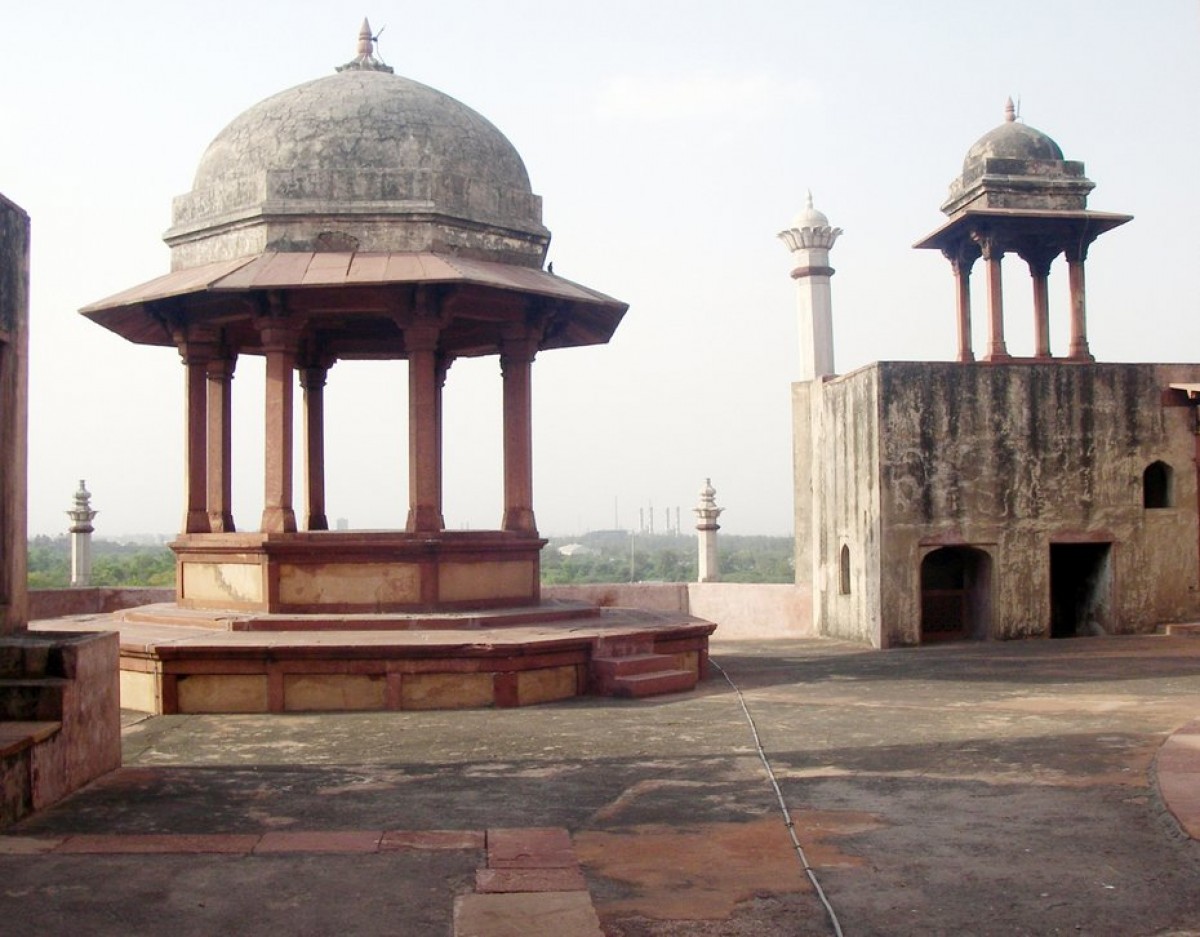 Concrete was removed from the terrace of the four roof pavilions 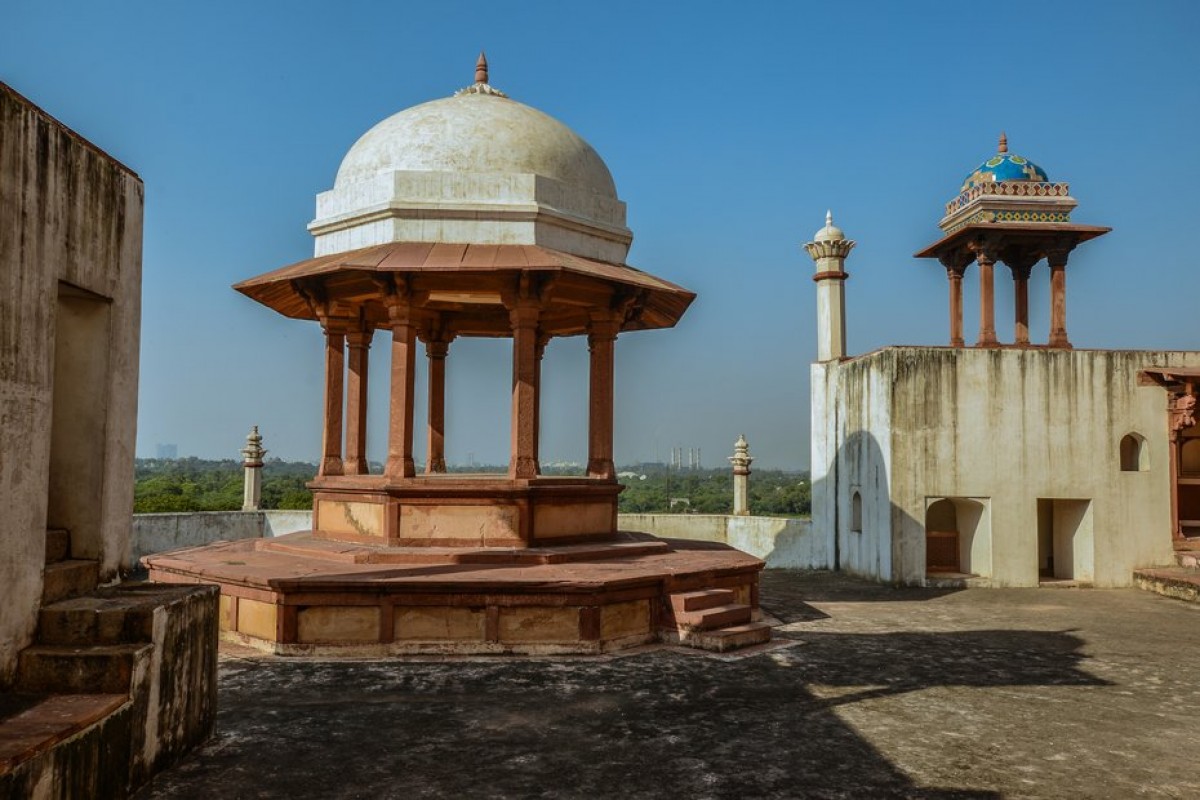 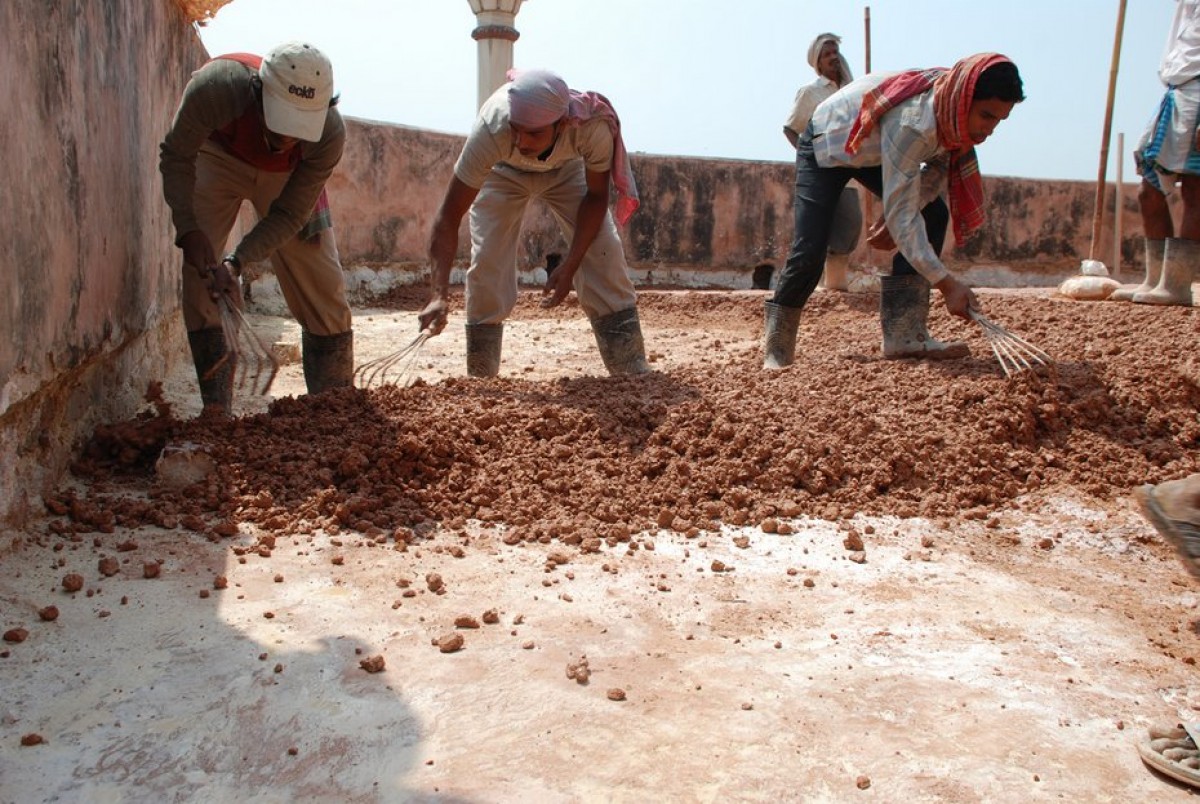 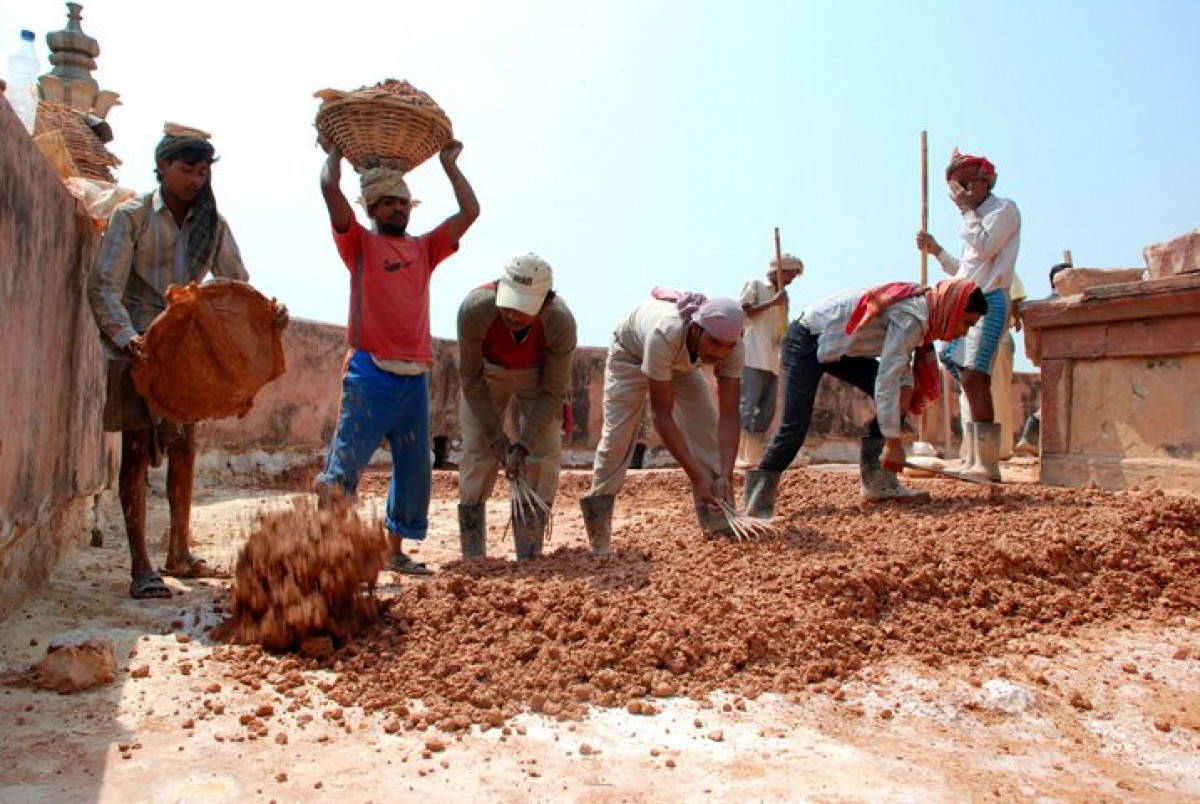 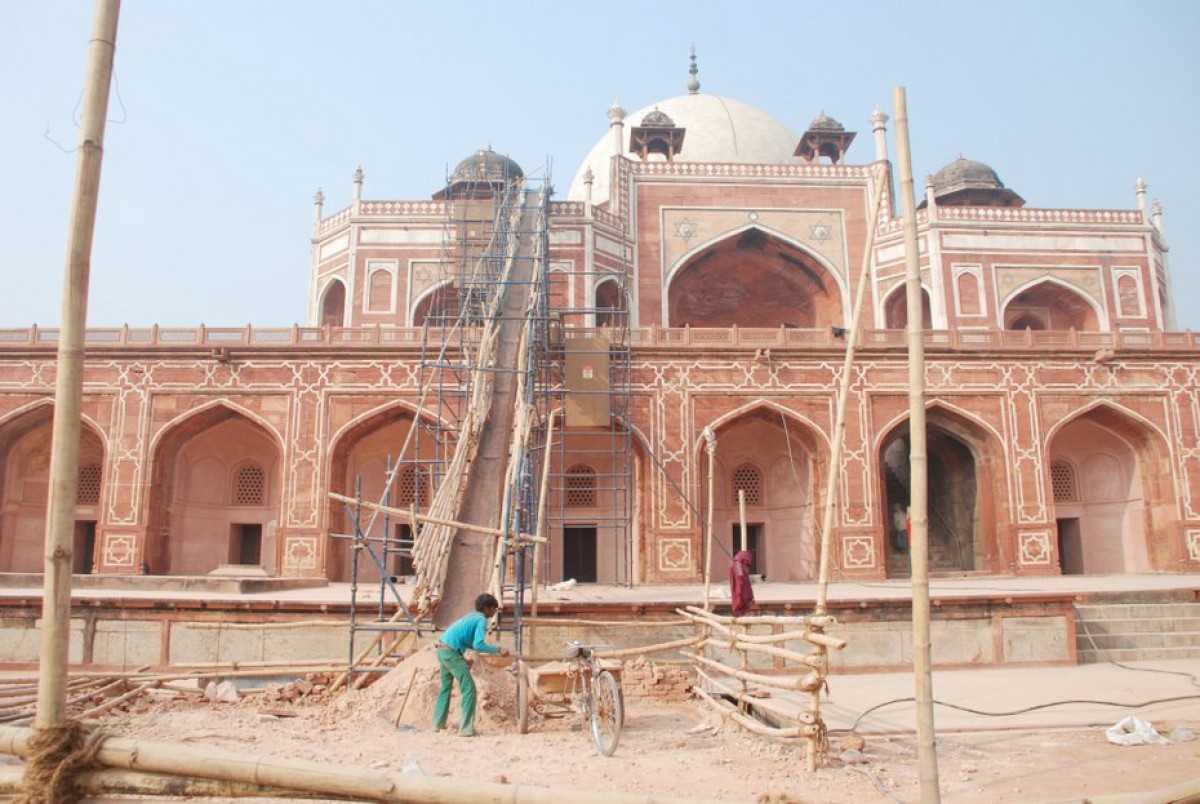 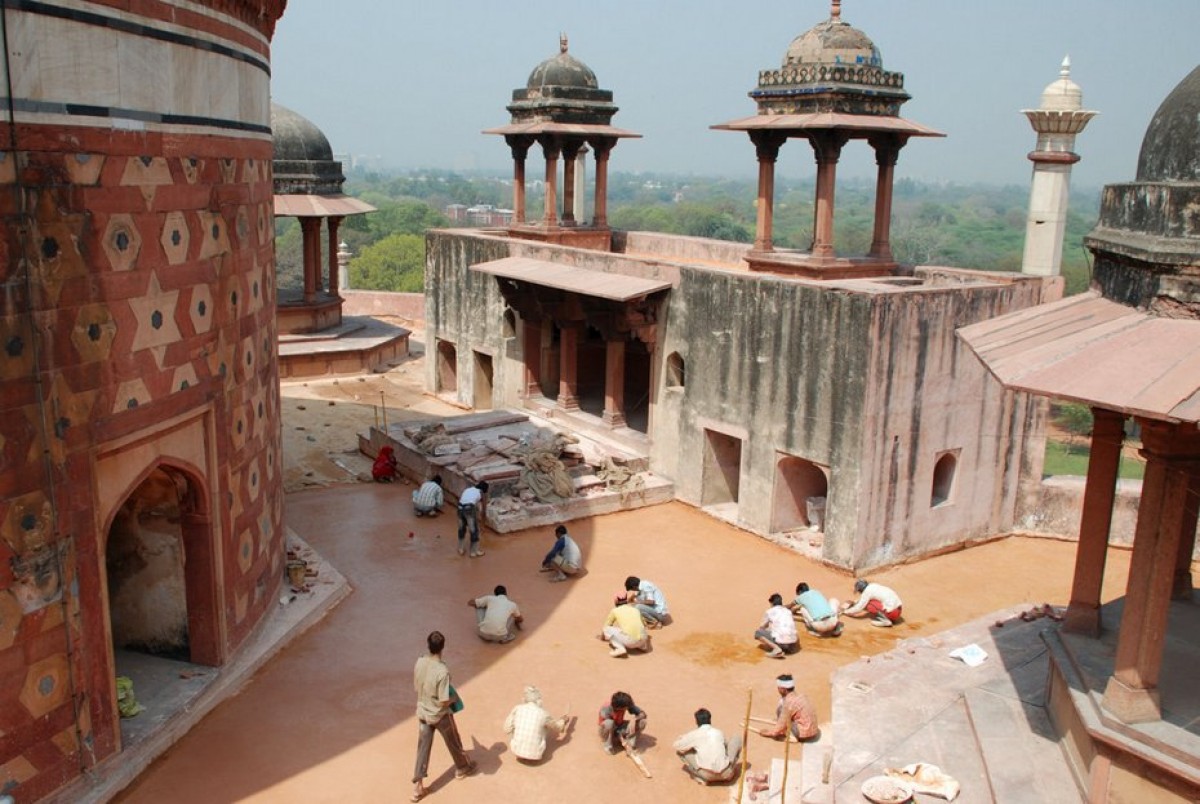 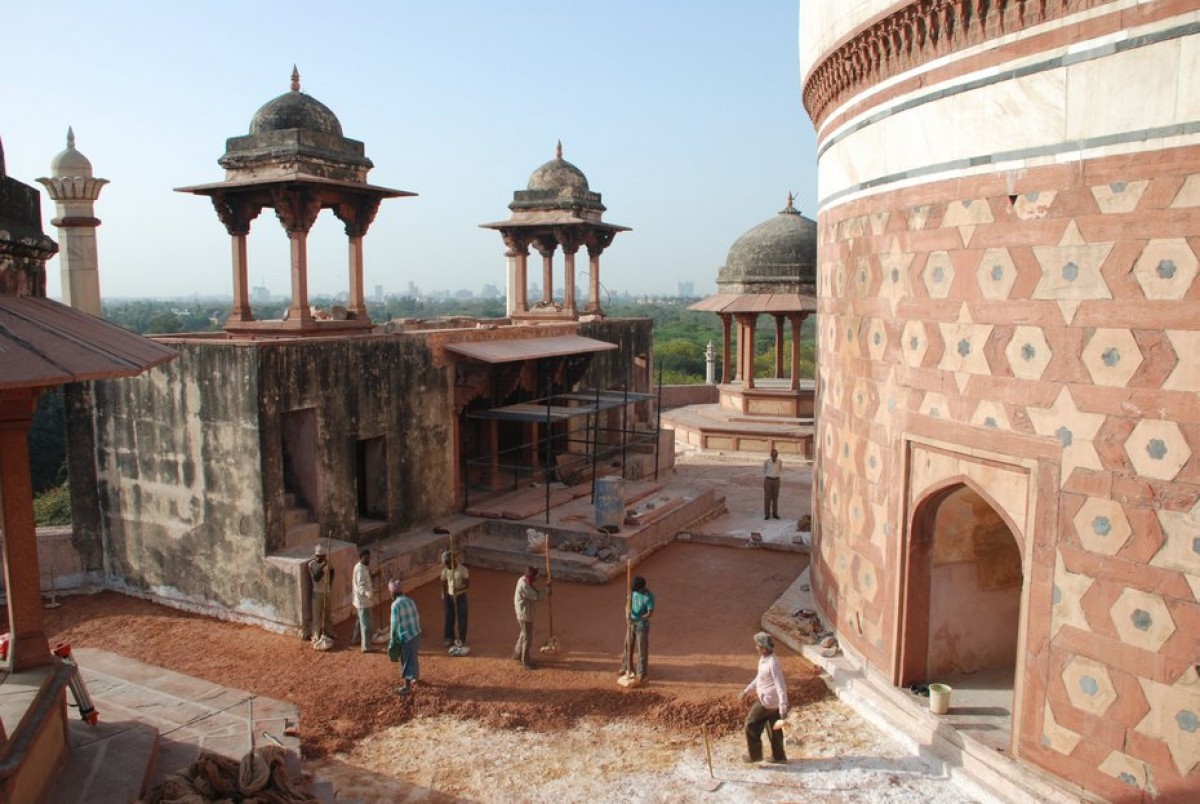 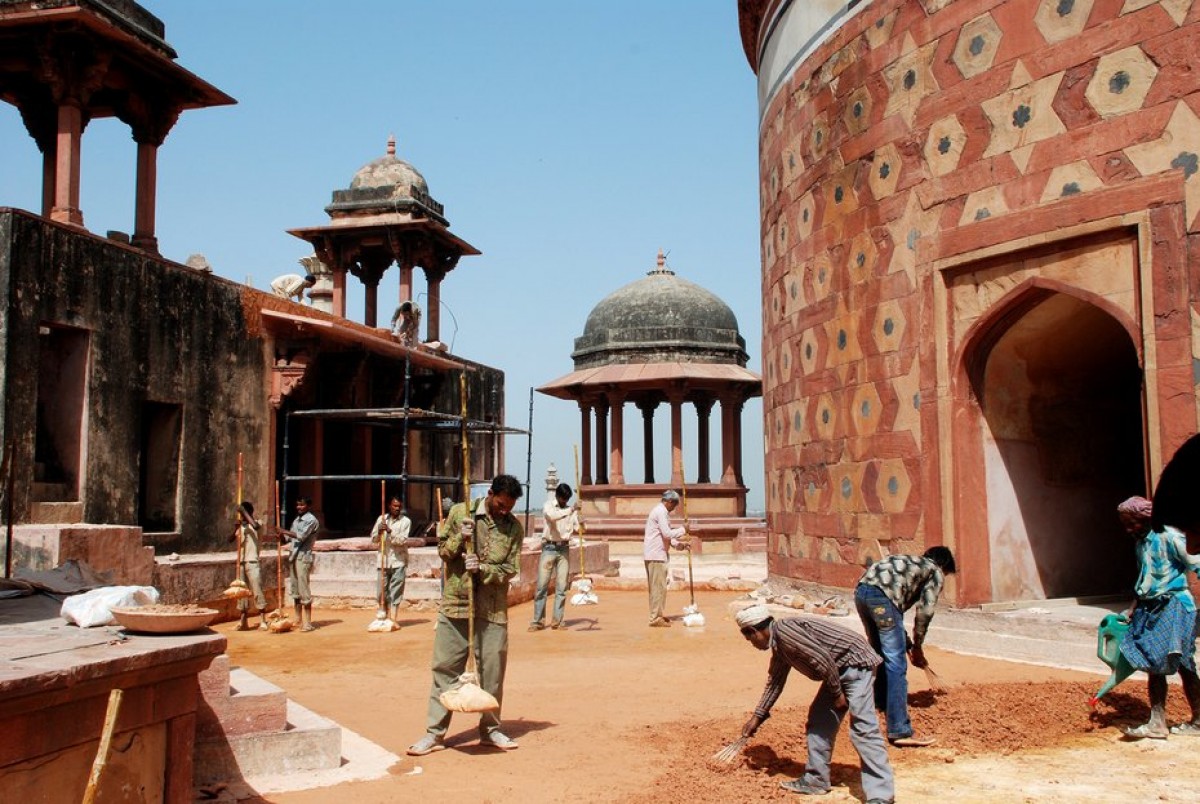 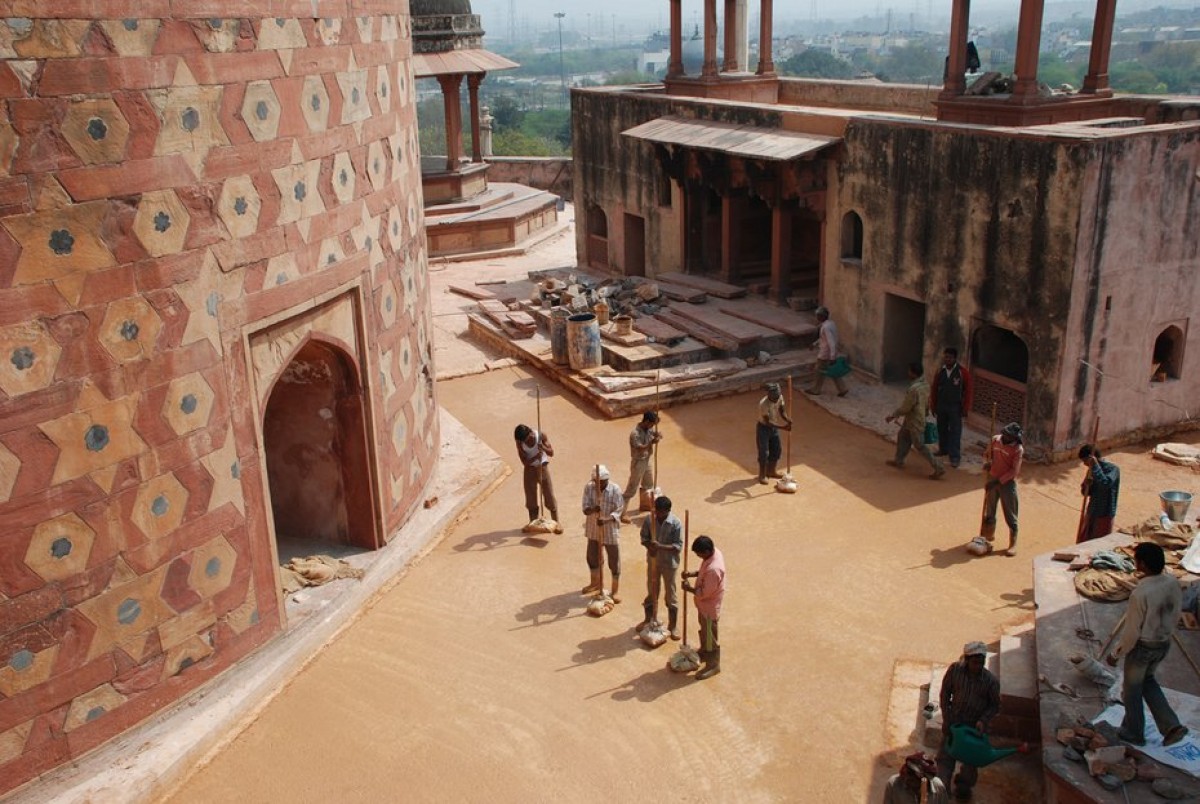 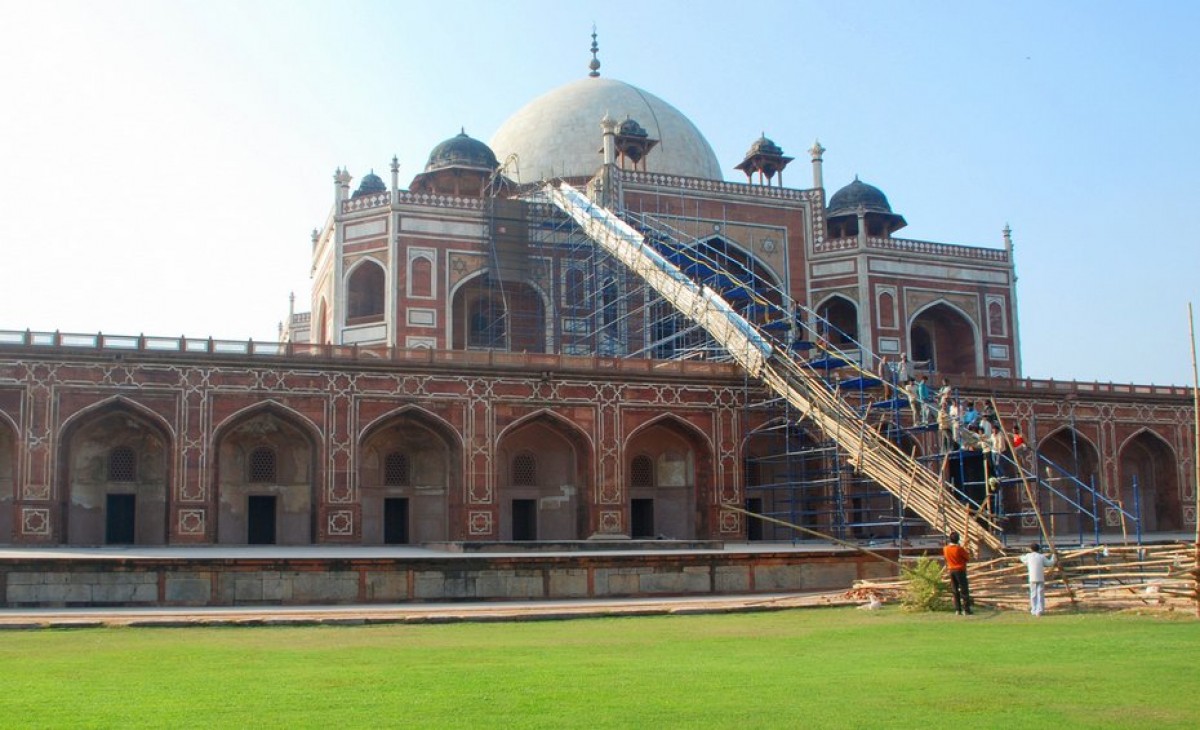 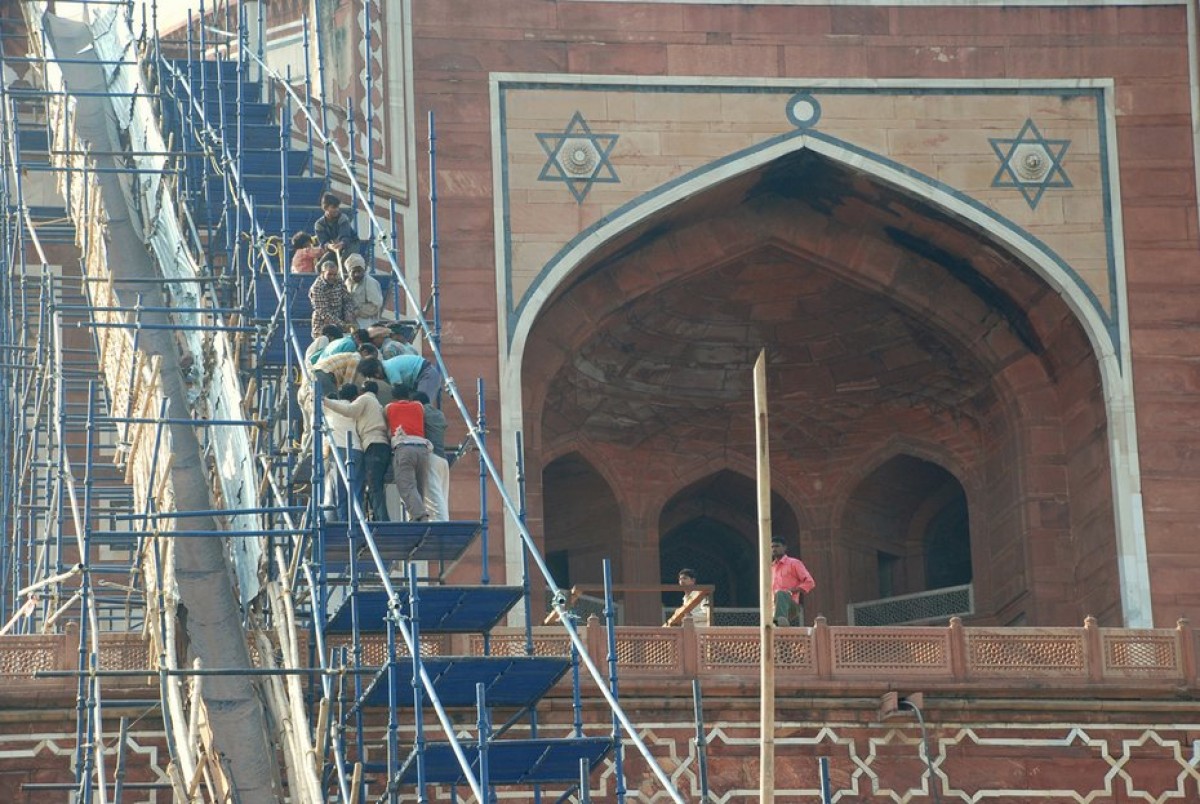 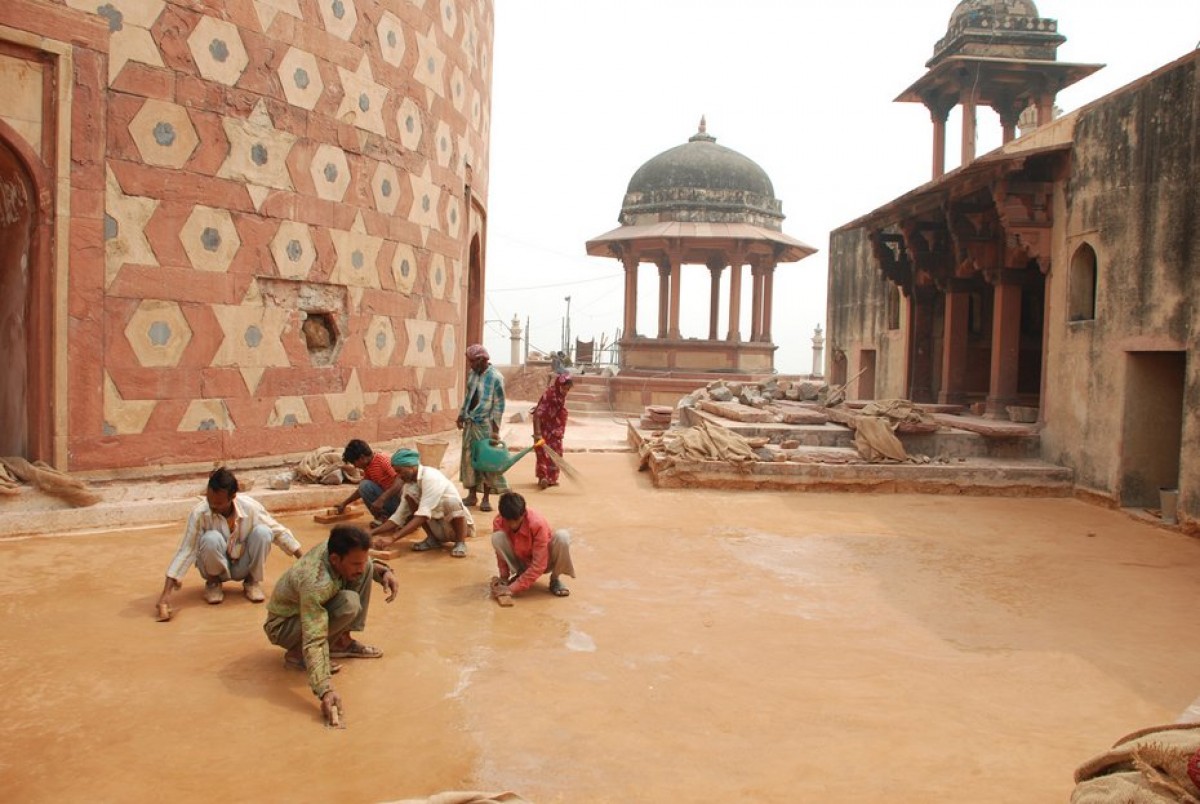 Terrace is repaired to the original levels 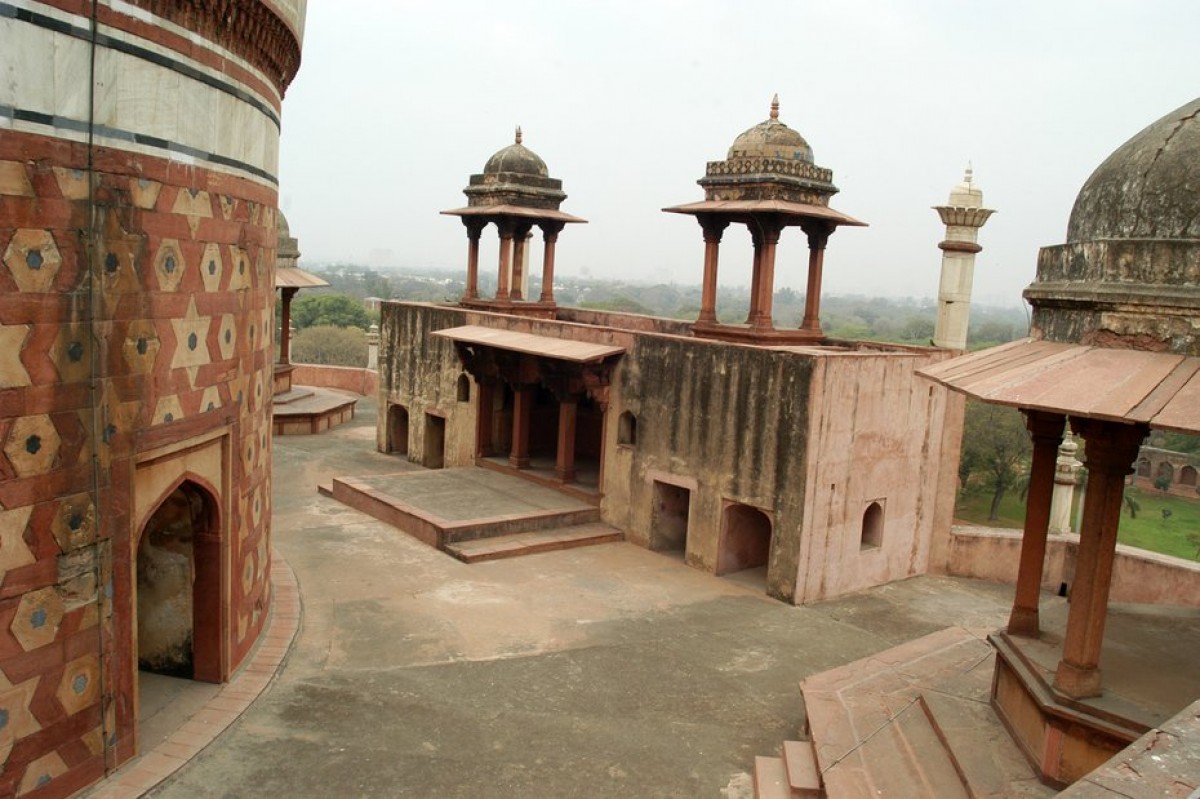 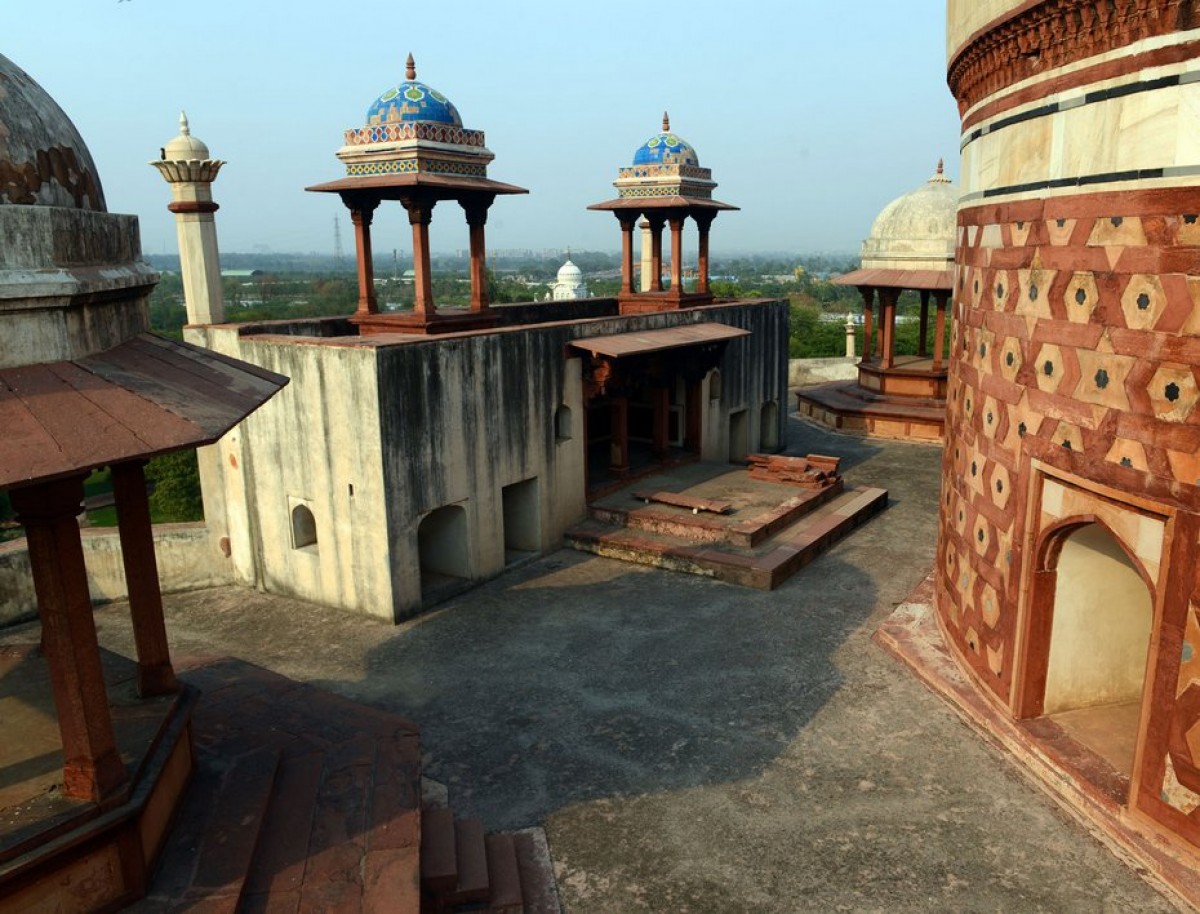