The Mughals encamped, entertained, conducted royal business, and received ambassadors, in gardens enclosed with tall enclosure walls. Their tombs were also set within enclosed gardens where the enclosure represented Quranic paradise.
The Outstanding Universal Value of the Humayun’s Tomb World Heritage Site lies in also for it being an ensemble of 16th century enclosed garden tombs. Sections of the Arcaded garden enclosure walls, originally plastered, that had collapsed in the 20th century were rebuilt in 2009-10.

Reconstruction, in view of the significance of the enclosure to the Mughal builders coupled with available evidence of the original design, employed the use of brick shuttering to ensure appropriate arch profile just as this would have been achieved in the 16th century.

In Farsi, the term for ‘a walled garden’ is ‘pairi daeza’. In English the word became ‘paradise’ (heaven). Humayun’s Tomb is set in a walled garden. Arcaded walls enclose the 26-acre garden, which is divided by wide pathways into four quadrants. Narrower walkways, with water channels representing the rivers of the Quranic paradise, further divide each quadrant into grids of eight squares, the ninth being occupied by the enormous tomb platform.

Continuing the red-white contrast of the mausoleum, the spandrels of the enclosure wall arches were plastered with red mortar while the arches themselves were plastered in white lime mortar. Several openings in the arcaded wall seem to have been blocked at a later date. Much of the eastern enclosure wall dates from 20th-century reconstructions as this stretch seems to have repeatedly collapsed. In the 21st century with ground levels outside having been raised with dumping of earth, the ASI raised the height of the eastern wall thus preventing views across the garden as intended by the Mughal builders. Similarly, other sections of the enclosure wall collapsed in the 20th century, but were either not rebuilt (such as the section west of the southern gate) or rebuilt in plain masonry to a lower height (such as a large section on the western side and the entire stretch east of the southern gate).

In view of the significance of the enclosure to Mughal builders and the stated significance of the complex today coupled with available evidence of the original design, it was considered appropriate to reconstruct the missing portions and restore the integrity of the site to the extent possible. The eastern stretch of the southern wall was, however, left undisturbed as the arcades have been completely lost and the entire stretch has been rebuilt in the 20th century.

The completion of enclosure wall would also allow the complex to be managed better in terms of security. Master craftsmen have used traditional materials and building techniques, as practiced by the original builders to complete the portions of the wall that had collapsed in the 20th century. 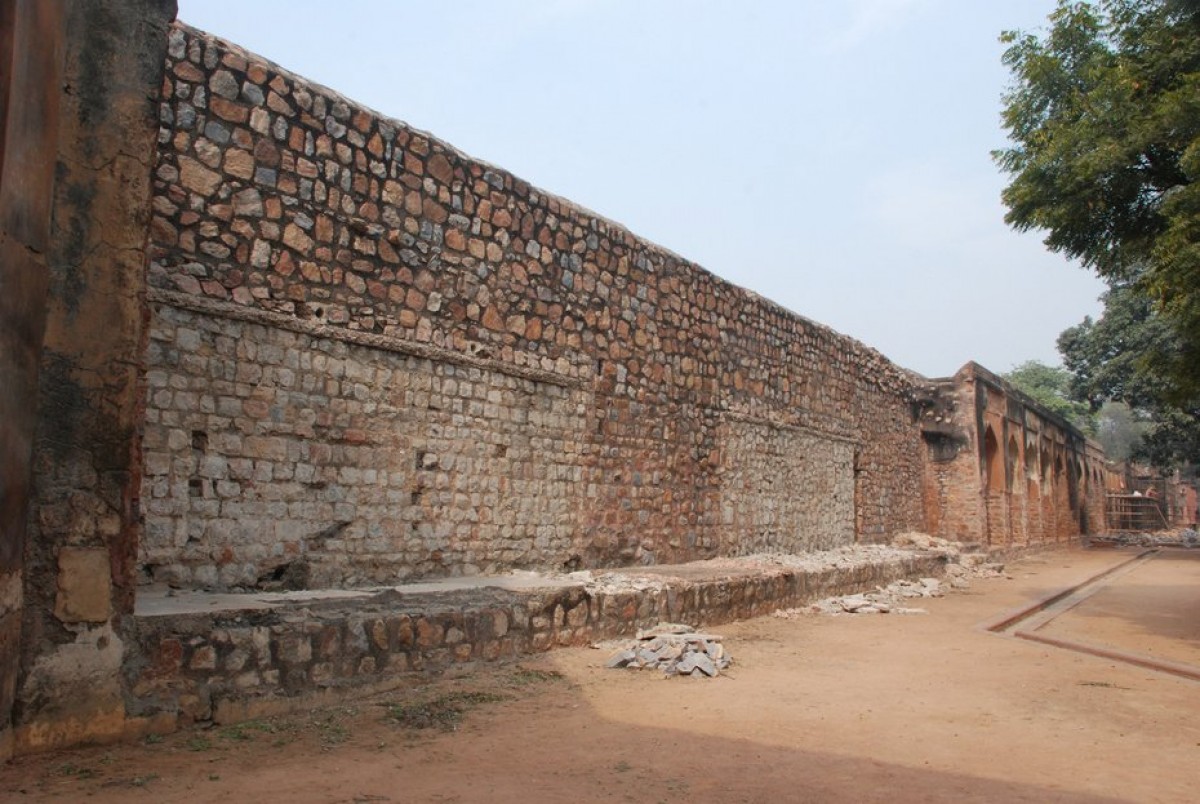 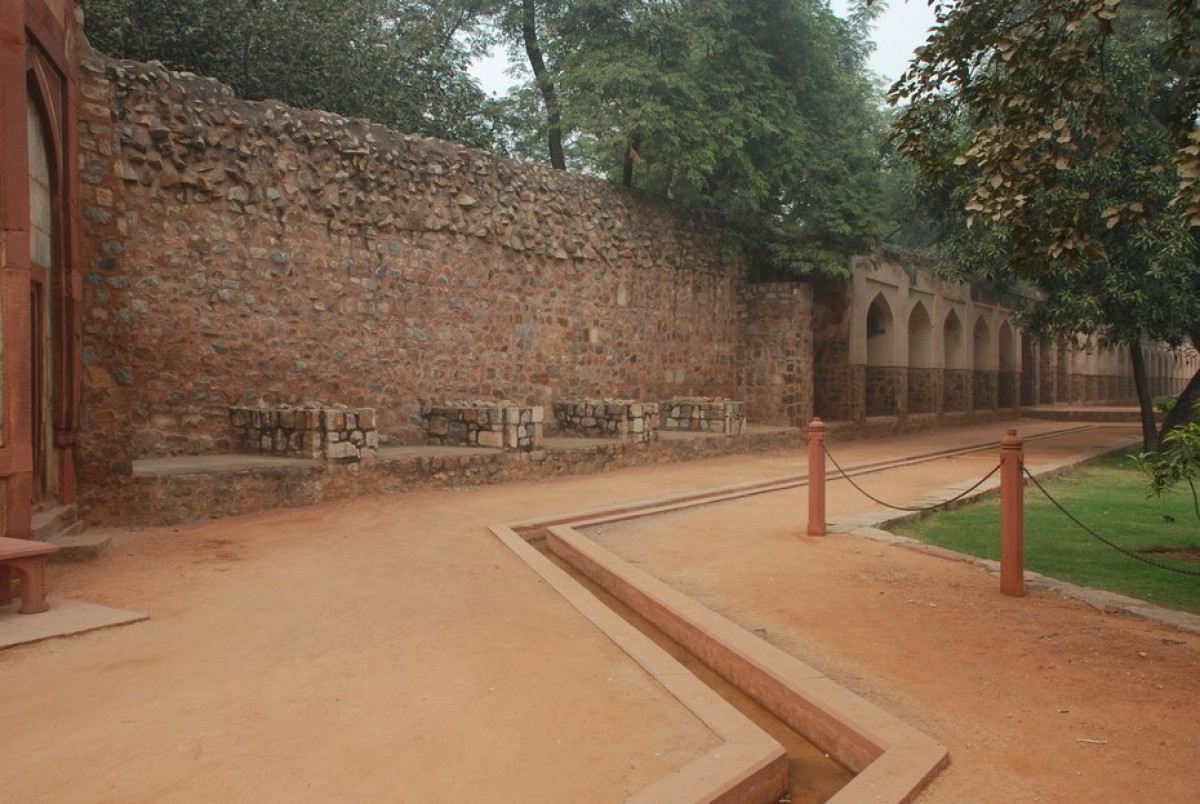 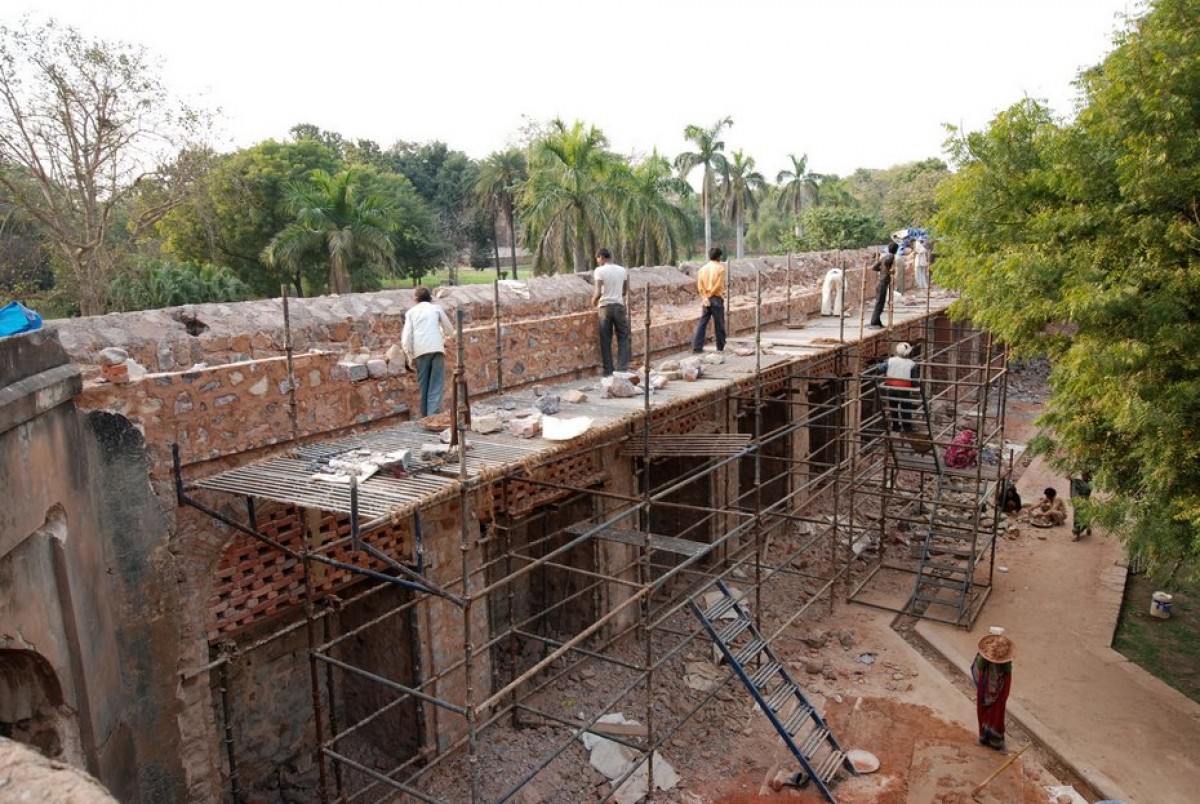 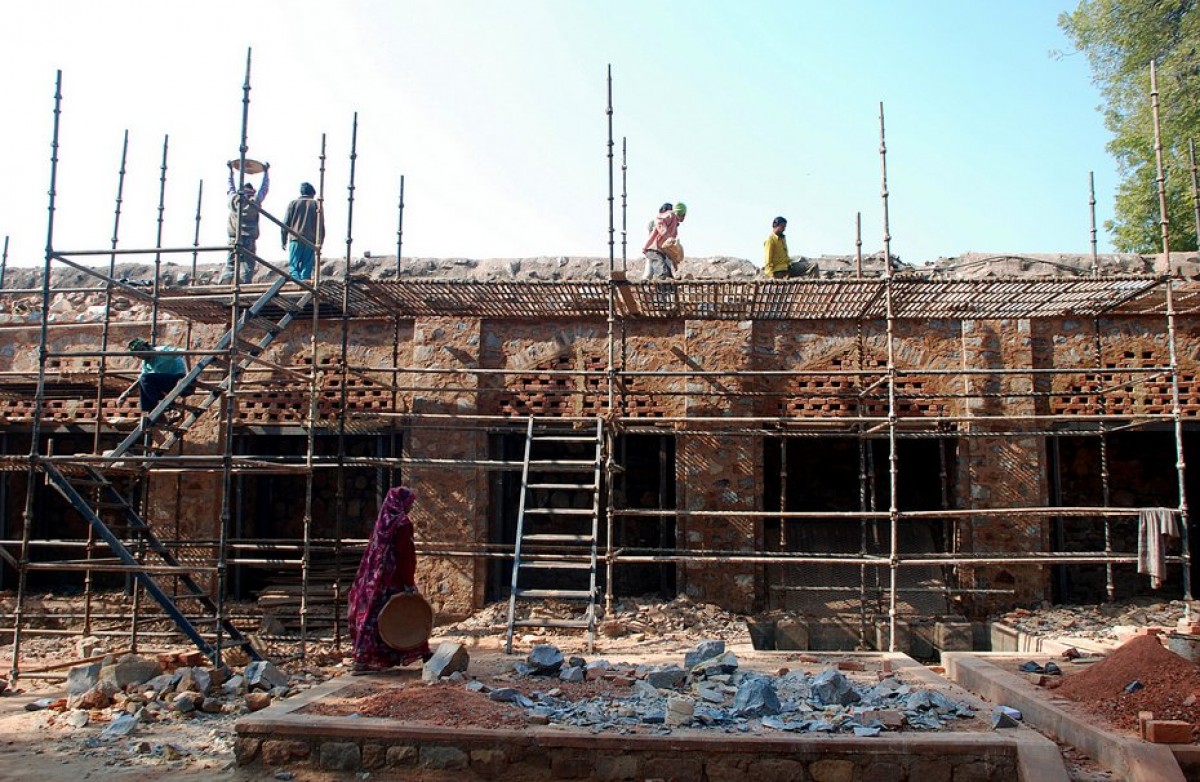 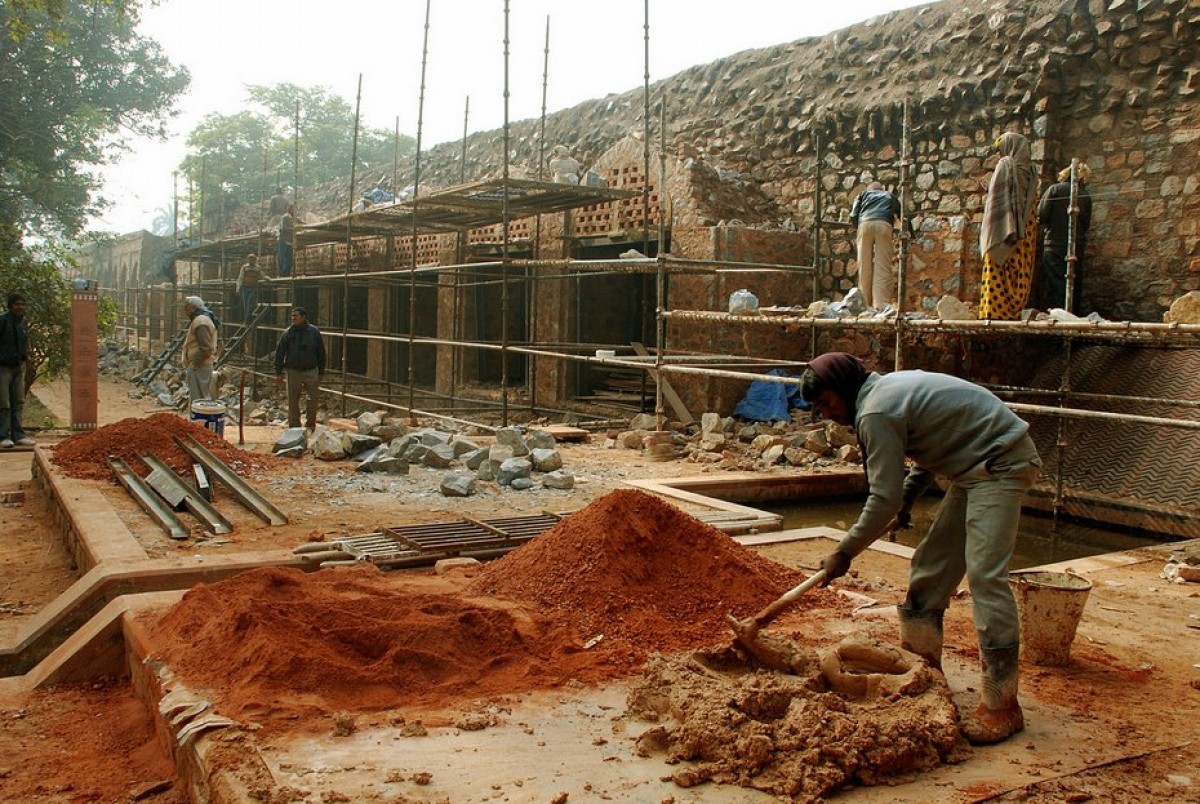 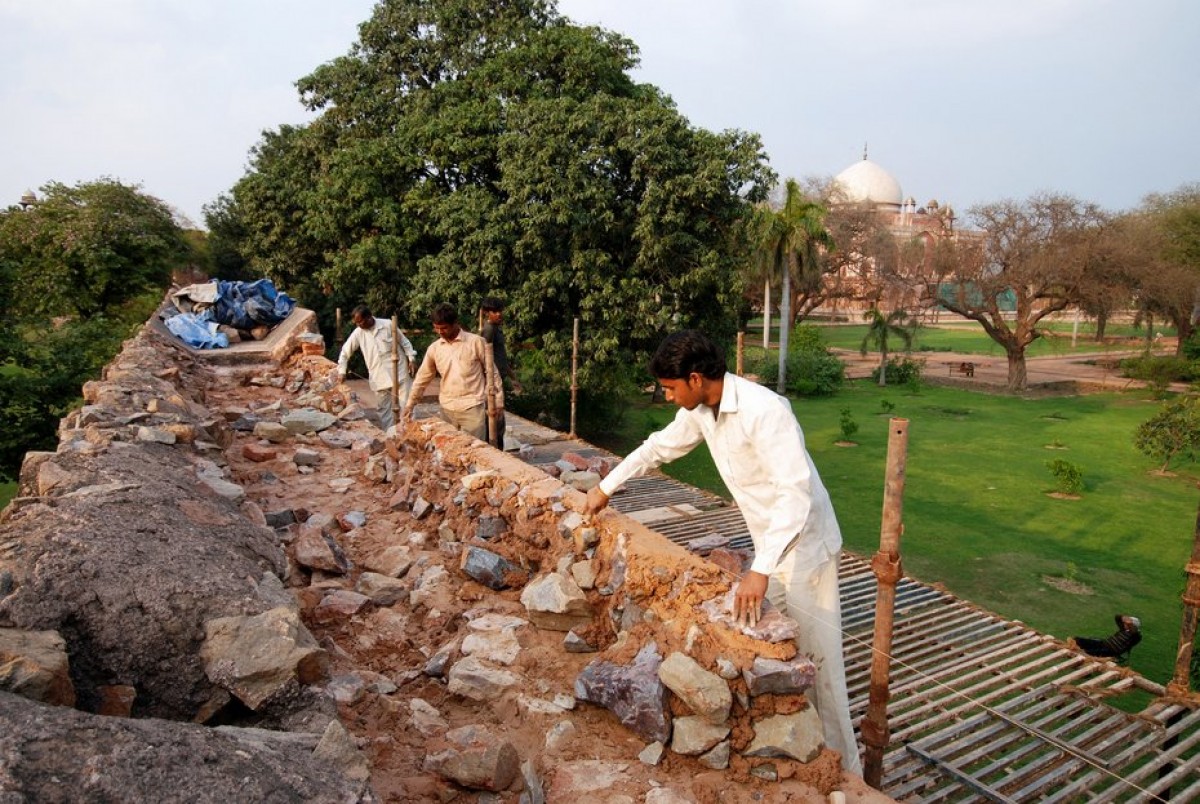 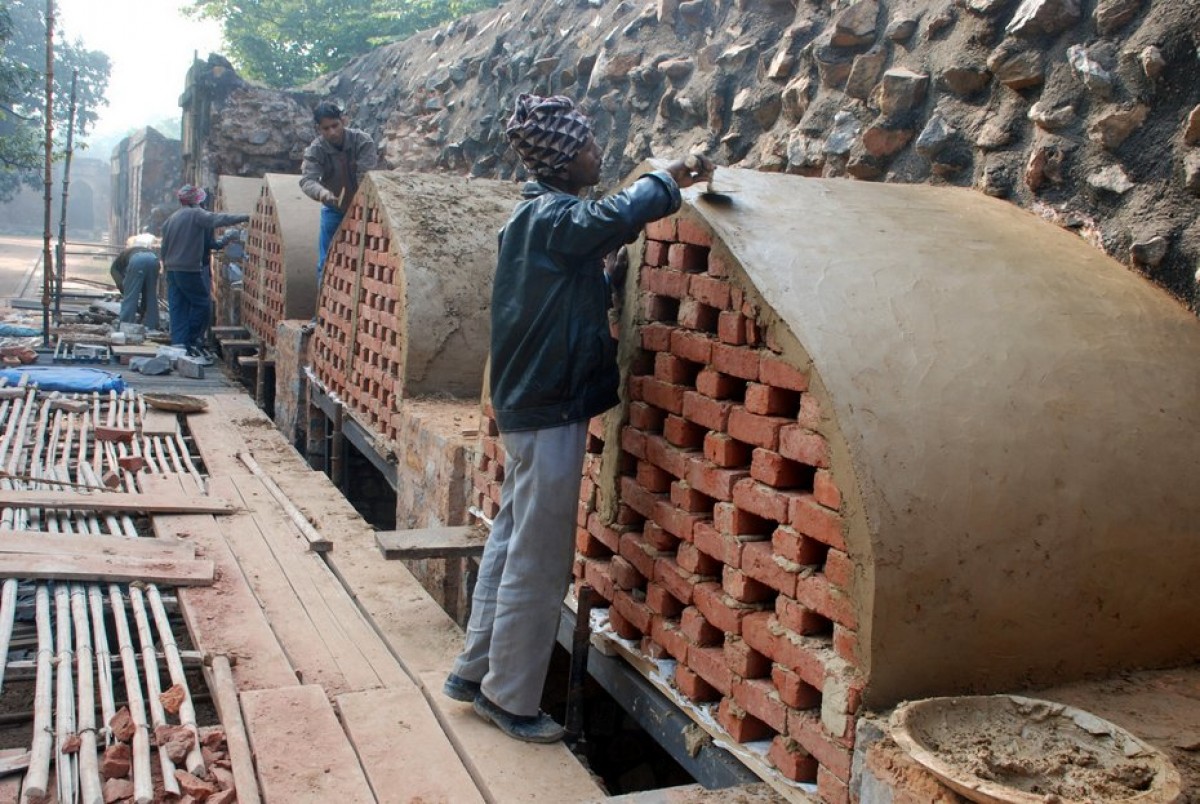 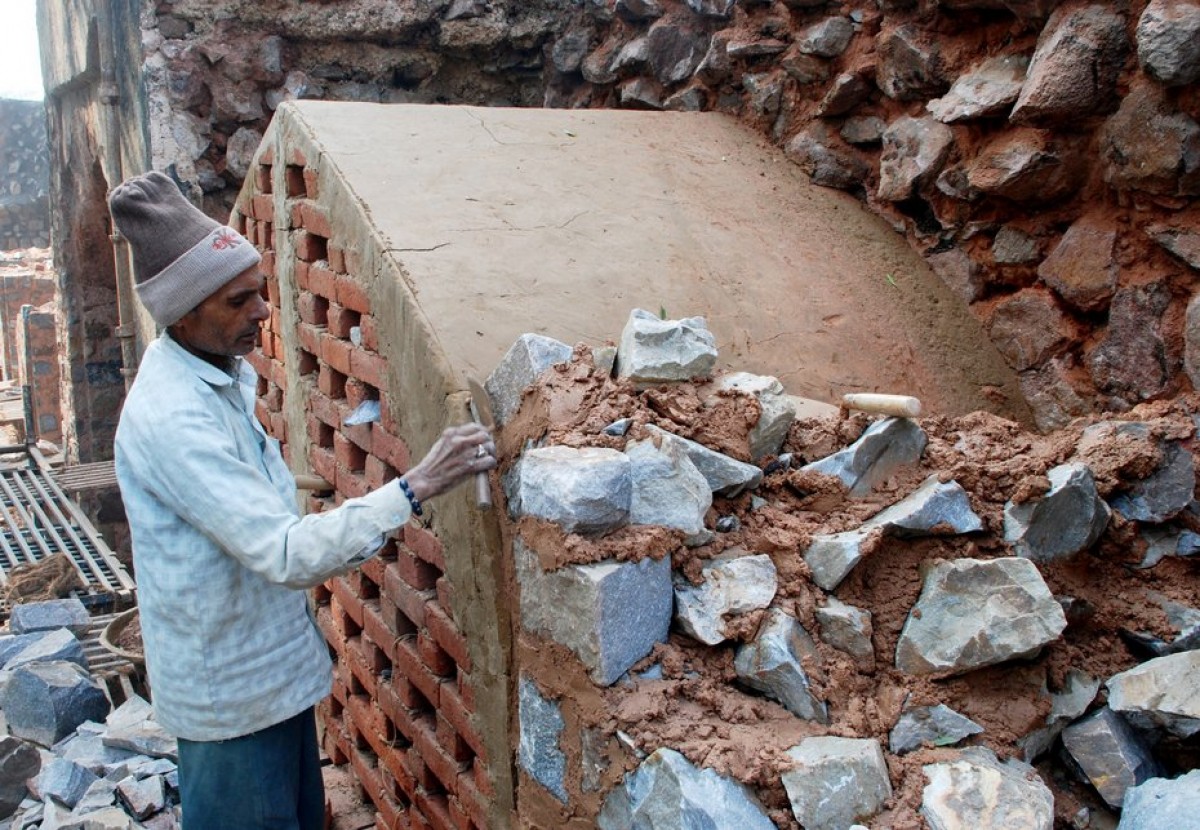 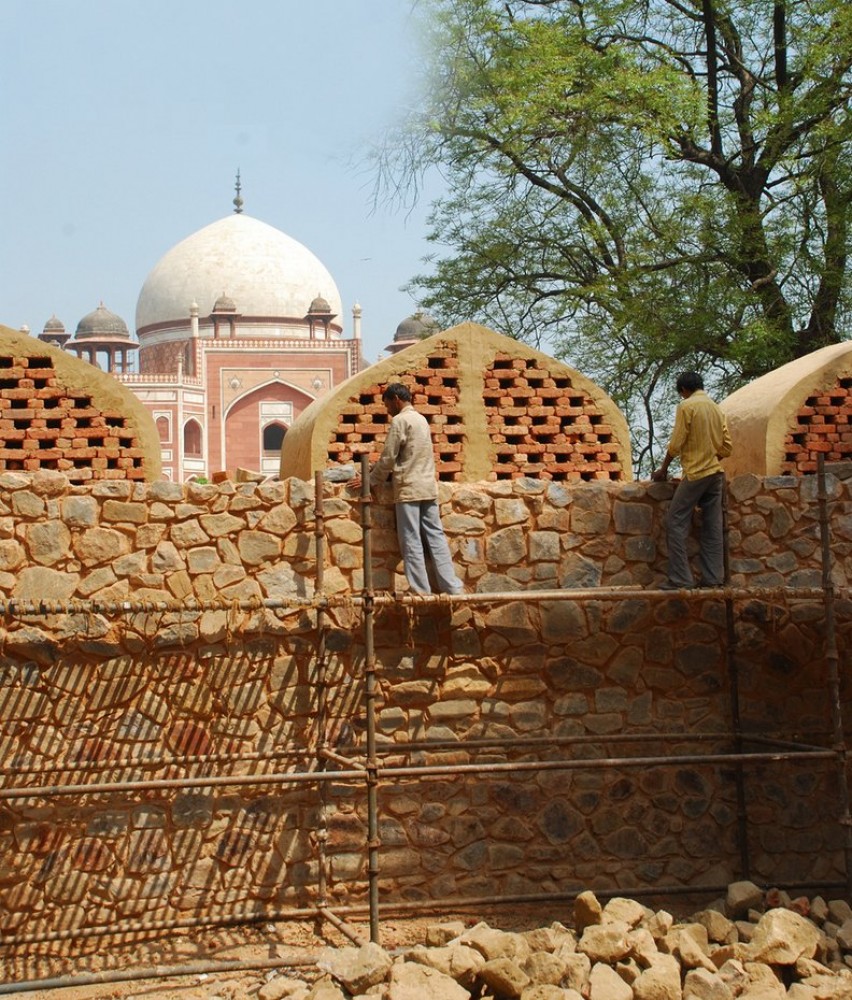 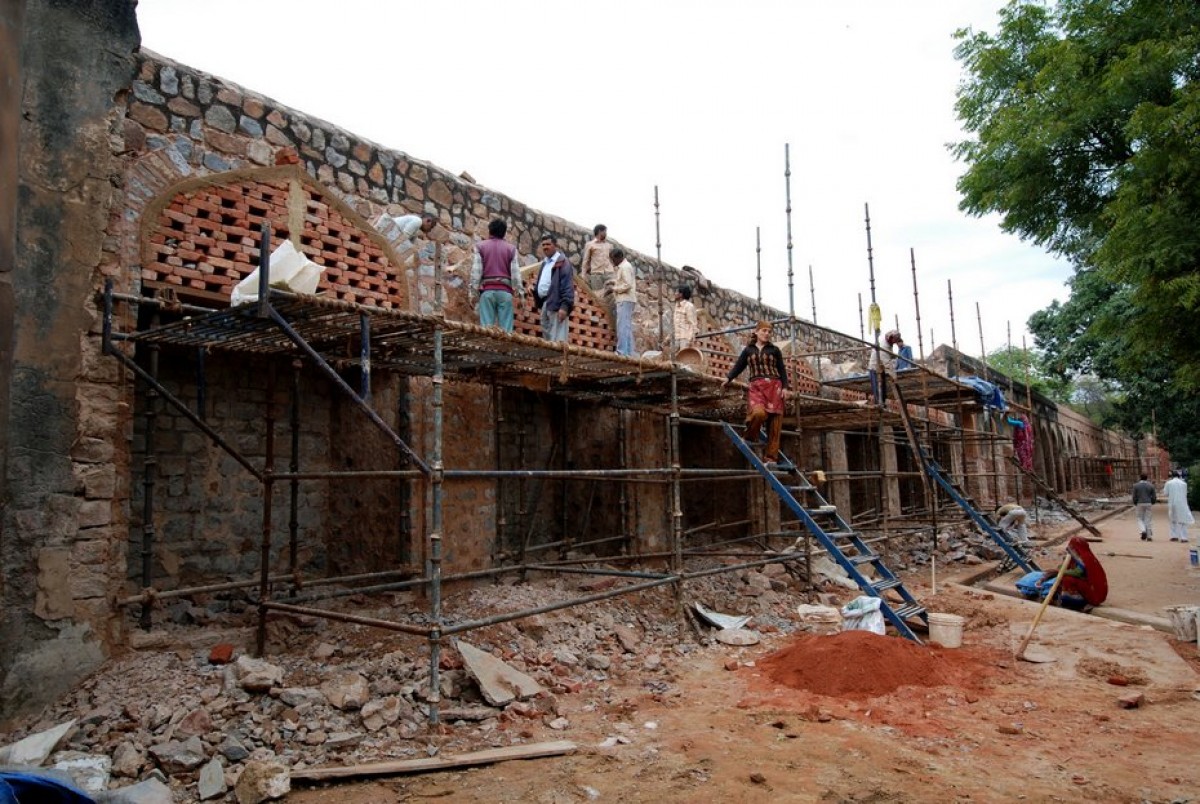 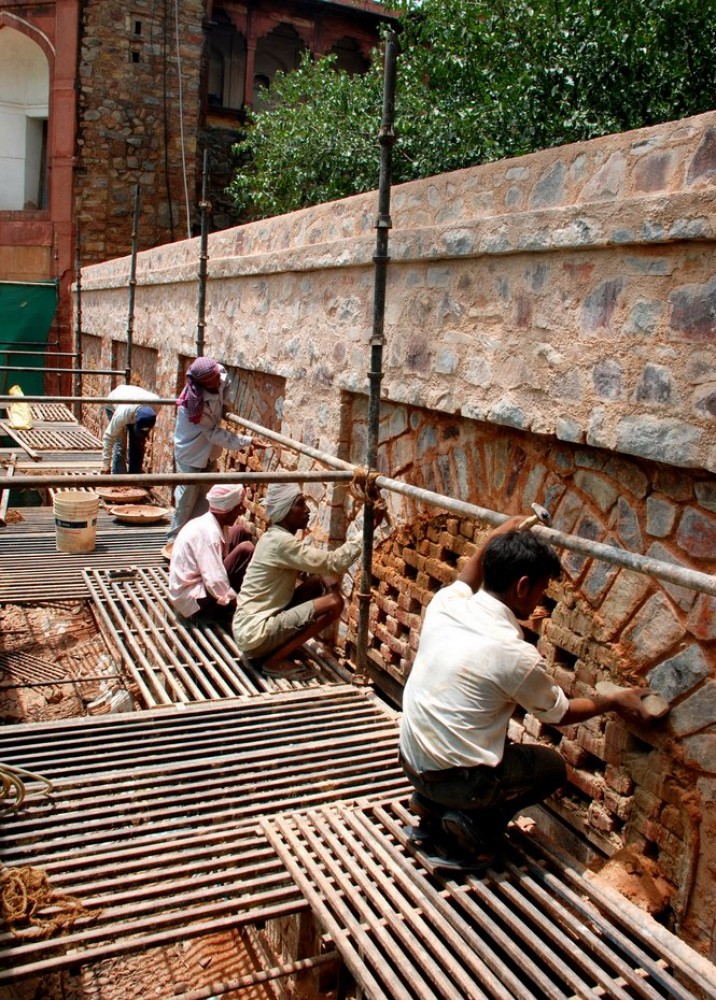 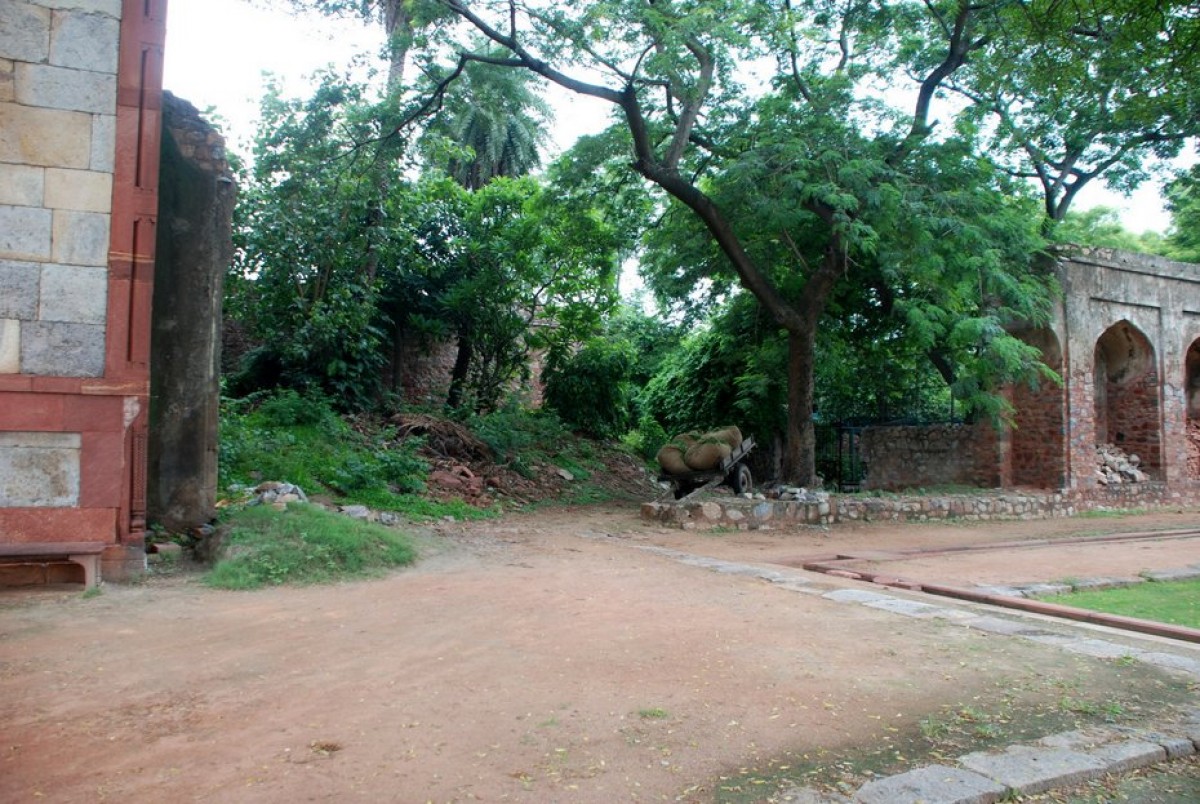 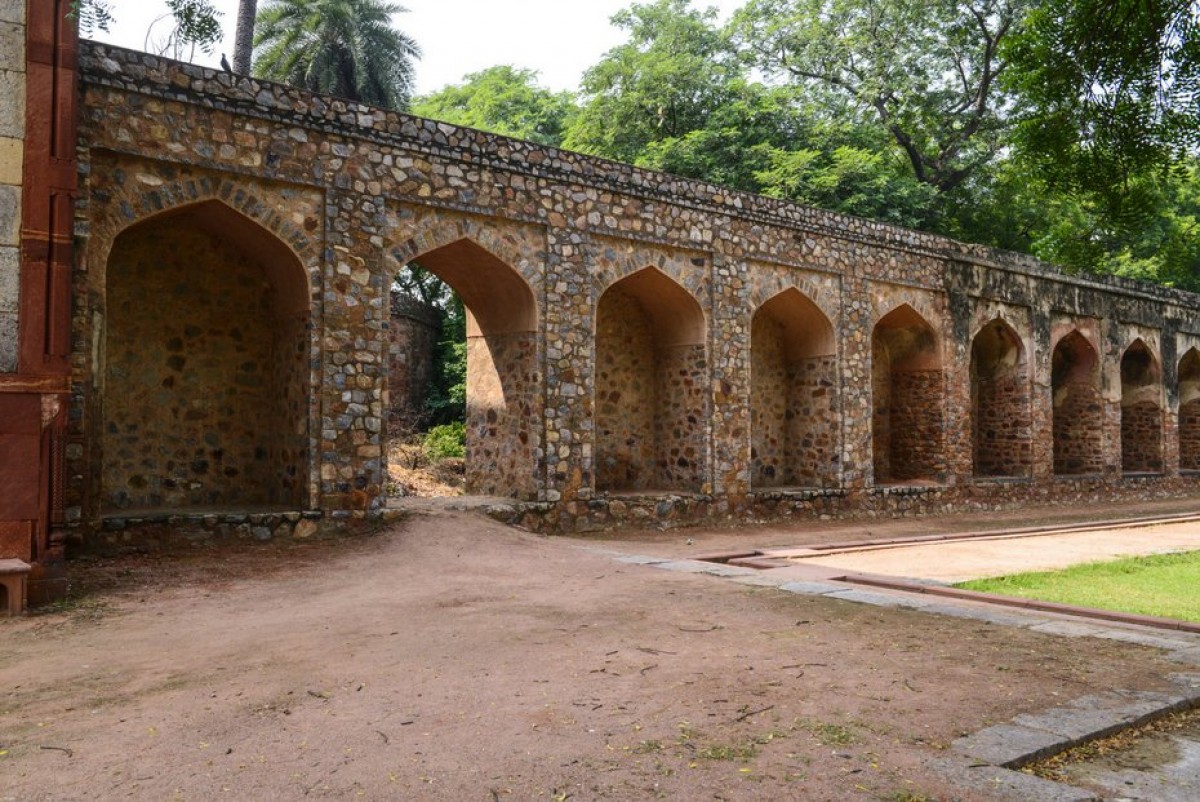 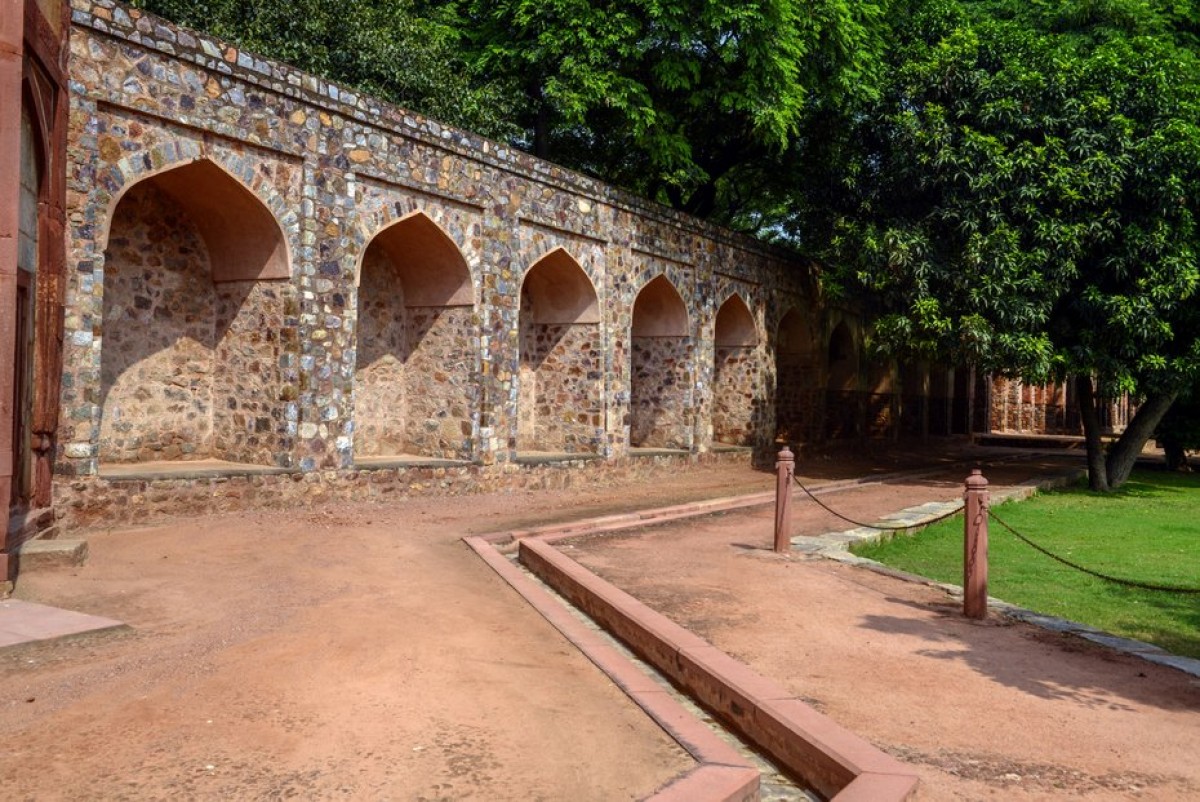